If you’re worried by the privacy structures of social media services but find methods of encryption a bit tricky to use and share, then you’ll be pleased to hear about Scrambls.

The service was developed by Wave Systems Corp. and it provides a simple method of encryption via key sharing for use on platforms like Twitter and Facebook. Users can create a group of people they want to share with, add their email addresses to a particular list to share keys and then those people will be able to decrypt messages on social media.

Scrambls was developed to try and find a solution that is easy to use and yet still provides privacy. Messages are encrypted in a way that means the social media platforms cannot read your messages either. No doubt that will throw a spanner in the works for targeted advertising. 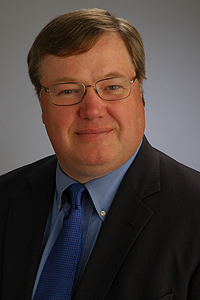 “We built a system that works solely in software that intends to take advantage of better protection of keys in the future. As we moved from lease line networks to public networks and needed VPNs to secure the traffic over public networks; as we move from internal messaging tools to public messaging tools we need the same, something to secure the  information that we put into the cloud that is independent of the cloud providers,” explains CEO, Stephen Sprague.

When teenagers express their drama online, it’s one thing to have a record of your life, but quite another when that is displayed through higher education or future employers. This way past messages can can still be kept, like a year-book or diary but the older updates are not so easy to read for all users.

Facebook has an existing method for creating groups of course, but on Twitter, this might add that functionality in a way that provides some finer control over who gets to see what. “There is an enormous need for us to take back a little bit of control over what we post, regardless of what it is,” says Sprague. “From a post on Twitter to a message on Yammer, there’s so many different services that are so valuable, do I really want to put my intellectual property out there forever?”

Another example of a way to use this software is for businesses. There are plenty of third-party social applications for work, but many large companies are unable to discuss clients or details in a natural manner if there are data protection issues. If users can encrypt their messages, then work places can free up their employees to experiment with social media in a way that does not compromise data security.

In comparison with trying to get all of your friends to use complex existing encryption methods, Scrambls is pretty easy to use. It’s a plug in that works on Firefox, Chrome, Safari and Firefox for Android. The company is hoping to release an extension for Explorer which should arrive in a matter of weeks and is working out how to develop products for iOS too.

Scambls also provides open web API, so developers working with third-party apps for Twitter or Facebook can also factor in a little privacy for their users.

Control for users is built into the system. Some messages can be encrypted up to a certain date, for particular people (be sure you let them have the key) or even set to become private after a certain amount of time. That’s a fair amount to learn, but if it really counts then it’s not actually that hard to pick up.

The system has been designed for consumer grade encryption, but Sprague says that the framework can also take much stronger forms of encryption if required. Though it makes messaging a bit safer, it is not intended for information that risks lives or might break the Official Secrets Act.

One thing that it can do is keep your personal life away from your professional one, without the need to run separate networks for different friends and that will no doubt be a bonus for adventurous teens who like to claim their weekend bragging rights, but might not want to share their exploits with their boss.

Take a look at the video and find out more about how Scrambls works.

Sprague says that Scrambl is open to review, so give it a try and let them know what you think. Working together on encryption can only make it stronger.