Samsung has today announced two new mid-range smartphones that will go on sale in China and other markets from next month.

The devices both offer a full metal chassis design and a middling spec list aimed at the ‘youth’ end of the market. Both also have 5-megapixel forward-facing cameras too for the obligatory selfies.

The smaller of the two, the 4.5-inch display-equipped A3, is just 6.9mm thick, while the A5 packs a 5-inch display and is thinner again by 0.2mm. As Samsung has managed to keep the depth down, they’re both reasonably light too, at around 110 grams and 120 grams respectively.

Both will be offered in Pearl White, Midnight Black, Platinum Silver, Soft Pink, Light Blue and Champagne Gold too. You can check out a more complete spec listing below, or at the official announcement. 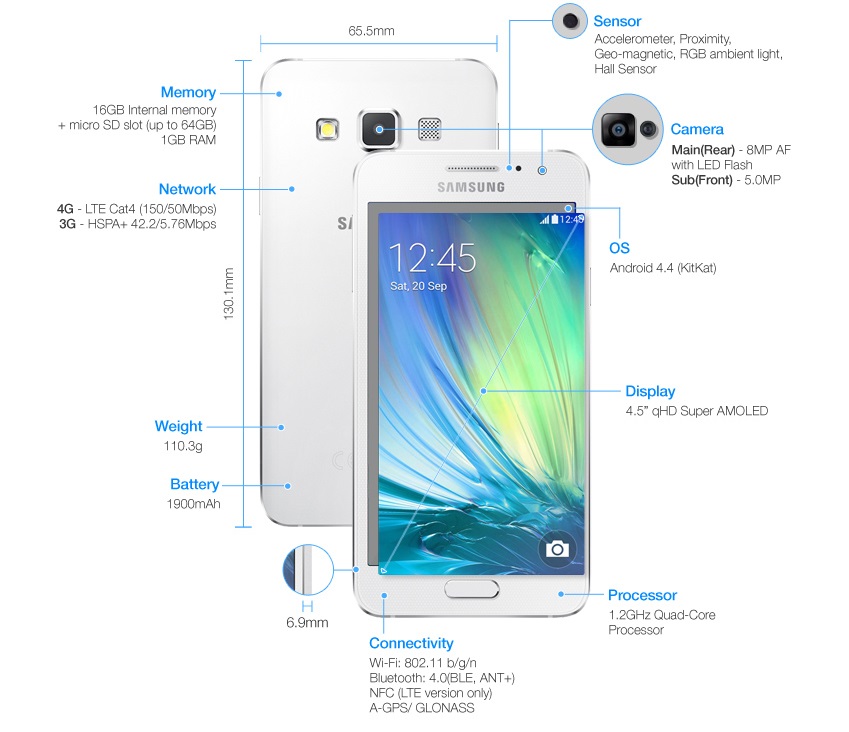 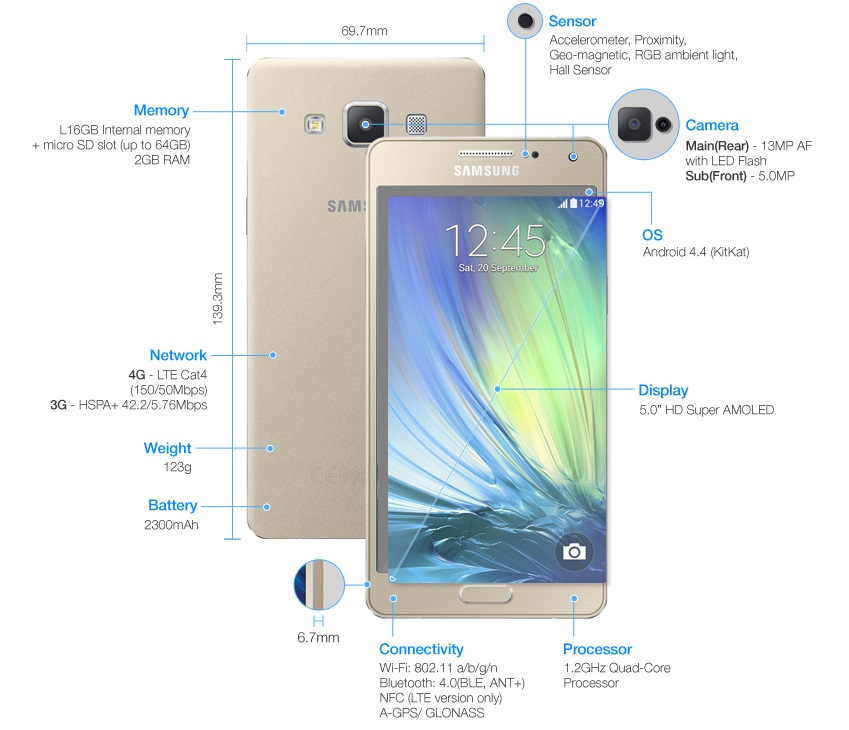 The decision to go after the mid-range market with a more concerted effort follows disappointing financial results yesterday, which showed the market tiring of Samsung’s traditionally all plastic devices  – revenue was down 9 percent in comparison to the previous quarter.

Clearly the company is trying to now shake off the perception of only making plastic devices. Then again, judging from the pictures, it’s still unmistakably a part of the Galaxy line, so there haven’t been any radical shake-ups in the design department.

There are no pricing details for the handsets as yet, but Samsung said it’s due to launch in “select markets”, including China, in November.