We all know what happened with Samsung’s first crack at foldable phones, but hopes were high for its sophomore attempt, the Galaxy Z Flip. After a sketchy teaser at the Oscars, the handset launched to a sea of positive reviews. “It’s the future,” was the common sentiment. Then it started breaking.

Yet another foldable with a shattered screen. That’s what I call a shattered dream. But who could’ve seen it coming? It’s as if we learned nothing from the not-so-distant past: Foldables are meant to be looked at, not to be used.

Samsung and Motorola wanted to change that with the Z Flip and the Razr. But it seems they’re coming up short.

[Read: Nope, I refuse to believe this leaked Pixel 5 prototype is real]

A little over a week after the announcement, we’ve already got the first reported case of a cracked Z Flip screen. The supposed culprit? Cold weather. Yep, you heard that right: The weather is allegedly breaking foldable screens.

Received my Samsung Galaxy Z Flip just now. Opened the box. Removed the protective/instruction film. Flipped the phone as you would do since it’s a flip phone and this happened. I heard the crack as well. ? cold weather?#SamsungGalaxy #ZFlip #samsung pic.twitter.com/j8KLL2vm8d

Call me skeptical, but my feeling is the weather is the least of Samsung’s problems. Over the last couple of days, we’ve come to discover the Z Flip’s “ultra-thin glass” scratches like plastic… because the glass it was made of is not exactly what you would call a durable material.

The Razr, too, is falling apart. A week after its initial review, Input noticed the screen on its $1,500 device has begun to peel off at the crease.

“We always try our best to not be alarmist, but when a giant horizontal air bubble appears literally out of nowhere and starts separating the top lamination and the display panel, we have to wonder why anyone would be optimistic about foldable phones,” Input wrote. 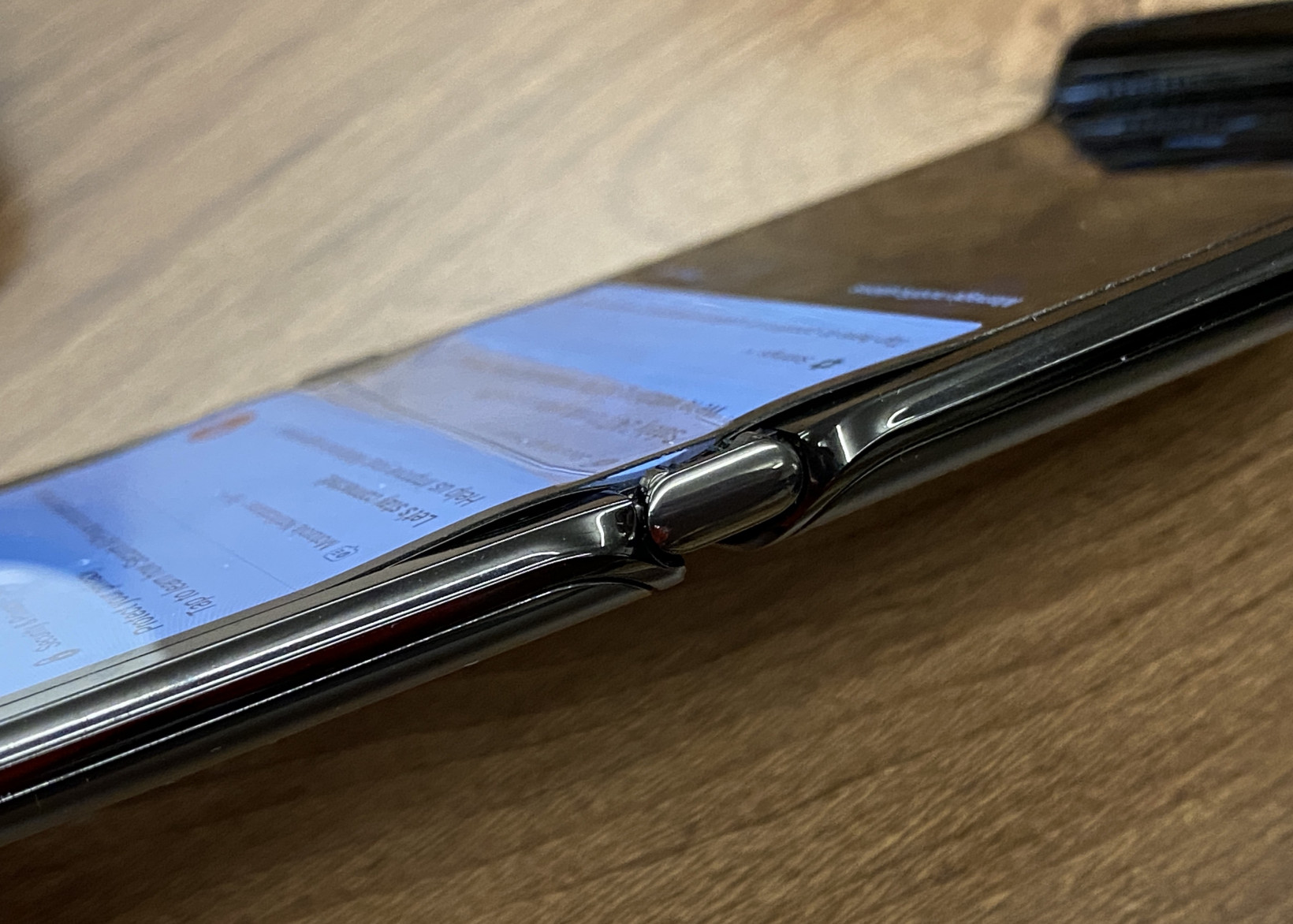 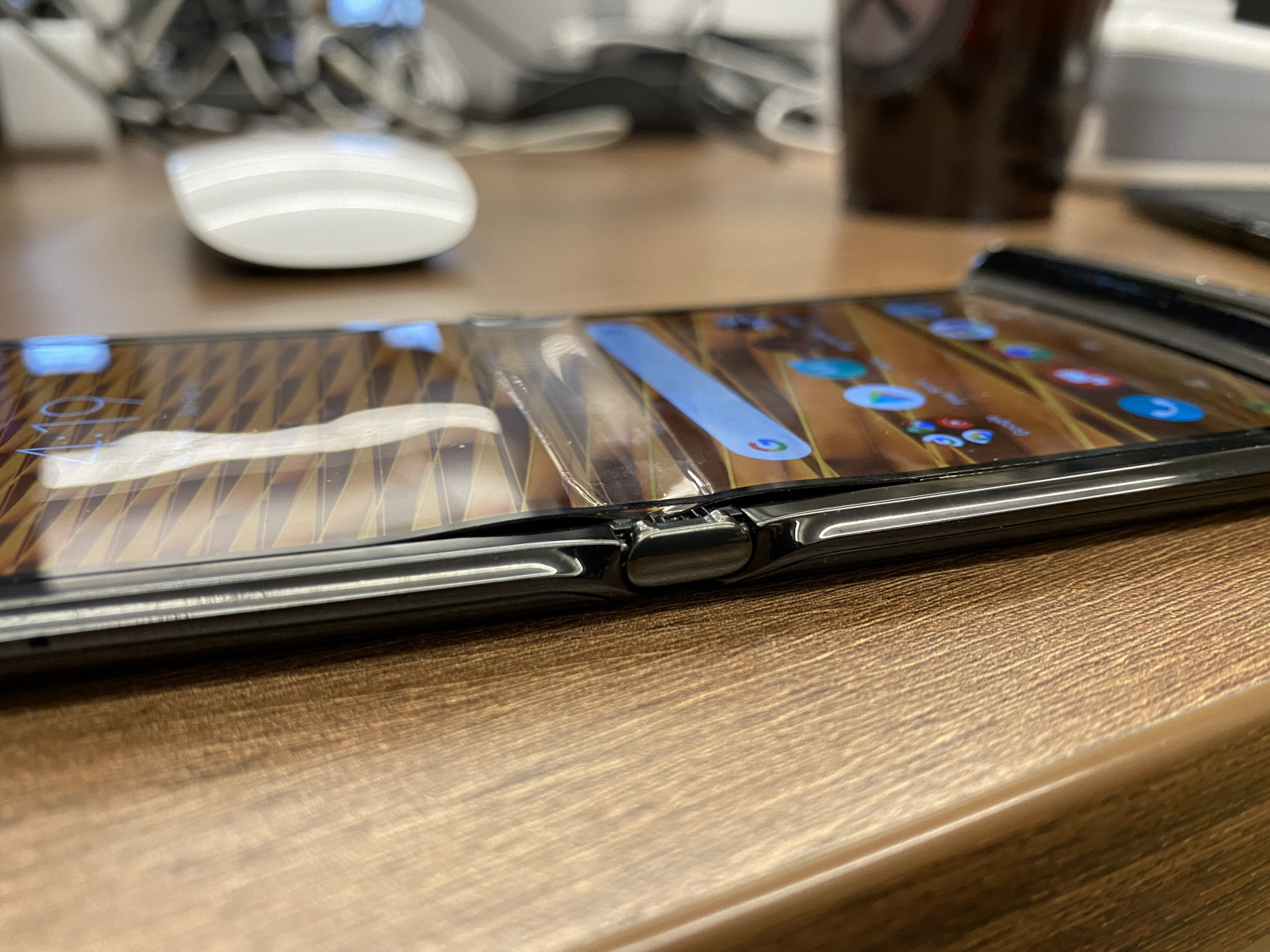 I won’t even get into the drop tests. I’ll let you take a wild guess how that went instead.

Despite warmer reception this time around, the sudden hardware issues shouldn’t come as a surprise.

To start with, most reviewers (but not all) had the Razr for about 48 hours, and the Z Flip — only for 24 hours. Sure, we’ve come to expect restrictively short loan agreements from Apple and new iPhones, but Android makers are generally happy to accommodate longer review windows.

But not when it comes to foldables, and not without a reason.

The more time a reviewer spends with a phone, the higher the risks of running into unexpected kinks. Factoring in foldables’ troubled endurance record (remember Galaxy Fold started “folding” after only 24 hours?), I can see why manufacturers are on their toes.

Because the truth is I doubt they’re surprised by this unfortunate outcome — and neither am I.

Update 09:05AM UTC, February 19: Motorola reached out to TNW to address the Input blunder:

“We have full confidence in Razr’s display, and do not expect consumers to experience display peeling as a result of normal use. As part of its development process, Razr underwent extreme temperature testing,” the company said. “As with any mobile phone, Motorola recommends not storing (e.g., in a car) your phone in temperatures below -4 degrees Fahrenheit and above 140 degrees Fahrenheit. If consumers experience device failure related to weather during normal use, and not as a result of abuse or misuse, it will be covered under our standard warranty.”

The company further said it’s asked Input to ship back the phone so it could investigate the issue. Personally, I’ll hold off copping a foldable until the devices have been a little more battle-tested, but you do you.