The Galaxy Note 8 was one of the best phones of 2017, yet I couldn’t help but feel Samsung played things safe after the flaming Note 7 fiasco. Not so with the Note 9.

The company has regained its confidence and returned the series to its overpowered roots. I’ve been using the device for over a month now, and it delivers on almost everything you’d want on a $1000 phone. Unless you’re looking for a small and cheap device, there’s something for everyone.

The Note 9 isn’t a radical design departure from its predecessor. It’s still a glass-and-metal sandwich, and the only significant aesthetic changes are new colors, slightly chamfered edges, and a better location for the fingerprint sensor below the cameras.

By now Samsung’s design language is a little stale, but beyond that context, it’s still a classy looking device – I assume Samsung is waiting until next year’s Note 10 before a major overhaul. And though I don’t think iPhone X-like notches are as bad as they’re cut out to be, I give Samsung props for not blindly following the trend.

This time around, it’s what’s inside that counts:

As far as I’m concerned, the key specs are the RAM, storage, and – most importantly – the massive 4,000 mAh battery. Unlike last year’s Note, which basically just offered a stylus and telephoto lens over the S8+, the Note 9 is unambiguously positioned as the more powerful device. In fact, there aren’t many phones that can go spec-to-spec with it on the market. The Note 9 makes the Pixel 3’s max configuration with 4 GB of RAM and 128 GB of storage look positively midrange.

Those specs aren’t just for show; the Note 9 performs every bit like a flagship. I felt the Note 8 was the first Samsung device to maintain its performance in the long term, and so far the Note 9 continues that trend.

It’s worth emphasizing that the phone is speedy despite all of Samsung’s extra features over stock Android. After spending so much time with the sparse Pixel 2, it’s a nice change of pace to go back to a Samsung phone.

As I wrote in my Note 8 review, here just some of the things you can do on a Samsung phone, stock, that you can’t do on a stock Pixel if it all:

Other than some unnecessary duplicate apps, I think Samsung’s software has found its stride in offering useful features without making the phone feel bloated.

Those features don’t seem to impact battery life either. The 4,000 mAh unit provided some of the best longevity in a device I’ve tested so far this year. I usually set my brightness around 70 percent and do a lot of work from my phone, but regularly achieved over 6 hours of screen-on time. The battery never ran out before I went to bed. Just one caveat: Dear Samsung, please upgrade from Quick Charge 2.0. Everyone else except Apple is on a faster standard.

The S-Pen is a lot more powerful now that it has Bluetooth. I mainly used it as a remote shutter for the camera, but I also appreciate the convenience of being able to play and pause media when I happened to have the pen out. My favorite S-Pen feature remains the ability to start writing on the display even when the phone is screen is off. That was introduced way back in 2015, but it’s still one of the best things about using a Note.

I have more mixed feelings about the camera. It’s still very good, but it doesn’t particularly stand out to me in a crowd of increasingly better mobile cameras.

The photos largely resemble those from the S9. Though the variable aperture may be the headlining feature, it makes relatively little difference for most photos. It helps daytime photos be a bit sharper than they might otherwise be with that F1.5 lens wide open, but it’s not something that makes an immediately palpable difference.

If you’re coming from a 2017 Samsung device, the biggest improvement lies in the in the HDR algorithm and low light performance. Samsung’s camera is on par with Google at retaining highlight and shadow detail in daytime images, though the rendering is consistently duller. 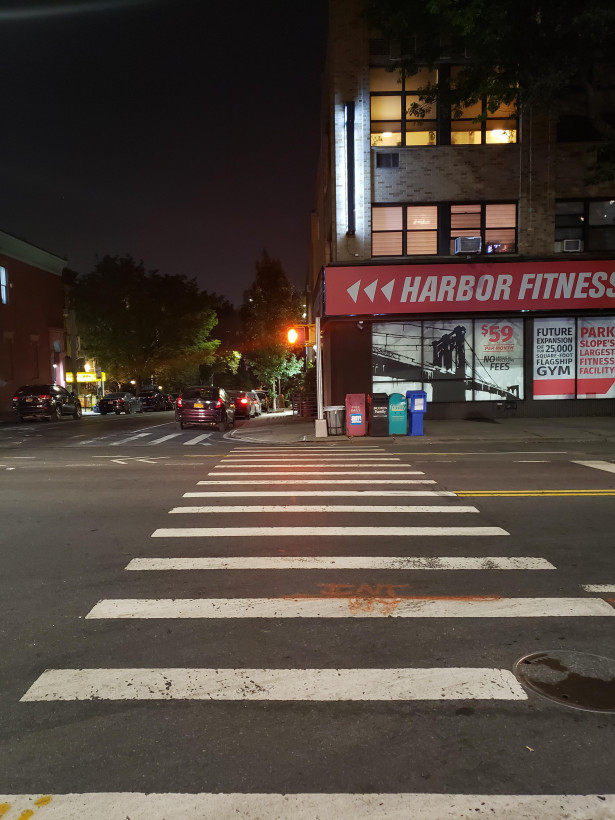 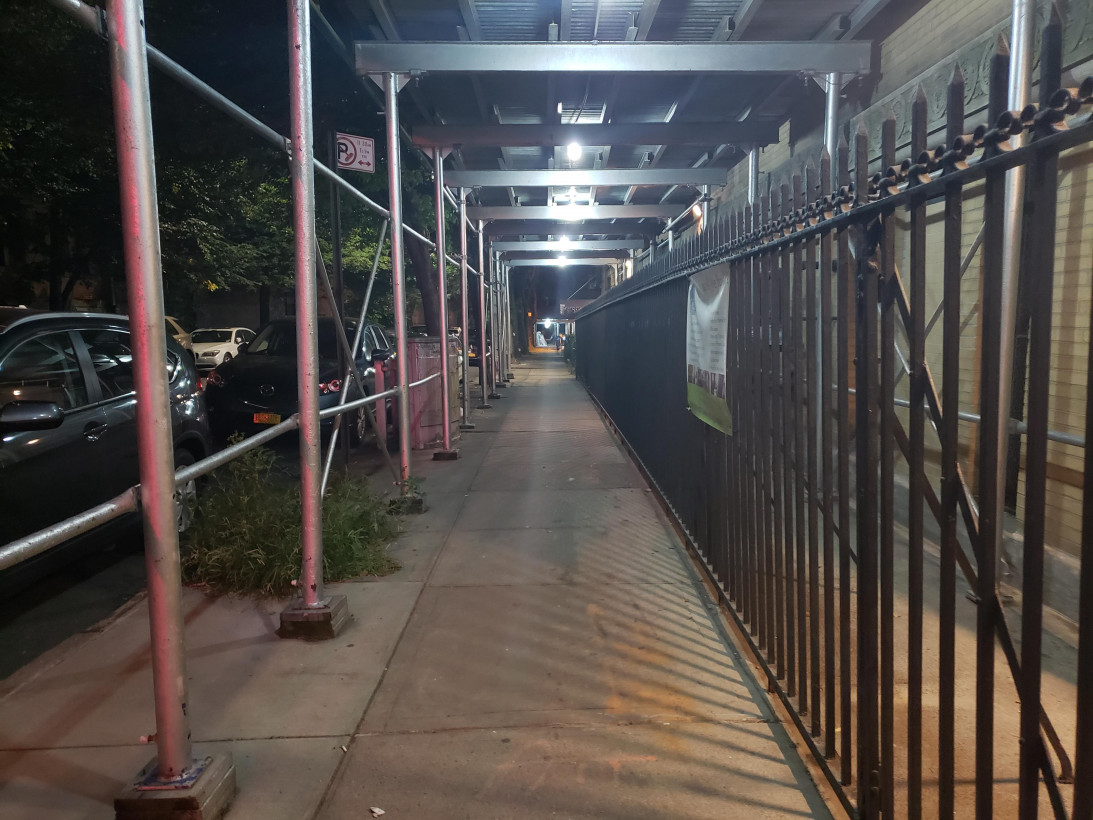 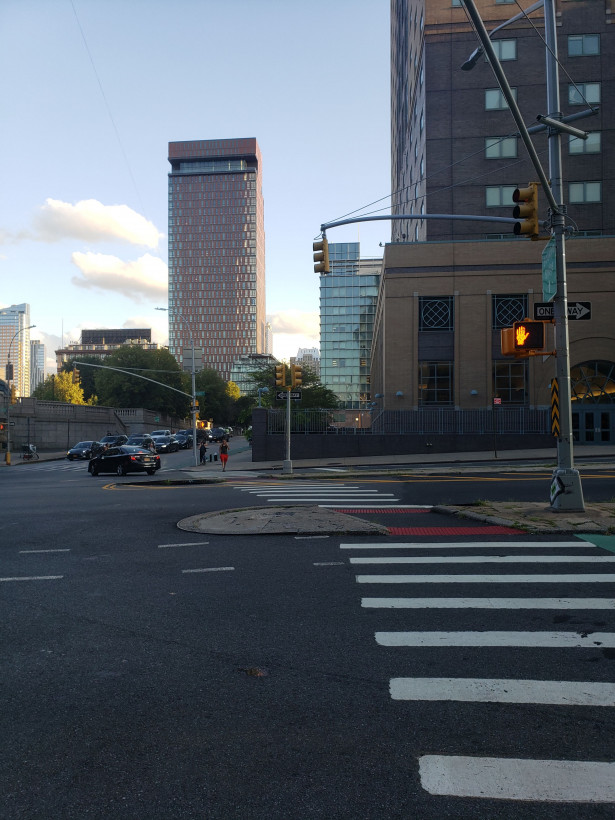 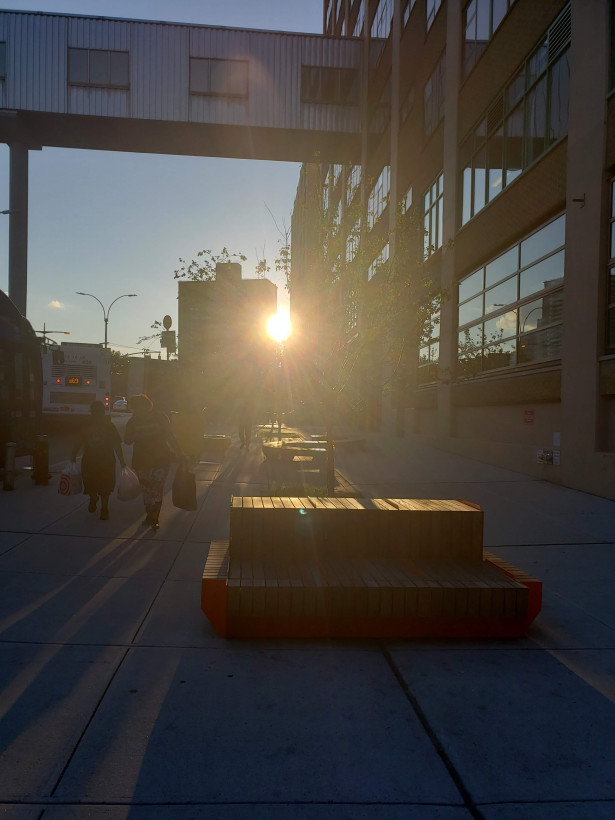 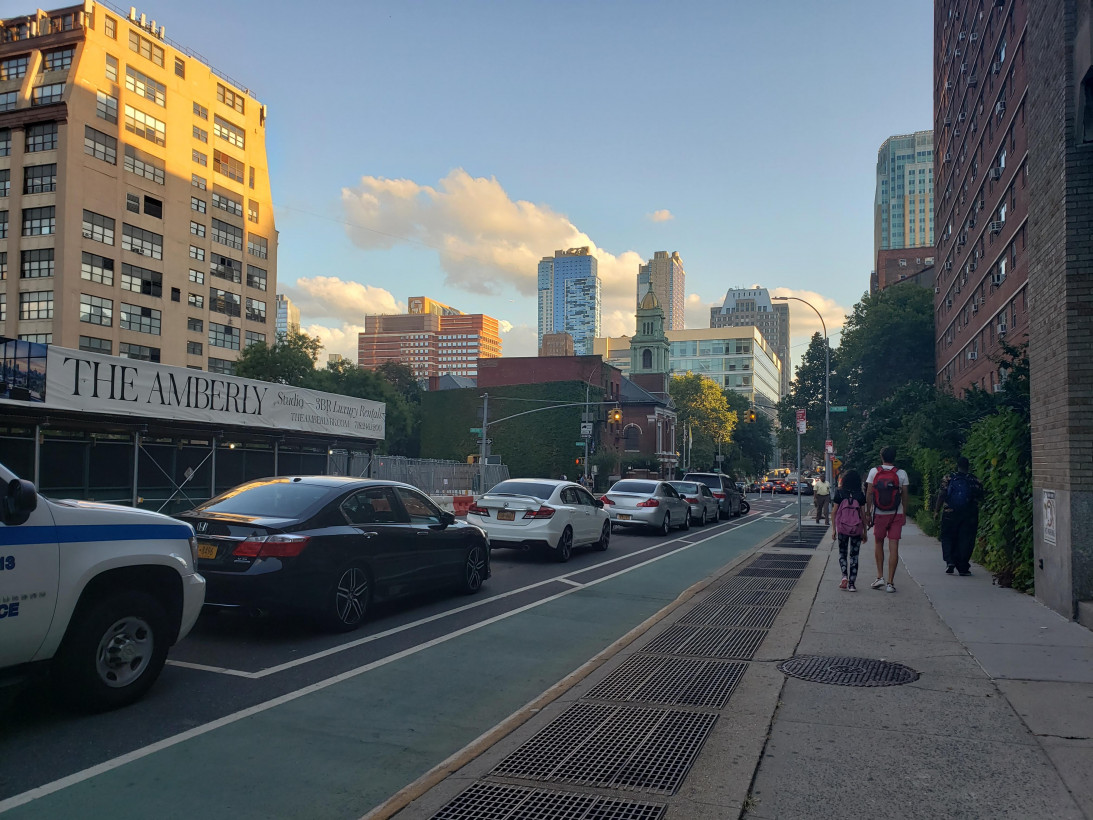 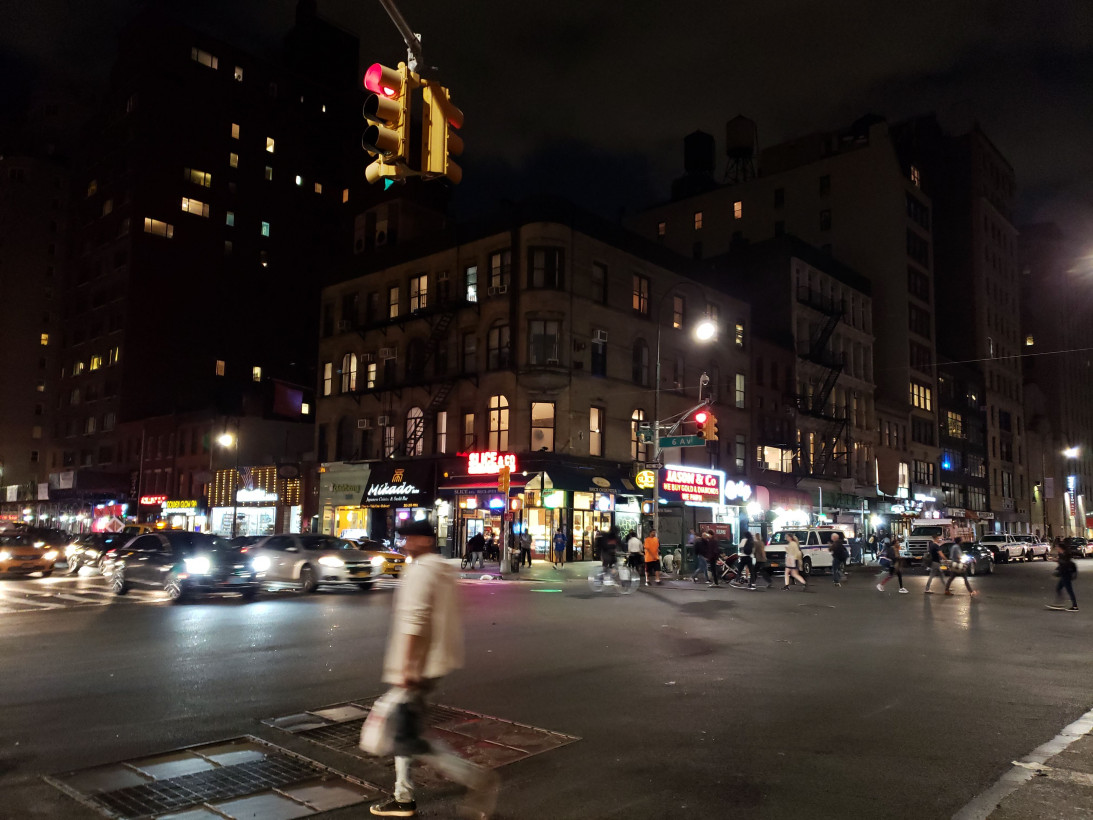 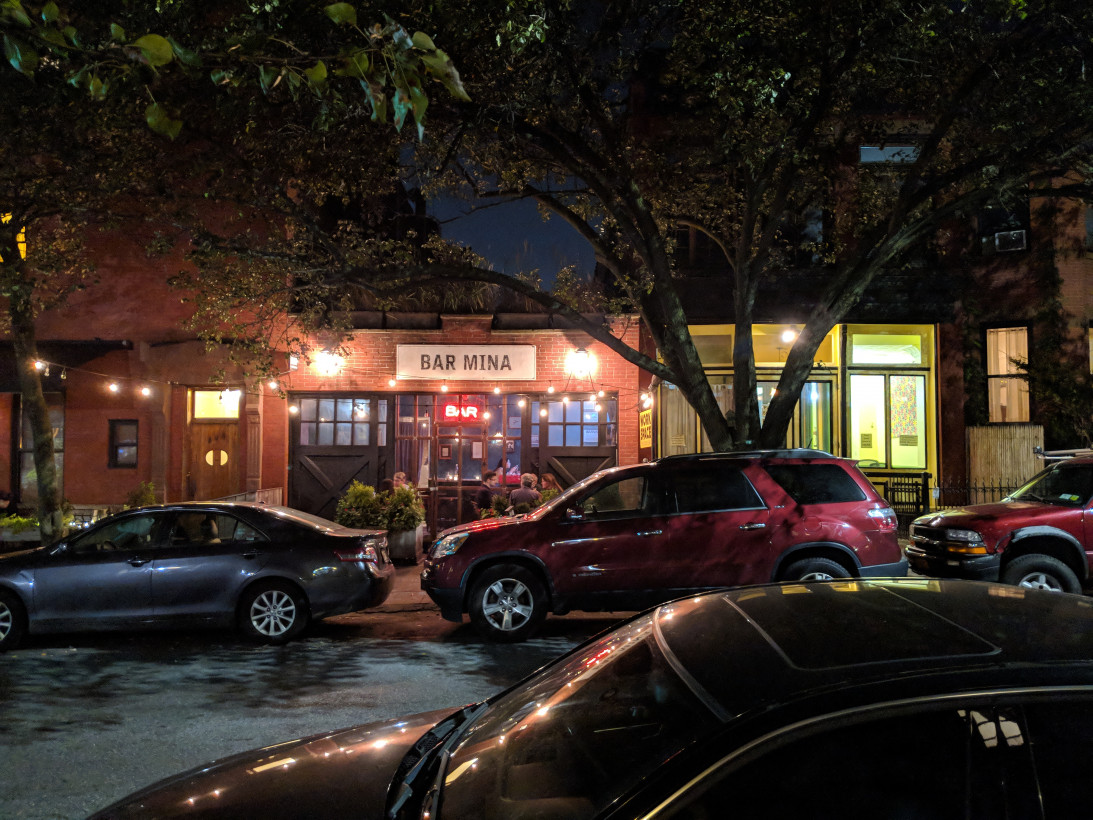 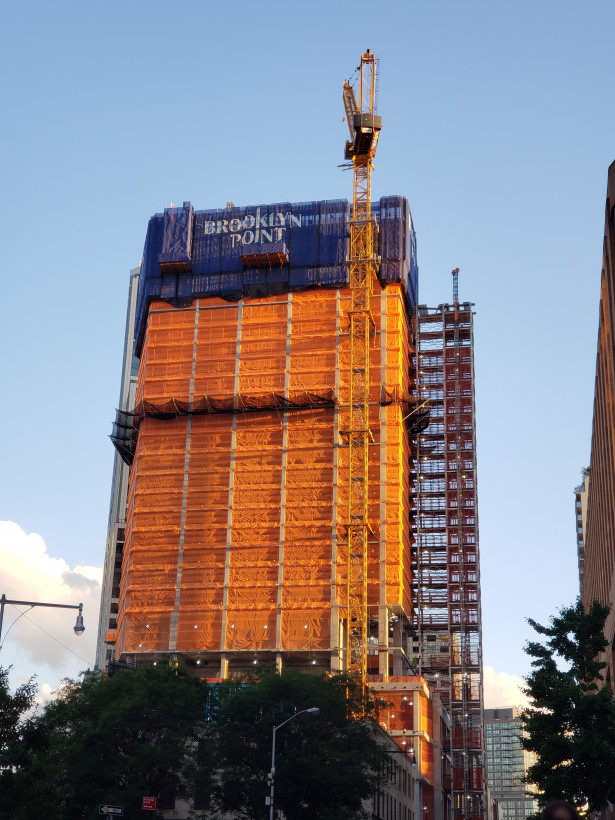 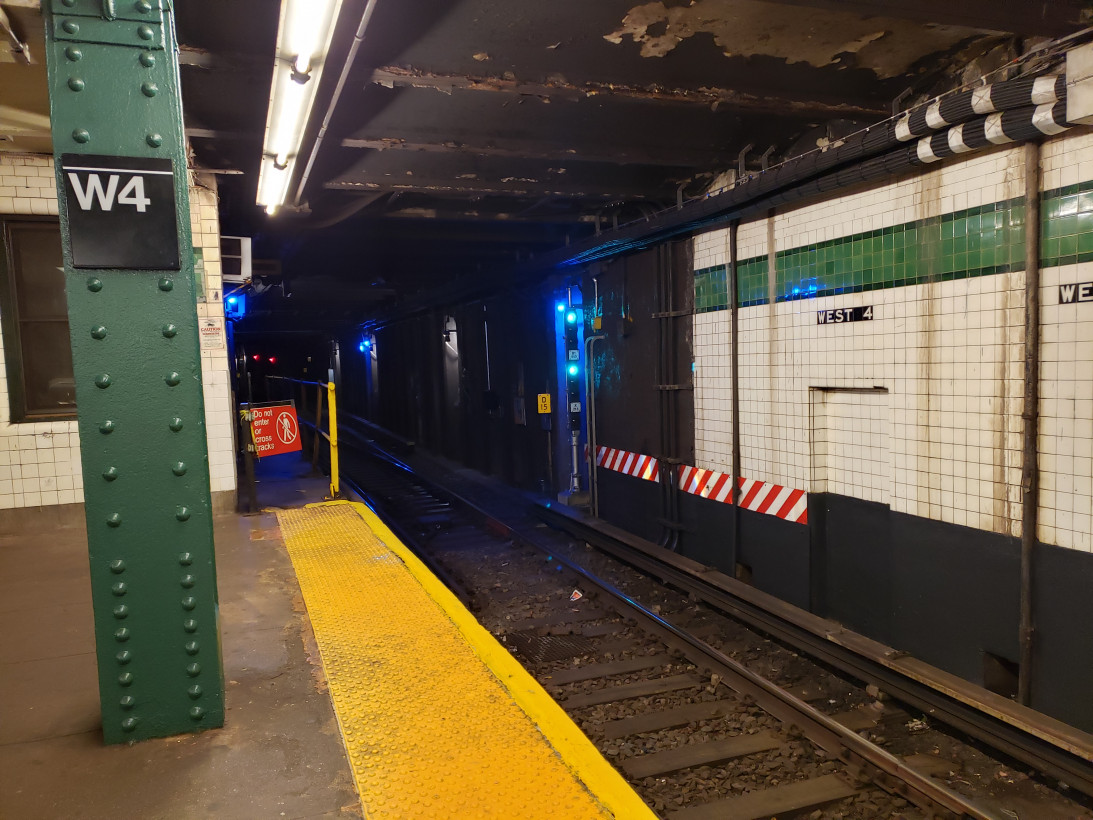 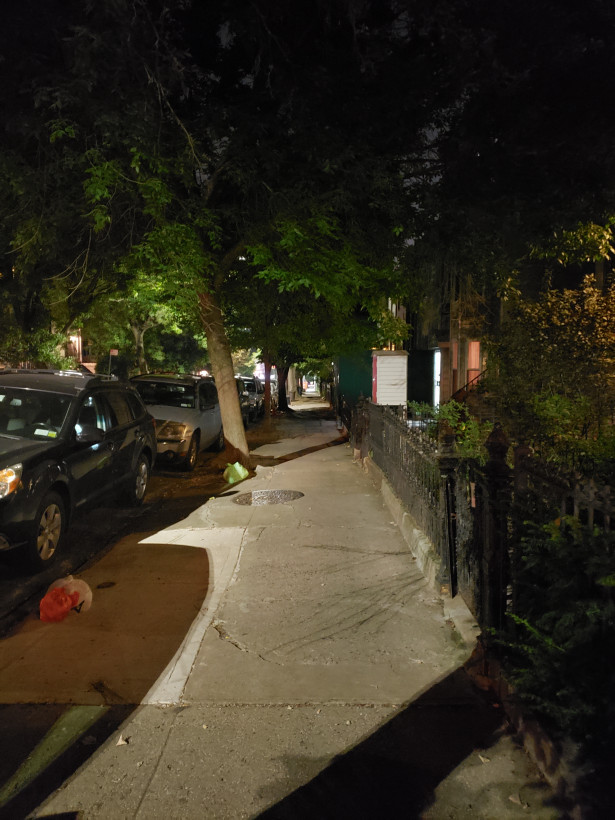 My issue with images from the Note 9 is with its processing. In daylight, images are slightly over-sharpened and some fine detail is smoothed out. That’s usually fine, but at night, Samsung prioritizes noise reduction far over detail, leading to soft looking images. For what it’s worth, Huawei is guilty of the same, but the much larger sensor on the P20 Pro mitigates the need for noise reduction in the first place.

Take this image from the Note 9:

And then one taken seconds later with last year’s Pixel 2 XL:

This was a consistent story with the Note 9’s images. Not only does Google do a better job with lighting, the image also retains much more detail.

I’m being a little harsh on Samsung here though. It’s still a good camera, and I appreciate the wealth of shooting options not available on other phones. Most people won’t notice my particular qualms; I just think Google, Huawei and Apple have a leg up on image quality.

If I weren’t so particular about the camera, the Note 9 would very likely be my daily driver. Despite those personal reservations, Samsung is in the upper echelon in performance, features battery, camera, and display. It’s one of the few flagships that keeps the headphone jack, and it’s the only one that’ll get you a stylus – let alone one that’s actually useful.

The only things it’s not good at is being compact and affordable. Starting at $1,000, the Note 9 is really expensive. I’m remiss to encourage snowballing flagship prices considering phones like the OnePlus 6 get you there for nearly half the dough.

But unlike other devices in this price tier, Samsung packs its flagship with enough specs, features, and polish that the price might actually be worth it.