I didn’t want to have to do this, but we need to talk. The levels of automation thought up by the Society of Automotive Engineers (SAE) are not what you think. It’s probably time that we let them go.

Human-machine interaction researcher Liza Dixon summed up the reason why quite clearly in a Tweet yesterday.

In short, the main problem is that they’re way more complicated, and nuanced than carmakers — and the media, I admit — ever acknowledge.

This is the document where the famous blue & green chart of SAE Levels of Driving Automation comes from.

This is why the levels are not a "race" and this is why we do not say meaningless things like "L2+" pic.twitter.com/8q5sUMp05o

If you go into the real nitty gritty details, and read the full documentation about the SAE autonomy levels, it becomes a lot clearer that the way they’re being propagated in public isn’t how the SAE intended.

In a world driven by mouse clicks, it’s understandable that the public discourse on self-driving vehicles is becoming characterized as some kind of race to nurture excitement. The narrative pits each carmaker, startup, and developer against each other in a sprint to the finish.

Just last week in Japan, Honda claimed to have released the first Level 3 certified vehicle. The certification came from the Japanese Ministry of Land, Infrastructure, Transport and Tourism, Jalopnik writes.

But this asks more questions than it answers. Does that mean that Honda’s self-driving tech will get the same certification in other countries? How do we establish what level a car is? Who should get authority and oversight on this kind of stuff anyway? What does it all mean?

More generally, this frantic miasma has brought other questions to our minds, such as: Who will be the first to deliver a mass-market Level 5 vehicle? When will there be 1 million driverless taxis on our roads? What company will make the world’s first Level 3 certified vehicle?

Perhaps these questions — and narrative — has formed to instill excitement, or conceptualize in a simple manner, what is a deeply complex conversation that spans hardware, software, infrastructure, policy, and the law — and is actually way further from reality than many stakeholders would suggest.

However, it’s not surprising the SAE levels have been characterized as a hierarchical race to the top. After all, the word “level” suggests some kind of progressive ranking which can be progressed through as if it were some kind of video game. And what happens in a video game? We complete and work through each level to reach the final stage where victory awaits.

The reality is, it’s not a race — or a video game. Lives are at stake, not fake pixel-based ones, actual real human lives.

As Dixon points out, the SAE’s true intention is not for the levels to assume some kind of hierarchy, where the higher the number the better the system is. Or for it to appear as some kind of spectrum that has an infinite number of possibilities, so long as they fall between zero and five.

Level 2 already means diff things to different ppl. L2+ in context be interpreted in diff ways: Level 2 & higher? Level 2 "Advanced"? Level 2 too? There is no central source that defines its meaning.

The use of L2+ further degrades this already deceivingly difficult taxonomy. pic.twitter.com/slUvJpV9mW

The SAE’s levels of automation should be viewed more discreetly than this. We should be stricter with our interpretation of them, we should not perceive overlap between the levels, and we definitely shouldn’t allow carmakers to get away with vague terms like “Level 2 plus” or “Level 2.5.”

Think about Tesla and how it talks about its “not actually self-driving tech.” One of its systems is called Autopilot, the other system is called Full Self Driving. Even though they are different systems, they are capable of largely the same thing to varying degrees.

However, in both cases, the tech doesn’t extend beyond Level 2, because a driver is required to be fully aware of the road at all times, as per the company’s disclaimer on the tech.

As more terminology like that enters the self-driving discourse, the actual capability of vehicles at each level become less clear, and what the SAE Levels actually mean becomes muddied. There is no arbiter of truth when it comes to enforcing these levels either it seems, which lets companies run rampant interpreting the SAE Levels however they please, to meet their own ends.

We’ve spoken of the dangers of this lack of clarity numerous times on SHIFT, but in short, when people don’t understand what their vehicles are capable of, they become dangerous unintentional weapons.

Perhaps it’s time we broke up with the SAE Levels to start afresh. We need to reconceptualize how we categorize self-driving vehicles, autonomy, and driver assistance systems so that they appear discreet and clear.

With hindsight, it seems using the word “levels” was a bad idea from the start.

Sorry SAE Levels, but it’s time we broke up, and started over. 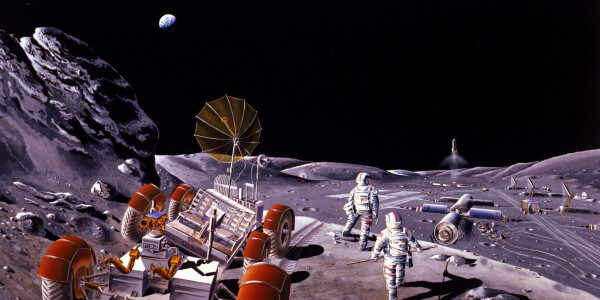