Concerned Ripple (XRP) hodlers were terrified to wake up to news that their coin of choice not only dropped to third place on CoinMarketCap, but also dipped a staggering $20 billion from its total market share.

While the price and total market cap of Ripple did indeed take significant dips around 5AM UTC on January 8, the unexpected drops were purportedly the result of CoinMarketCap’s decision to remove XRP prices from Korean exchange desks from the total average – and not people pulling their investments en masse.

For the record, taking Korean prices out of the equation caused Ripple’s overall market share to drop from over $123 billion to $103 billion on CoinMarketCap; its price registered a decrease from $3.19 to $2.67. 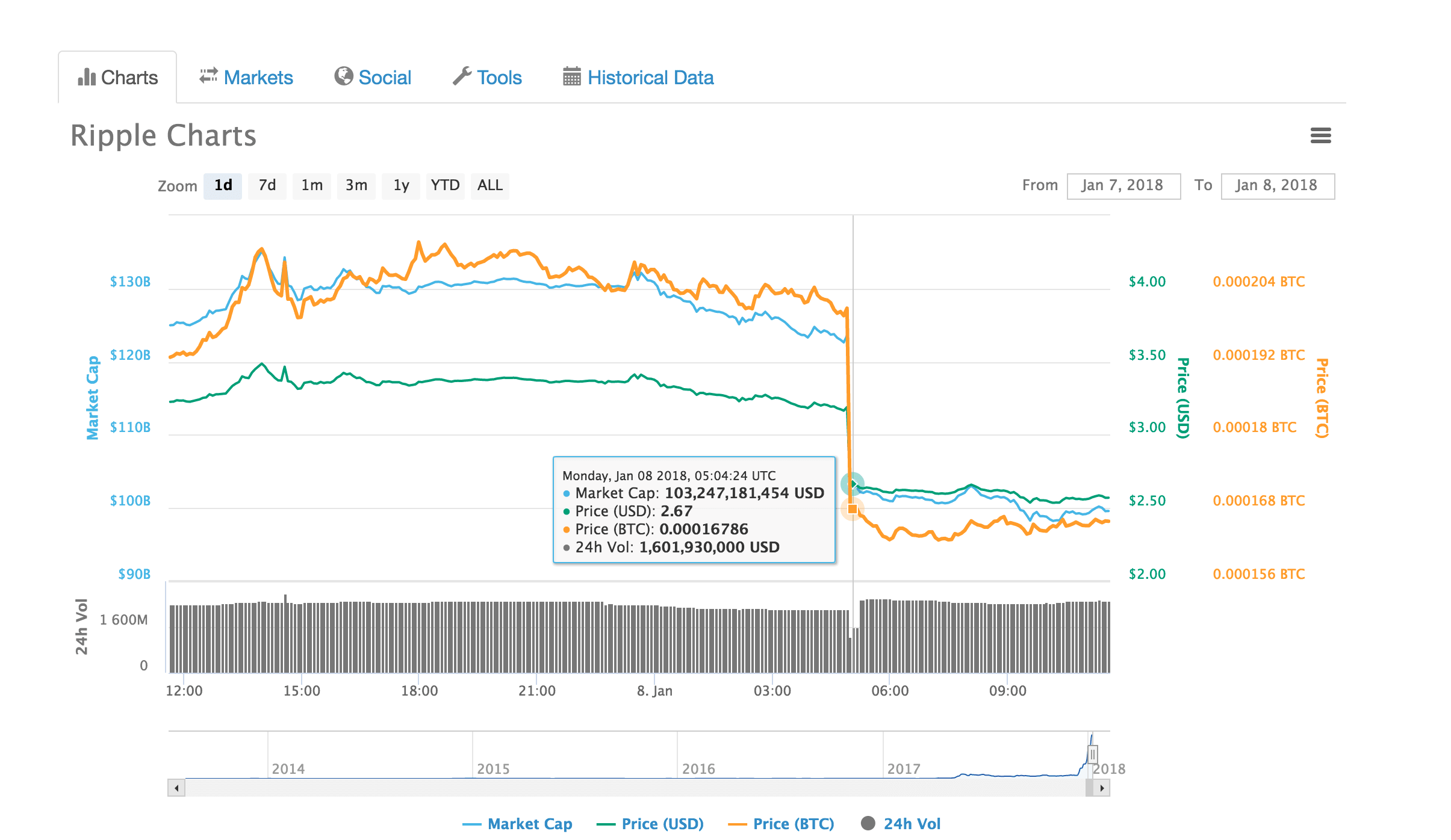 Responding to the waves of worried crypto-traders, Ripple chief cryptographer David Schwartz took to Twitter to clarify the reason for the sudden plunge, noting that the data displayed on CoinMarketCap is somewhat misleading.

While the cryptographer agreed that factoring out Korean exchange prices from the average “makes sense” so long as CoinMarketCap provides a “notice” to explain away the cause for the sudden drop in price and market cap. This is exactly how the site handles volume corrections.

Coinmarketcap's decision to exclude Korean prices from the displayed XRP price made the price appear to drop, likely triggering some panic selling. Look closely at the data and don't be mislead.

Indeed, alternative cryptocurrency price tracking solutions like Live Coin Watch continue to show Ripple as the second largest currency by market share, boasting a market cap of $121 billion and a price of $3.16 at the time of writing.

Unlike such trackers though, CoinMarketCap has opted to exclude XRP prices from Korean-based exchanges Bithumb, Coinone and Korbit, where the price of Ripple was more than a dollar higher than on any other exchange.

While unusual, some currencies trade higher on local exchange desks than on international ones. The dynamic behind this phenomenon is not easily explainable, but it ultimately comes down to higher demand for certain coins locally than internationally. Just ask Nigerian and Indian Bitcoin-traders about this.

The problem in factoring in locally-pumped prices in global charts, though, is that it makes things especially confusing for users trading on international exchanges.