I’m going to come right out and say it: I didn’t have high expectations when I agreed to review Onn’s 8-inch Android tablet, a Walmart exclusive. But I’m glad I did because this is a decent little slab.

My trepidation wasn’t because Onn is one of Walmart’s veritably untested tech brands, nor did it have anything to do with the fact that the tablet only costs $64. No, the reason I didn’t have high expectations is because most tablets that aren’t made by big tech companies suck. Sure there’s an outlier or two, but nine times out of ten a tablet under $70 is going to be a piece of crap. This one isn’t. And Onn was smart enough to know that trying to take on Apple, Microsoft, and Google in the gadgets department probably wasn’t going to get it very far.

Instead, it’s clear that Walmart’s going after Amazon. And it’s bringing Android with it. But before we get into that, here’s the specs on this modest tablet:

These are humble specs compared to flagship tablets, but the price matches. Using the Onn tablet doesn’t require a lot of concessions. You can do everything on it that you can do on most mid-tier phones. This includes playing games – I spent about an hour of my work day playing Stardew Valley on it without any problem.

Its internal speaker is fine for casual use and it has Bluetooth support and a headphone jack for people who want better sound. The screen isn’t gorgeous, but if you’re used to watching a 1080p HD TV you’ll probably think it looks great. Finally, the cameras are passable. This isn’t a device you’ll use to record brilliant videos and photography, but you can definitely video chat with it and the pictures will do just fine for grandma on Facebook.

In the looks and build department I’d give it high marks. This tablet looks very generic, but in the best way. Rather than try and make its mark by being different, it’s like Onn designers came up with a prototype for “typical 21st century consumer tablet” and then whittled away everything unnecessary. 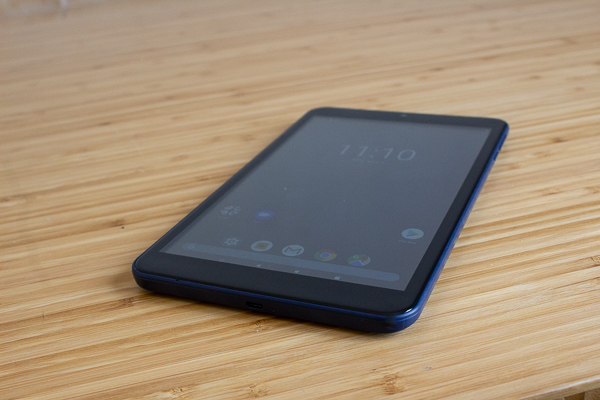 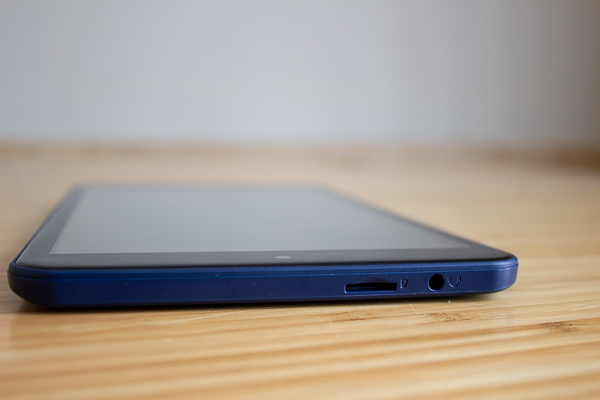 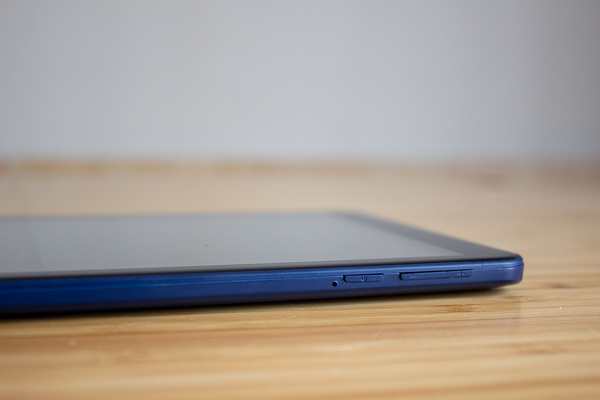 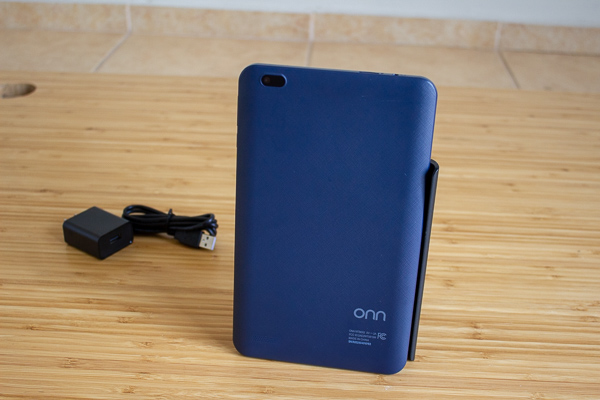 You get a power/lock button, a volume rocker, a USB port for charging, an SD card slot, and a headphone jack. On the back of the device you’ll find the company logo printed discreetly in gray on blue. To call this device understated would be an understatement.

More importantly though, is the build. This thing is tight and solid, it feels like it could take a bit of a beating. That’s not to say it’s built for punishment, but Walmart knows parents are going to buy this for kids. As a tech dad with a toddler, I approve.

Like Amazon’s Fire HD, the Onn tablet comes with pre-installed software. Instead of Amazon Prime apps it’s Walmart’s apps. It’s a smart move to take a page out of Amazon’s playbook here, and a clear sign that Walmart is picking its battles wisely.

Make no mistake, Onn isn’t trying to become the world’s best tablet manufacturer: Walmart is trying to eat a few pieces of Amazon’s pie. And with products like this, it just might succeed.

In my opinion this is the best Android tablet you can get for under $80 bucks. I’m a big fan of Amazon’s Kindle Fire HD tablets because my kid loves ’em and they’re super convenient for Prime users. But the Achilles’ Heel of Amazon’s devices is that it’s a bit of a pain in the butt to do stuff outside of the Kindle-verse. Android’s as close to agnostic as a tech user can get, and that means this tablet will work well for most people.

It’s neither flashy nor fancy, but it gets the job done if you’re just looking for a slab to watch YouTube, check Facebook, and play Angry Birds on.