Vivitar recently released its 360 Skeye View Follow Me Drone, a quadcopter sporting a built-in 360 degree camera and some nifty GPS features. I spent a few weeks putting a review unit through the paces. Turns out, Vivitar makes a quality product, but it could use a bit of help in the app department.

Having never piloted one of the company’s quadcopters before, I was eager to try my first. And upon unboxing the drone I was immediately impressed. Vivitar packs everything you need in the box, down to a screwdriver for the battery compartment on the remote.

But what immediately leaped out at me was the drone itself. Both it and the remote control are coated in soft-touch plastic and it makes a nice impression. The device feels solid and well-built, and snapping on the camera and prop guards is a cinch. If you’ve flown similar devices before, chances are you’ll be up and flying within fifteen minutes (barring battery charging, which took a couple of hours).

The Follow Me Drone’s included 16.1 megapixel camera shoots at 1080p in normal, 360, and VR modes. It manages to capture decent images and video, despite suffering from a bit of shake. This isn’t a top-of-the-line device featuring an expensive gimbal or advanced vibration dampening system, but Vivitar manages to squeeze some performance out it anyway.

As far as the drone’s specs go, it’s a medium-sized quadcopter at 40 cm (16 in) across, and it’s packed with dual GPS and WiFi functionality. The remote is standard fare and features all the normal functionality you’d expect. If you’ve flown a quadcopter before you’ll be right at home with the manual controls. And if you haven’t, the remote has one-touch takeoff and landing.

It also has several advanced features that make it a lot of fun to play with. First up is the Follow Me mode that it was named after. As advertised, it works quite well. When placed in this mode the drone will maintain a distance of about 20 meters from you and the remote control. It’s a pretty cool feature that almost doubles as a party trick if you’re around someone whose never seen it before.

The drone has a Return Home feature that’ll send it back to the location it took off with the push of a button, or in the event it gets out of range – which is limited to 300 meters (1000 ft). It also boasts auto hover, headless mode, and some pretty good looks.

Aesthetically, it’s pretty easy on the eyes. I’m not big on black tech devices, but the splashes of bright orange make it a bit easier to deal with. I appreciate that it has prop guards and detachable landing rails, and overall I felt the device was solid and sturdy. 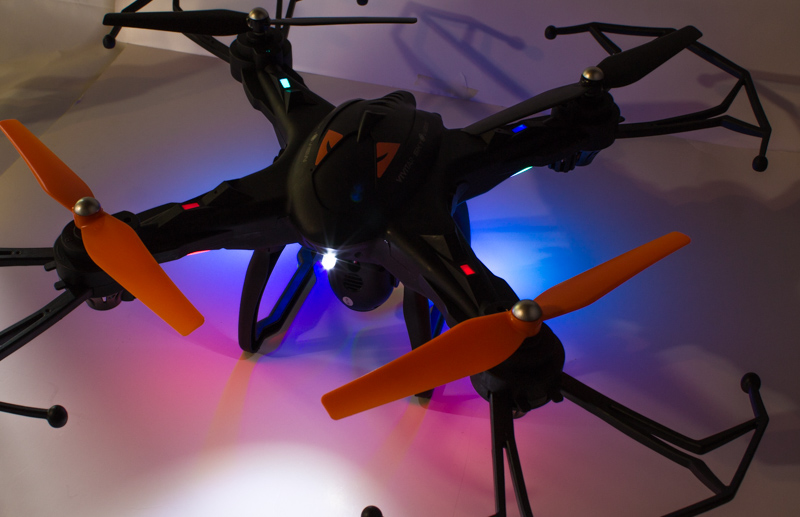 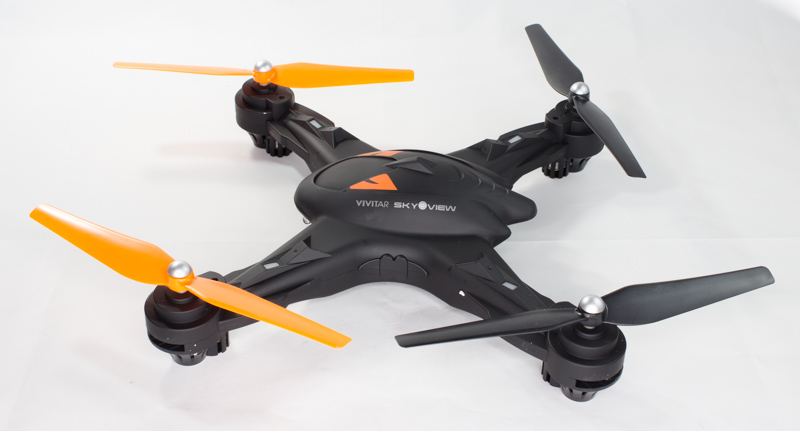 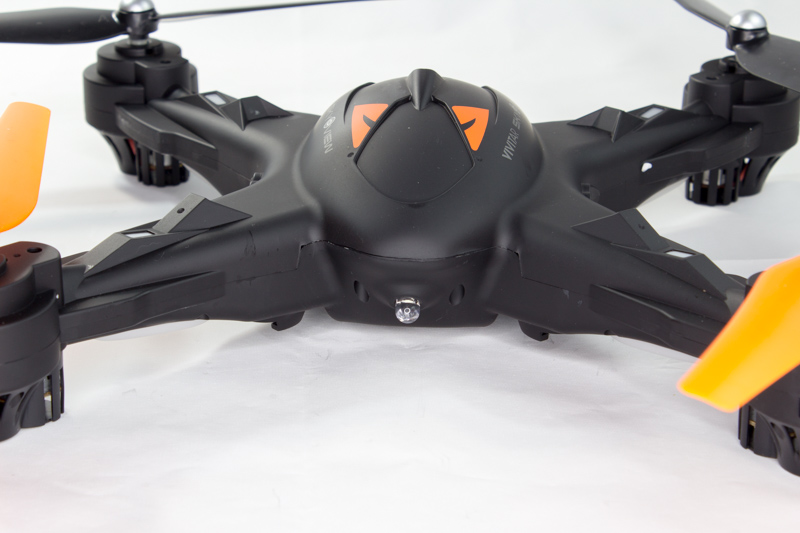 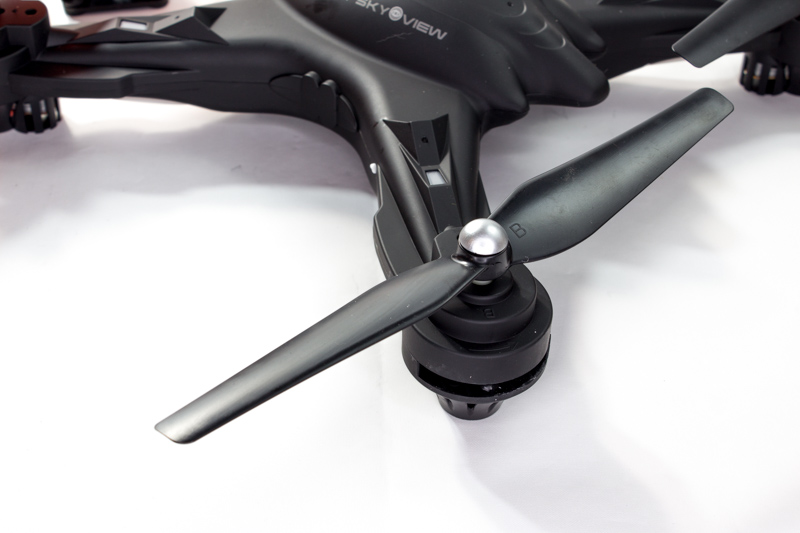 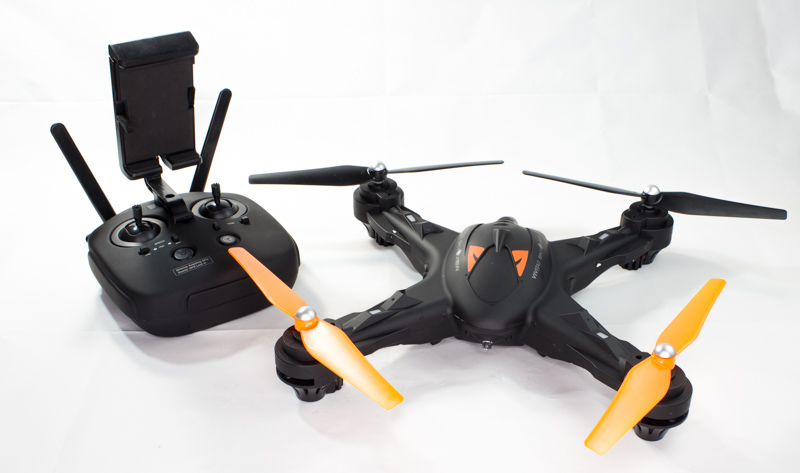 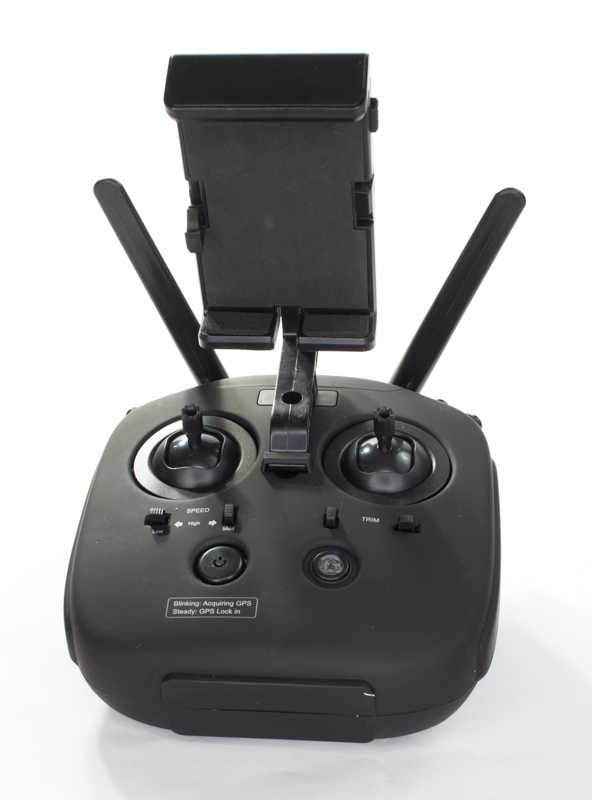 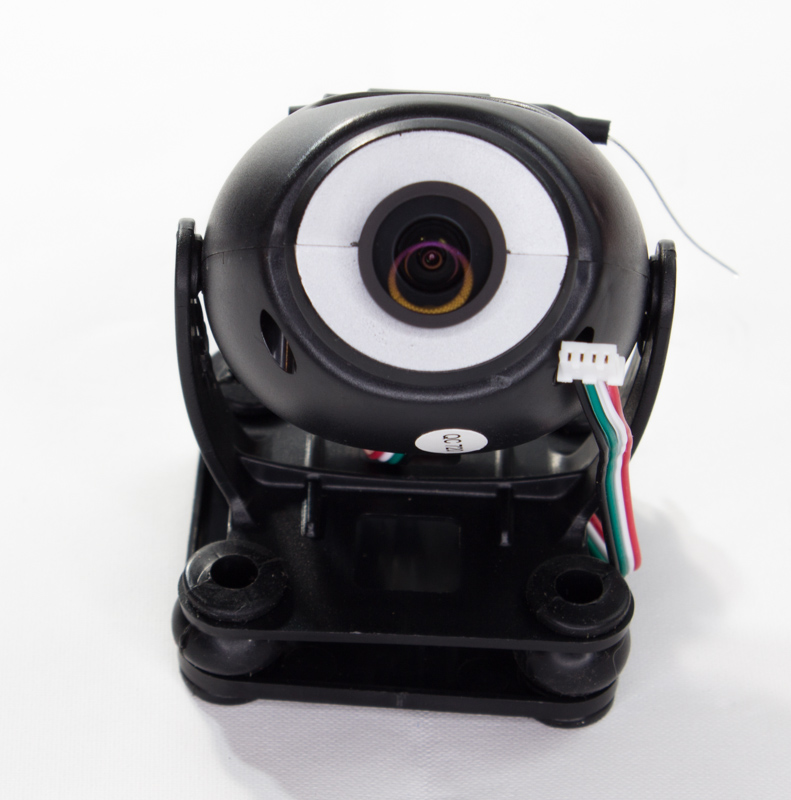 However, if there’s one area where the Vivitar drone doesn’t live up to expectations, it’s the app. It’s unclear whether Vivitar made the app or a third party, but what I’m sure of is that it’s mediocre at best. Aside from dropping connection to the drone, freezing up, and generally feeling slow and glitchy, it also lacks some pretty basic functionality.

I was unable to figure out how to share my videos from the app, at all – though images did show up in my phone’s gallery. And there’s very few camera options built in. Worse, it displays a ridiculous amount of information, but none of it was immediately useful while I was trying to use the app for the main reason I needed it: to control the device’s camera.

It’s worth pointing out that most drone apps I’ve used suck, only a handful of companies seem to take into account the actual user experience.

Rant aside, there’s plenty to love about the Follow Me Drone. The bells and whistles work well, and despite my disappointment in the app I still enjoyed the 360 camera.

But the thrill of flying a drone is always the star of the show for me, and this one didn’t let me down. I was impressed by how smoothly the quad reacted to the remote. Usually with drones in this price range I expect a jerky experience with a lot of overcompensation at first. But right after the initial calibration process my review unit was a breeze to control.

Once I had it trimmed and auto-hovering I was able to really appreciate the engineering behind the drone. It’s not as affected by the wind as many smaller drones, and it’s not as loud as you might expect for a quad with enough oomph to hold itself still. I’d still put it in the ‘average’ category as far as noise goes, however.

I was able to fly for about 15 minutes before I got a low battery, which puts the Follow Me Drone towards the middle of the pack as far as flight time goes. High-end drones tend to last a bit longer in the sky – but you’re also going to pay a lot more for one.

Overall, I’d suggest Vivitar’s newest offering to anyone looking to get into drone photography or filming at the entry-level. The included 360 camera would be perfect for capturing concerts, sports, or other events with large crowds or lots of action. The app’s a letdown, but it still gets the job done.

The Vivitar 360 Skeye View Follow Me Drone is available for $179.00 online or at local Walmart stores.