Vankyo’s Z10 is a fantastic addition to the MatrixPad lineup. It brings some much-needed oomph in the processor department and some interesting quality of life decisions. It’s not the best 10-inch tablet out there, but at $150 the price is right.

Straight out of the box this thing’s a slab. It has huge bezels surrounding a glass screen on the front, and in back is a painted aluminum case with plastic end-pieces on either side that house the camera and speakers respectively.

I love the way this thing looks… but almost ironically. Depending on how you view it, this is either a throwback design or one that’s stood the test of time. 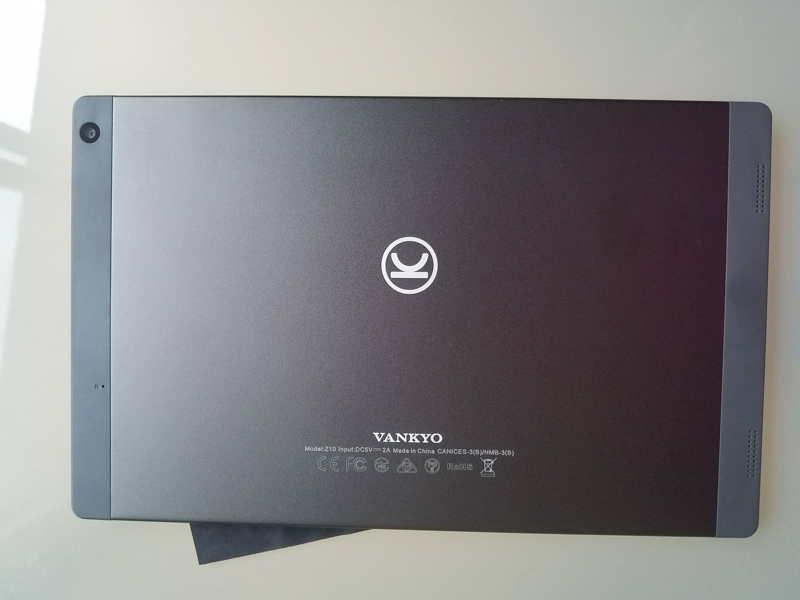 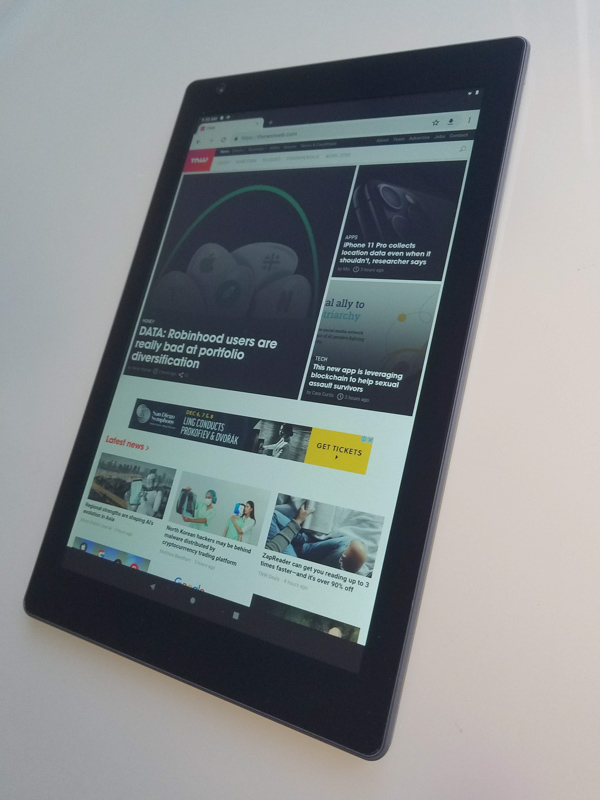 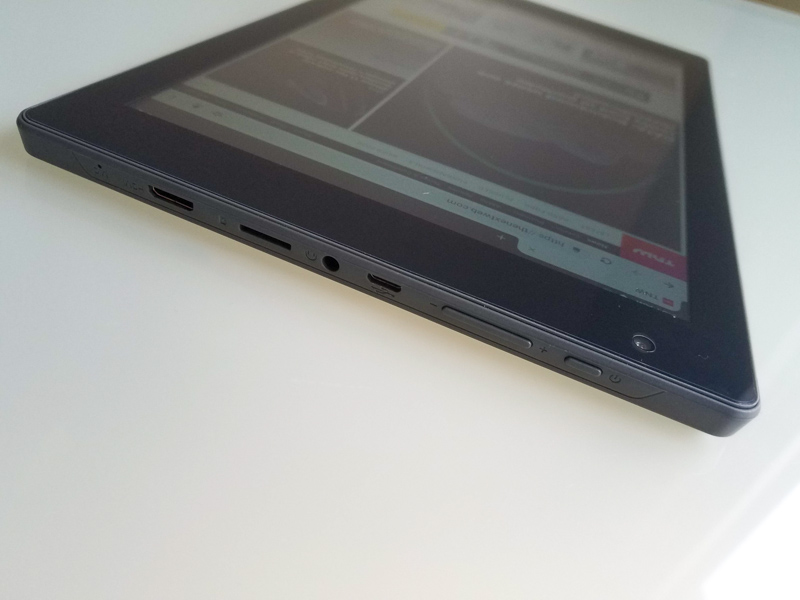 However, Vankyo also did a few things differently here that I rather enjoyed. First up, all the buttons, slots, and ports on this thing are all up top. This makes fumbling around with it in the dark that much easier. You get a volume rocker, power/lock button, Micro SD slot, charging port, headphone jack, and even an HDMI port.

Another decision I rather liked was the build. This thing is solid. It’s mostly screen and metal, and it feels like it’d make a pretty good bludgeon in a pinch. Judging solely on the “feel” of the device, the Z10 is as quality-made as any of those four and five hundred dollar tablets.

But if we move past the “feel,” and into some of the other design decisions, we run into a couple of hiccups. Before we get into that though, here are the specs on this thing:

Let’s start with the processor. The MT8163A was released in 2015 so it’s a bit of a relic at this point. That being said, it does the job just fine here. It’s smooth surfing the web with Chrome and multiple tabs open, it runs Stardew Valley and Minecraft just fine, and watching videos or listening to music was never an issue. If you’re accustomed to using a Galaxy or iPad, this device is noticeably slower to open, close, and switch apps – but so is almost every other tablet compared to those two. And, as mentioned, this one can be had for $150 or less.

If you’re just surfing the web, checking social media, watching videos, and playing games this tablet won’t let you down. The 6,000 mAh battery does a great job here. Vankyo lists it at “up to 10 hours,” and I was surprised to get 8 hours on a charge with heavy Chrome and YouTube use and more than 11 just checking notifications periodically.

Even better, by placing the device in a monochromatic “reading” mode you can effectively extend the battery even further. For about three days all I used the Z10 for was reading books and research papers, and it was the bees’ knees.

Where things fall apart a bit is when you try to do anything else with the Z10. The cameras simply can’t deal with any lighting situation well. In bright light colors wash out and in low light the images get fuzzy. This will work fine for posting random pics to your timeline or Skype chatting with grandma or your LDR sweetheart, but your food pics aren’t going to pop on IG without some serious editing. Simply put, the cameras are here for you to chat and take pictures of funny signs, they don’t have the chops to put out any serious photography.

Also, the cutout for the front camera in the tablet’s body is kind of raggedy. It feels like someone tooled the circle with a blade and then left the edges rough. It’s a small thing, but some kind of grommet or smoothing would have gone a long way towards making it seem less “cheap.”

Another decision that bugged me was the choice to put the speakers on the back towards the bottom. It’s apparent that this design decision was influenced by the overall configuration of the device, but that doesn’t stop it from being problematic. If you’re watching a video and using the speakers for sound, the audio is projecting away from you. And if you’re listening to music, you either have to prop the tablet up or lay it on its front. This sucks because the screen is extremely susceptible to scratches.

During my testing, the review unit’s screen became littered with tiny scratches because I live on a beach. Individual grains of sand wreak havoc on this thing, and I wouldn’t suggest purchasing it without also spending the extra $13 for screen protectors and another $13 for a case. In fact, I wouldn’t even boot it up without putting the screen protector on it. I don’t have this issue with plastic screens or higher-end devices with treated glass.

Despite the Z10’s flaws, it’s still a good tablet. If you’re purchasing it for someone who isn’t a power user – a teen or an adult who’ll use it more for entertainment than work – it’s a pretty good deal. You’ll be hard-pressed to find a bigger, brighter screen to watch Netflix or play games on for the same price.