Sure as the sun will rise, the latest tech is supposed to be the best tech. Every year, you expect to see headlines like “The iPhone 543 is the best iPhone yet!” because, well duh. Of course, a device with the latest and greatest hardware is going to be better than its predecessor.

The Pixel 5 is, fortunately, not an exception to that rule, but it feels like it should be.

Usually, at least a processor upgrade is expected from generation to generation, but the Snapdragon 765G in the Pixel 5 is not only weaker than the 855 in the Pixel 4, it’s closer to the Snapdragon 845 before it. The Pixel 5 also still has just two rear cameras, it omits the fancy facial detection and radar gestures, and Google even got rid of the ‘squeeze for the assistant’ function.

Google can get away with those omissions because $699, Google is pricing the Pixel 5 much lower than other flagships. Nonetheless, it offers few reasons to choose the Pixel 5 over the Pixel 4, let alone competitors. So why should you?

Truth be told, I struggled with that question myself. In fact, until recently, I wasn’t sure if I even liked the phone, if I’d once again make a Pixel my daily driver. So as I started writing this review, I treated it as a pros and cons list, and ultimately realized that there’s a lot more that I like than I dislike. The Pixel 5 is not an exciting phone, but it is a good one.

Finally, a phone that looks a little different

I can’t remember the last time I reviewed a phone that was not a glass sandwich. The array of phones with glass back panels has become so ubiquitous that I think it’s starting to look gaudy.

The Pixel 5, mercifully, looks different. Google managed to implement a metal frame while maintaining wireless charging capability — and adding reverse charging — by using a super thin layer of resin on top of the aluminum. This resin is painted with speckled ‘sage green” finish on my review unit, which I love. In a world of glossy fingerprint magnets, this is a welcome new aesthetic.

The front of the phone is more generic, having a camera hole punched into the screen like so many other 2020 phones, but at least Google managed to shrink the phone’s forehead by removing the gesture sensor and earpiece. This allows for a 6.1-inch screen in roughly the same footprint in which the Pixel 4 could only manage a 5.7-inch screen.

As for how calling works without an earpiece, the phone now produces sound during calls by vibrating the screen itself. This leads to a slightly tinny sound in stereo, but on the plus side, the phone gets a fair bit louder than the Pixel 4.

It’s also worth reiterating that the Pixel 5 is a small phone. It’s nice to have a flagship phone — if not necessarily a spec monster — that can be comfortably used in one hand.

I was a bit wary coming into this review that the Pixel 5 would feel sluggish. After all, the Snapdragon 765G in the Pixel 5 actually benchmarks closer to the Pixel 3.

Blessedly, this has not been the case. I’m not sure if it’s just the extra 2GB of RAM of if Google just really doubled down on optimization Google has going for the Pixel 5, but somehow, it actually feels a little smoother than the Pixel 4 XL that’s been my daily driver for the past year (I even factory reset my Pixel 4 as well).

I’ve also been using the Pixel 5 side by side with the OnePlus 8T and its Snapdragon 865 every day. Frankly, I can’t notice the difference unless I’m looking for it, and that might just come down to the OnePlus’ 120Hz display.

The one exception is games; the Pixel 5 struggles a little more on graphically intense 3D titles due to the weaker GPU. But I assume serious mobile gamers aren’t buying the Pixel 5 anyway.

Overall, I’ve had no hiccups with the Pixel 5’s performance — hopefully it stays that way.

Okay, so there is one spec change that matters: the battery. The Pixel 5 is almost exactly the same size as the smaller Pixel 4, but the battery is now 69% bigger, going from 2,800 mAh to 4,080.

Paired with the less power-hungry processor, Google claims the Pixel 5 can get you through two days of use when combined with the extreme battery saver mode, and I don’t doubt it. So far, I’ve been finishing days with 30-50% battery left, despite heavy usage during my review process.

Sure, other phones have even larger batteries, but they’re usually paired with larger screens and more power-hungry processors. So far, the Pixel 5 is on track to be one of the longer-lasting phones I’ve reviewed.

While the cameras in other phones are packing gigantic sensors with ridiculous megapixel numbers and multiple lenses, the actual sensor technology in the Pixel 5 is barely any different than it was in the Pixel 2. Yet, to my eye as someone who used to be a full-time photographer, the Pixel 5 still produces some of the best images out there — at least for mobile consumption.

I think Google’s processing is still second-to-none — good enough I’d be happy to have similar processing on my mirrorless camera. The competition has improved tremendously over the last year or two, but they still tend towards oversharpening, oversaturating, and too much noise reduction (a little grain never hurt anyone).

Equally important, the camera app experience is one of the best. The phone is quick to capture images, switches rapidly between modes.

My favorite feature of the Pixel camera is, by far, the fact that there are separate exposure sliders for the shadows and highlights. This was introduced with the Pixel 4, but is improved now with HDR previews. This is a big deal for my photography style, as one of the first things I’ll generally do for post-processing images is mess with the amount of shadows. Now I can do that right at the source. 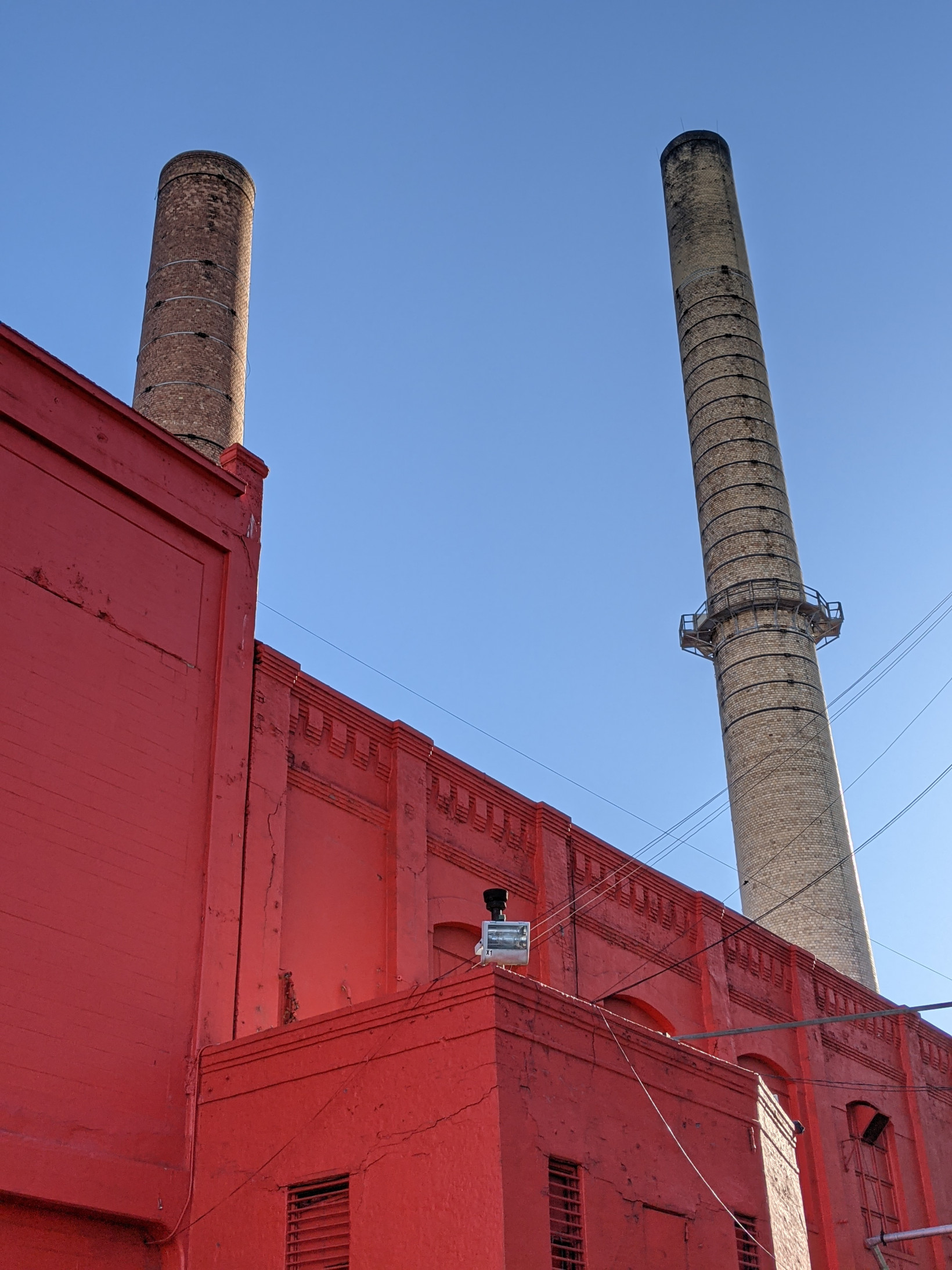 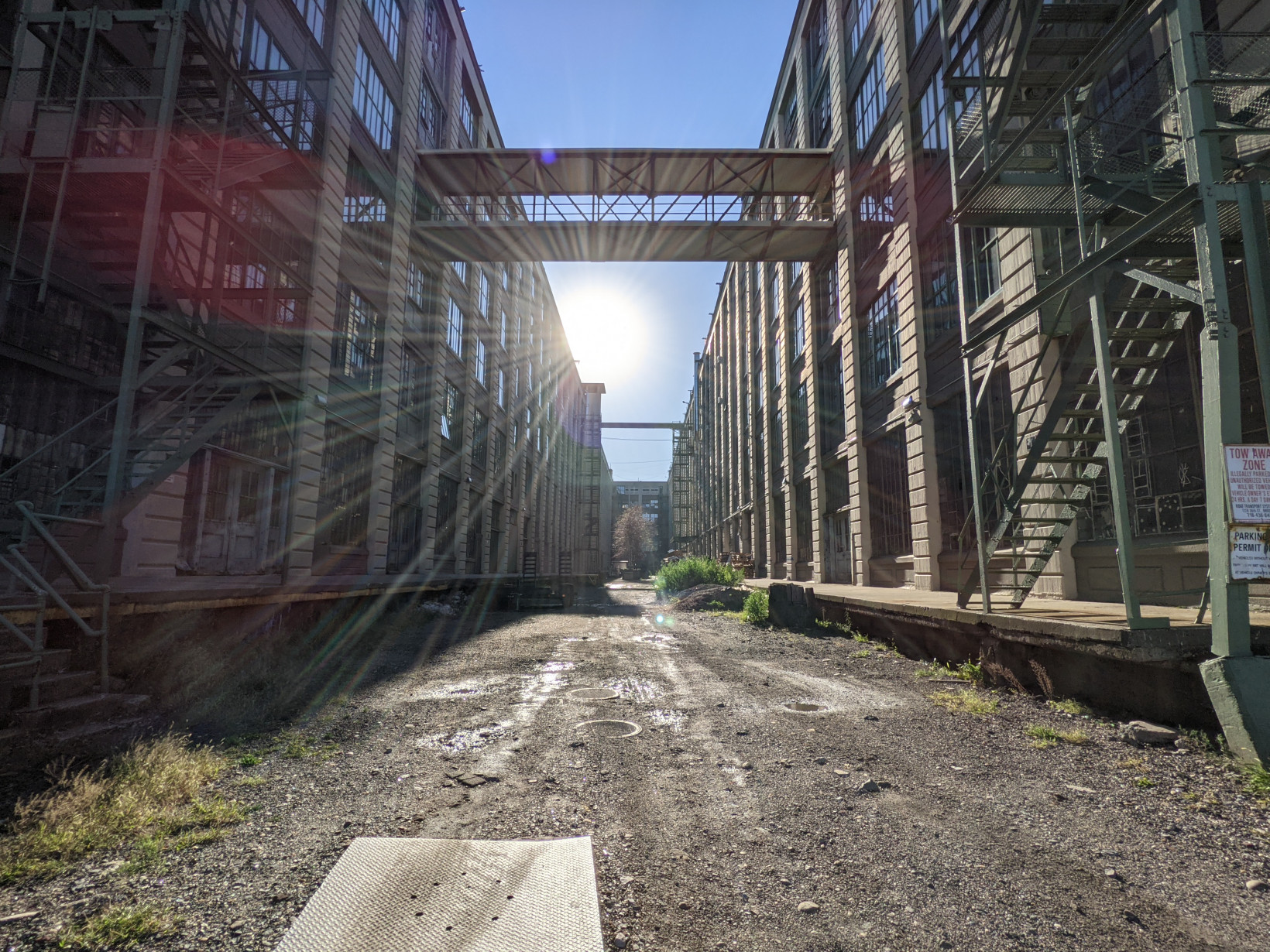 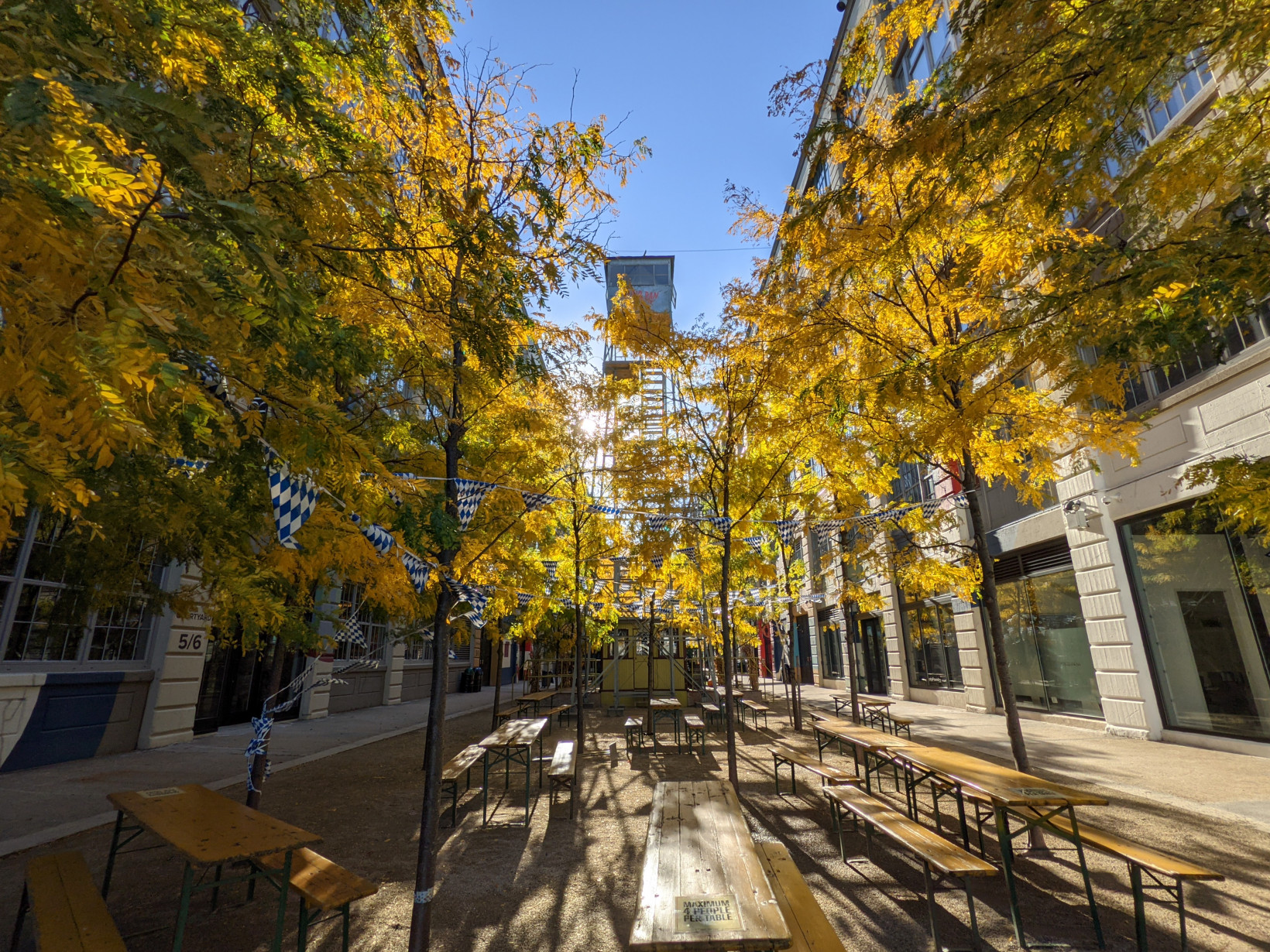 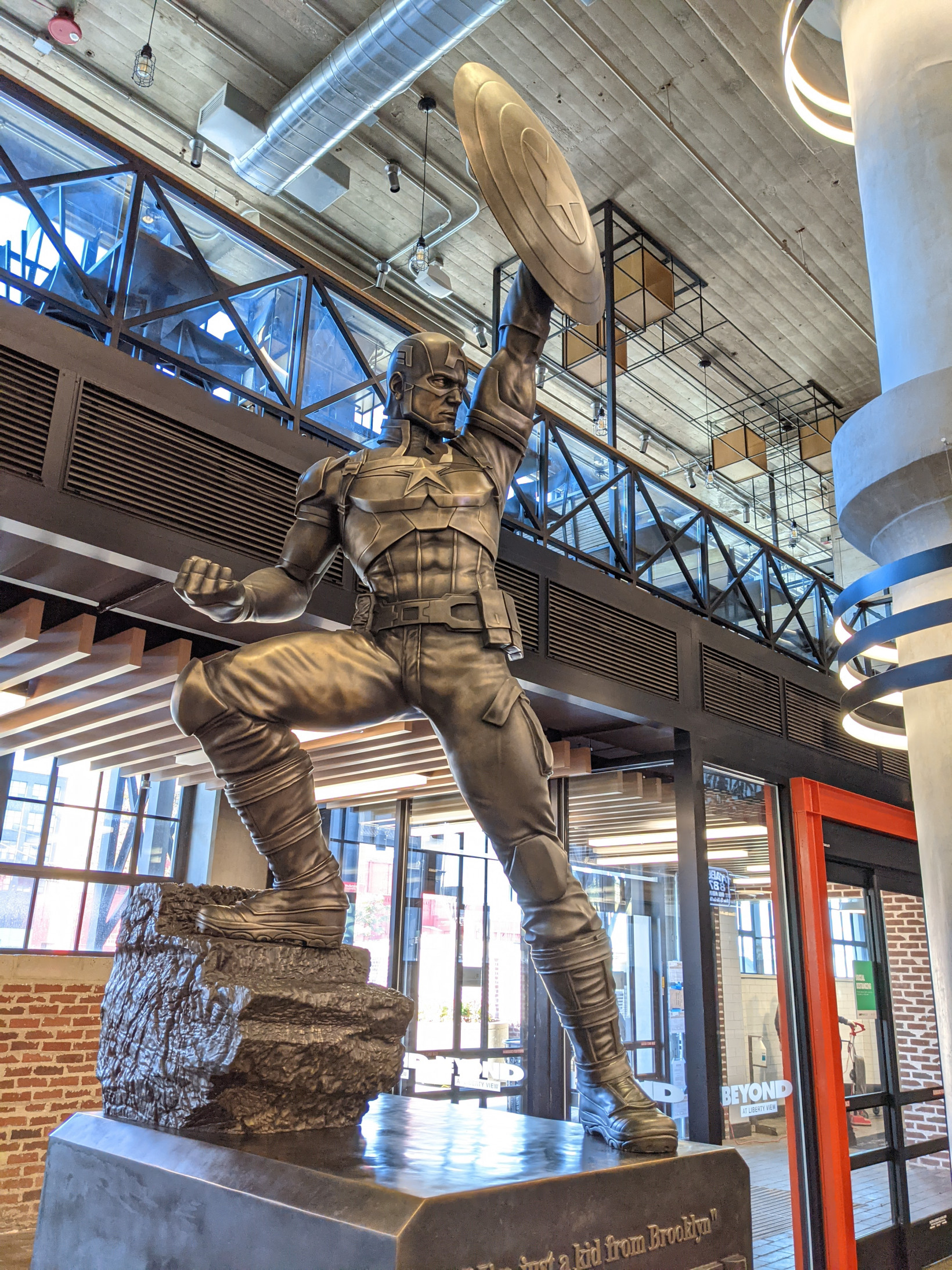 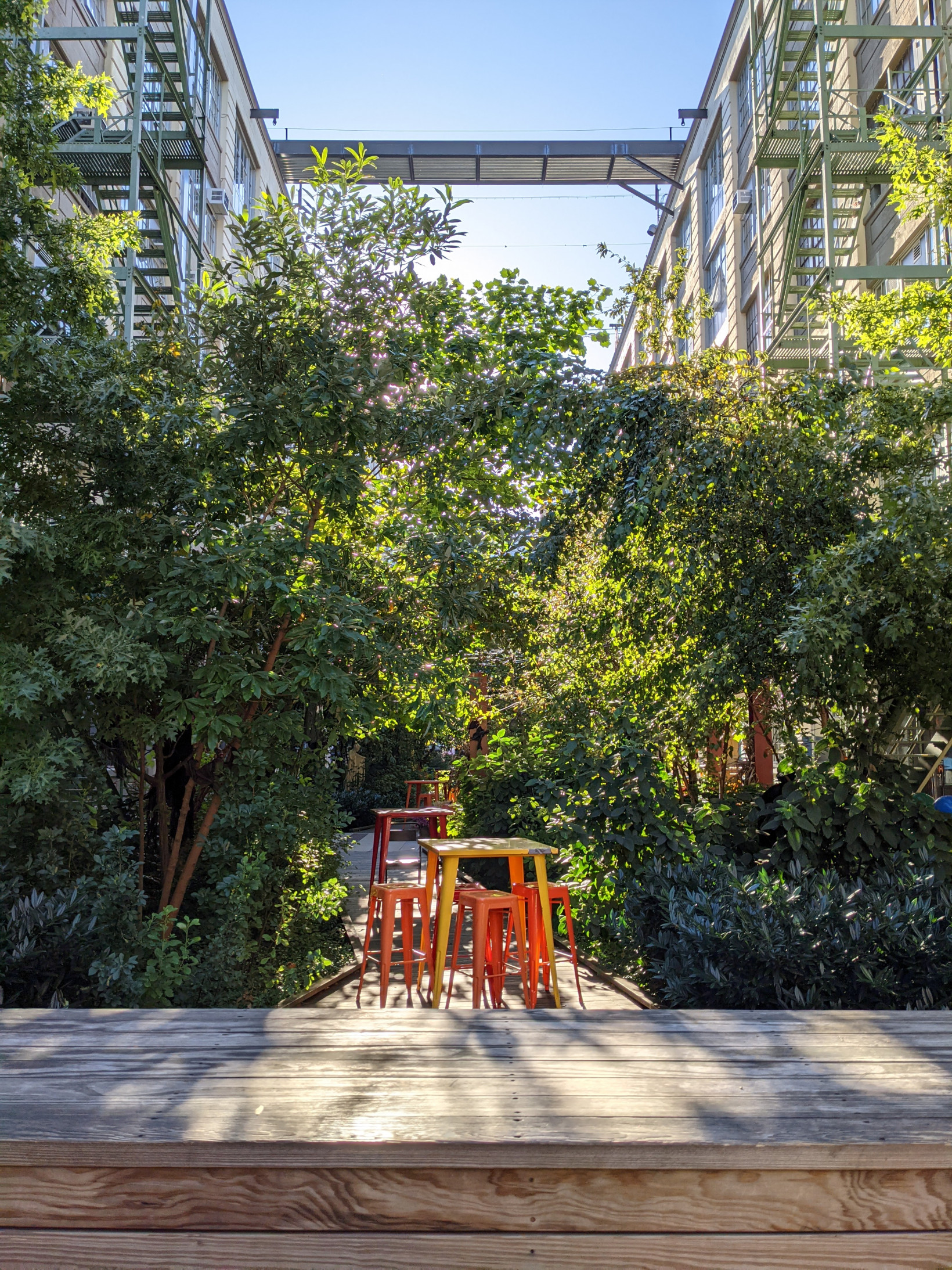 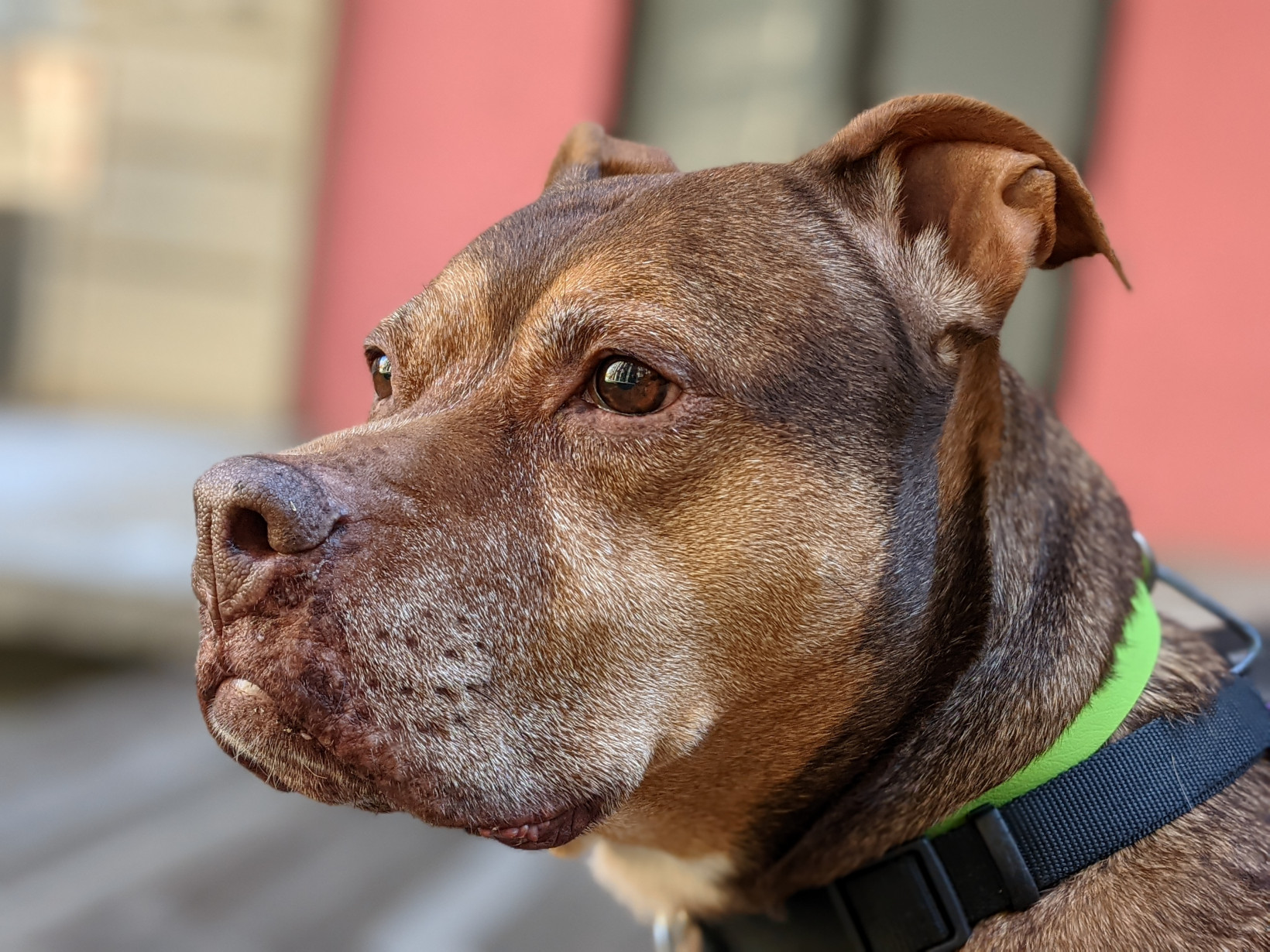 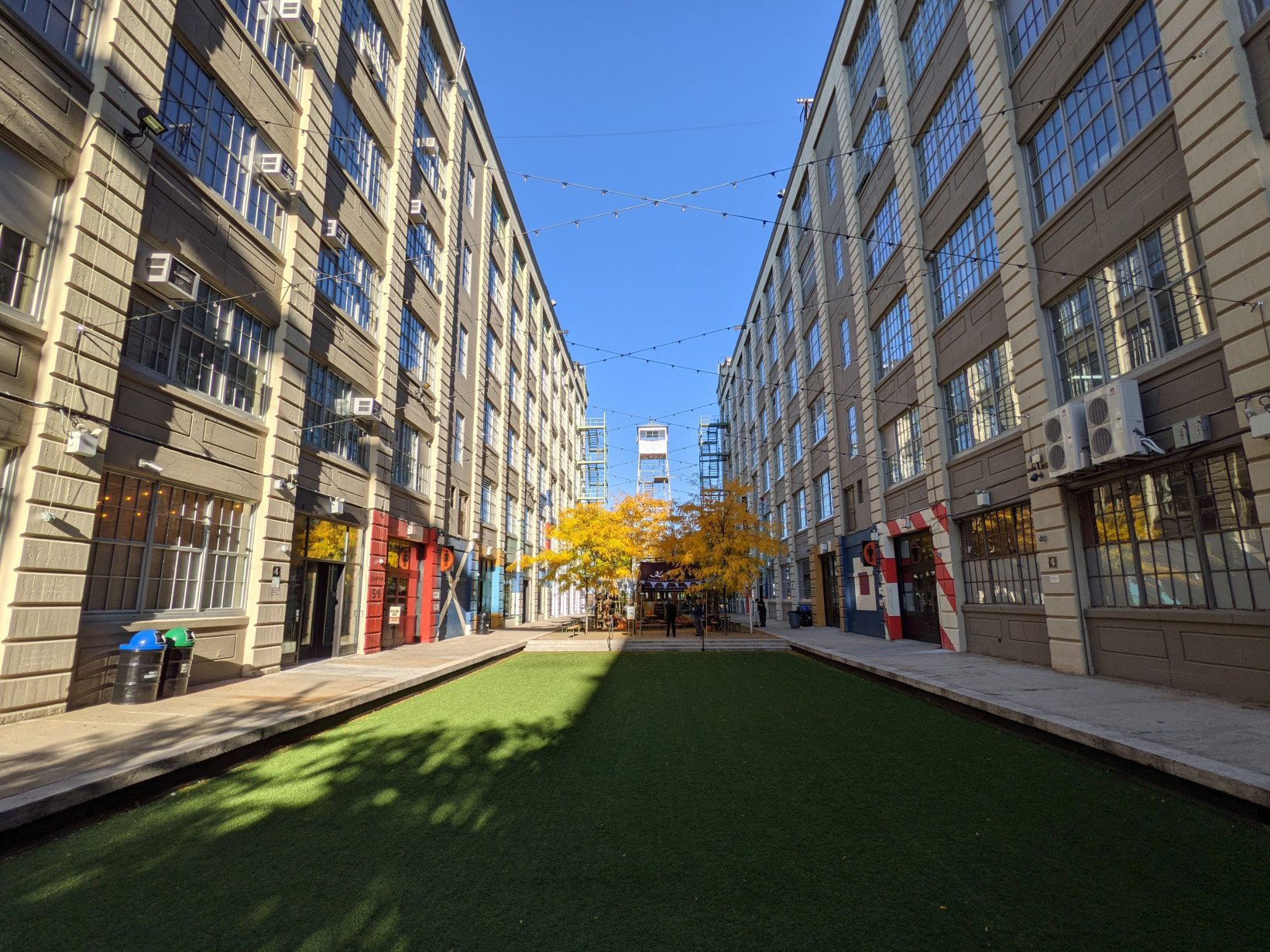 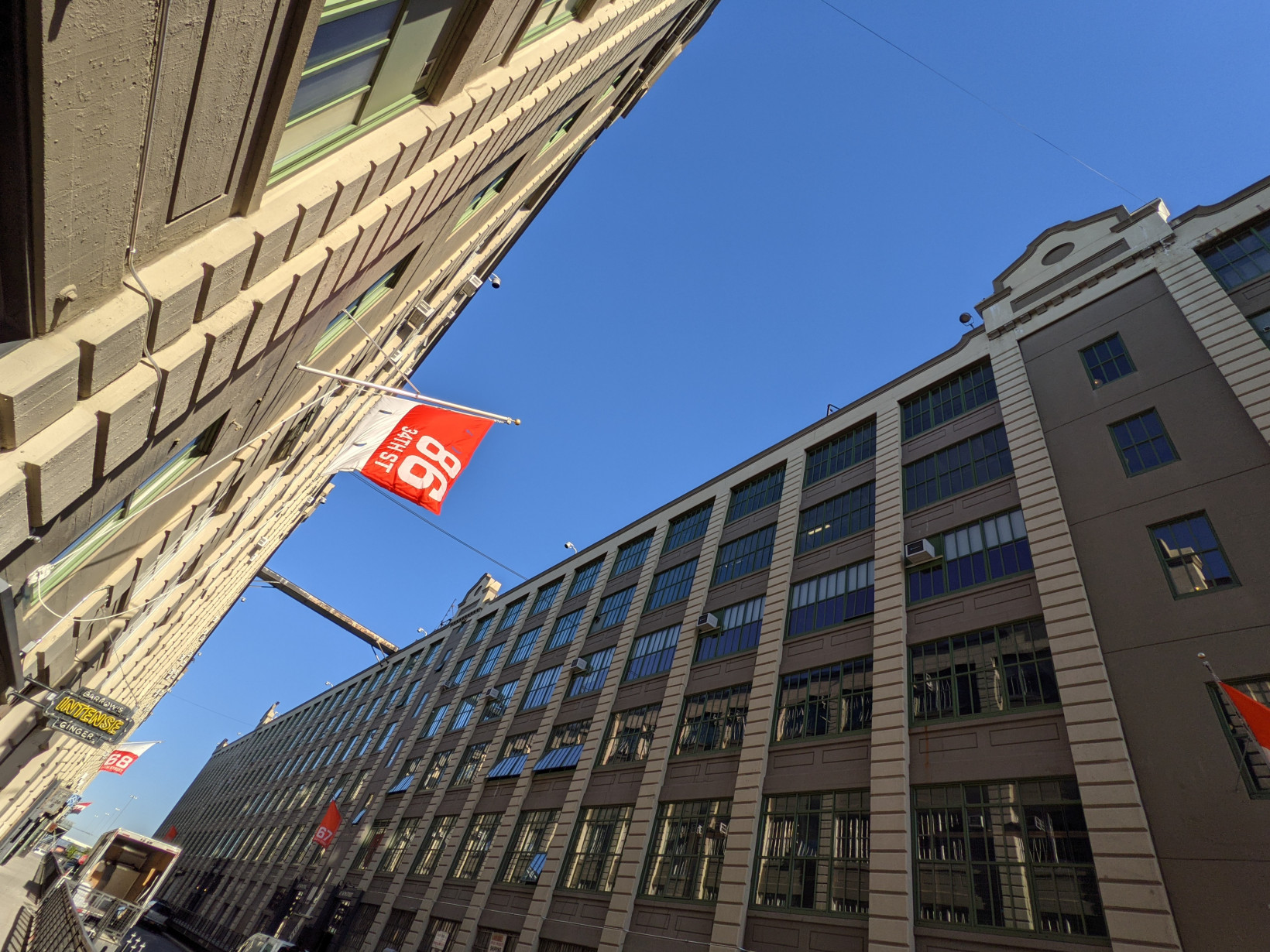 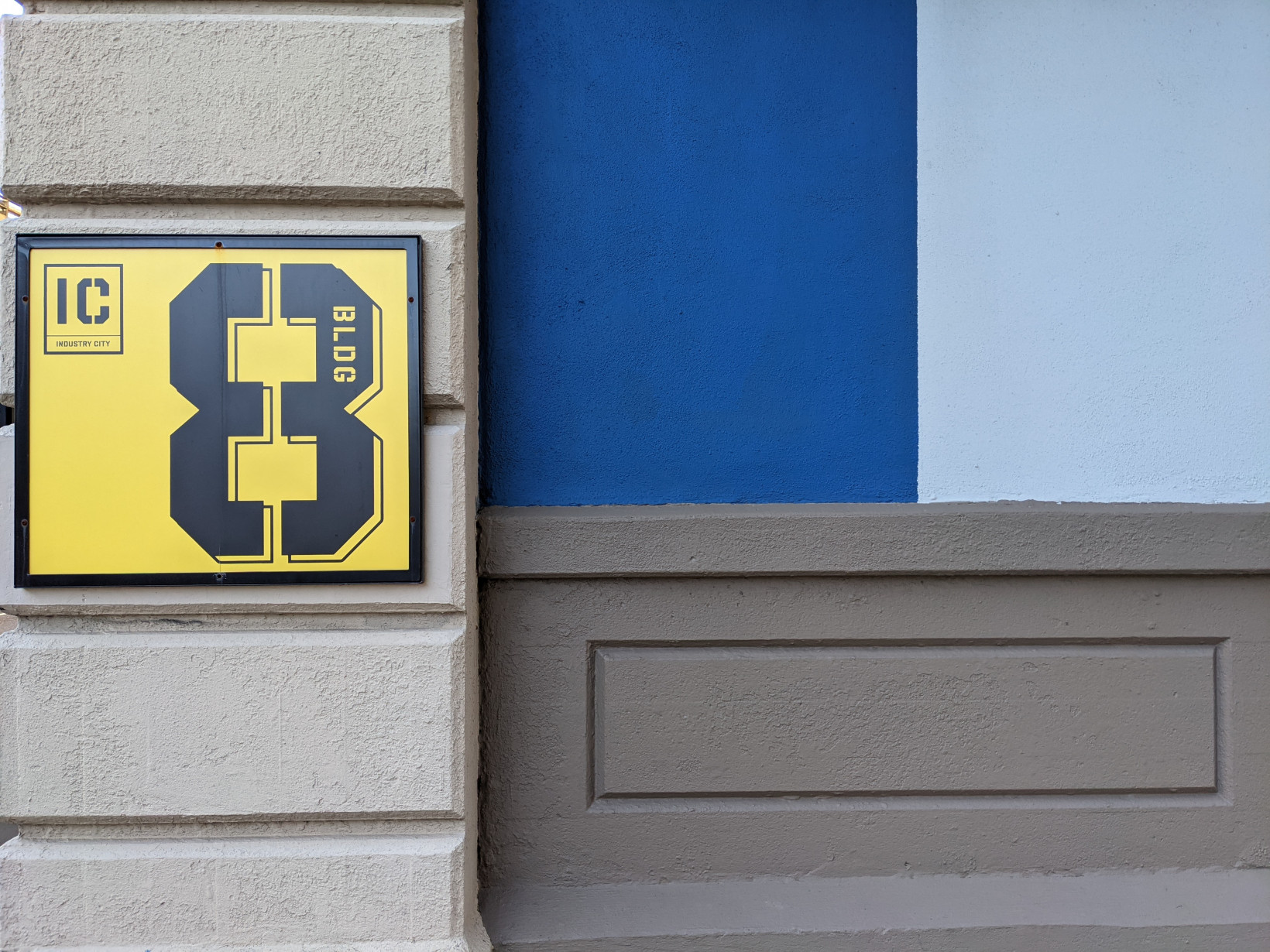 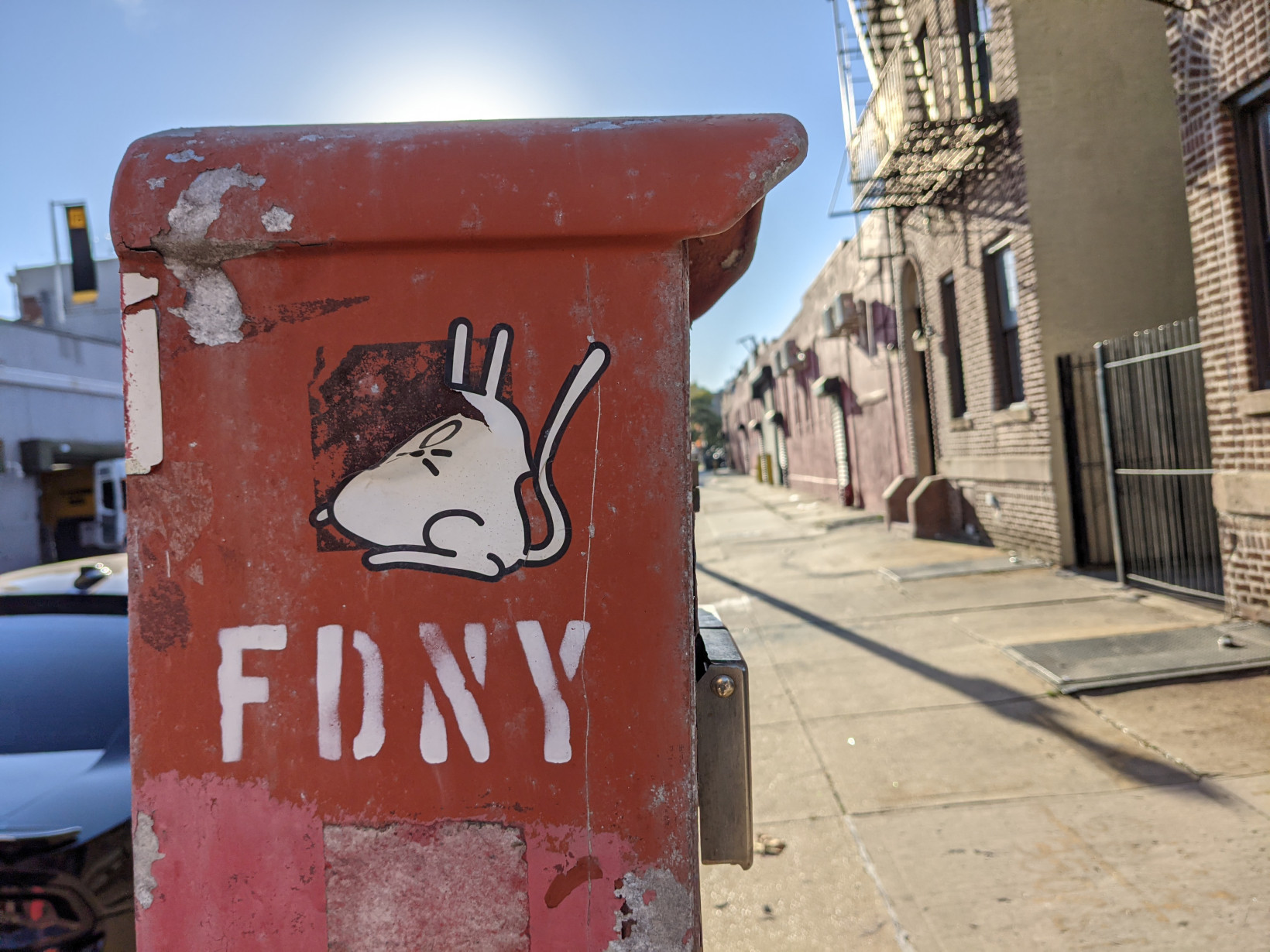 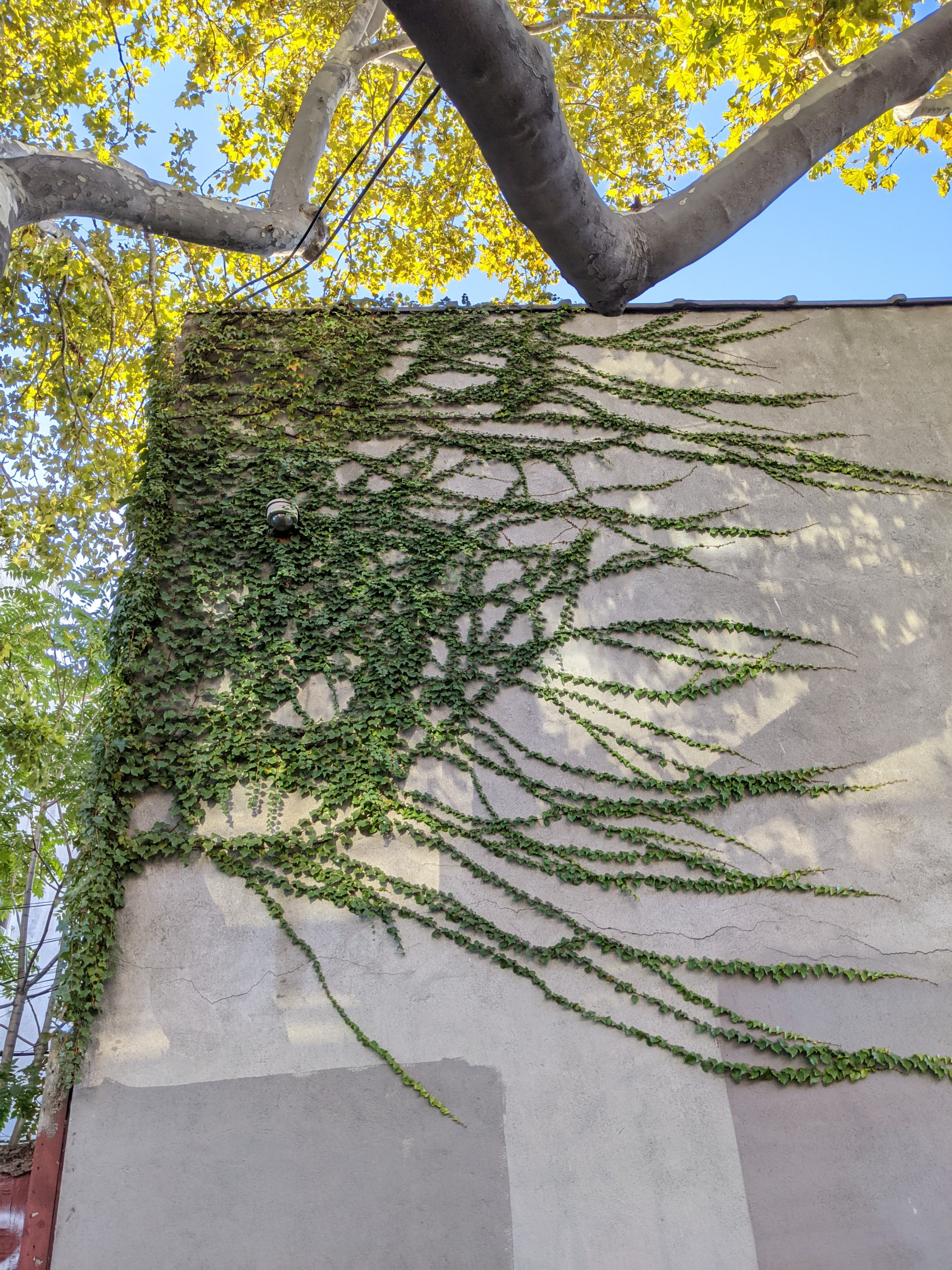 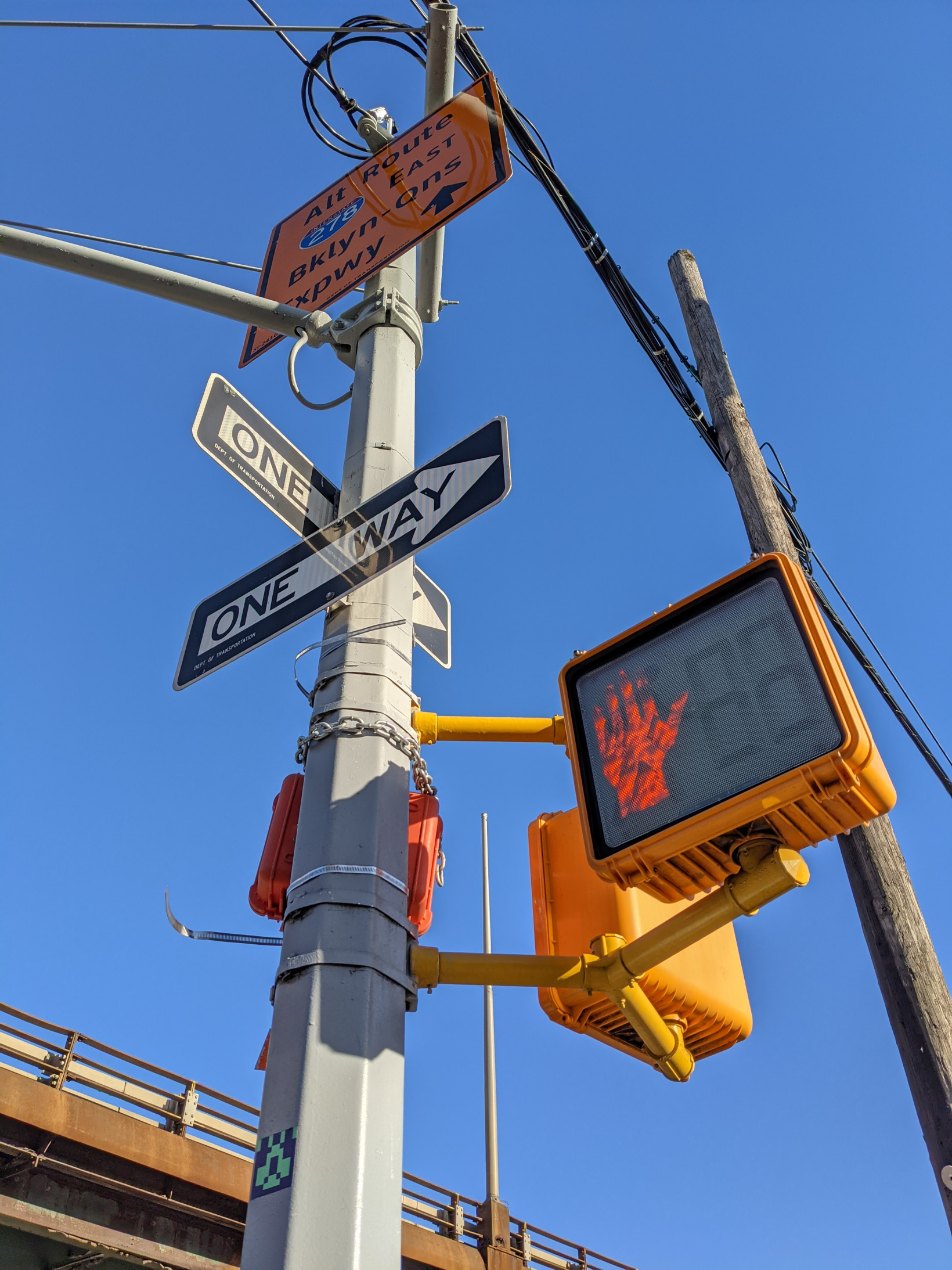 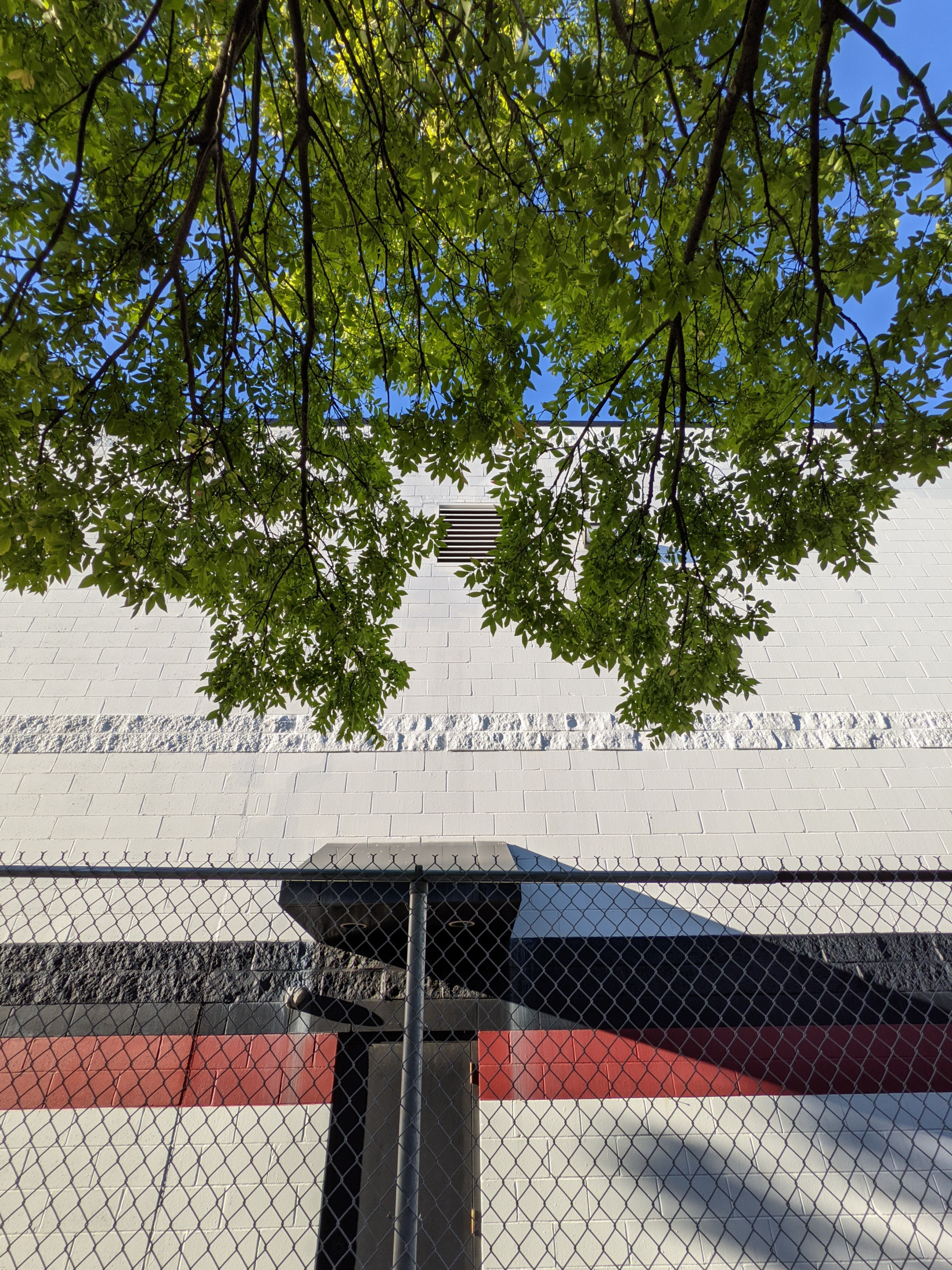 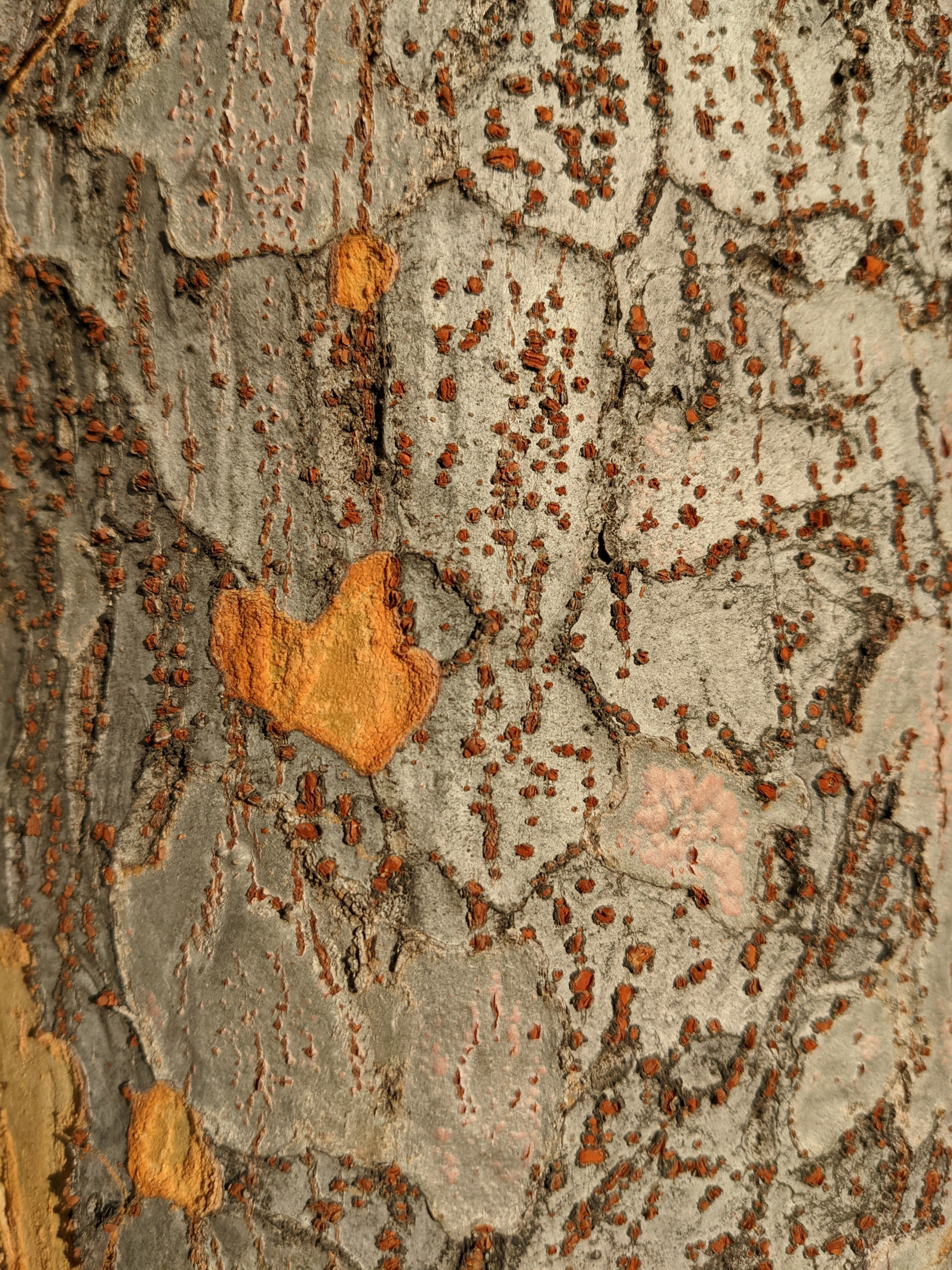 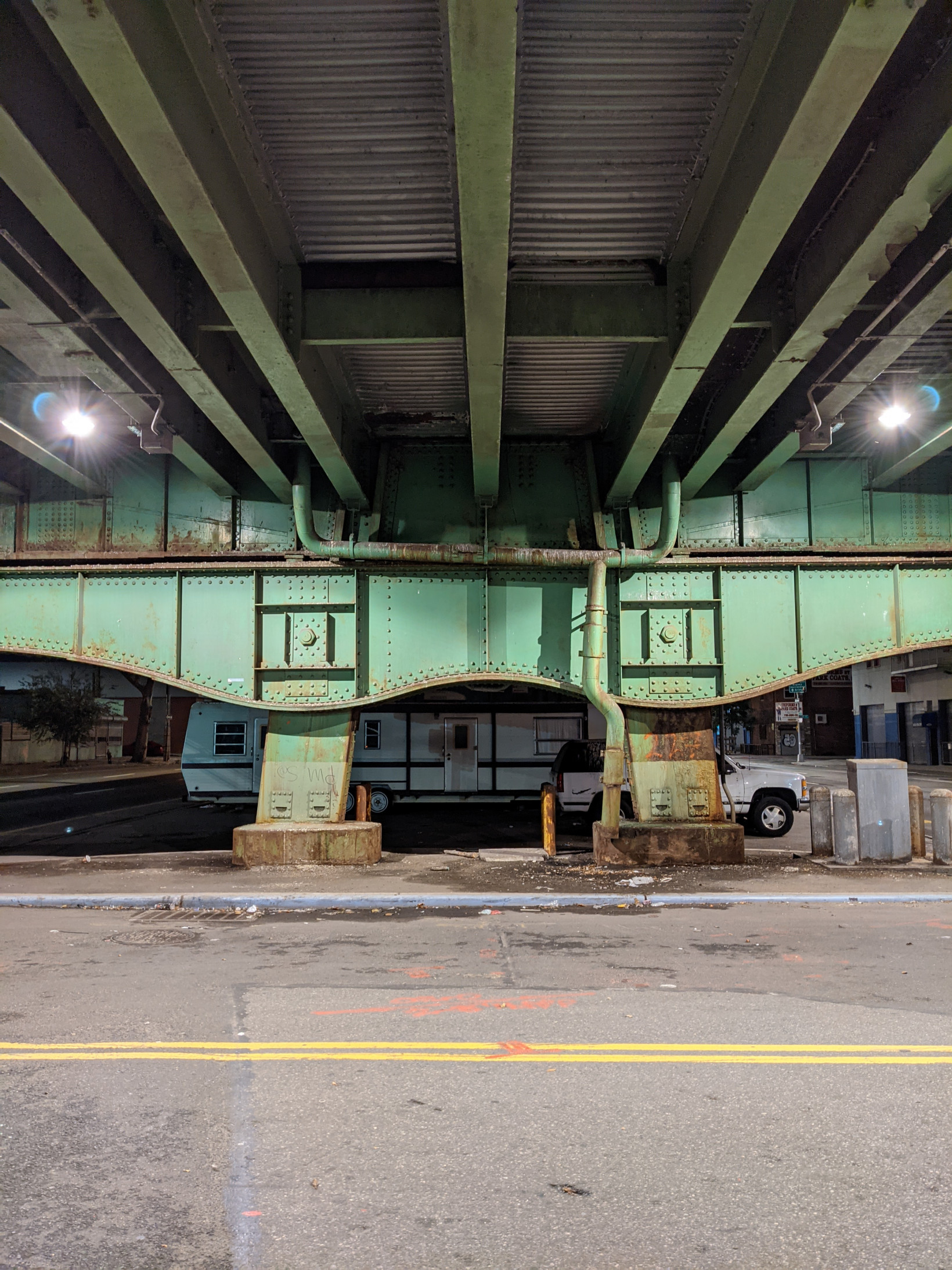 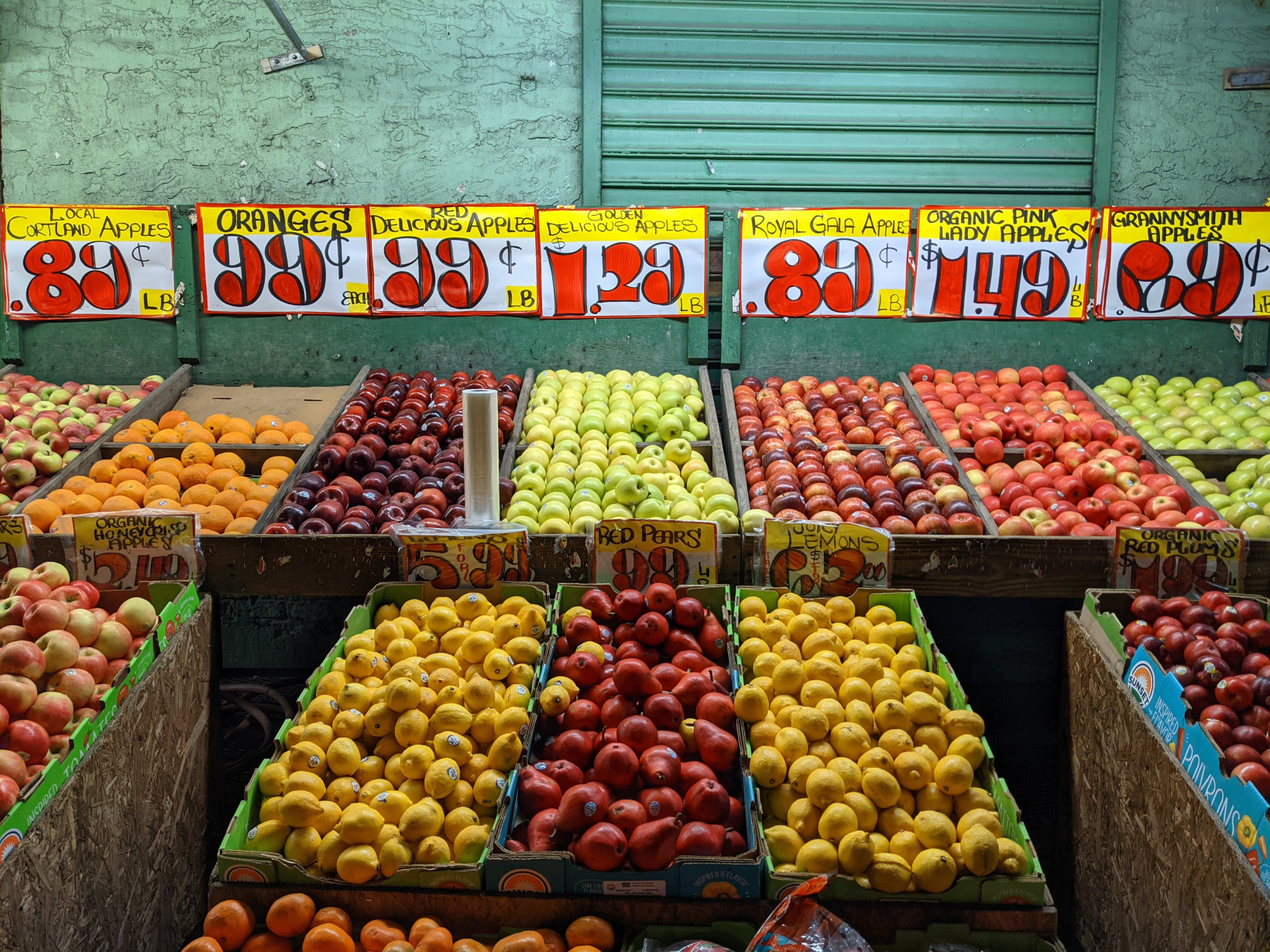 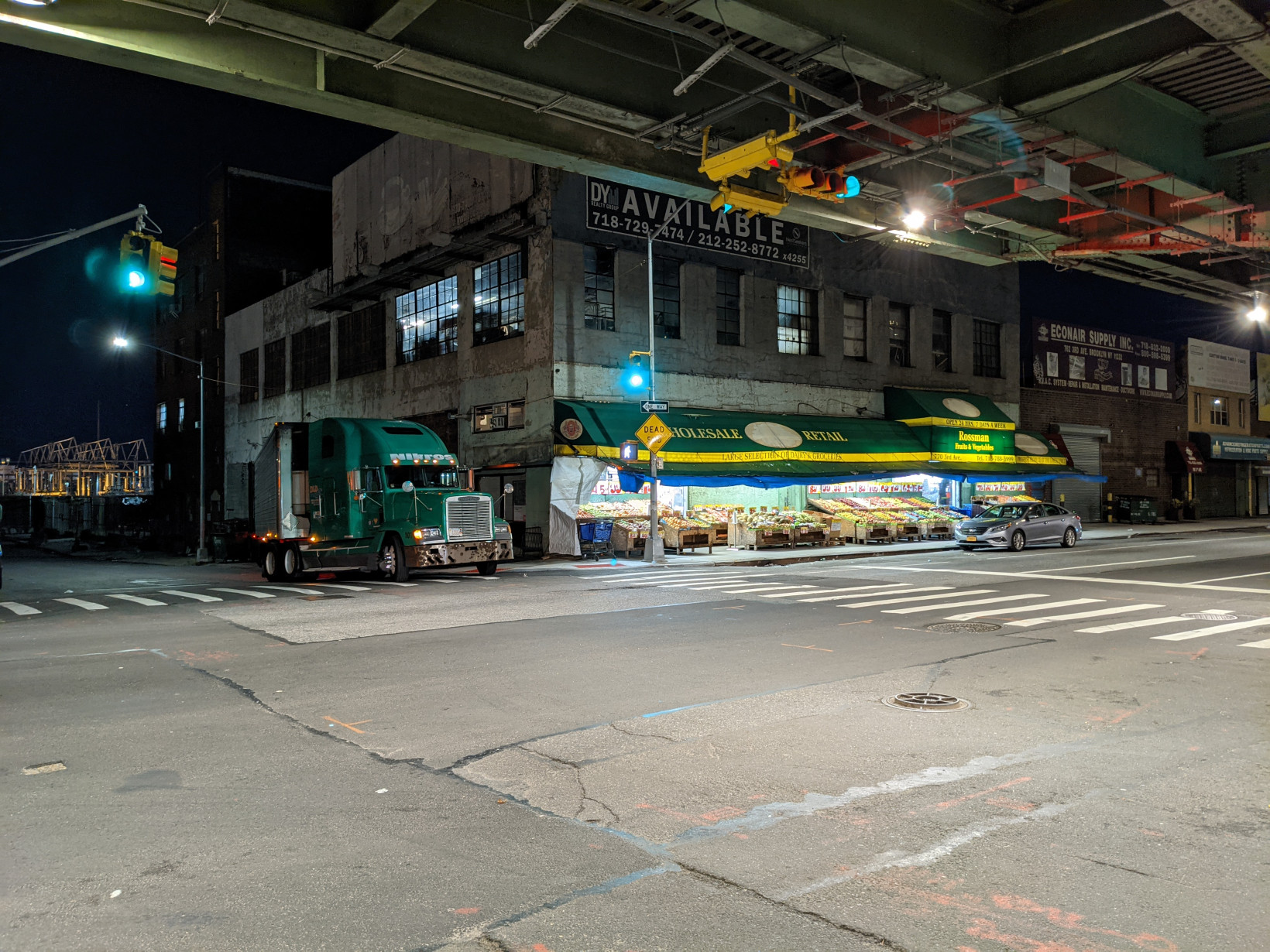 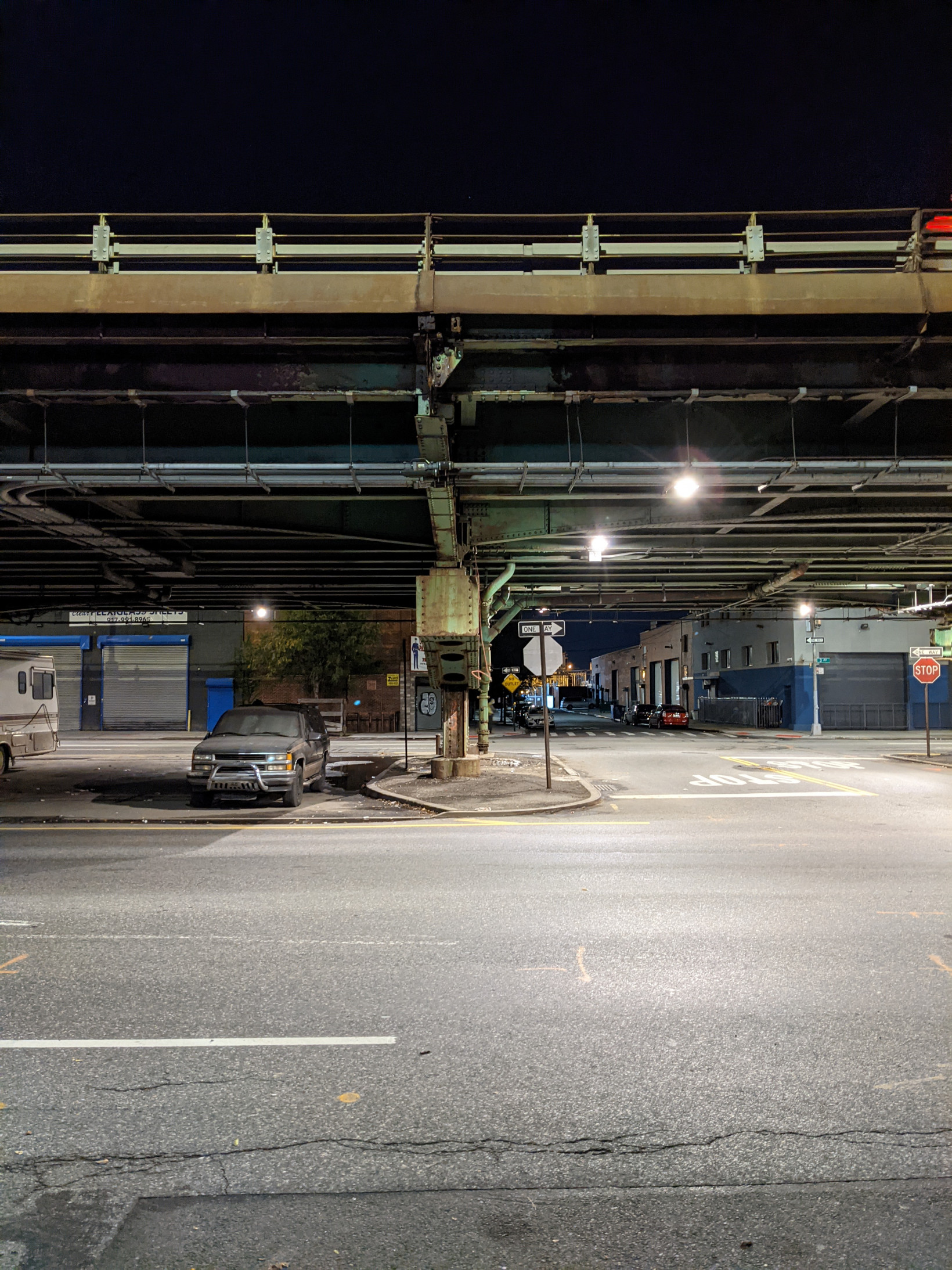 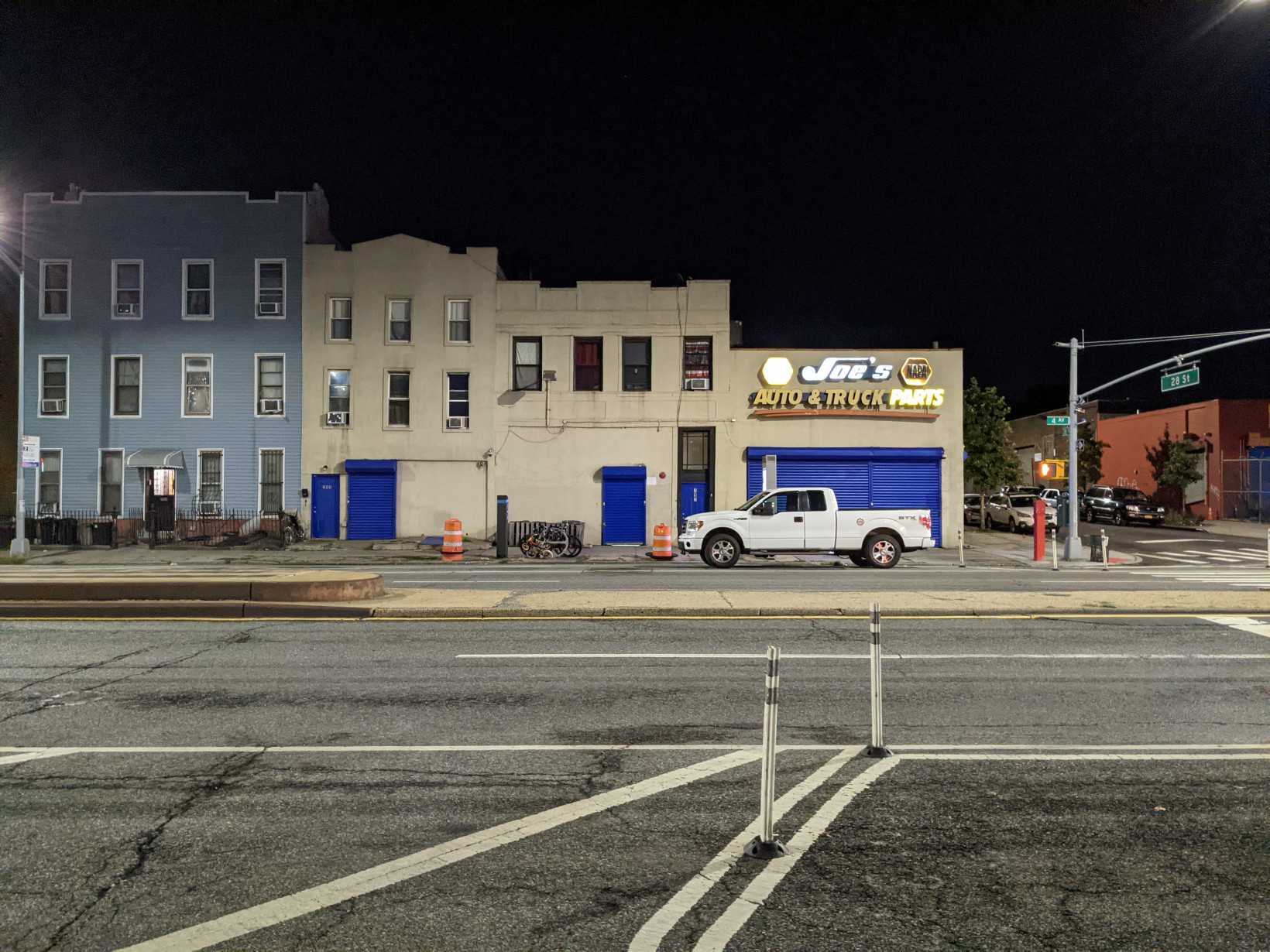 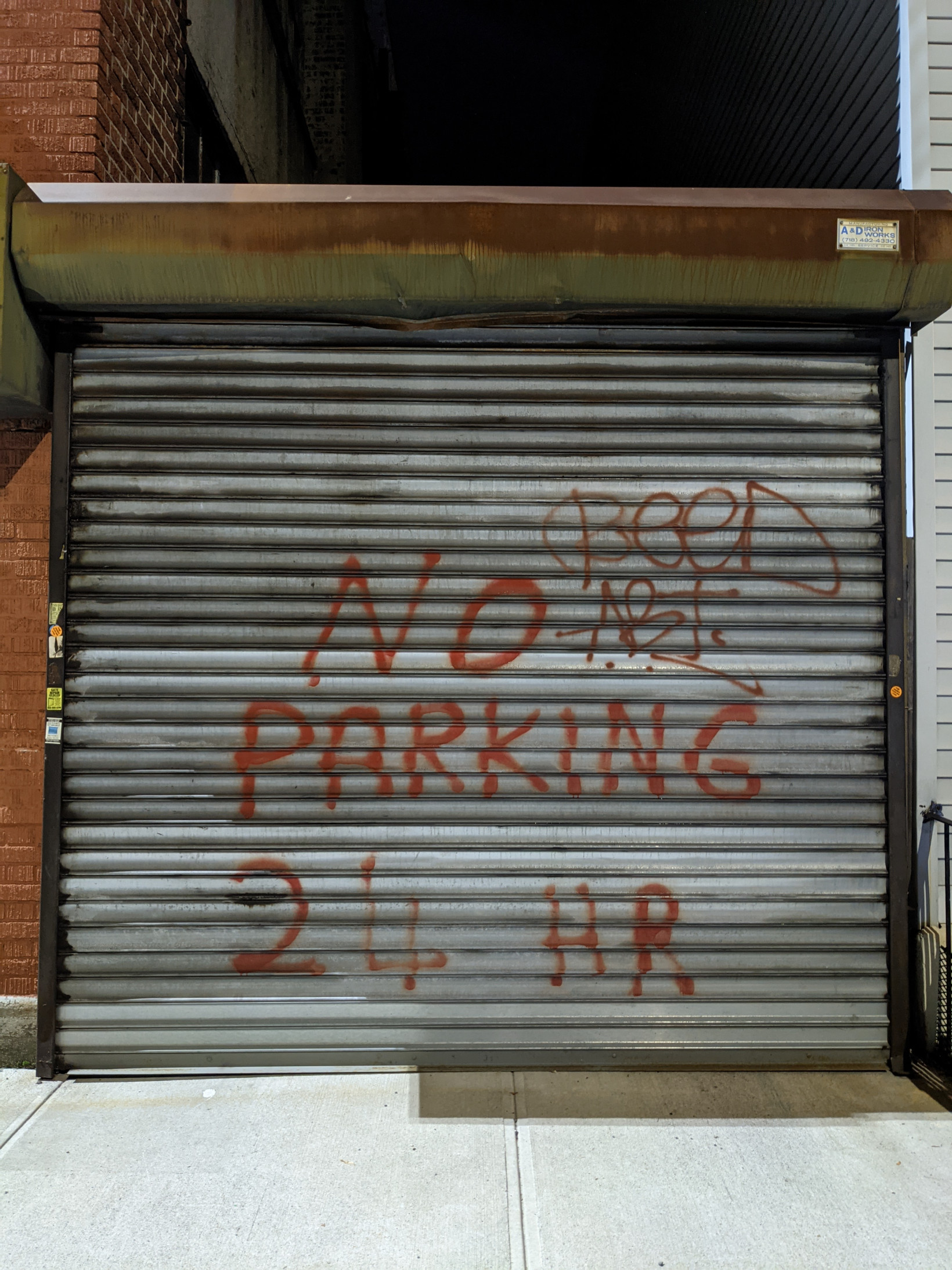 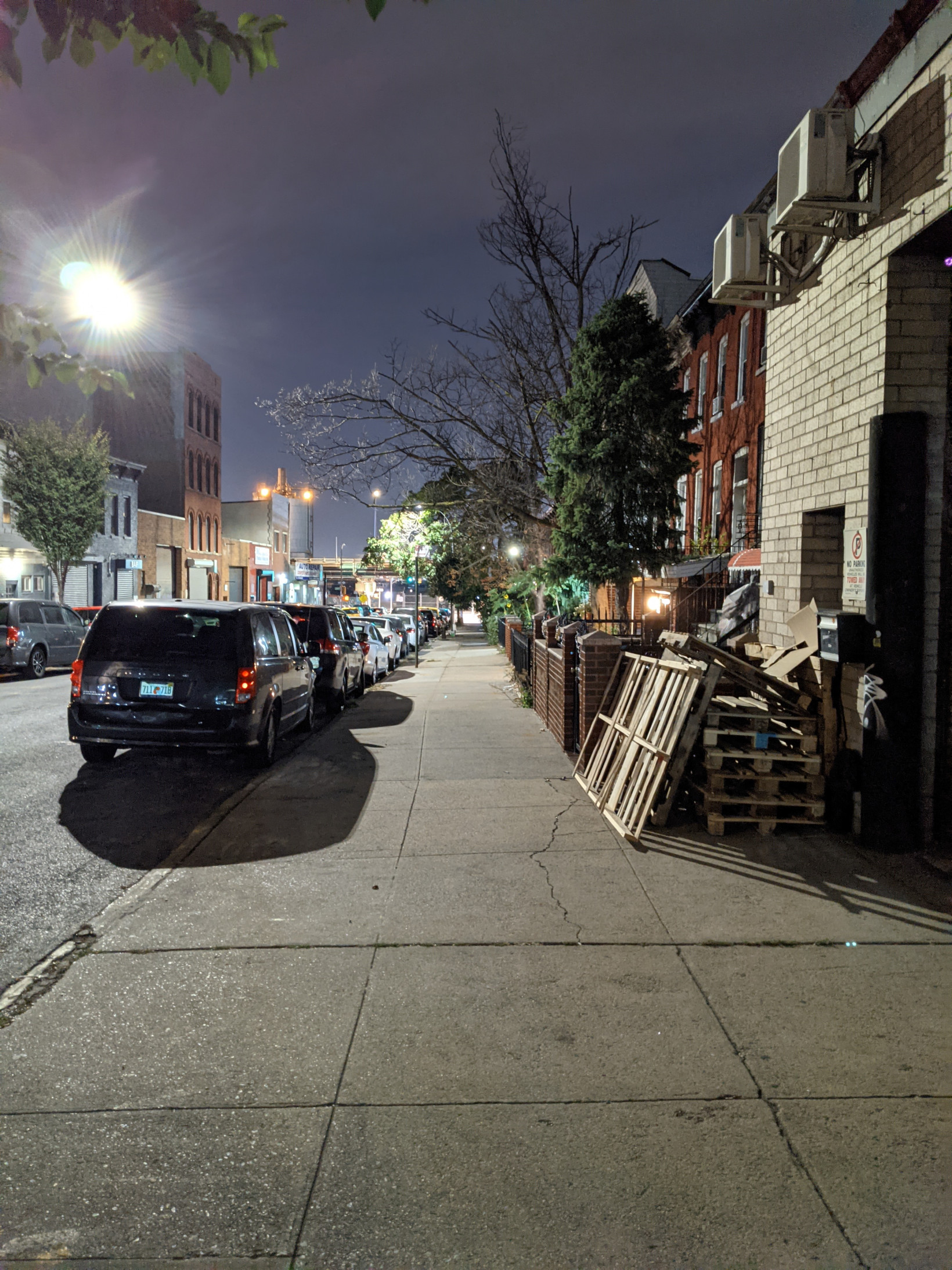 I also appreciate Google manages to keep quality among its two rear and single front-facing camera remarkably consistent. Where on other phones the secondary cameras often look poor in low light or high contrast, Google’s HDR+ tech makes sure they all look like they came from the same device. Features like Night Sight and Portrait Mode work with any camera or zoom level, and now you can use Night Sight and Portrait Mode work together too.

Speaking of Night Sight, arguably the best such feature in the business (although again, competitors are getting close), it is triggered automatically when the Pixel 5 detects low light — no need to switch modes.

The niftiest new feature is Portrait Light, which allows you to adjust the lighting in your images. Though adjustments are pretty barebones — intensity and position, basically — it works freakishly well. This GIF from Google might just look like marketing wizardly, but it literally works this well:

Better yet, it works on all your old portraits too. Human ones, anyway — the feature does not work with my dog or cats. Perhaps on the Pixel 6.

The Pixel is Google’s vision for Android, which means it gets the latest features first.

One of my biggest complaints about the Pixel 5 was that there was little about it that wouldn’t eventually become available on the Pixel 4 via a software update. But then I realized that’s a good thing — Pixel phones get better over time. Google this past year in particular has focused on offering ‘feature’ drops that have substantially improved the Pixel 4 since launch; I only hope it continues the trend with the Pixel 5.

I also appreciate that Google’s OS is free of bloat and gimmicks, and most of the additions — like robust robocall detection — are genuinely useful. For the most part, it’s an experience that ‘just works’

Google is barely trying in the camera hardware department

Look, I get it. Google is a software-first company. The Pixel 5 is more a vehicle to show off Google’s AI than its hardware chops. Still, I can’t help but feel like Google isn’t even trying to compete.

I can even understand the choice of processor, considering the diminishing returns we’ve seen on tangible performance year on year. But why is it that in 2020, a flagship phone that is arguably best known for its camera is still using a small sensor and just two rear cameras? Having that third camera is not a gimmick; it has a real impact on what photographer can and can’t capture. Super Res Zoom is good, but not that good.

There’s also the elephant in the room that, no matter how good Google’s processing is, it could be a lot better if it bothered to use modern sensor technology.

I don’t really care about 5G

There. I said it. It isn’t fair to direct this at the Pixel 5 five alone, but I can’t but feel it has a minimum impact on day-to-day use. I live in an area that’s supposed to be full of 5G goodness, but so far it hasn’t been worth the hype. Frankly, LTE never gave me any trouble when I had signal, even though I watch a lot of video on my phone. I’m not really sure I feel the impact of 5G, except when the phone switches back and forth between LTE and 5G — in which case it’s more a nuisance.

Again, your mileage may vary, but I doubt 5G is a good enough reason for most to upgrade. I wish Google sold a cheaper version without the technology, but them’s the breaks.

Like my colleague Abhimanyu felt about the Oneplus 8T, the Pixel 5 feels… safe. Google got rid of all the gimmicks and left what works. That makes for a solid phone, but it doesn’t make for a particularly remarkable one.

Maybe that’s for the best in a universally difficult year in which buying a new phone feels trite. But it does make me wonder where Google goes from here. I’m not sure the company can build a successful hardware brand on the strength of its software alone, and though the $699 price is welcome, it’s also not that good of a deal, considering you can get very similar specs (with a few omissions) for $500 from the OnePlus Nord and Google’s own 4a 5G, let alone a used Pixel 4.

In a way though, that’s just a reflection of the market. It’s hard to be excited about new phones these days, and the phones that are more exciting — say, the folding ones — tend to be prohibitively expensive or fragile.

Despite some initial reservations, my brief time with the Pixel 5 suggests it’s a well-rounded phone I’d be happy to recommend at its new price. The camera is still great, battery life is better than ever, and performance is still smooth. I welcome this new world where flagship phones don’t have to have the most powerful specs, I just wouldn’t mind it if the Pixel 6 were a little more exciting.