With the OnePlus 3 and 3T, OnePlus really hit its stride. The company that first marketed its budget-friendly phones as so remarkable to be better than everyone else’s flagships had toned back some of the hyperbolic language and let its devices speak for themselves.

That was the right move. OnePlus buyers tend to be a bit more tech-savvy than the average Android user, as you can’t just buy the device from a local carrier. The company’s allure lied in its bang-for-your-buck value and clean Android experience, even if it didn’t offer much in the way of groundbreaking features.

The OnePlus 5 tries to up the ante further, adding dual cameras, a streamlined design, and small touches of polish throughout. It comes at a small price hike – it now starts at at $479, instead of $439 – but it’s still far cheaper than most of the competition. That’s pretty remarkable, because the OnePlus 5 is one of the finest Android phones you can buy, at any price point.

First things first: Sorry, I don’t really see the iPhone resemblance. For those not keeping track, OnePlus received some pre-release flak from the press (including TNW) and fans for apparently aping the iPhone 7. But outside of a web render, the OnePlus 5 looks and feels totally different – and better, if you ask me.

While there’s some superficial similarity from the dual-camera arrangement and curved antenna lines, the shape is quite different. The iPhone 7 has a flat back with rounded sides, while the OnePlus 5 has a curved back and flat sides that are more comfortable and feel more secure. I don’t really think anyone would mistake the two devices in person.

The build quality is certainly iPhone-level though. Everything about the OnePlus 5 feels impeccably machined, with satisfyingly clicky buttons and the trademark OnePlus alert slider. It’s right up there with Apple and Samsung for build quality, as far as I’m concerned.

The polish extends to the AMOLED display, which is one of my favorites on any smartphone… if you don’t mind the bezels. It’s really hard to use devices like the LG G6 or Samsung S8 for a couple of months and then return to a device with normal bezels.

It just feels like there’s so much empty space, but at least OnePlus continues to use capacitive buttons to make some use of it, and you don’t have to worry about apps not formatting correctly to weird aspect ratios.

If having vanishingly small bezels is not a big deal to you though, OnePlus has one of the best displays out there. It’s still ‘just’ 1080p, but that’s something 99 percent of users won’t notice – heck, Samsung even defaults to a 1080p resolution in its software, despite its displays being capable of  going higher.

More importantly, the color reproduction is fantastic. It’s saturated, but not so much to be overwhelming, and the DCI-P3 color coverage really drives the point home. Daylight visibility is good, and there’s little in the way of off angle color tinting, which I personally find highly distracting on OLED screens.

One quick note: although the OnePlus 5 doesn’t have an IP rating, OnePlus tells me it’s tested the phone to survive the usual water-damage culprits, like dropping it into a toilet or being hit by heavy rain. That should provide an additional bit of piece of mind.

OnePlus has one neat new software feature I’ve come to appreciate a lot during my review period: a reading mode. It does this clever thing where it tries to match your display’s color temperature to the ambient light – similar to the iPad Pro – and then turns everything greyscale.

It’s supposed to provide a facsimile to an e-reader, and surprisingly, it works pretty well, especially when you have ample ambient light. It sounds like a bit of a gimmick, but I found it made it just a bit easier to read longer articles without being distracted by colorful ads, and felt easier on the eyes when reading manga.

Besides, you can assign it to your quick settings or to auto-enable with specific apps, so it’s easy to turn off and on.

Honestly, though I’m a stock Android type of guy, Oxygen OS has several little refinements like that I’m a fan of. Some examples:

(But please, OnePlus, give us a one-handed mode. It makes life a lot easier for those of us who use our phones on the move a lot.)

As far as I can tell, there’s no performance overhead for OnePlus’ addition. The phone feels noticeably smoother than the S8, despite having the same processor. Not that I think it matters too much, the G6 still performs admirably with last year’s Snapdragon 821, but the OnePlus is at Google Pixel levels of smoothness.

This is aided by the fact OnePlus has implemented a noticeably more responsive display. Some users complained about the slow response times with the 3 and 3T, but the 5 feels every bit as fast as the Google Pixel to my eye. In a similar small bit of polish, OnePlus is using a better vibration motor that feels a fair bit more satisfying the fuzzy buzz of prior generations.

But the OnePlus 5’s most notable new feature is its fancy dual-camera system, and it mostly delivers. Photos during daylight are excellent – OnePlus handles high dynamic range with aplomb, and colors are vibrant and punchy. It doesn’t quite handle extreme high contrast as well as Google does, but I prefer OnePlus’ colors.

Low light photos were slightly less consistent, as the camera sometimes had trouble finding the right exposure, but when it did, it seemed on par with what I’ve seen from the Galaxy S8 or LG G6, despite not having optical image stabilization (the Google pixel doesn’t either, for that matter). Keep in mind though that the telephoto camera has a worse sensor and smaller aperture, and low light images suffer for it – stick to the main camera when you can.

On the whole though, I’d say OnePlus’ setup is right up there with the Google Pixel or Galaxy S8, while giving you the extra versatility of a telephoto lens. OnePlus said it concentrated the bulk of its efforts on software this time around, and it shows. 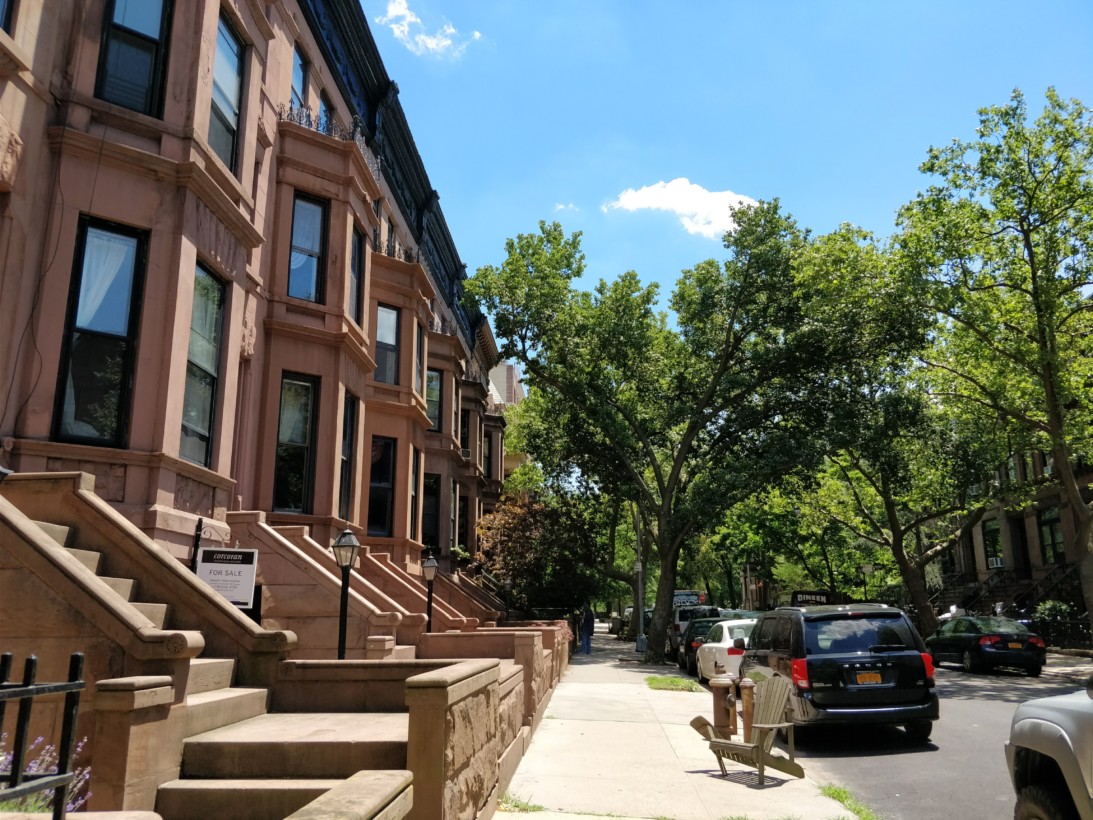 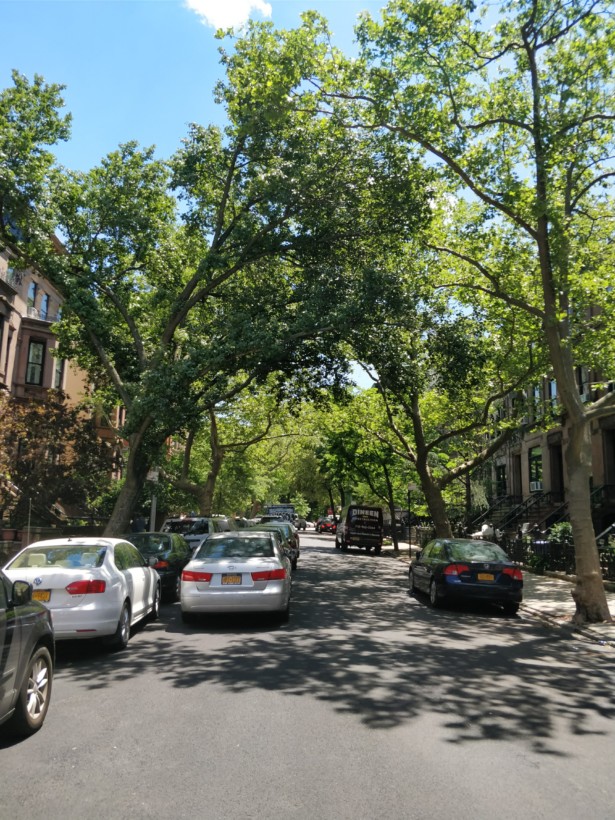 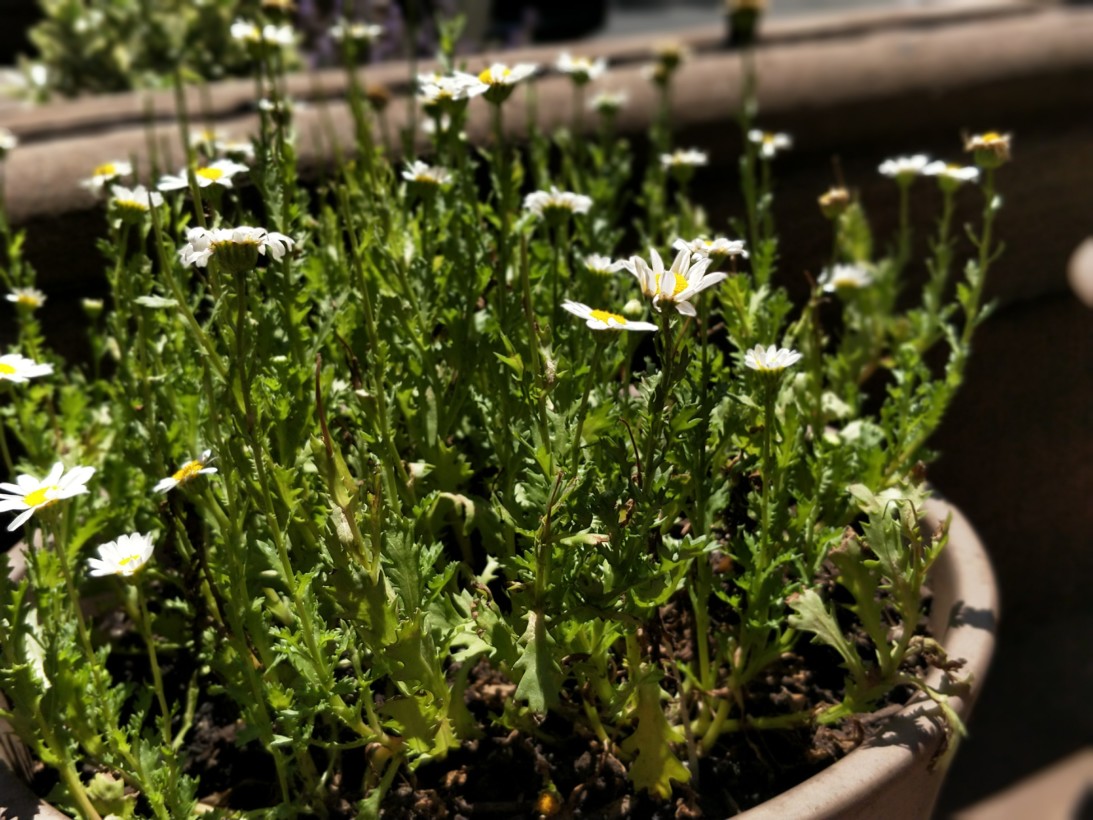 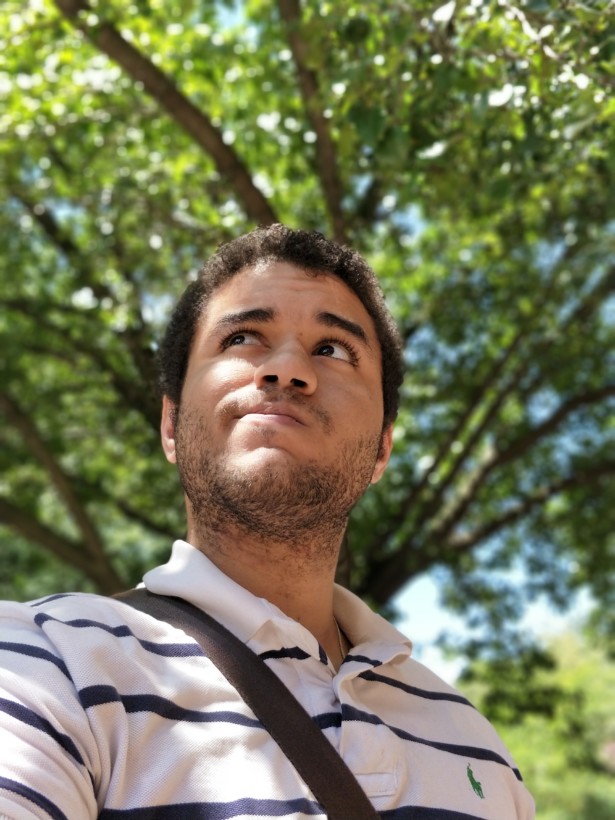 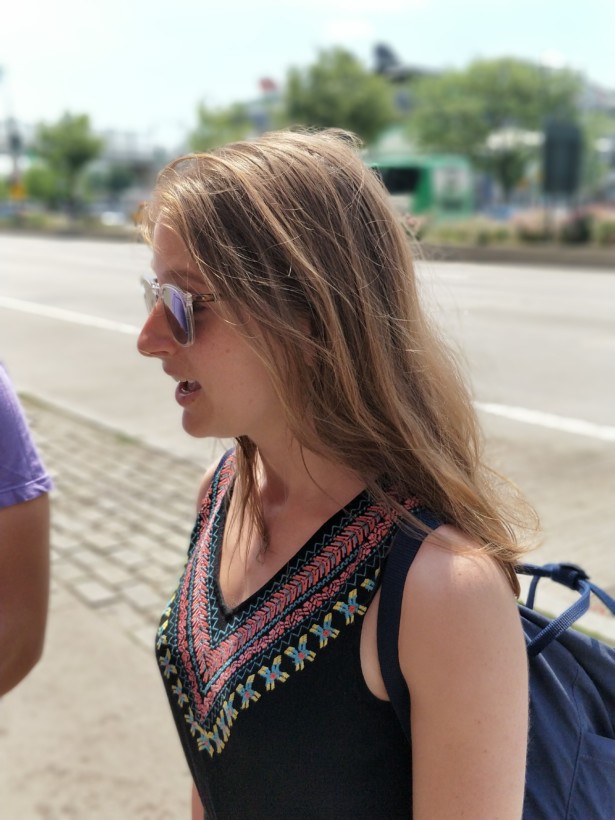 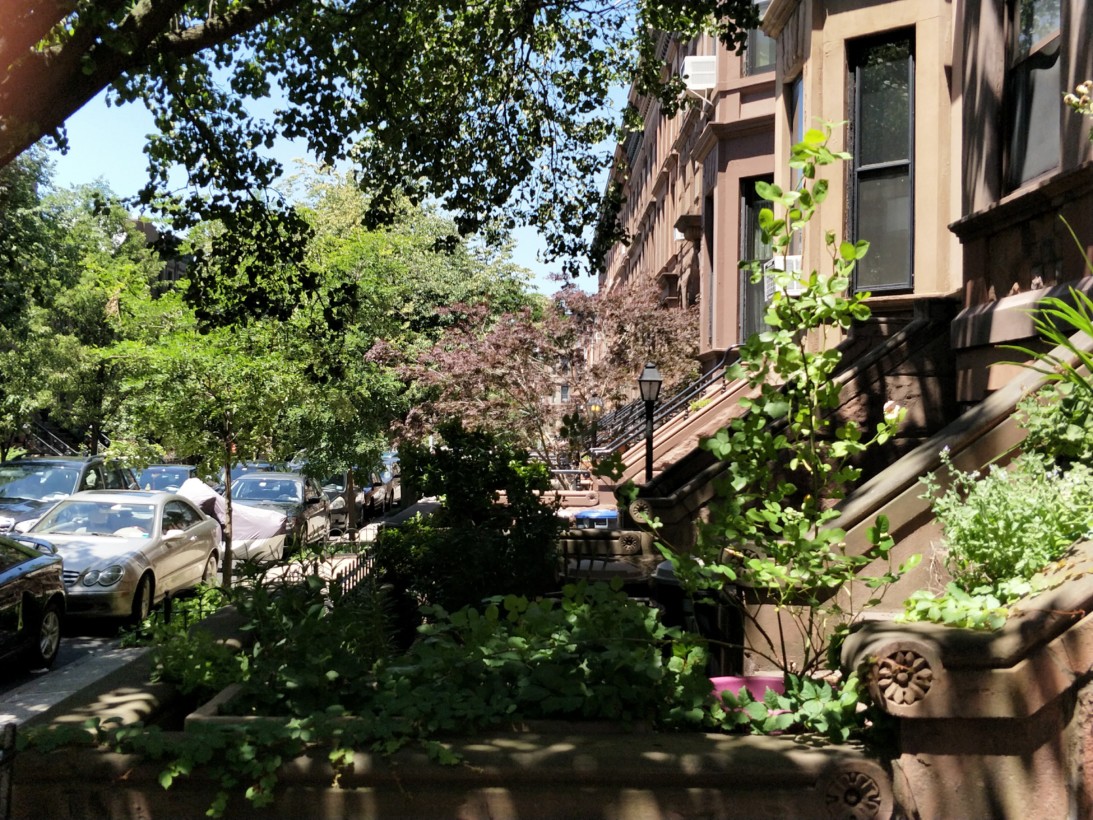 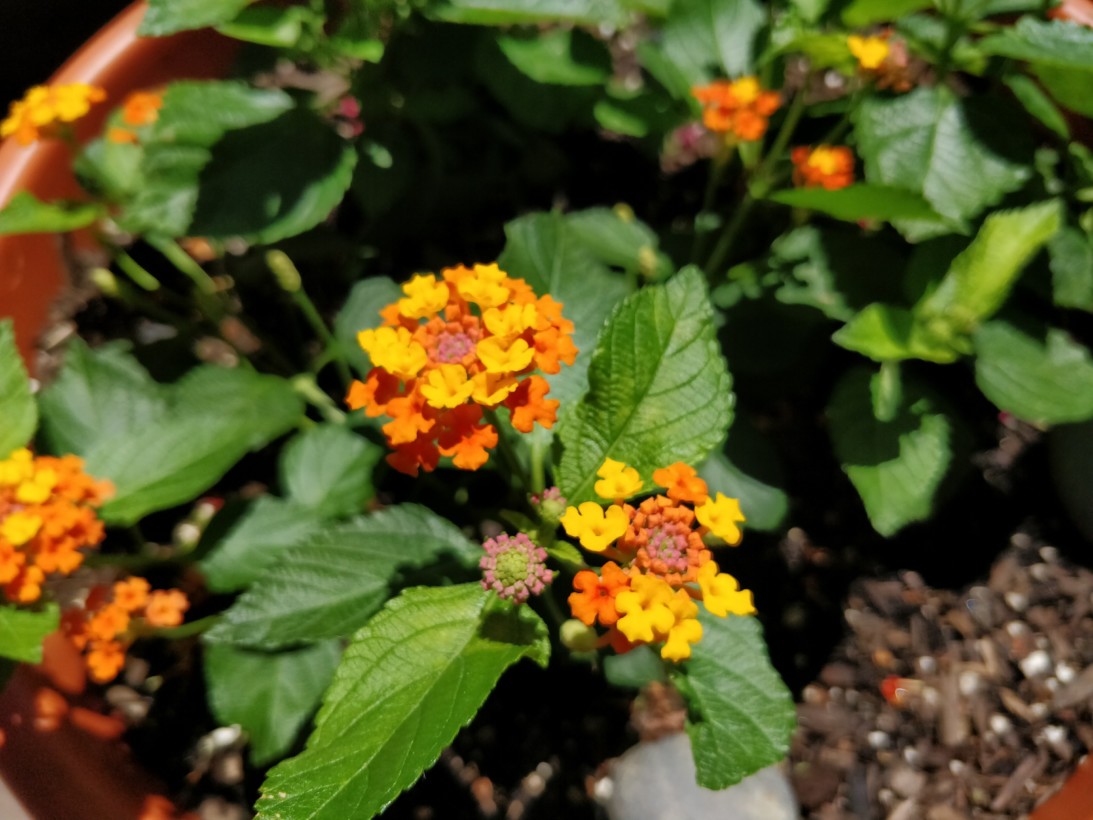 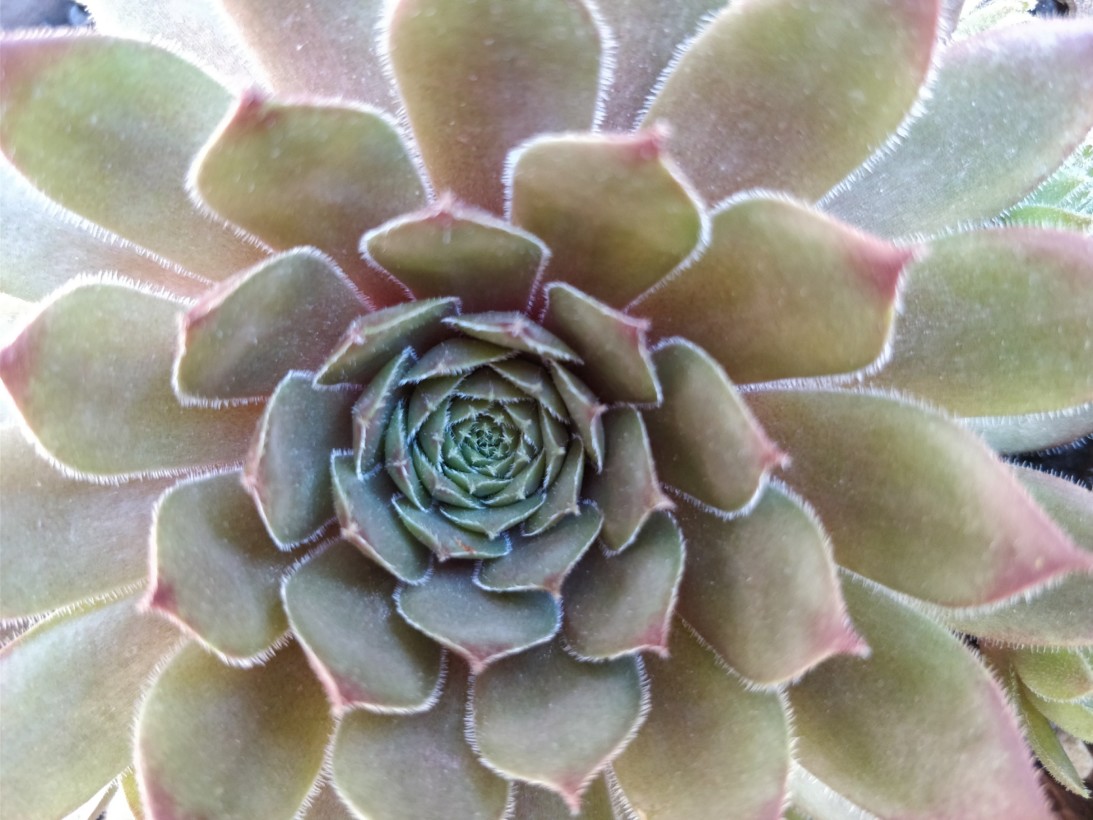 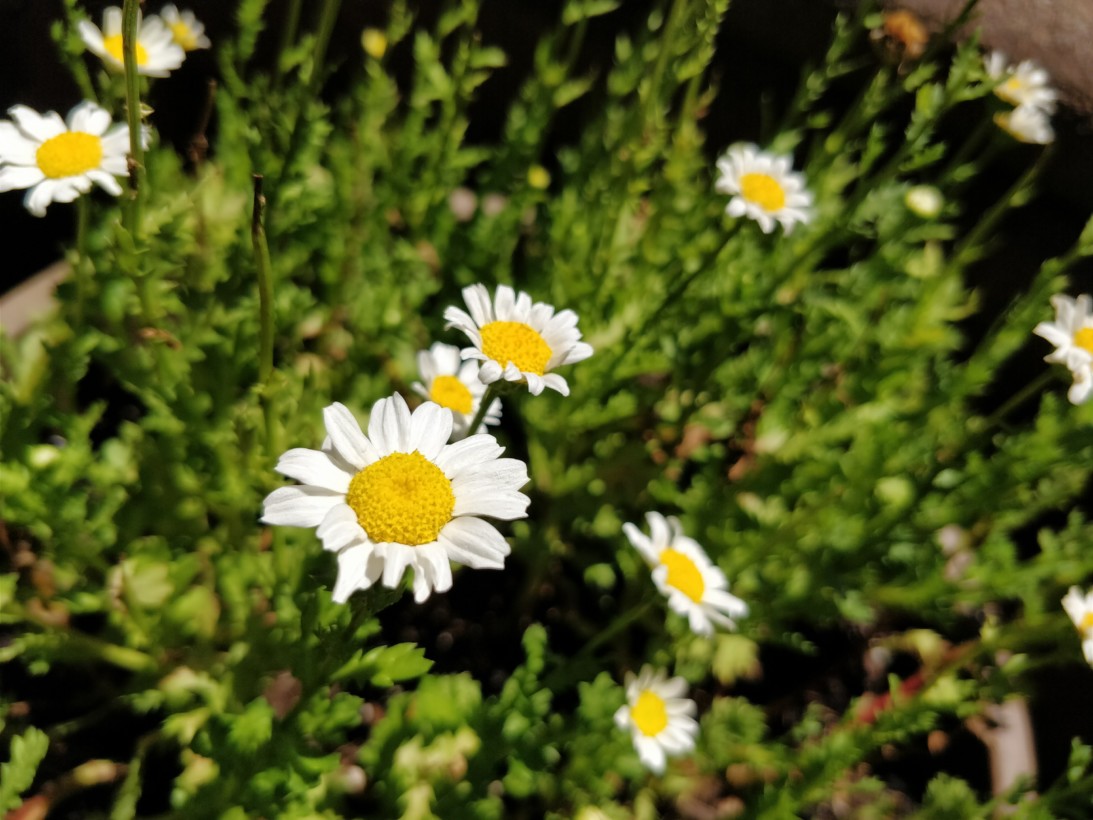 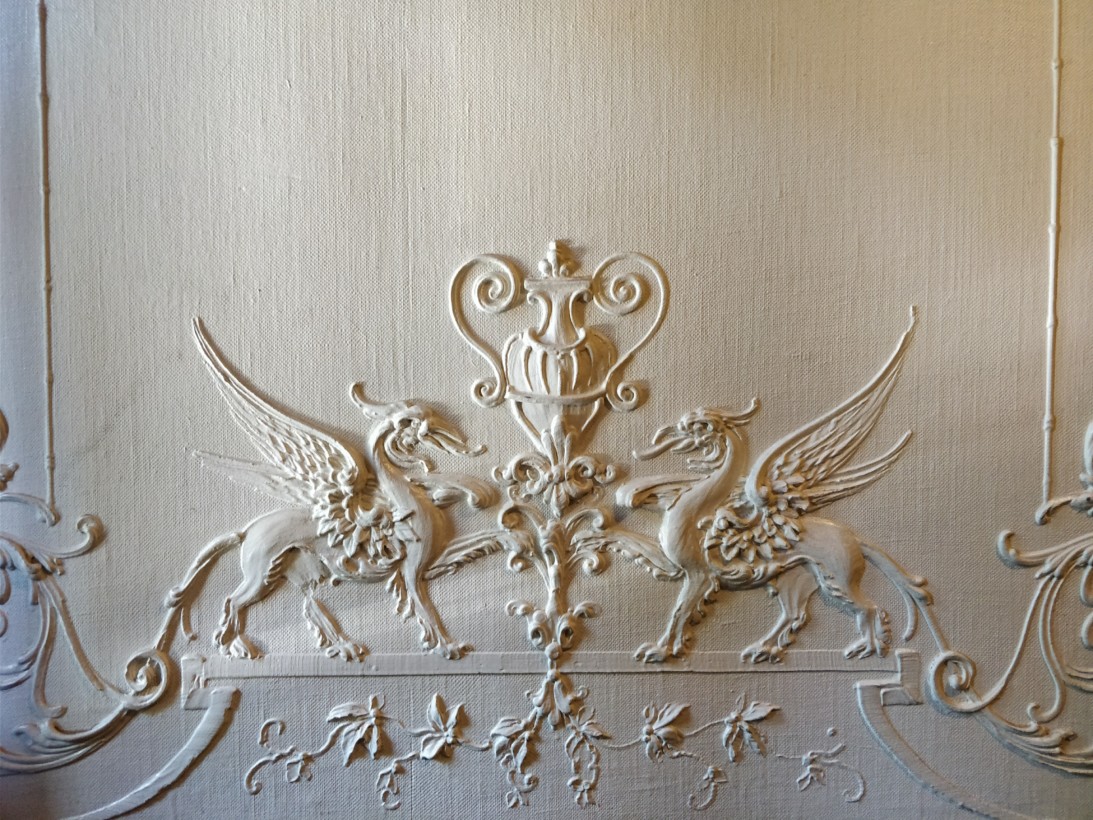 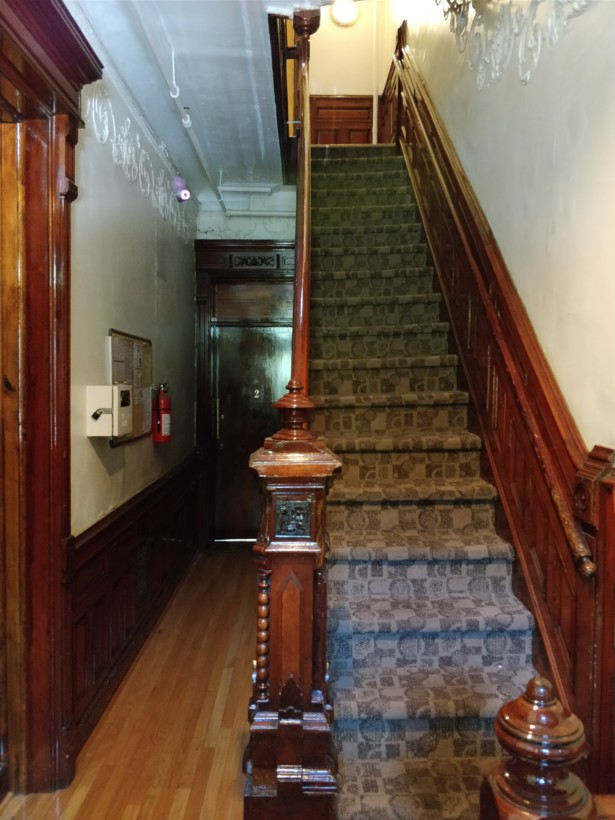 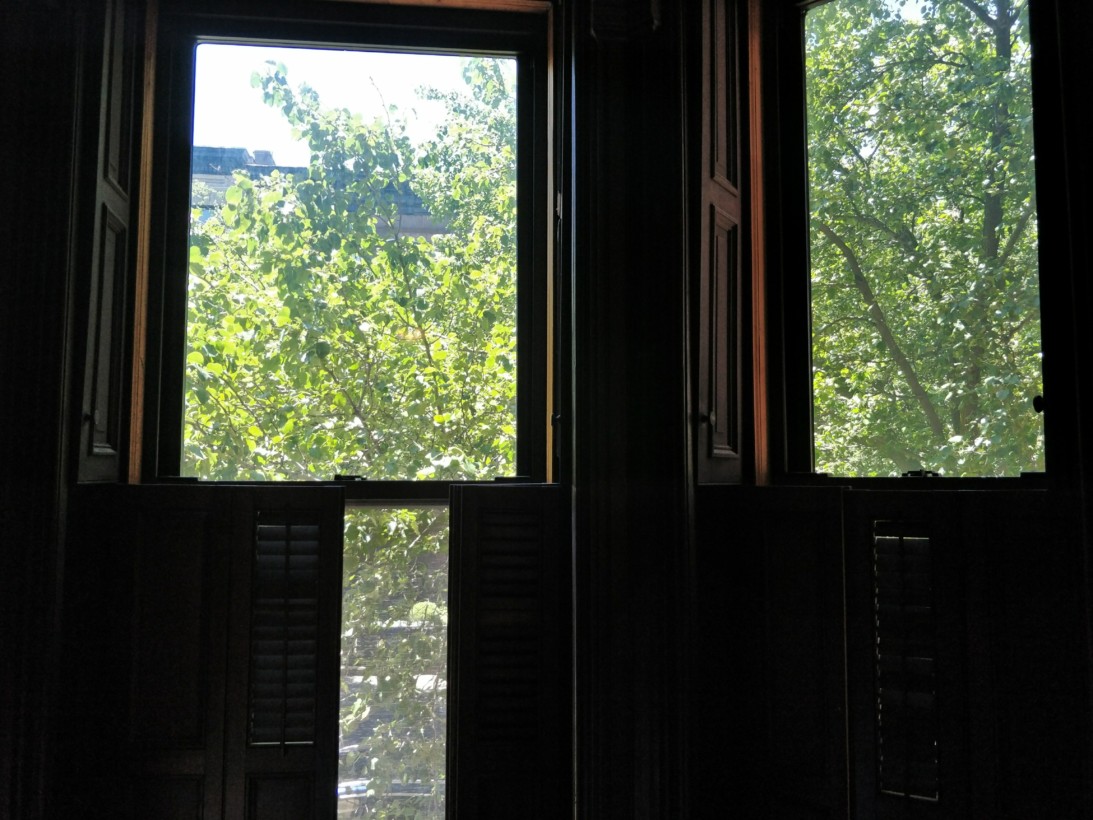 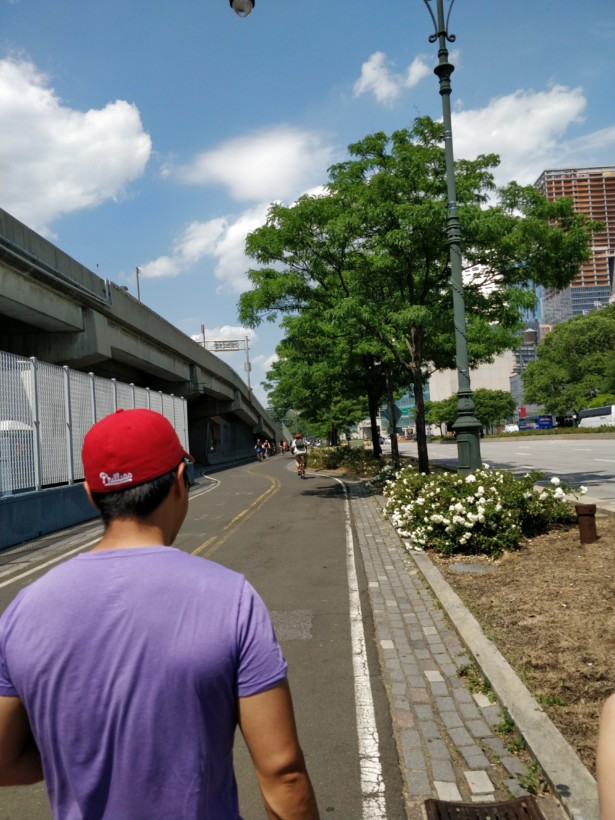 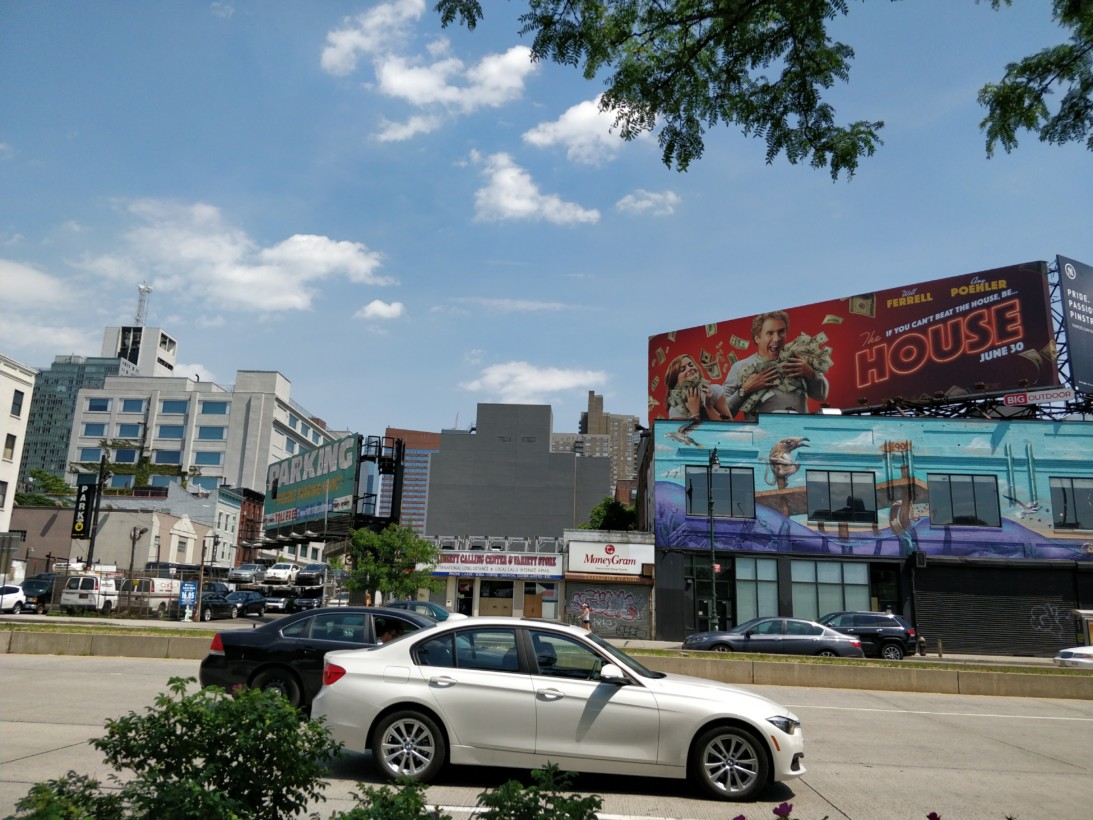 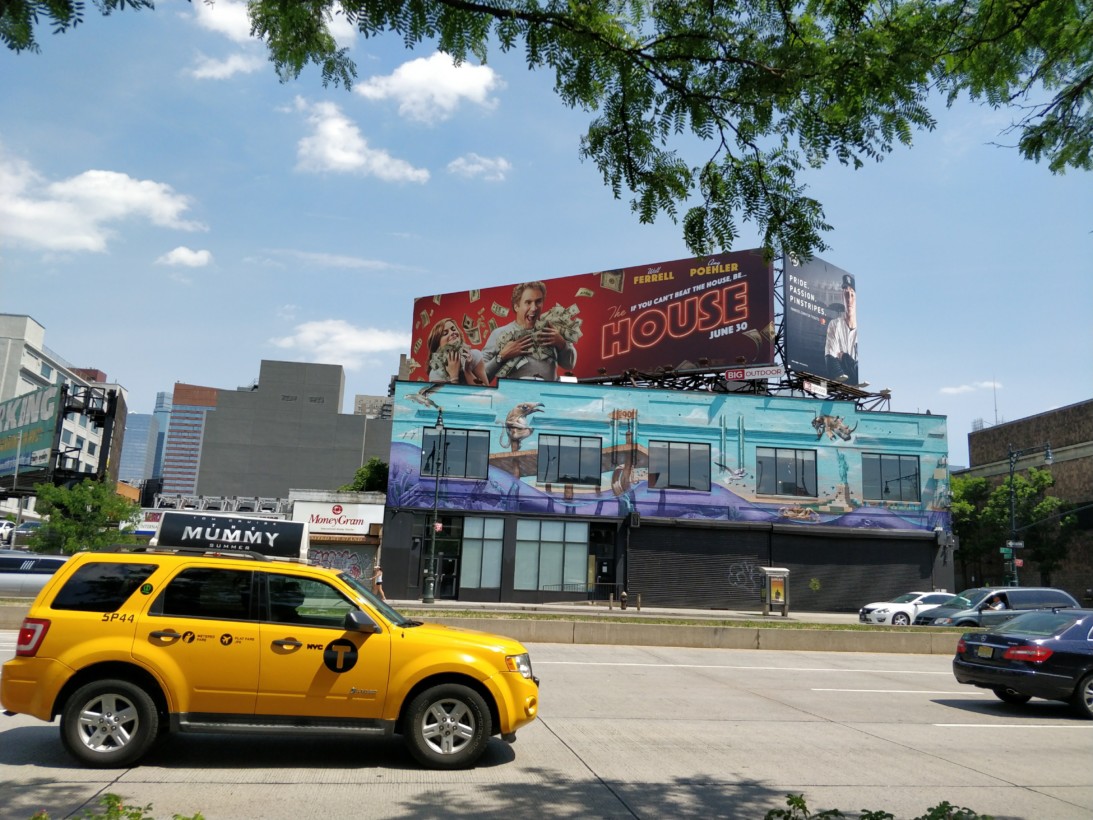 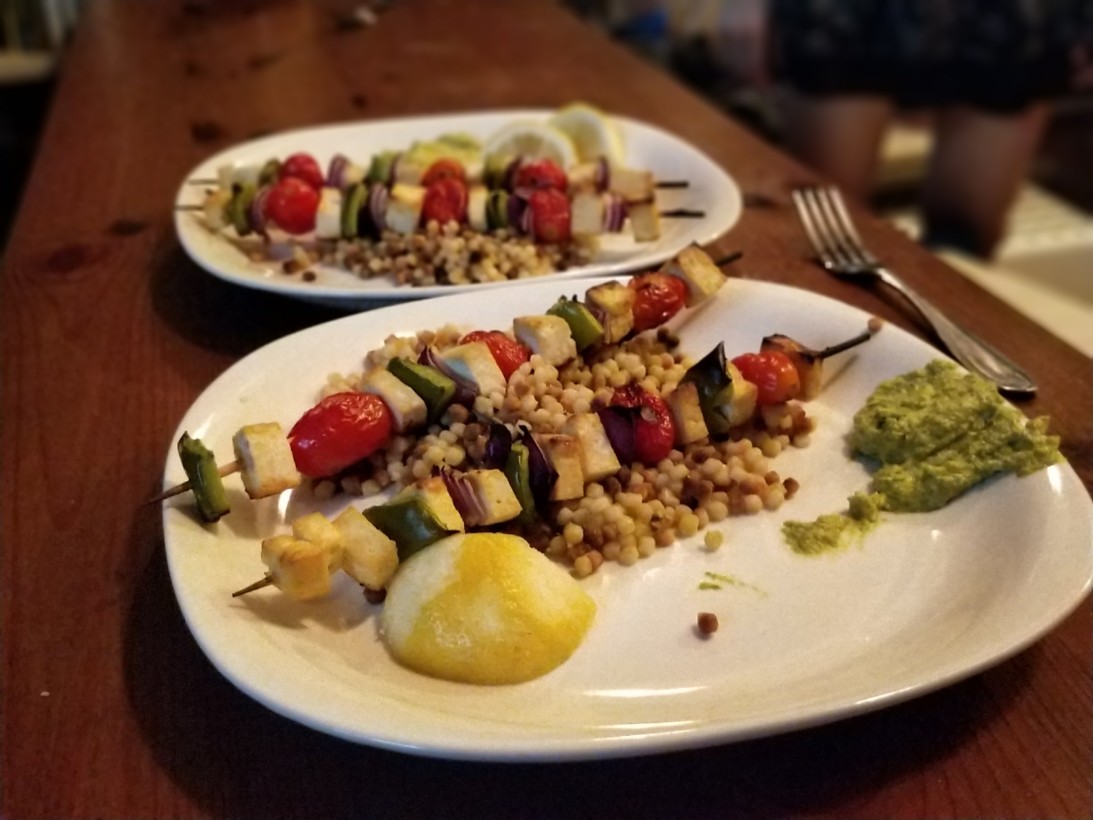 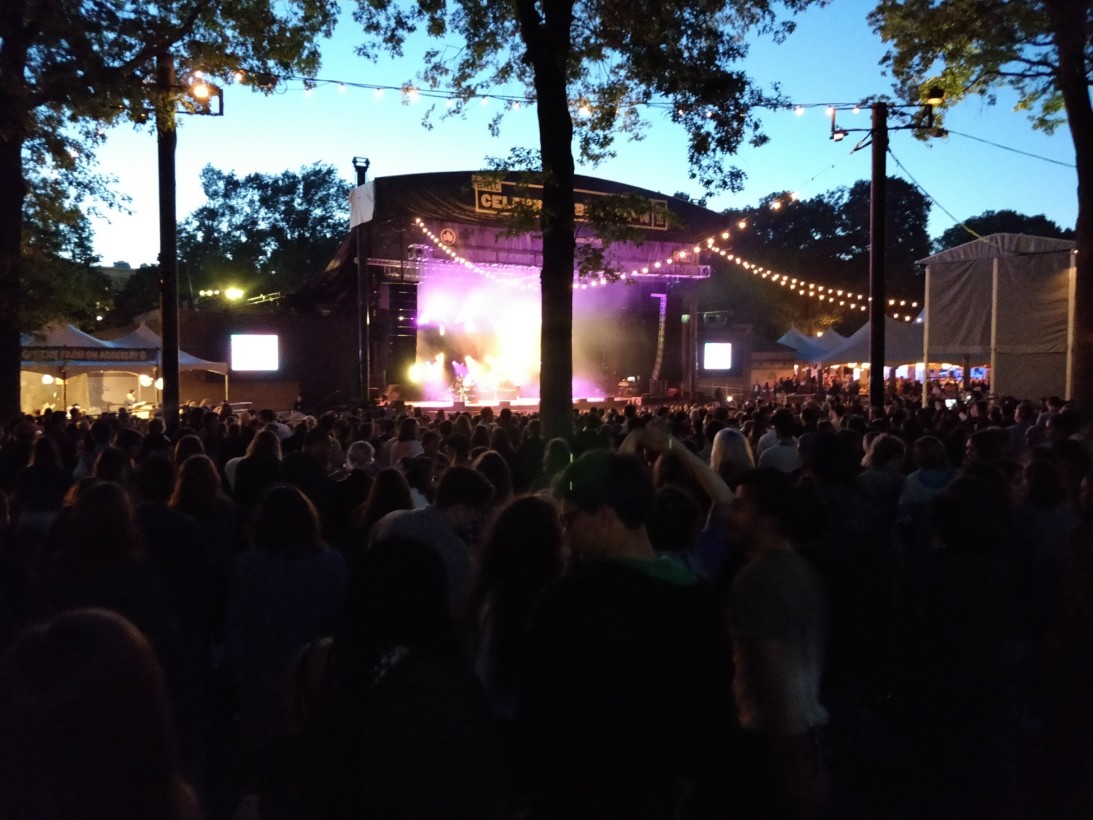 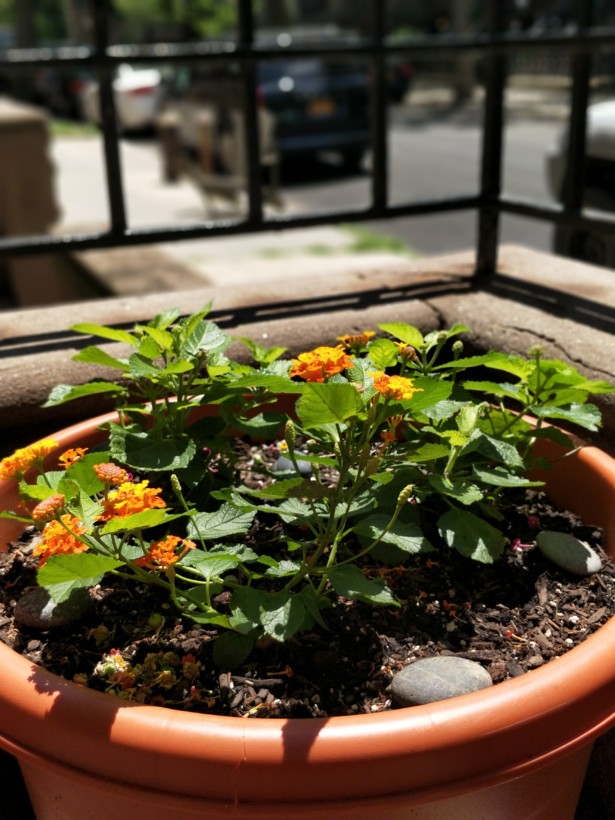 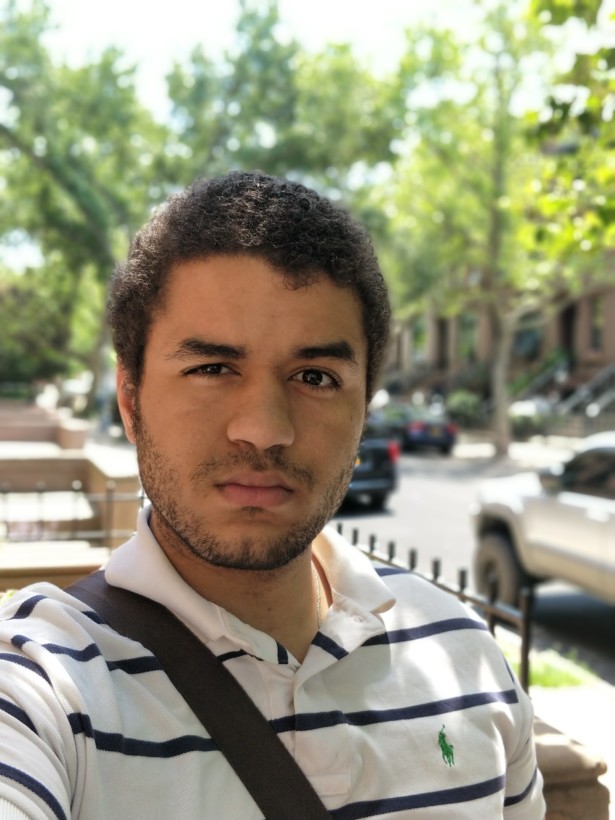 Speaking of which, there’s also an improved Pro mode with a much appreciated histogram, level, and the ability to save custom settings. Neat.

Of course, the portrait mode is the headline feature, and OnePlus succeeded here, at least compared to its peers.

Past experience has been very hit-or-miss with artificial shallow depth of field on smartphones, especially on Android devices. Hair and foliage are their bane, but the OnePlus 5 does a consistently convincing job, and it works on non-human subjects too. That said, it can be a bit finicky about needing enough light or being at the right distance, but when the feature is active, it does a pretty swell job.

It’s not perfect of course, but I think it’s up there with the iPhone 7, and better than what I’ve seen from Huawei so far. It’s not even worth comparing to Google and Samsung’s single-lens attempts.

The last piece of the equation is battery life, and once again, it impresses. The OnePlus 3T already delivered really impressive battery life; the 5 has a very slightly lower capacity battery, but delivers battery better than what I saw with the already-solid 3T.

OnePlus itself claims the OnePlus 5 lasts “20 percent longer” than the 3T thanks to the more efficient processor and RAM, as well as some tweaks. In my own everyday testing, that seemed believable. For my typical heavy usage with medium-high brightness, that’s about 6-8 hours of screen-on time, which is some of the best battery life I’ve seen from a flagship Android phone in the last couple of years.

Meanwhile OnePlus’ Dash charging remains a bit of a double-edged sword. The more standard Qualcomm Quick Charge won’t work with the OnePlus 5, but the proprietary Dash Charging is generally faster. More importantly, it can maintain those rates while you’re actually using your phone, where most phones slow down significantly if you try to watch videos or play games while you’re charging.

In the past, I’ve said OnePlus is missing a ‘hook’ – a feature to help it really stand out from the crowd – but that argument is a bit harder to make in 2017. There are little things you can pick at, like the lack of an HDR display and high-end VR support. For many people, the larger bezels compared to the G6 and S8 will be the biggest deterrent.

And yet, the dual-camera system is one of the best implementations I’ve seen on Android, the specs are some of the best out there, and the battery life is among the best I’ve seen. Perhaps the best praise I can give the OnePlus 5 is that were always “really good for the price,” I think I’d recommend the OnePlus 5 nearly as readily if it cost as much as an S8 or iPhone 7.

Thank goodness it doesn’t though, as OnePlus is filling a important void left ever since Google abandoned the Nexus line for the Pixel: an affordable, powerful phone with stock(ish) Android geared towards enthusiasts. With OnePlus delivering updates faster than ever since combining its two software teams, and the company placing a newfound emphasis on customer service, it’s starting to get some of the benefits of a household name too.

Ultimately, I judge phones based on how likely I am to recommend them, and it comes down to this: if you really want an Android phone and are enticed by specific features like minimal bezels, VR, or a wide-angle camera, get an S8 or G6. But if you want a reliable phone that nails the basics of performance, image quality, and battery life, I’m not sure you’ll find a phone better than the OnePlus 5 at any price. Let’s just hope we get those thin bezels on the OnePlus 6.

If you’re interested in picking one up, you can order the OnePlus 5 from its official page now.