There are a million and one headphones out there, so it’s hard to make a product that stands out from the crowd, especially if you’re banking on design and sound quality rather than newfangled features. But sometimes, like in the case of the $200 Moshi Avanti, that’s enough.

Moshi isn’t known for being an audio company. It’s built reputation making accessories for portable devices, and I wouldn’t have ever thought to try their headphones had their design not caught my eye during CES earlier this year. I’m glad I did.

Needless to say then, the Avanti are a sleek looking pair of on-ear headphones (I went for the red, but there’s also a great tan color). I’d actually call them the best-looking on-ears I’ve seen – better than the Sennheiser Momentums I love – but that’s of course a subjective.

The styling  doesn’t surprise me much, given the company’s penchant for crafting handsome accessories (the Avanti themselves come in a really nice hardshell case). What’s more refreshing is how practical they are.

Firstly, they’re more compact than your average on ears. The thin metal headband is lightweight yet padded enough to be comfortable, and it includes a hinge mechanism that allows the headphones to fold in on themselves for compact storage. That’s fairly common in large cans, but rare to see on headphones on headphones that are already this small.

More importantly, they’re extremely comfortable for on-ears. The gentle clamping force, soft foam pads, and light weight means I could wear them for hours on end without any discomfort. I used them almost non-stop during a 10 hour flight and only felt the need to give my ears a break once or twice. 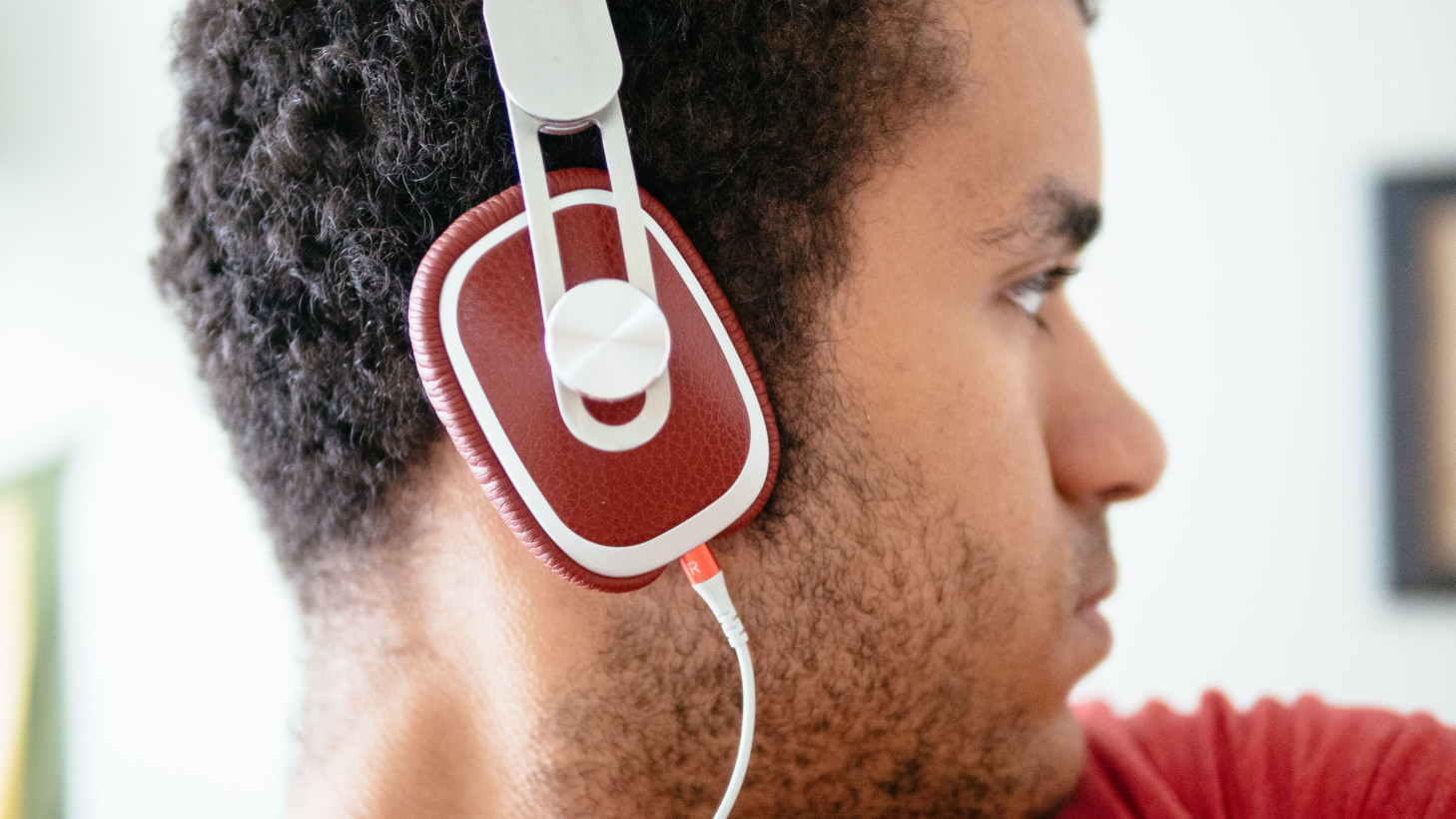 They’re also slightly angled to conform to your ear’s shape, which likely contributed to their noise-blocking ability. While they don’t stamp out environmental sounds with fancy noise-cancellation circuitry, they do the best job of cancelling outside noise of any on-ears I’ve tried so far. They also leak minimal noise out something that people sitting next to you on the subway will appreciate.

I like listening to my music fairly loudly. I’ve occasionally met some trouble driving hi-fi portable headphones out of some smartphones, but the Avanti’s 40mm speakers are quite easy to drive. They should be easy to drive from pretty much any phone, and actually get louder than I’m comfortable with from my HTC 10 excellent audio output.

My biggest caveat is the type of cable Moshi uses. It runs out of both ears, in an era where I’m spoiled by single-sided cables – or no cables at all. Moreover, the cable doesn’t connect to the earcups via standard 3.5mm or 2.5mm connectors, which will make them harder to replace. To be fair though, some audiophiles argue that single-sided cables mess with the sound balance.

I was taken aback at how good the Avanti sounded after trying them at CES, but that was a short test in a loud event hall. Thankfully it turns out they’re just as good as I remembered.

It’s a fairly neutral sound with a the slightest of bass bumps and an overall tilt towards the top end. That’s not to say they’re lacking bass response at all – they have ample sub-bass presence and can handle 20 hz tones just fine – it’s just not the bass-forward sound often found in portable consumer headphones.

What bass its there has ample kick, and has no trouble handling quick bass-lines like in Pendulum’s ‘Propane Nightmares.’ Drums sound particularly lively, and hit hard in Paramore’s ‘Ain’t it Fun.’ But this may not be the most ‘fun’ sound if you’re looking to satisfy your EDM crave.

Mids are nicely textured, and the tame bass means there’s no bloat to the sound. Instruments around the midrange like the cello and electric guitar are presented with excellent timbre, making them sound more realistic than you might expect from headphones of these highs.

Going to the highs will be more divisive. I like the extra kick it affords to brass instruments, but it might border on harsh  if you’re sensitive to treble – especially on poorly recorded tracks. Speaking of, these headphones are not forgiving of low bitrates, so make sure you’re listening to a high quality source.

It’s not too hard nowadays to find headphones with good performance across the frequency range, so I’ve started to value soundstage – the breadth and realism of your music’s virtual space – more highly, as it’s something few headphones get right. It just so happens the Avanti to an excellent job at it.

While you won’t confuse them for speakers or some of the better over-the-ear headphones, they provide an expansive soundstage for something so small – I’d describe it akin to listening to music in a small chamber hall. Better even than the larger $450 Audeze Sine I reviewed earlier this year.

The Avanti handle instrument separation with aplomb, with a great sense of positioning. The frame is so lightweight and minimal that there is little reverberation from your music. That helps add to the soundstage illusion; even if it isn’t the widest presentation, Moshi’s done an excellent job at making you feel like the music is coming from outside your head. 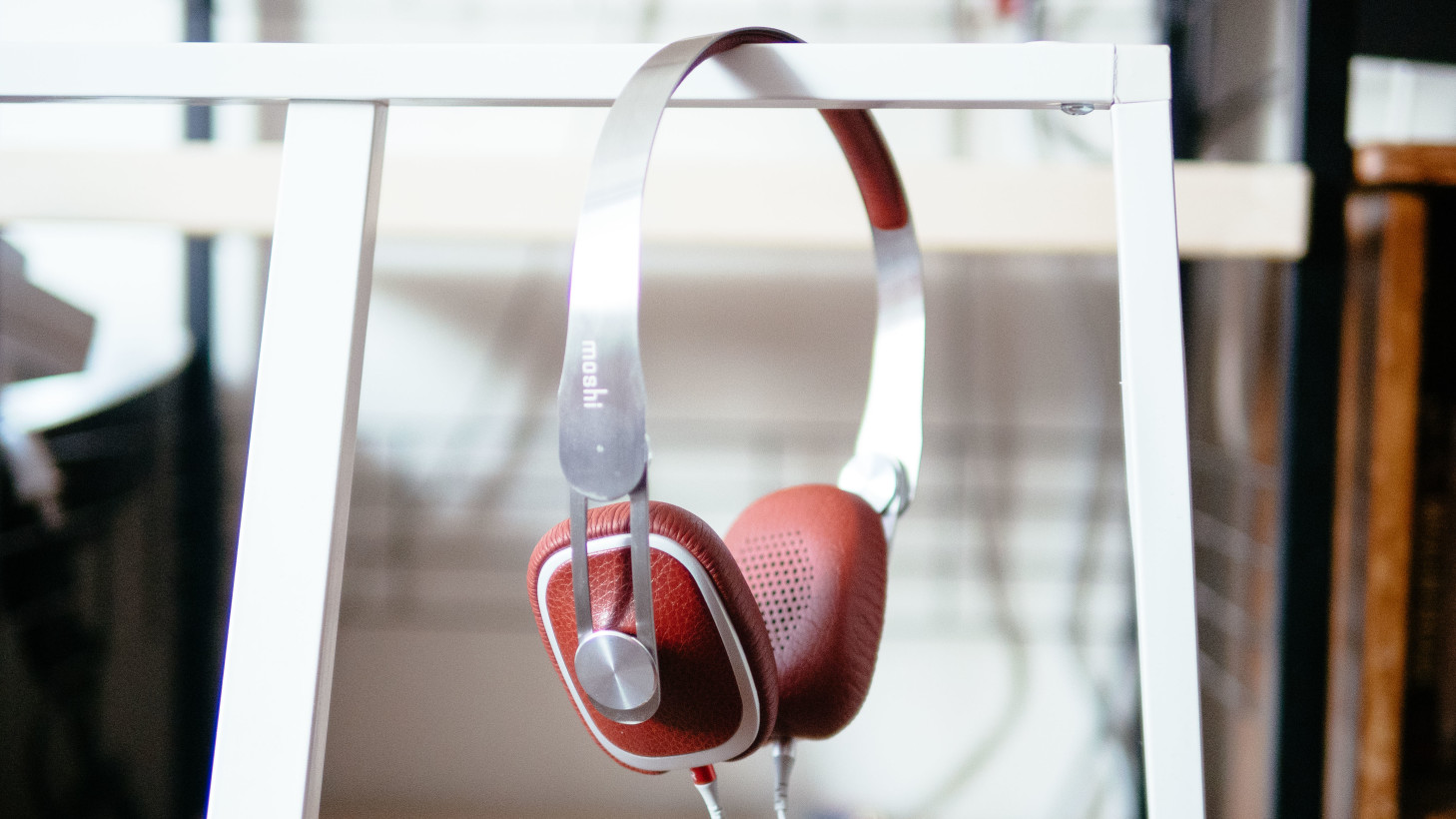 I usually don’t expect much from closed-back on-ear headphones, but the Avanti were a very pleasant surprise, and a wonderful result for the company’s first attempt at anything larger than earbuds.

After trying out high-end portable cans like $450 Audeze Sine and the $400 Oppo PM-3, I was surprised by how often I went back to the Avanti. Not to say they’re better – on a technical level both those options win out – but the Avanti are so practical and have such a well balanced sound that they find a spot in my bag more often than I’d expected.

Of course, $200 isn’t chump change. But if you’re the type of person to spend over $100 on headphones anyway, I think you’ll find the Avanti justify its price tag – certainly better than anything comparably priced from Apple’s Beats line. Add in the excellent styling, comfort and build quality, and Moshi’s made my favorite headphone of the year so far.