Brainwavz’ newest entry into the audiophile market is its B-400 earphones. They feature four drivers, a unique 3D-printed design, and a level of sound-quality usually reserved for much pricier gear.

The B-400s feature a rich sound stage. I usually prefer over-the-ear headphones because earphones tend to be a little more hit-or-miss whether they handle acoustic bass sounds well. Most mid-to-high end in-ear phones, in my experience, handle dance music and hip hop better than jazz or blues. But the B-400 earphones sound good no matter the genre.

The star of the B-400’s show is its quad balanced armature. Four drivers provide what ‘feels’ like a smoothly-reverbed layer of low-end resting on top of punchier kick sounds. This means tracks like Ray Charles’ “What’d I say, parts I and II” sound phenomenal: you can almost hear the kick pedal thumping against the kick drum with the beat, but the bass guitar still jams along prominently in a different space.

These earphones handle mids and highs just as well. With them, I could hear J. Cole’s ad-libs and background vocals with near studio-quality clarity on his just-released album. On the track “ATM,” Cole’s delivery ranges from near-whispering to rapid-fire screaming and, despite being mastered with the vocals center, it never feels like he’s drowning the beat or backing vocals. Again, four drivers in your ears makes a big difference.

There’s really very little about the sound quality of the B-400 to complain about. My only real objection is that it feels like the four drivers don’t really start to pay off until you reach a “medium” volume level. At lower volumes the earphones are slightly less impressive. If you listen to your music on a 2 or 3 (out of, say, 10) then you might want to save some cash and buy a cheaper set.

But when you crank up even older music, like Deftones’ classic “Change (In The House of Flies),” and you hear the fantastic natural instrument sounds swelling with sampled-in gritty vinyl noises, what you don’t hear is unwanted crackling or distortion.

My love affair with Brainwav’s B-400 doesn’t exactly end with its heavenly sound stage, but it takes some minor hits when it comes to the non-audio features of the product. 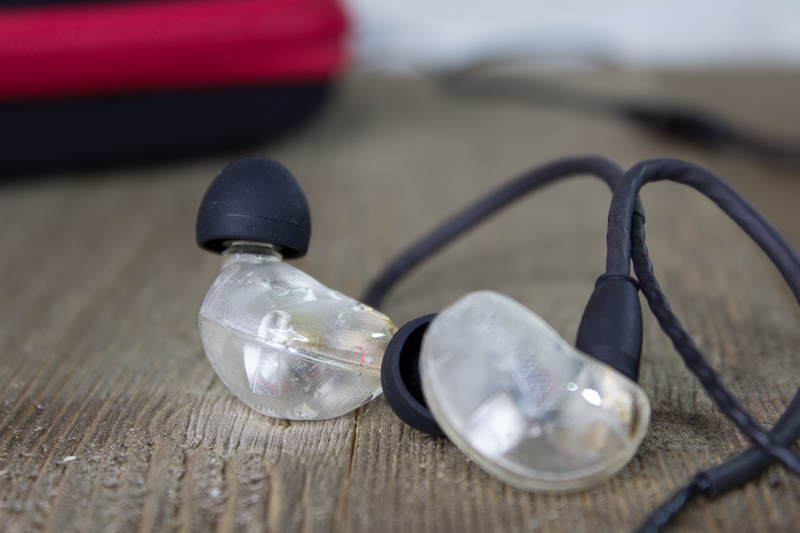 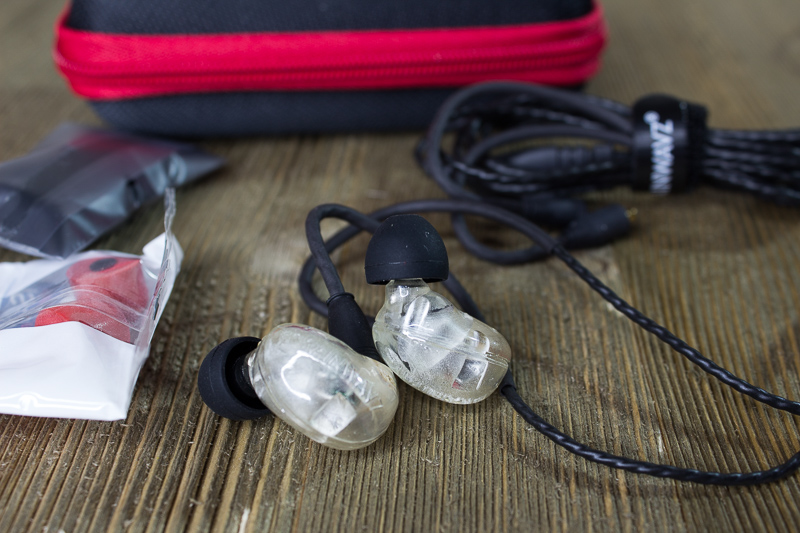 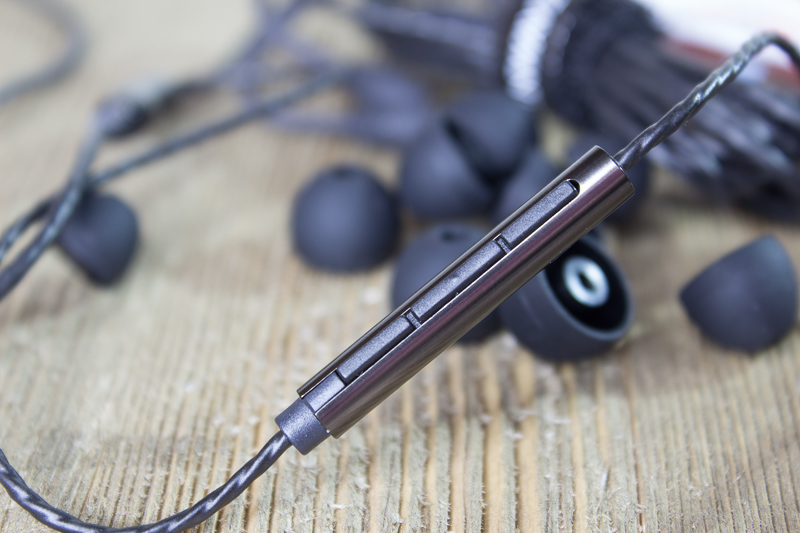 It looks pretty good, there’s no beef there. I reviewed the earphones in “Frost” which would have been more aptly named “Clear.” It comes in red, blue, green, black, and cosmic black as well.

And that design? It’s unique because it was 3D-printed using a special liquid plastic resin. Rather than bang out a billion cases in a factory and then have some audio engineers figure out a way to jam some speakers into it, it was designed around the four driver idea from the beginning. Unfortunately there are still some issues.

The design is actually quite good, don’t get me wrong, but it’s not without its trade-offs. First, the earphones detach from their MMCX wires so that you can swap in a smartphone cable with a mic. Which is fine, but it’s a pain in the ass to plug the wires in. Maybe it’s just me, but every time I tried it I found myself struggling to get things to click into place.

Another issue with the design is the earphone tips. It ships with 6 silicon and 1 Comply T100 tips. Unfortunately it’s fairly difficult to change them out because the post they slide onto just feels a smidge too big. The plus side to this is that it doesn’t feel like the tips will fall off, but every time I changed them I was bit worried I’d rip one.

These are small complaints and, due to the unique design process of the B-400, they’re quite excusable. For the price you pay for these earphones you’re getting excellent sound quality from a set that has no glaring problems.

Brainwavs B-400 sound great, look good, and function well. For under $200 you’ll be hard-pressed to find a better pair of earphones.