In many ways, not much has changed with regard to design. It’s still a screen sitting atop a pedestal, and Apple didn’t pull any punches by stripping it of ports. The iMac is still slim, sexy and iconic.

As desktops go, an iMac will provide all you need. The big, beautiful screen has a very adequate 720p FaceTime webcam, and there are dual speakers just under the front panel.

You also get a 3.5mm headphone jack, SD card slot, four USB 3 ports, two Thunderbolt ports and a gigabit ethernet port. Aside from the power cable input and power button, the rear is very plain.

I’ve openly questioned 4K’s purpose when it comes to mobile devices, but not the desktop. It’d be really easy to consider Apple late to the 4K game, but there’s a trick up iMac’s sleeve: P3.

So here’s where we get geeky. P3 brings a wider color gamut to the Retina 4K screen, and outpaces the sRGB that is fairly standard by up to 25 percent.

So what does that mean for you? As you can see in the charts below, that funny color space is what the naked eye is capable of seeing while the dotted line represents what sRGB displays. P3– the solid line — allows the screen to display more blues, greens and reds than many screens. It doesn’t mean you’ll see colors you’ve never seen before, only that the picture you see via the Retina 4K iMac is more accurate to real life.

The change is subtle, and sadly I can’t prove it to you via an article. But once you see it for yourself, the benefit becomes apparent. It’s as if your current monitor or computer is lying to you.

Blues and greens are deeper, reds look red, and those in-between colors like orange look brilliant. If you like yellow, you’ll love the Retina 4K iMac. 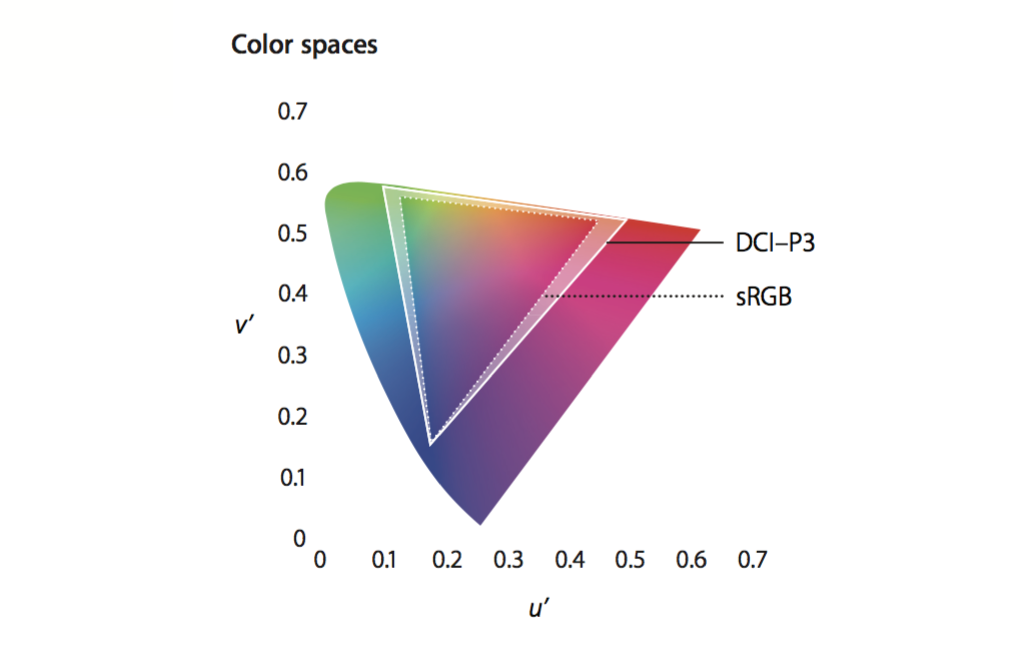 Is P3 some sort of trick?

I thought it might be, but no — it’s not. Apple achieved P3 by increasing the pixel density (4K, duh) and changing the LEDs.

Instead of a white LED, the iMac Retina 4K uses a red-green phosphor LED. It explains the chart above, too; reds and greens jump 25 percent on that chart, while blue is basically even to sRGB monitors. The second set of graphs illustrate that nicely.

Casual users will like it, and if you work in visual arts — you’ll love it. P3 is ahead of the curve, but it’s impressive.

With your iMac, you’ll get a few refreshed input devices: the new keyboard and mouse, and an optional trackpad.

The Magic Keyboard is somewhere between a new MacBook and legacy Apple keyboard. It’s not quite as flat and responsive as the MacBook’s, which is because Apple didn’t implement its new butterfly mechanism. Instead, it reworked the scissor mechanism to be flatter. That helps it sit lower to the table, too.

Magic Mouse 2 has new rails underneath that provide a smoother gliding experience, and is much lighter than its predecessor. It’s got a multi-touch surface, too, so you can scroll and such without the need for a wheel.

Magic Trackpad 2 is much sleeker, and brings in Force Touch. Apple also increased the surface area by 29 percent.

All three have rechargeable lithium ion batteries. The trackpad and keyboard work when plugged in — the charging port is around back — while the Magic Mouse needs to be idle while charging (it’s port is underneath).

The mouse will get you through the day with a two-minute charge, Apple says. Though the mouse was the only device officially tested to provide that feature, similar results can be found with the keyboard and trackpad. 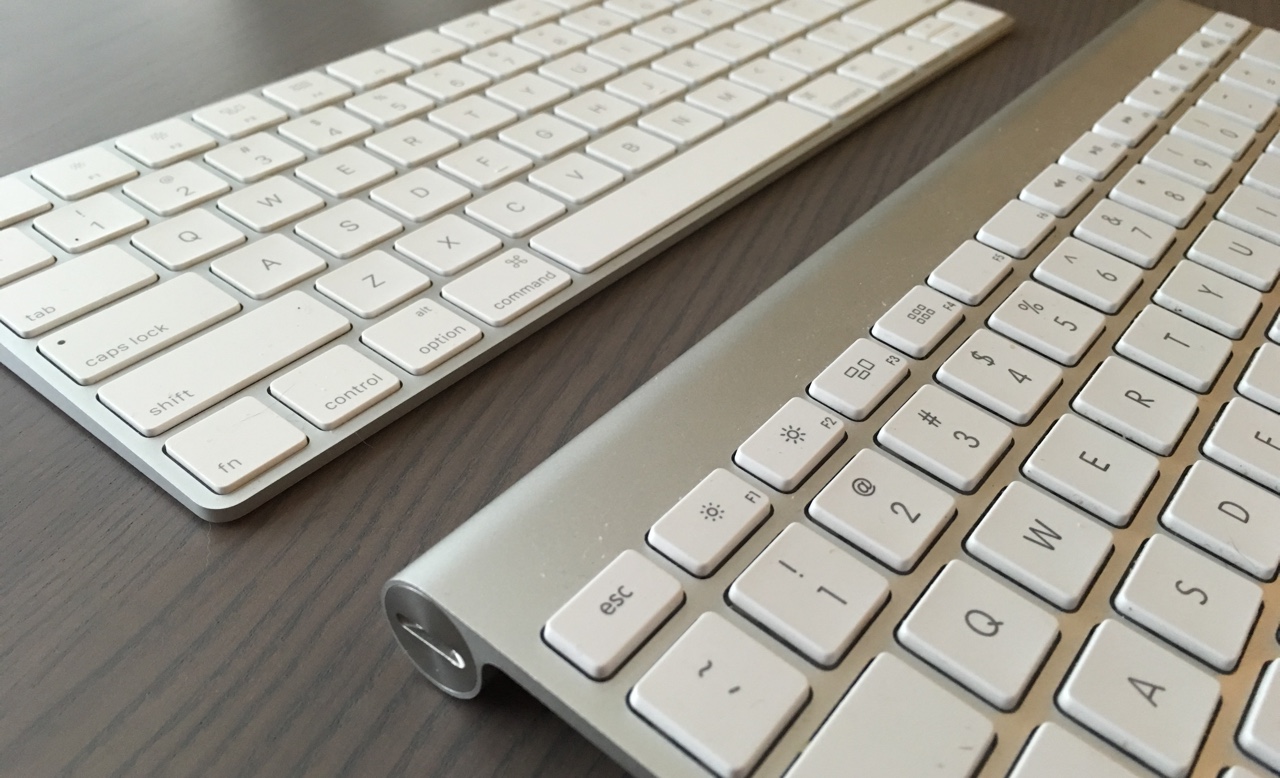 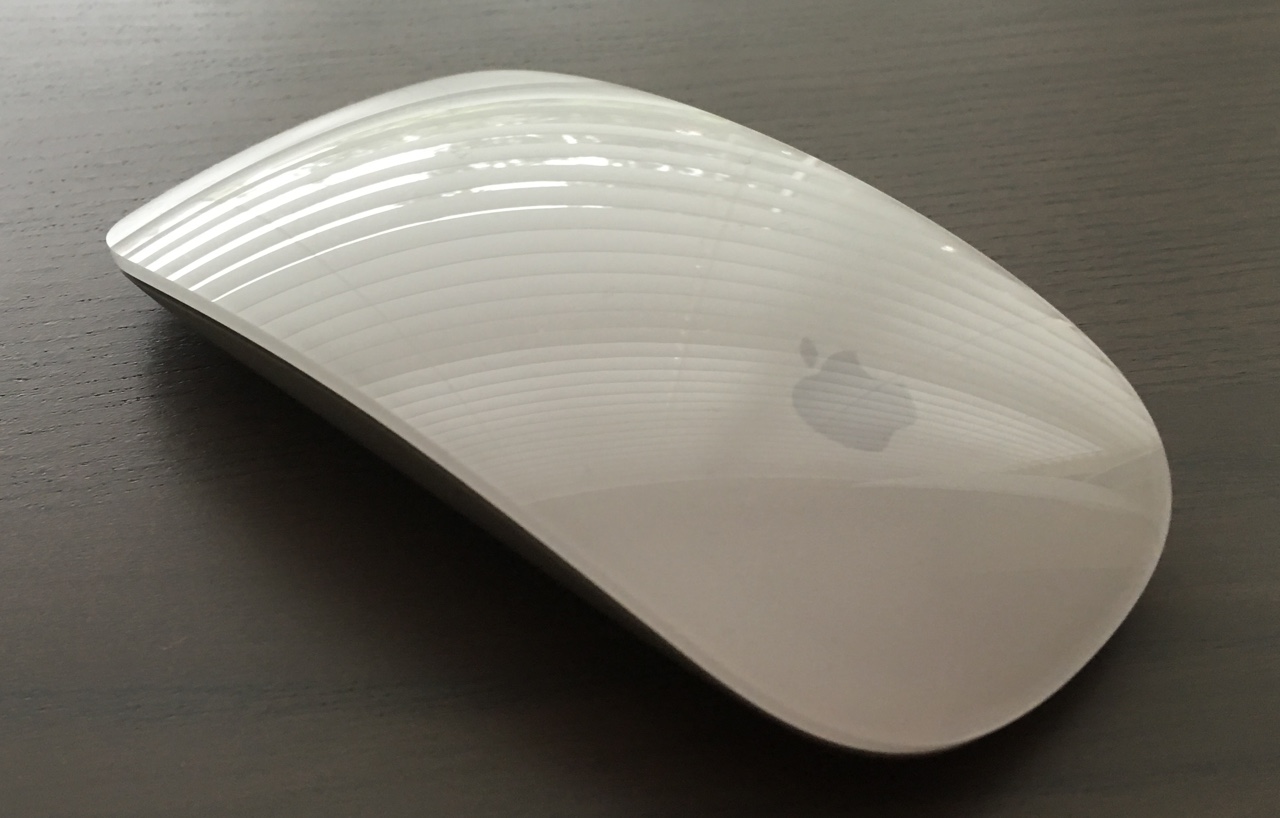 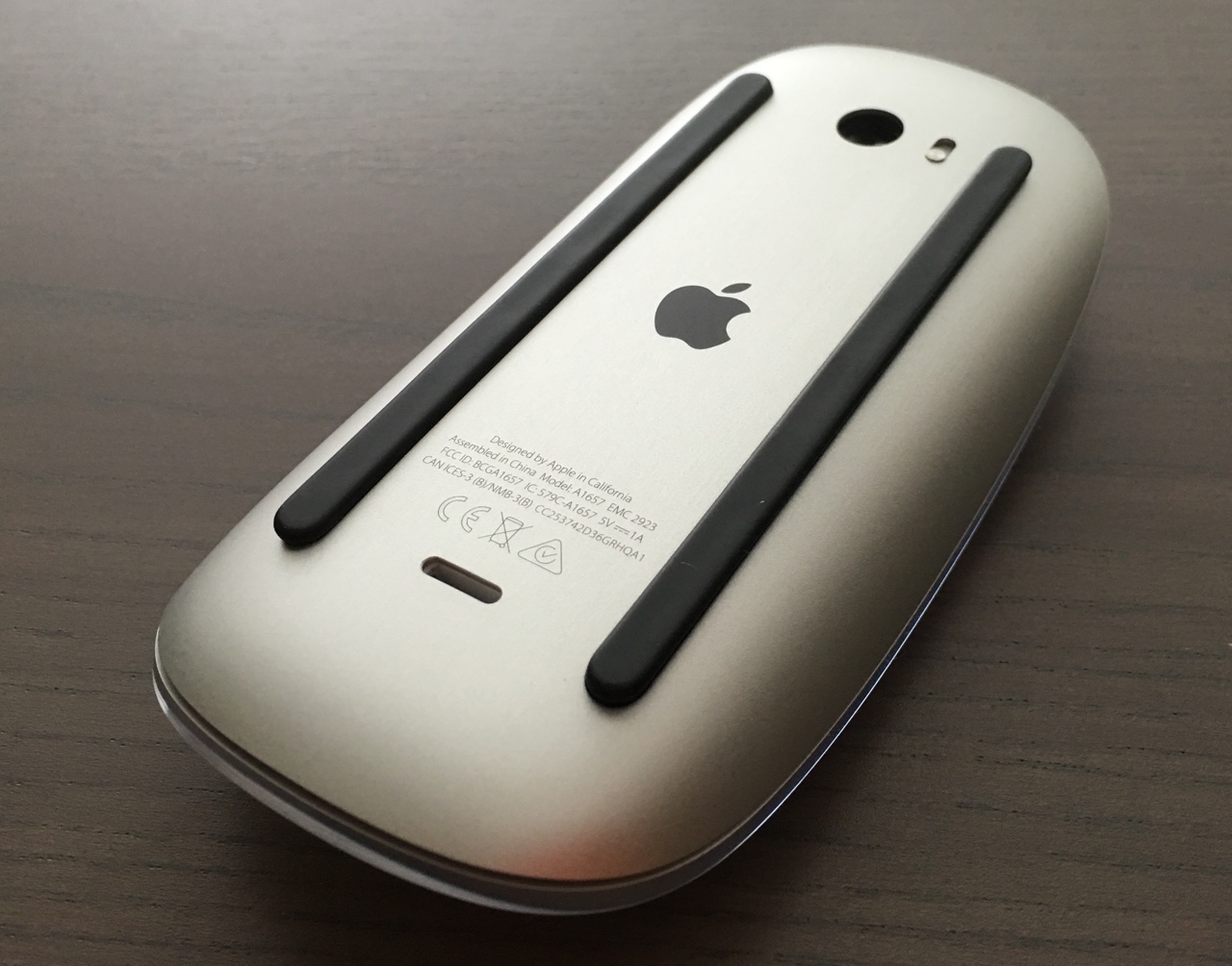 Each new iMac has Apple’s Fusion Drive, which cleverly adds a small bit of Flash memory to a spinning drive. The aim is to let the Flash drive keep apps you use frequently on a flash drive, while others wait in the hard drive.

In theory, Fusion Drive will make using core apps you rely on daily a snappier experience. Power users will likely want to upgrade to a 2TB Fusion Drive, which can bring more flash storage.

So, here’s the thing with newer Apple hardware: you won’t be able to upgrade it later on.

Perhaps the most glaring issue will be the inability to replace the Fusion Drive with an SSD if you don’t like what Apple has to offer. Apple also moved away from a discrete graphics card with the iMac Retina 4K, which like the Fusion Drive is probably just fine for most of us.

In that vein, you won’t be able to push the iMac beyond what Apple designed it to do. You aren’t going to slip a badass graphics card in there, or crack it open to upgrade your RAM. It is what it is, so build yourself a good one upfront.

The iMac I tested

You can order the iMac to suit your needs, but here are the main specs for the model I tested:

For those who are a bit more casual with their needs, the 21.5-inch iMac is a fantastic computer. Aside from being gorgeous, the new input devices are a significant improvement over the older stuff. The trackpad in particular is a breath of fresh air.

Force Touch and 3D Touch are the future, and it’s really nice to have it on the desktop. I’m sure it’ll hit the Magic Mouse someday, but that probably depends on Apple figuring out Force Touch for curved surfaces. Including Force Touch on the trackpad was a brilliant move.

The Magic Keyboard is much nicer to type on, too. It’s also flatter to my desk, which I prefer.

I did have a few letdowns early on with the iMac, which appear to have come from nowhere. At one point, the trackpad was dropping and picking up its Bluetooth connection without anything having changed. I also have some issues with AirDrop, another Bluetooth feature.

Apple has had some issues with Bluetooth in the past, which were fixed with a software update. The keyboard and trackpad issues were one-off, so I’m not that concerned it’ll be an ongoing headache.

There were also a few times the iMac was just too slow; growing pains that seemed to ease over time. After about five days of use, the issues ironed themselves out.

The Fusion Drive is fine for core apps you use daily, but firing up an app on your fringe isn’t so fast. There was never an “oh, come on!” moment, but it just wasn’t as snappy as my MacBook Pro.

For instance, I use Pixelmator often, but not daily. It takes a few more seconds (literally) to load on the iMac than it does on my MacBook. Not a deal breaker by any stretch, and likely only noticeable because I have a different experience elsewhere.

The 4K Retina screen is phenomenal. P3 is not something you’ll notice every day, but reverting to the LG monitor I used before the iMac was a letdown — and I thought that was a very decent monitor. It even makes my MacBooks look grainy, and they’re both Retina.

The sound from the speakers is a bit hollow, but loud enough for just about any use case. If you’re catching a YouTube video, there won’t be an issue. If you’re streaming classical music, you’ll probably want some external speakers.

Who should buy this?

Apple’s 21.5-inch iMac is the little brother of the iMac lineup. Most people will probably enjoy the 21.5-inch footprint, and the 4K screen is so brilliant you won’t notice if it’s a touch smaller than your current display.

If you’ve got a new iPhone 6s or 6s Plus or are planning to buy an iPhone 7 — and are also in the market for a desktop computer — you should definitely check the iMac Retina 4K out. I especially like it for editing 4K movies shot on my iPhone 6s Plus in iMovie (which has also been updated to support 4K). If you need a workhorse for the home or office, you won’t be let down.

For most users, this will be a great purchase. I’ve done everything from edit simple 4K movies to compile simple apps without any problems. The iMac also handles several apps and desktops with relative ease.

The basic Fusion Drive is a bit limited if you’ve got a lot (say, 10 or more) of apps you like to bounce between routinely. The Intel Broadwell chipset is fine, but a lack of discrete graphics means it’s a package deal. Again, upgrade at purchase time if you even think you’ll need more oomph.

The new keyboard, mouse and trackpad are all great. I don’t like to use a mouse, and the Magic Mouse isn’t very ergonomically sound, but each was a joy to use. Again, Force Touch on the desktop is just awesome.

The real star remains the screen. Once you actually experience 4K and P3, it’s hard to revert. For its minor failings, the iMac is still a winner because of that 4K, P3 display.