If you run anything that can be considered software as a service, having the ability to provide reports for your customers is paramount. While there are loads of options out there ranging from the simple to the incredibly complex, there’s never really been a way to manage your own reports and visualizations easily.

It’s with that in mind that ReportGrid was born during a Startup Weekend in Denver, Colorado. The team took the idea seriously, applied for and was accepted to TechStars in Boulder and now employees a staff comprised primarily of engineers with backgrounds in data visualization, analytics and other highly-technical reporting fields.

When I first met the ReportGrid team during its TechStars education I was blown away. In short, ReportGrid is the analytics and reporting service that every single SaaS provider should have but could never afford previously. These guys are taking big data and turning it into beautiful, meaningful visualizations that are actually digestible by your customers.

ReportGrid has been in a private beta stage for a bit over a year, perfecting its product before rolling it out to the market at large. Today, that changes as ReportGrid takes its self-service analtyics and visualization API live to the public.

I had the chance to talk with CEO and founder John De Goes about why he feels ReportGrid is important to the industry at large and also about the company’s plans for the future. The first thing to note is that De Goes believes that SaaS providers are spending far too much time building their own solutions such as Hadoop and MongoDB.

“ReportGrid’s on-demand solution promises to save companies from having to become experts in the setup and maintenance of big data analytics solutions, and from having to develop and maintain the costly layers of code typically required to bridge from an open source technology like Hadoop to a customer-facing reporting solution.”

So ReportGrid goes to work by combining an analytics database with a visualization engine. It’s cloud-hosted so that there’s no software to install and then its power comes to you in the form of an API to which you can connect to access the end results. In short, it is the glue that holds all of the pieces of visualization together, but doesn’t require you to do the work. 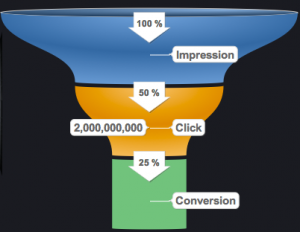 The end result? Successful SaaS companies get there not only by providing a great product but also by enabling their customers to see the results. By taking the onus off of the company it allows for more time spent on the product itself rather than building ways to show that it’s working.

I won’t get into the fine-point details as to how this all works, but suffice it to say that it just makes life easier for SaaS providers by giving them the service that they didn’t have the time or money to build for themselves. There are some amazing examples of what ReportGrid can provide on its Visualization Engine page, and the entire process is explained throughout the site.

Pricing starts at $50 per month, but there’s a $100 developer credit available and you don’t even need to enter a credit card to sign up. Of course, as it is with any service, the more features that you want the more you’ll have to pay. But when you consider that building a system of this caliber for yourself could take millions of dollars in time, energy and licensing, ReportGrid’s value becomes immediately apparent.