It’s been one month since Instagram added support for Chinese microblog service Sina Weibo, and the blockbuster app is reported to have seen 100,000 photos shared to the Twitter-like site during the period, according to TechWeb [Chinese], via Resonance China.

The report further states that there are 50,000 Sina Weibo users ‘hooked’ up to Instagram. That figure is impressive, despite being a drop in the ocean of Instagram’s 30 million userbase and Sina Weibo’s 300 million registered members. The app has not been promoted from the firm, which Facebook acquired for 1 billion this month, making all growth organic or via Sina.

It isn’t entirely clear from where the figures are sourced, and the number of Instagram users in China is likely to be even higher. 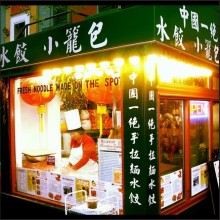 Search results are far from scientific, of course, and are reliant on a number of factors. Some of the photos may include more than one of the tags, others may be tagged in Chinese — which is not supported by stati.gram– left untagged or marked with different keywords, but the results provide an interesting ball park figure.

The search findings suggests that the service has a growing community in China, even though founder Kevin Systrom has no plans for its presence in the country – where numerous copycat ‘clone’ services have emerged.

Speaking at Beijing Disrupt last November Systrom admitted he was keen to integrate with Chinese social media sites — the most popular of which is now in the bag — but he dismissed the need for an office in the country, and said he was not thinking too much about China.

With Facebook infamously blocked in China, the Wall Street Journal talked about Instagram as having the potential to offer the social network a launchpad back into the country. Facebook is initially opting to keep the app running separately, which will bode well for it in China as any obvious association could see it branded a threat and blocked.

Facebook’s IPO filing admitted that it is unsure whether it will ever enter China, given the censorship issues there, but Instragram has already found a fanbase in the country.