The cryptocurrency market has been going through a rough patch over the past couple of months. It seems this extreme price volatility has driven heaps of Reddit users away from the “HODL” life – the common practice of holding on to your coins despite abrupt drops in value.

Over at the popular DataIsBeautiful subreddit, one numbers-obsessed user measured how often the term “HODL” appeared in comments on Reddit over the past year. The results are fascinating.

Despite a massive spike in usage between last December and this January, Redditors have gradually been using the word “HODL” much less often since early February. Indeed, statistics suggest that HODL mentions have decreased by almost twofold since then.

“I analyzed the relationship between the [number of] HODL comments on Reddit and changes in cryptocurrency market capitalization,” wrote the user responsible for the statistics.

What the independent research discovered is that, contrary to what expected, the term followed pretty interesting usage patterns.

“An increased [number of] HODL mentions weren’t just associated with days with the largest losses,” he added. “In fact, market volatility in either direction was correlated with an increase of HODL mentions.”

The author has provided an additional graphic that reflects this trend more clearly:

For the record, the decline in HODL usage on Reddit coincides with the larger dip in interest in cryptocurrencies and blockchain tech. 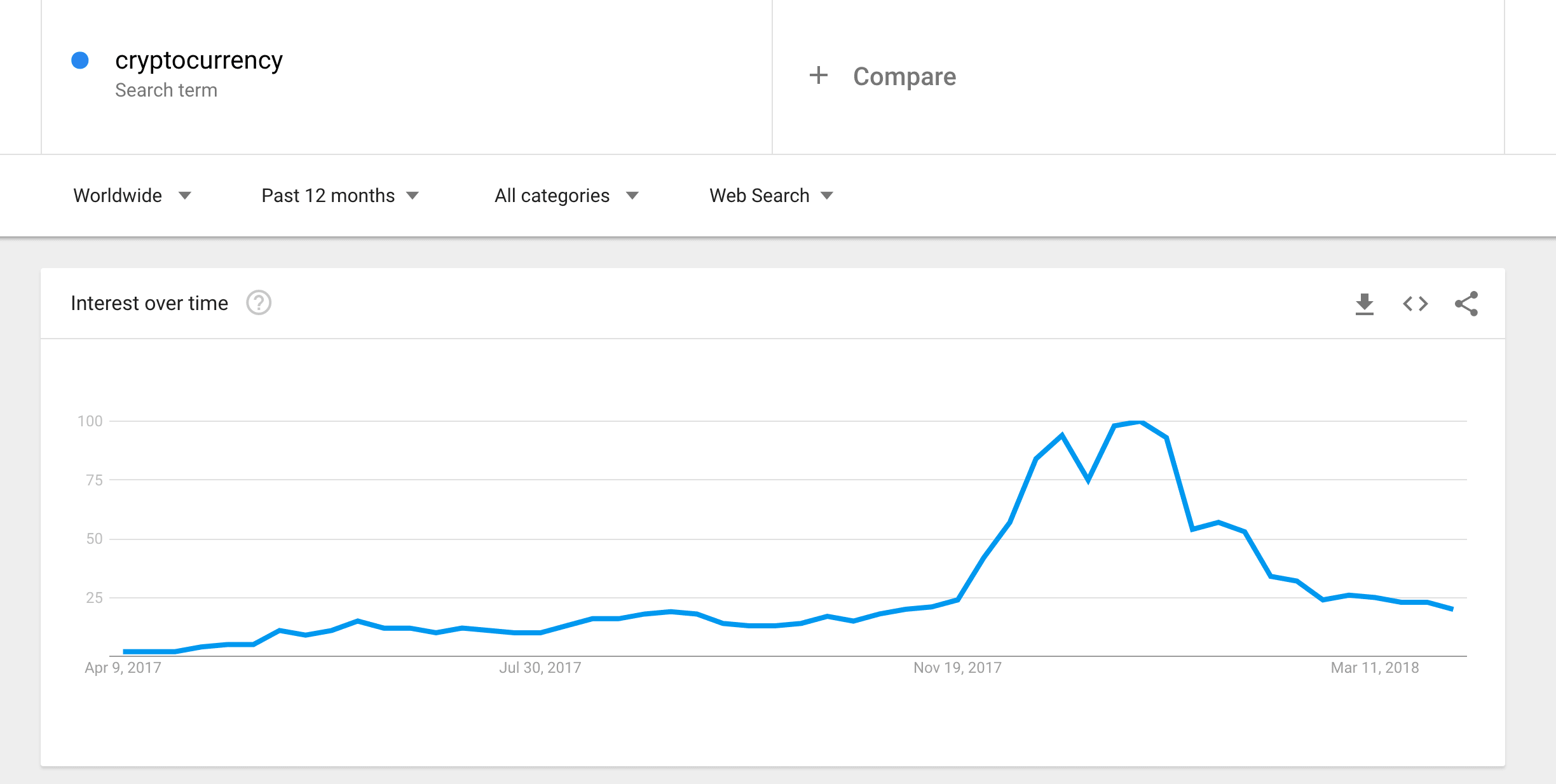 Searches for the terms “cryptocurrency” and “Bitcoin” for the same period have similarly dipped significantly, according to data sourced from Google Trends.

For what it’s worth, Google stats further reveal that the sudden decrease in the HODL lifestyle might not be a phenomenon exclusively isolated to Reddit, but a much larger trend: