This article was published on September 13, 2016

Have you seen that episode of South Park with “Jennifer Lopez”? You know, Fat Butt and Pancake Head, where Cartman tarted his thumb up with some lipstick, stood in front of a green screen, and sung a catchy, albeit wildly offensive song about Mexican food? That one?

It’s an app for iOS that lets you create your own short music videos straight from your phone. All you have to do is record yourself singing with your camera. Then, in a matter of taps, Pulp transforms it into an eye-popping music video. Here’s what it looks like. 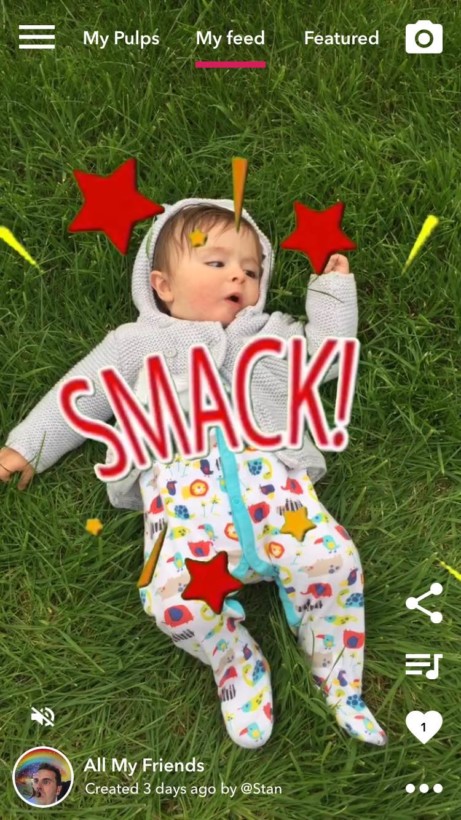 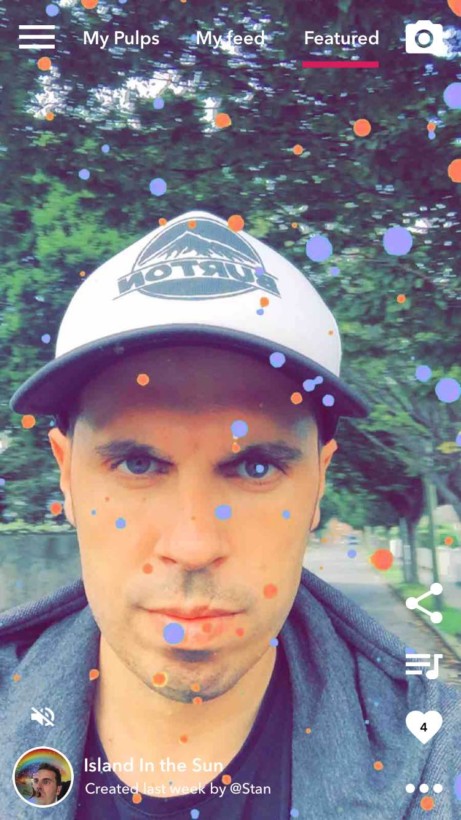 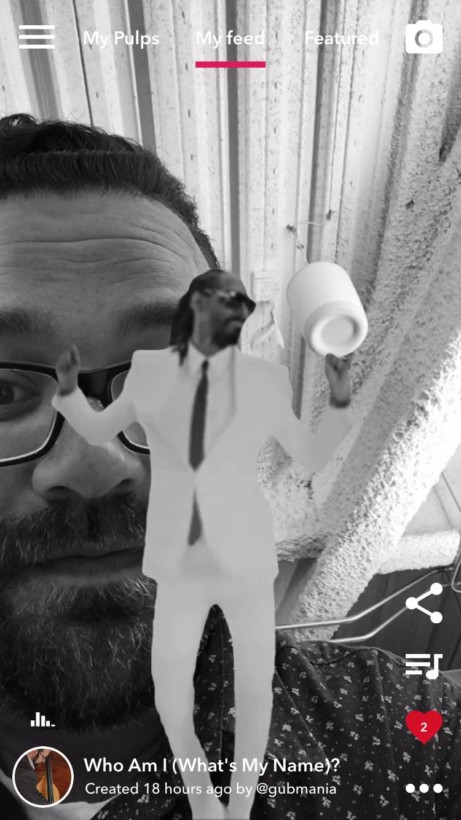 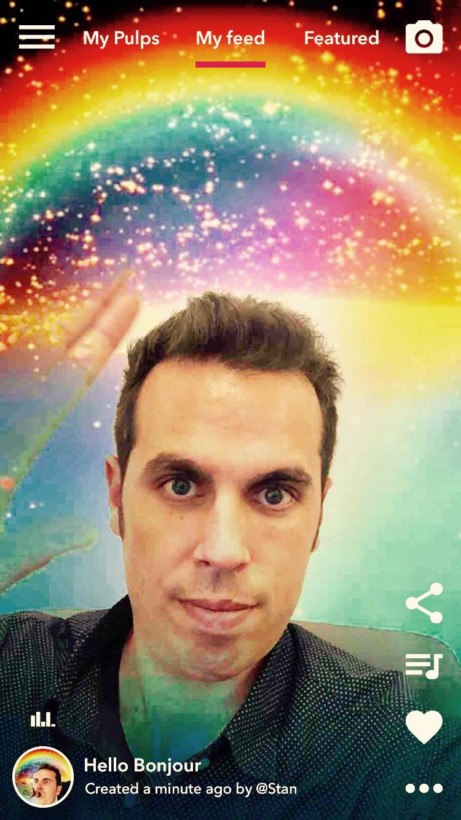 It has a number of Snapchat-style animations, which it calls “live video filters”. These include light effects, animated backgrounds, and memes. Once finished, just bundle the video, and upload it to the Pulp community.

You won’t have to mess around with ripping audio, either; Pulp comes with over 25 million licensed songs from Apple Music. So, if you’re so inclined, in a couple of taps you can create your own short Zara Larsson music video, or rap along with Snoop Dogg.

Pulp’s raison d’être is that participatory culture has altered our relationship with music. According to Pulp co-founder Stan Massueras, “At Pulp, we think the music discovery space is moving from being curated by influencers, to music fans creating their own video content themselves,”

Massueras added, “Nowadays people don’t want to consume music passively, but rather interact and take part in it.”

Former Twitter, Facebook and Google staffers, Stan Massueras, Alexandre Passant and Charles Alix founded Pulp in Dublin in Dublin. It now aims to raise funds in order to hire additional engineers, who will be tasked with creating additional video filters.

Pulp is now taking sign-ups for its private beta. You can register your interest here.