Being able to climb that giant hill on your commute without breaking a sweat is one of the luxuries of riding an ebike. Less luxurious is trying to lug a 70-pound chunk of metal up a narrow staircase when you back get home.

Ebikes are often the fastest and most versatile way of getting around cities, but their typically heavy and bulky frames often make them inconvenient to own in the very same neighborhoods.

Most city dwellers don’t live on ground floors, nor do they have ground-level storage or indoor parking space. The weight and size of ebikes often mean you can’t use typical storage solutions like wall mounting. And the financial appeal for thieves means long-term outdoor storage is a no-no.

That’s why I often recommend ebikes that balance weight and power in a way that’s practical for long-term city use. Few ebikes on the market fit that bill as well as the Propella Mini, an $899 (+$50 shipping in the US) mini-velo that weighs only 15 kg (33lbs).

The Mini clearly isn’t the bike for everyone. Its 250W hub motor is only good for 30 km/h (18mph). Its 250 Wh battery range is rated for 20-35 miles — good enough for most commutes, but not for longer day trips. It’s a single-speed bike without a throttle or torque sensor, meaning you will have to put some effort into the steeper hills. And its 20-inch wheels and lack of suspension or fat tires mean it won’t be ideal for comfort or off-roading.

Some people just want more powerful ebikes. That might be because they have mobility issues, because they want to keep sweating to a minimum, or because they simply have the need for speed. That’s fine, and if that describes you, this isn’t the bike for you.

But if you’re looking for a convenient ebike that won’t break the bank — especially if you’re a city dweller — the Propella Mini is a blast to ride.

It looks pretty good too. There’s nothing super fancy here, but I appreciate the matte black design with blue accents throughout, even if the shades of blue don’t perfectly match (sorry, I’m picky about my blues). It makes the design feel a little more considered than the usual mishmash of disparate components you find in this price range.

I’m also a big fan of the 20-inch wheels and small frame. Again, it’s not for everyone — Propella has three bikes with 28-inch wheels for the small bike haters — but it makes the Mini as nimble as the BMX bikes many of us rode as kids. It’s easy to weave between traffic, and the puncture resistant-tires are still chunky enough to absorb some bumps.

But mostly, the small tires and frame just make the bike much more compact than your typical ebike. Weight aside, the Mini is easier to maneuver through narrow hallways or to sling over a shoulder when climbing stairs.

Although 250 W of power isn’t much to write home about, it’s still going to be plenty for most people — there are certainly far more expensive ebikes that have similar power (like most bikes sold in Europe). And despite the lack of a torque sensor, I was impressed with the relatively smooth tuning of the basic cadence sensor and Bafang motor. The motor kicks in fairly quickly after pedaling (about a half-turn of the cranks) but doesn’t feel as jerky as most other cadence-only ebikes I’ve tested.

Likewise, the mechanical disc brakes are more than good enough for the 18mph top speed. Some excellent ebikes in this price range like the Aventon Soltera and Ride1Up Roadster include rim brakes, and the Propella Mini clearly sports more stopping power than those two.

Besides, the rigid frame has other benefits. It’s, well, more rigid, so it feels better to ride and you don’t have to worry about the bike ever snapping in half (extremely rare, but it happens). It also provides more mounting points for accessories and storage, and it makes the bike easier to carry.

My personal bike is a Brompton Electric, so I can definitely appreciate the benefits of a folding design, but combine the Propella Mini with something like the Revelo Thinstem and folding pedals, and it will hardly take up any space in your apartment at all. You won’t be able to take it into restaurants and grocery stores with you, but the Mini is still small enough that it’ll fit inside most cars and won’t be totally obnoxious in crowded subways.

With a 250 Wh battery, you shouldn’t expect huge range, but the 250 W motor and limited top speed mean the bike’s 20-35 mile range claims are still realistic. Moreover, the battery is removable with the included keys, and Propella sells extra battery units for $250, so it won’t cost you much to double your range down the road.

The readily-accessible battery also means that, unlike other lightweight ebikes with integrated batteries, swapping out a dead battery with a fresh one when the battery eventually dies only takes a few seconds (assuming Propella is selling them). The extra batteries only weigh 1.1 kg (2.5 lb) too, so you could theoretically triple your range and still keep the total weight under 18 kg (40 lb).

The one thing about the Propella Mini that drives me a little nuts is the lack of integrated lighting. Propella sells some external lighting options, but there’s little excuse for not hardwiring lighting into the battery. It sucks to have your light run out in the middle of the night — I’ve been there — and integrated lighting is less likely to be snatched by a thief.

And lighting isn’t just convenient for late riding; a 2012 study of nearly 4,000 cyclists showed those using daytime running lights were 19% less likely to be injured.

Sometimes ebike companies justify the lack of integrated lighting by saying you have more and better options with external lighting. If that’s the case with Propella, it would have at least been nice to have a USB port on the display so you could always top off your external lights. It’s doubly annoying that the display doesn’t have backlighting, making it nearly useless at night.

Illumination woes aside, my main takeaway from testing the Propella Mini is that it’s just an easy ebike to live with. It doesn’t have the fanciest components, the most powerful motor, or the longest range, but it’s an engaging ride that won’t be a huge burden on your back or bank account.

Those are qualities many people already look for in their regular bikes. This one just happens to help you get up the hills too. 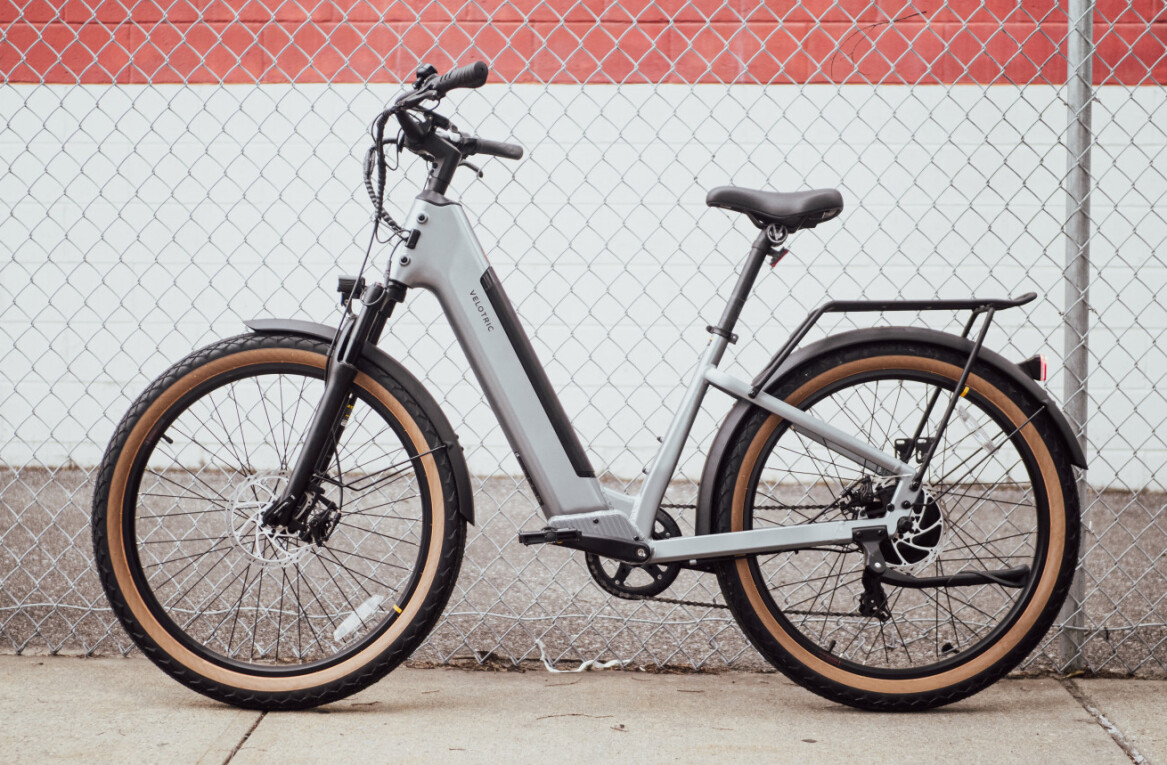 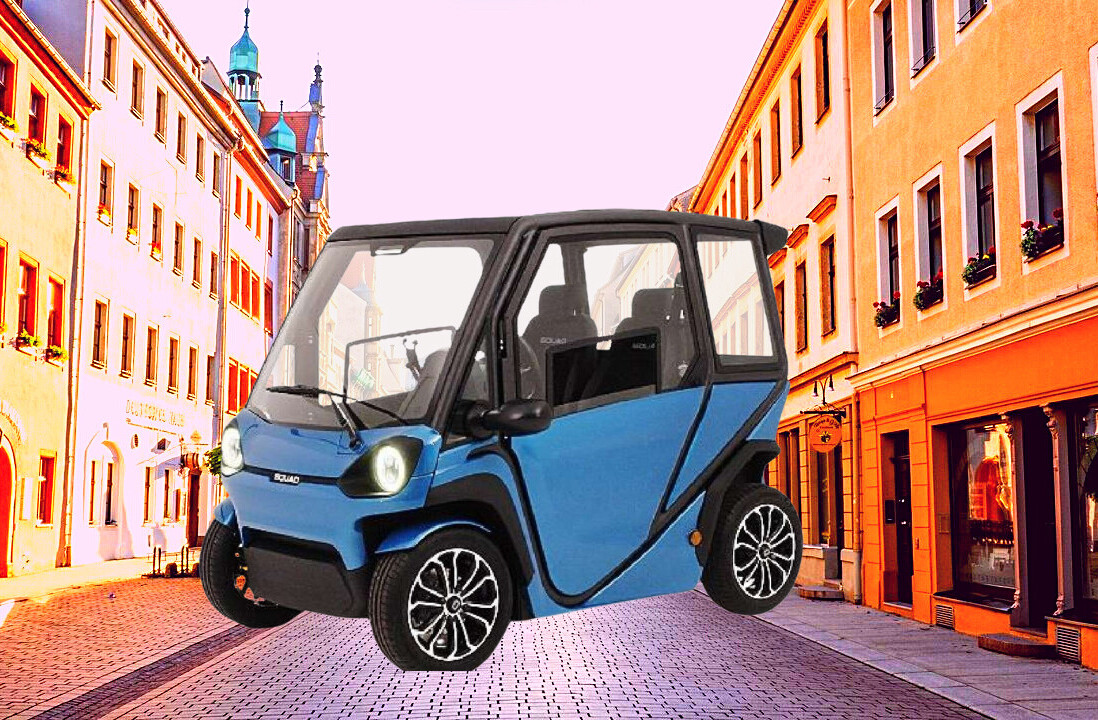