Electric bikes are an essential part of a greener future, but they are not without their caveats compared to good old acoustic bikes.

They’re usually heavy, for one. They’re generally thief magnets because they’re so easy to spot in the wild. And they cost a ton too.

I’ve tested lightweight and stealthy ebikes, and I’ve tested affordable models, but never anything that quite combines all these factors.

The Ride1Up Roadster V2 does just that. I weighed my unit at 35 lb — a featherweight by ebike standards. The battery is neatly integrated into the frame, and most people won’t notice it’s an ebike without close inspection. And as of publication, it costs just $1,045 (retail is $1,095) — cheaper than most decent ebikes despite being equipped with a grease-free belt drive.

Update: I’ve since been able to spend more time with the bike and updated the end of this post with additional impressions.

The Roadster V2 is a minimalist’s ebike. It’s a single-speed model that could easily be mistaken for a hipster bike here in Brooklyn, although the inclusion of a belt drive stands out. The belt is presumably not as durable as a Gates Carbon Drive on the Priority Current I just reviewed, but it’s just as quiet and grease-free (a Gates Belt drive is now available as an optional upgrade).

The downtube — which contains the 252 Wh battery — is a little thick, but that’s far from uncommon in modern bikes. That battery isn’t hot-swappable, but it’s at least user-removable with just a few screws. Ride1Up even sells replacements at a refreshingly reasonable $190 — rare to see on stealth ebike. Meanwhile the 350W rear hub motor might give the electric nature away, but from a distance, it just looks like an internal gear hub.

Stealthiness aside, it just looks nice as a bike too. I really dig the matte silver finish on my review unit, and the welds are smooth — it looks a good deal more premium than most ebikes in this price class, stealthy or not.

I marvel at the light weight. After getting so used to back-breaking ebikes, the Roadster V2 is a pleasure to maneuver when not riding the bike. At 35 pounds, it’s one of the rare ebikes you can actually hang up on a wall without worrying it’ll come crashing down, and you can reasonably carry up to a walkup apartment or down to a subway. Sure, I’ve tested other ebikes near this weight, but they cost over $3,000.

There are some caveats to this minimalism though. The bike doesn’t come with a kickstand or fenders, for one. You can add those later, at least. More annoying is that the bike doesn’t come with integrated lights, for one, which I find super annoying for an ebike. Yes, you can add these later as well, but I’m loathe to need to charge yet another gadget.

The bike also comes with mechanical rim brakes rather than the disk brakes you’ll see on the vast majority of ebikes. That’s actually fine by me. Rim brakes are easier to adjust and maintain, and after riding the bike down a few hills in a drizzle, it has more than enough stopping power for my not-insignificant weight.

The ride itself is pretty great so far — assuming you like to pedal (but why are you looking at this bike otherwise?). The 350W motor isn’t the zippiest in the world, tuned for a smooth power delivery rather than major acceleration. And with a cadence sensor rather than torque sensor, it takes a bit longer for the motor to kick in than on some of the more expensive bikes I’ve tested. This is compounded by high gearing which I found most comfortable pedaling once you hit around 15-20 mph, but that’s to be expected on a single speed.

But still: you have a motor. It got me up steep hills I would never be able to traverse with a normal single-speed, and I could comfortably reach the bike’s speed limit of 24 mph, even if I had to put in some work. Not everyone wants an ebike that’s just an electric moped, after all. The Roadster V2 nicely strikes me as an excellent option for someone who want a motor to help them up hills, but still appreciates getting a workout too.

Range so far seems in line with Ride1up’s claimed 20-30 miles, which is nice to see given the relatively small battery, but I need more time to be sure.

Update: After extensive testing, Ride-1ups claims seem realistic, if not conservative. In the lower assist levels, 30 miles is easily achievable. Better yet, Ride1up now sells a $250 range extender battery that sits on the seat tube and will literally double your battery capacity. The bike has also since received some very notable upgrades, including an optional ‘gravel edition’ with disk brakes and a Gates belt drive for $1,245 total. One of the best stealth ebikes out there just got better.

The Roadster v2 is a tremendous deal for those who want an ebike that doesn’t actually look like an ebike. 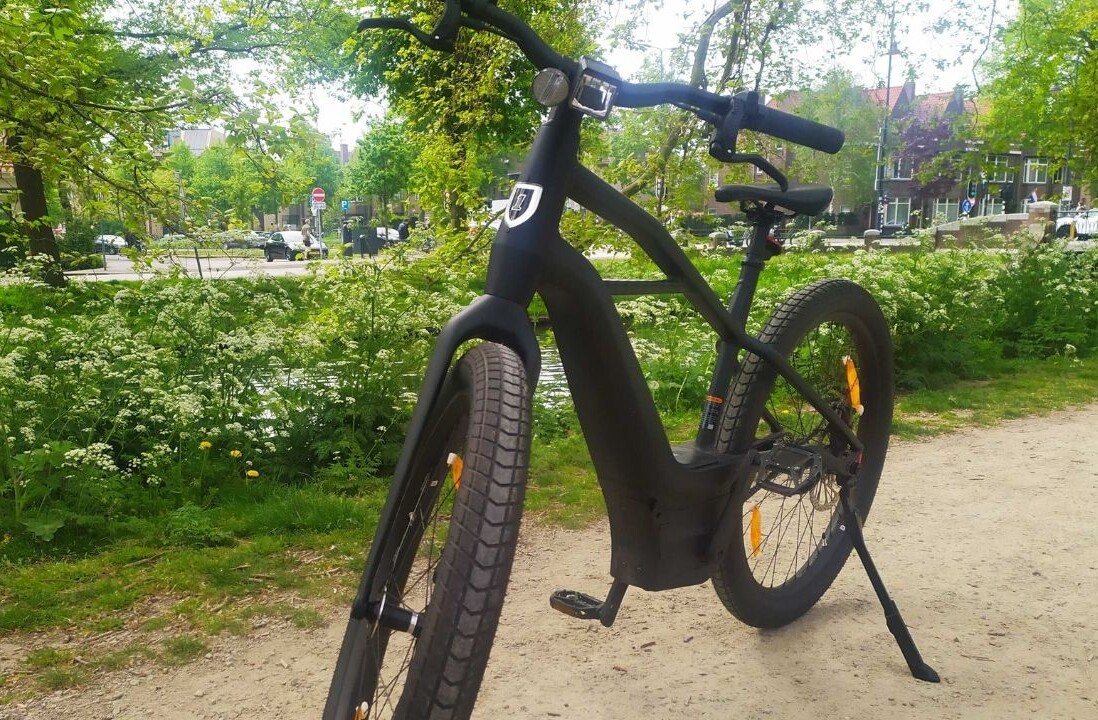