Many moons ago, when I was just a young chap going through nursing school, I had an instructor whose entire class consisted of PowerPoint slides that she would quote. In the years that have followed, I can’t count the number of bad presentations that I’ve sat through, but I’ve also seen some pretty great ones along the way. Today, we’re going to talk about the latter, and how to craft presentations that persuade.

It doesn’t necessarily matter what tools you use, whether it be PowerPoint, Keynote, Prezi or even something like Paper on the iPad. What counts is how you choose to compile your presentation, from the information through the visuals. The great presentations tell a story, and they tell it in a way that makes you want to know more, instead of being just another lackluster meeting through which you have to sit.

So how do you tell the story? Here are a few simple steps:

One of the hardest thing for presenters to do, from my experiences, is convey their message in a clear, concise manner. So before you plot out the fine points of your presentation, start by making a list of the critical parts that you want to include. Sometimes it’s as simple as a single message, but other times this process will take you through steps that are not unlike plotting out an adventure, with twists and turns along the way.

A good presentation should have three parts, and your gathering process should clearly point them out:

If you’re talking about the sales figures from your latest quarter, start with the most attention-grabbing piece of information that you have available. Also bear in mind that there are usually better ways to state a piece of information. If your market share went from 0.5% to 2.5%, it will have much more impact to state that you’ve seen a 500% gain over a certain period of time. It’s still the truth, it’s just the truth stated in a more compelling fashion. 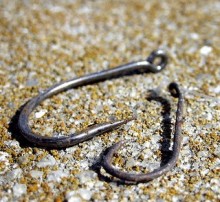 So now that you have your hook, it’s time to add supporting information. This part isn’t as attention-grabbing, but it’s still important. This is also the content that will make up the majority of your visuals, but we’ll talk more about that later.

But what if you’re not ready for a close after you’ve added information? Instead of just piling on more information, it’s time to go back to step #1 with a secondary hook. It doesn’t have to be a huge number or something else as notable, but your secondary hook has to be greater than simple supporting info.

Now that you’ve bounced back and forth a couple of times between those hooks and the supporting information, it’s time for the memorable close. All too often you’ll see people who simply sign off with a “I’m Bob, and thank you for your attention”, but that doesn’t leave a lasting impression with any audience. Instead, search for something that will stick in the minds of your audience. Sometimes it’s a quote, sometimes it’s a mental picture but it should always be a memorable bit of something to leave them wanting just a few more minutes of your time.

Now let’s talk about visuals. This isn’t the part where you type out the script for your talk. In fact, some of the best presentations that I’ve seen have very few words on any of the slides. What the presenters have chosen to do instead is to give visual clues that go along with the information that they’re providing. These clues not only keep the attention on the presenter, but they also help to implant memories of the words that go along with the images.

Persuasive presentations come down to a matter of informing people in the most entertaining way possible, without distracting from the task at hand. Where the slides really start to matter is as a source of displaying data in a manner that makes it convenient for your audience to digest it. Remember that section about supporting information? Your visuals are where that data needs to appear.

But even then, you have to walk a careful path. It’s far too easy to fill a slide with loads of data, only to have it mean nothing without context. A more effective method is to hold your supporting information to 2 or 3 points per slide, in short language. Think tweets, not prose.

One of the presentations that I’ve loved since the first time that I saw it was this one, from Bobby McFerrin as he demonstrates the power of the pentatonic musical scale:

I’m not suggesting that you have to get up on stage and make your audience sing, but from start to finish you should strive to give a presentation that sticks in the memory of your audience. For instance, when I’m speaking and it’s early in the morning or right after lunch, I make the audience stand, yawn and stretch. Not only does it loosen them up, it’s also a great way to find a common ground from which you can start.

Another of my favorite speakers, who happens to be featured in the image at the top of this post, is Tim Miles. Every time that I’ve watched Tim, I’ve been amazed by his ability to take the audience on a mental voyage through the story that he’s telling. Tim accomplishes this by using visuals sparingly, while presenting in a storybook fashion. For a quick look at his method, here’s one of his presentations sped up to show the slides in 20 seconds:

Did you notice the pendulum? Watch it again if you missed it. Through the entire presentation, with the exception of only a few slides, there is a pendulum that tells the date associated with the material that he’s talking about. It’s the tie that binds, and it’s a method that I’ve never seen used by anyone else. It’s something different.

Presentations don’t have to be a mystery. Most everyone can tell a story. Your persuasive presentation is just a story, told with a few pictures along the way. There’s a lot to be said for practicing in front of a mirror and all of the age-old tricks, but collecting thoughts, using appropriate visuals and following the three-part method should help you to always have presentations that persuade.