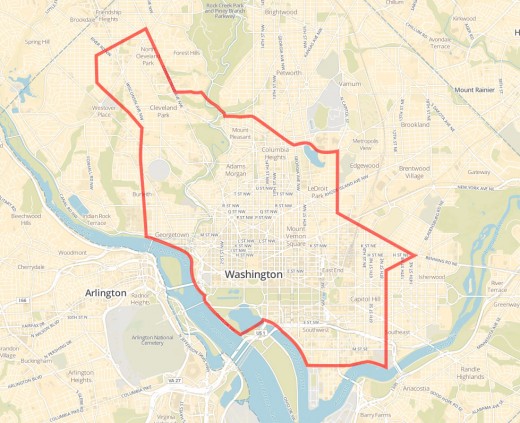 On-demand delivery service Postmates is expanding to its fourth city: Washington, DC. Starting today, anyone within the serviced areas will be able to order anything from participating merchants and receive it within an hour.

Unfortunately, service is limited to only specific parts in the nation’s capital, not outlying cities like Alexandria, Arlington, Silver Spring, or Bethesda.

In addition to today’s news, Postmates has released an Android version of its app to enable more users to make order requests. It’s available in beta and supports all the cities the company is currently operating in. To download the app, users need to be a part of Postmate’s Google group and opt-in to be a tester. All participants will receive the pre-release access version and any code updates before the final version is made available to the public.

Washington, DC joins Manhattan/Brooklyn, Seattle, and San Francisco as cities in which Postmates operates in. As it continues to expand, the company faces stiff competition from the likes of eBay Now and Google’s Shopping Express. However, its CEO Bastian Lehmann tells us that he’s not worried — Postmates is still seeing “significant growth” as it now has an army of thousands of carriers and tens of thousands of customers. Lehmann wouldn’t provide specific figures.

At launch, the company will have 200 couriers ready to take orders in the city. Postmates is also offering free delivery to DC customers starting today through Friday, December 13.