Positive thinking sounds useful on the surface (most of us would prefer to be positive rather than negative.) But, “positive thinking” is also a soft and fluffy term that is easy to dismiss. In the real world, it rarely carries the same weight as words like “work ethic” or “persistence.”

But those views may be changing.

Research is beginning to reveal that positive thinking is about much more than just being happy or displaying an upbeat attitude. Positive thoughts can actually create real value in your life and help you build skills that last much longer than a smile.

The impact of positive thinking on your work, your health, and your life is being studied by people who are much smarter than me. One of these people is Barbara Fredrickson.

Fredrickson is a positive psychology researcher at the University of North Carolina and she published a landmark paper that provides surprising insights about positive thinking and it’s impact on your skills. Her work is among the most referenced and cited in her field and it is surprisingly useful in everyday life.

What negative thoughts do to your brain

Play along with me for a moment.

Let’s say that you’re walking through the forest and suddenly a tiger steps onto the path ahead of you. When this happens, your brain registers a negative emotion — in this case, fear.

Researchers have long known that negative emotions program your brain to do a specific action. When that tiger crosses your path, for example, you run. The rest of the world doesn’t matter. You are focused entirely on the tiger, the fear it creates, and how you can get away from it.

In other words, negative emotions narrow your mind and focus your thoughts. At that same moment, you might have the option to climb a tree, pick up a leaf, or grab a stick — but your brain ignores all of those options because they seem irrelevant when a tiger is standing in front of you.

This is a useful instinct if you’re trying to save life and limb, but in our modern society we don’t have to worry about stumbling across tigers in the wilderness. The problem is that your brain is still programmed to respond to negative emotions in the same way — by shutting off the outside world and limiting the options you see around you.

For example, when you’re in a fight with someone, your anger and emotion might consume you to the point where you can’t think about anything else.

Or, when you are stressed out about everything you have to get done today, you may find it hard to actual start anything because you’re paralyzed by how long your to–do list has become. Or, if you feel bad about not exercising or not eating healthy, all you think about is how little willpower you have, how you’re lazy, and how you don’t have any motivation.

In each case, your brain closes off from the outside world and focuses on the negative emotions of fear, anger, and stress — just like it did with the tiger. Negative emotions prevent your brain from seeing the other options and choices that surround you. It’s your survival instinct.

Now, let’s compare this to what positive emotions do to your brain. This is where Barbara Fredrickson returns to the story.

What positive thoughts do to your brain

Fredrickson tested the impact of positive emotions on the brain by setting up a little experiment. During this experiment, she divided her research subjects into five groups and showed each group different film clips.

Group 3 was the control group. They saw images that were neutral and produced no significant emotion.

Afterward, each participant was asked to imagine themselves in a situation where similar feelings would arise and to write down what they would do. Each participant was handed a piece of paper with 20 blank lines that started with the phrase, “I would like to…”

In other words, when you are experiencing positive emotions like joy, contentment and love, you will see more possibilities in your life. These findings were among the first that proved that positive emotions broaden your sense of possibility and open your mind up to more options.

But that was just the beginning. The really interesting impact of positive thinking happens later…

The benefits of positive emotions don’t stop after a few minutes of good feelings subside. In fact, the biggest benefit that positive emotions provide is an enhanced ability to build skills and develop resources for use later in life.

A child who runs around outside, swinging on branches and playing with friends, develops the ability to move athletically (physical skills), the ability to play with others and communicate with a team (social skills), and the ability to explore and examine the world around them (creative skills).

In this way, the positive emotions of play and joy prompt the child to build skills that are useful and valuable in everyday life.

These skills last much longer than the emotions that initiated them. Years later, that foundation of athletic movement might develop into a scholarship as a college athlete or the communication skills may blossom into a job offer as a business manager.

The happiness that promoted the exploration and creation of new skills has long since ended, but the skills themselves live on.

Fredrickson refers to this as the “broaden and build” theory because positive emotionsbroaden your sense of possibilities and open your mind, which in turn allows you tobuild new skills and resources that can provide value in other areas of your life.

As we discussed earlier, negative emotions do the opposite. Why? Because building skills for future use is irrelevant when there is immediate threat or danger (like the tiger on the path).

All of this research begs the most important question of all: if positive thinking is so useful for developing valuable skills and appreciating the Big Picture of life, how do you actually get yourself to be positive?

How to increase positive thinking in your life

What you can do to increase positive emotions and take advantage of the “broaden and build” theory in your life?

Well, anything that sparks feelings of joy, contentment and love will do the trick. You probably know what things work well for you. Maybe it’s playing the guitar. Maybe it’s spending time with a certain person. Maybe it’s carving tiny wooden lawn gnomes.

That said, here are three ideas for you to consider…

Recent research by Fredrickson and her colleagues has revealed that people who meditate daily display more positive emotions that those who do not. As expected, people who meditated also built valuable long–term skills. For example, three months after the experiment was over, the people who meditated daily continued to display increased mindfulness, purpose in life, social support, and decreased illness symptoms.

Note: If you’re looking for an easy way to start meditation, here is a 10–minute guided meditation that was recently sent to me. Just close your eyes, breathe, and follow along.

This study, published in the Journal of Research in Personality, examined a group of 90 undergraduate students who were split into two groups. The first group wrote about an intensely positive experience each day for three consecutive days. The second group wrote about a control topic.

Three months later, the students who wrote about positive experiences had better mood levels, fewer visits to the health center, and experienced fewer illnesses. (This blew me away. Better health after just three days of writing about positive things!)

Note: I used to be very erratic with my writing, but now I publish a new article every Monday and Thursday. I’ve written about my writing process and how you can stick to any goal in a more consistent manner in the articles here, here and here.

Give yourself permission to smile and enjoy the benefits of positive emotion. Schedule time for play and adventure so that you can experience contentment and joy, and explore and build new skills.

Note: for more ideas on the importance of play, read this article on how one man cured his anxiety.

Happiness vs. Success (Which comes first?)

There’s no doubt that happiness is the result of achievement. Winning a championship, landing a better job, finding someone you love — these things will bring joy and contentment to your life. But so often, we wrongly assume that this means happiness always follows success.

I know I’m guilty of putting off happiness until I achieve some arbitrary goal. But as Fredrickson’s “broaden and build” theory proves, happiness is essential to building the skills that allow for success.

In other words, happiness is both the precursor to success and the result of it.

In fact, researchers have often noticed a compounding effect or an “upward spiral” that occurs with happy people. They are happy, so they develop new skills, those skills lead to new success, which results in more happiness, and the process repeats itself.

Positive thinking isn’t just a soft and fluffy feel–good term. Yes, it’s great to simply “be happy,” but those moments of happiness are also critical for opening your mind to explore and build the skills that become so valuable in other areas of your life.

Finding ways to build happiness and positive emotions into your life — whether it is through meditation, writing, playing a pickup basketball game, or anything else — provides more than just a momentary decrease in stress and a few smiles.

Periods of positive emotion and unhindered exploration are when you see the possibilities for how your past experiences fit into your future life, when you begin to develop skills that blossom into useful talents later on, and when you spark the urge for further exploration and adventure.

To put it simply: seek joy, play often, and pursue adventure. Your brain will do the rest. 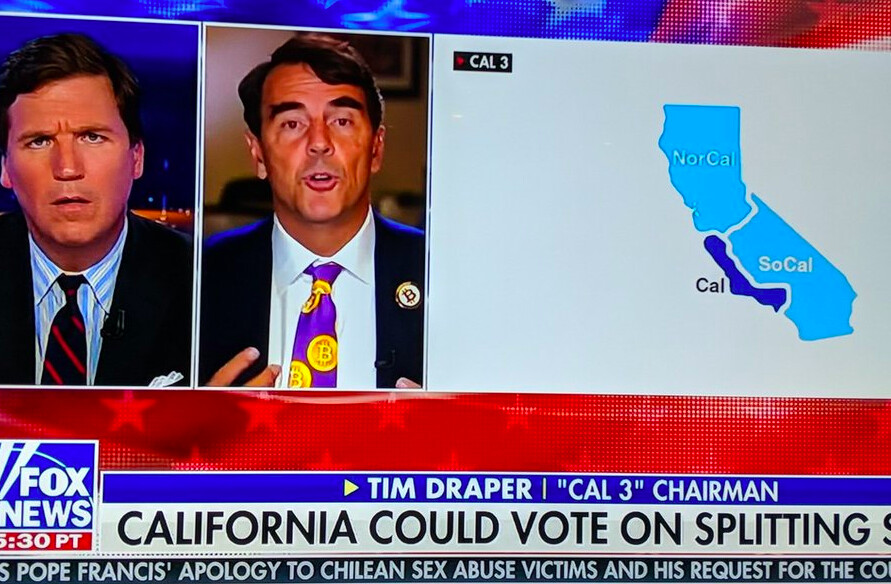 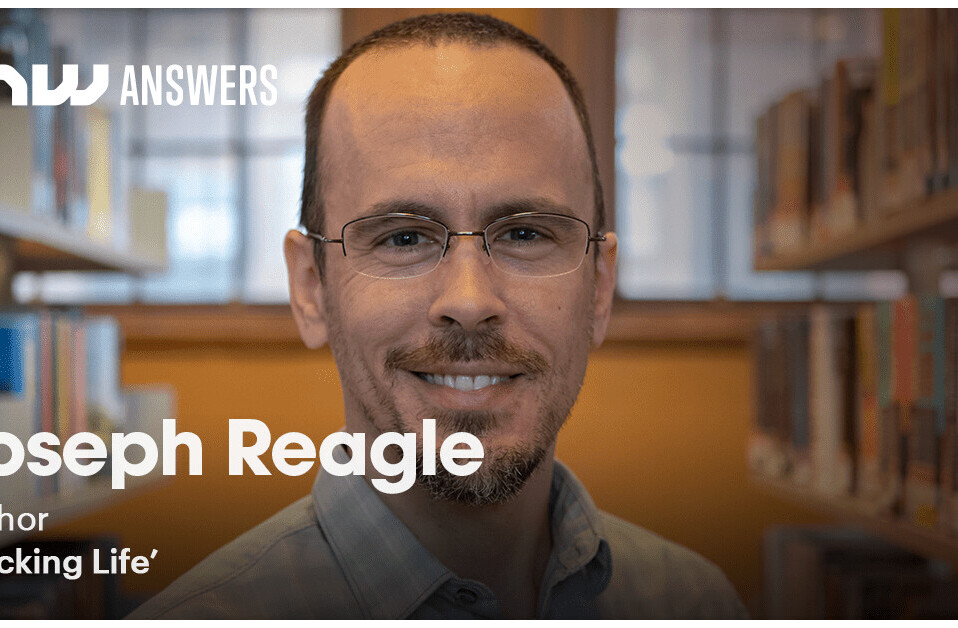