This article was published on February 24, 2015

The Plex for Roku app today received a visual overhaul with a new flat design and carousel layout that sees more content fit on the user’s home screen, adding faster access to their library.

In our preview of the Plex Pass app for Roku, the first noticeable difference is how everything is aligned in crisp, borderless squares instead of outlined boxes. In the old Plex UX, you also had to scroll up and down to browse content currently being watched, on deck or newly updated. The new Plex update sees these content aligned horizontally, and replaces the left-side navigation with content categories: Movies, TV Shows and Music.

The new update also gets rid of Roku’s default font in favor of its own thinner typeface. This is what the old Plex for Roku app UX looked like, for reference. 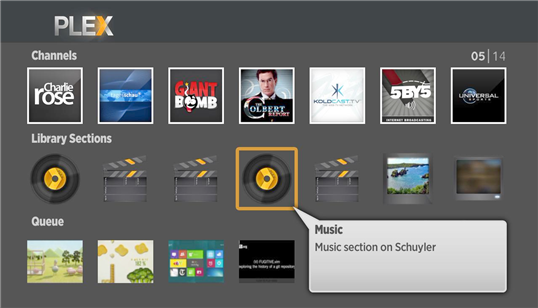 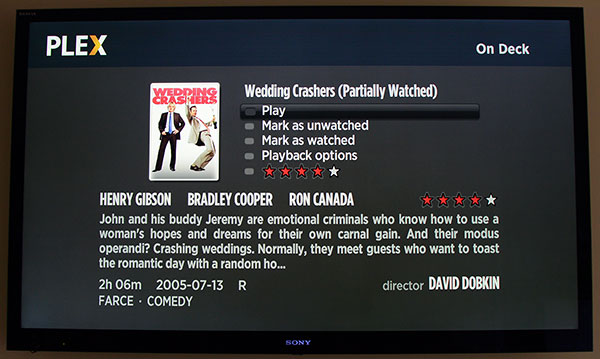 Note that the new update will only support music and video playback at this time. In a blog post, the company says support for photos, playlists and channels are forthcoming.

Today’s app refresh for Roku looks to be Plex’s move to make its UX more consistent across platforms. If you’re already using Plex on Xbox One or Vizio Smart TVs, this design will look familiar, but those on Android TV or Amazon TV may experience something totally different. For example, my Plex app on the Amazon TV plays the theme song to a TV show each time you open to the preview screen, but the Roku version does not currently have this support.

Also, the Plex for Amazon TV uses orange circles to mark content you’ve already watched. In Plex for Roku, this circle is white with check marks and minus symbols instead. When asked about UX consistency, Plex says because it is available on so many platforms, it is taking redesigns one platform at a time. I guess Roku just happened to be today’s lucky winner.

Plex for Roku is available for free on the Roku Channel Store. To try the new Plex Pass for Roku, follow the instructions on the Plex blog.