Microsoft and Sony have been involved in a heated race — more commonly known as the console wars — since 2001, when the first-gen Xbox squared off against the PlayStation 2.

Unfortunately for Microsoft, though, it hasn’t been much of a contest (save for perhaps the clash between Xbox 360 and PlayStation 3) and it seems the latest head-to-head isn’t much different — or so suggests data SimilarWeb shared with TNW.

While visits to playstation.com and xbox.com were relatively neck and neck in the lead-up to each brand’s pre-order launch dates, traffic to PlayStation‘s site peaked at a little over 892,000 on September 16 when Sony kicked off pre-orders for its next-gen console. By contrast, Xbox‘s site topped out at 776,200 visits on its respective pre-order launch on September 22.

To give you a better idea, PlayStation‘s pre-order peak represented a 327.4% increase in traffic, on average, compared to the days prior in the month. It was also 279.4% higher than traffic to xbox.com on that day.

Xbox‘s pre-order peak, on the other hand, saw a traffic bump of 263.6% compared to the days prior in the month, and 211.4% more visits than playstation.com received on that day.

The bottomline? PlayStation‘s pre-order launch attracted about 116,000 eyeballs (or 232,000 if you wanna be pedantic) more than Xbox‘s, according to SimilarWeb’s data. That said, these numbers don’t tell us much about how that translates to actual sales, so take it with a grain of salt. It’s also worth noting all data refers to desktop visits, and doesn’t include mobile traffic.

SimilarWeb notes both brands relied mostly on organic search for the majority of their traffic, with PlayStation scoring a slightly higher chunk of organic traffic than Xbox.

“Another strategy xbox.com employs is outwardly redirecting traffic from its site to external retailers selling its product,” SimilarWeb highlights in its report.

In case you wondered, here are the biggest benefactors of this approach:

It’s worth noting that with the exception of Microsoft, all other retailers offer both brands. In fact, it seems PlayStation was more popular than Xbox with some third-party retailers even during the Series S and Series X launch week. 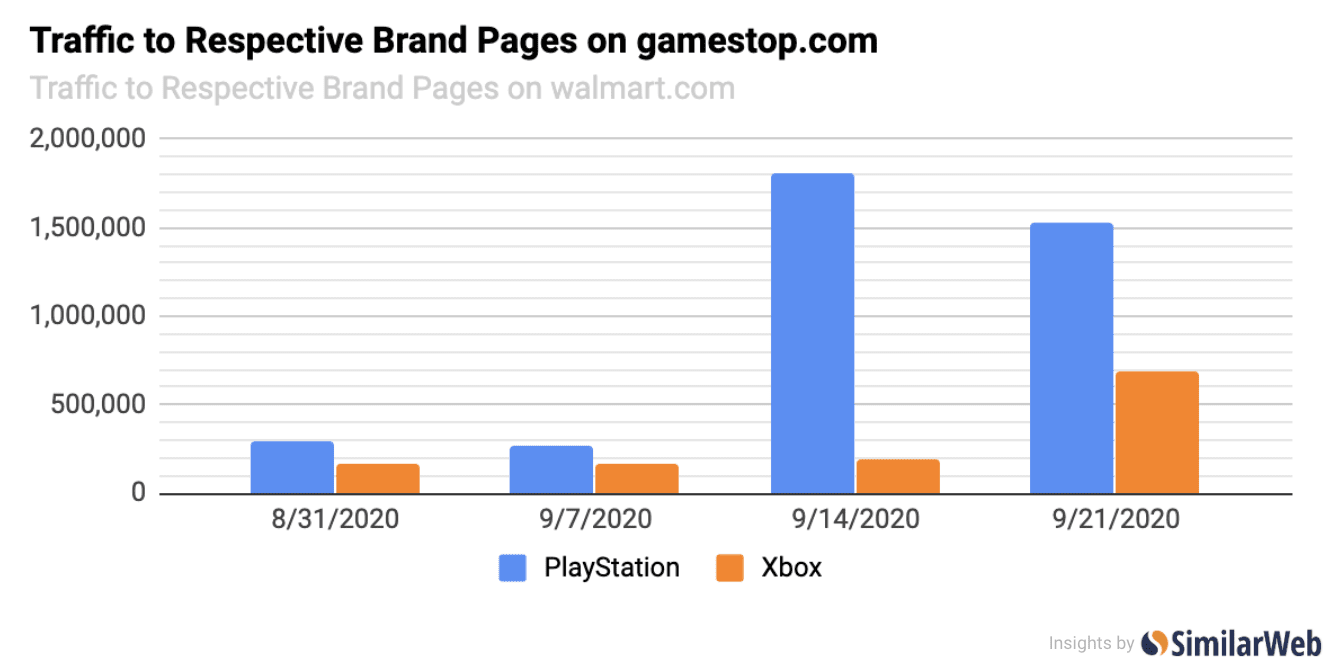 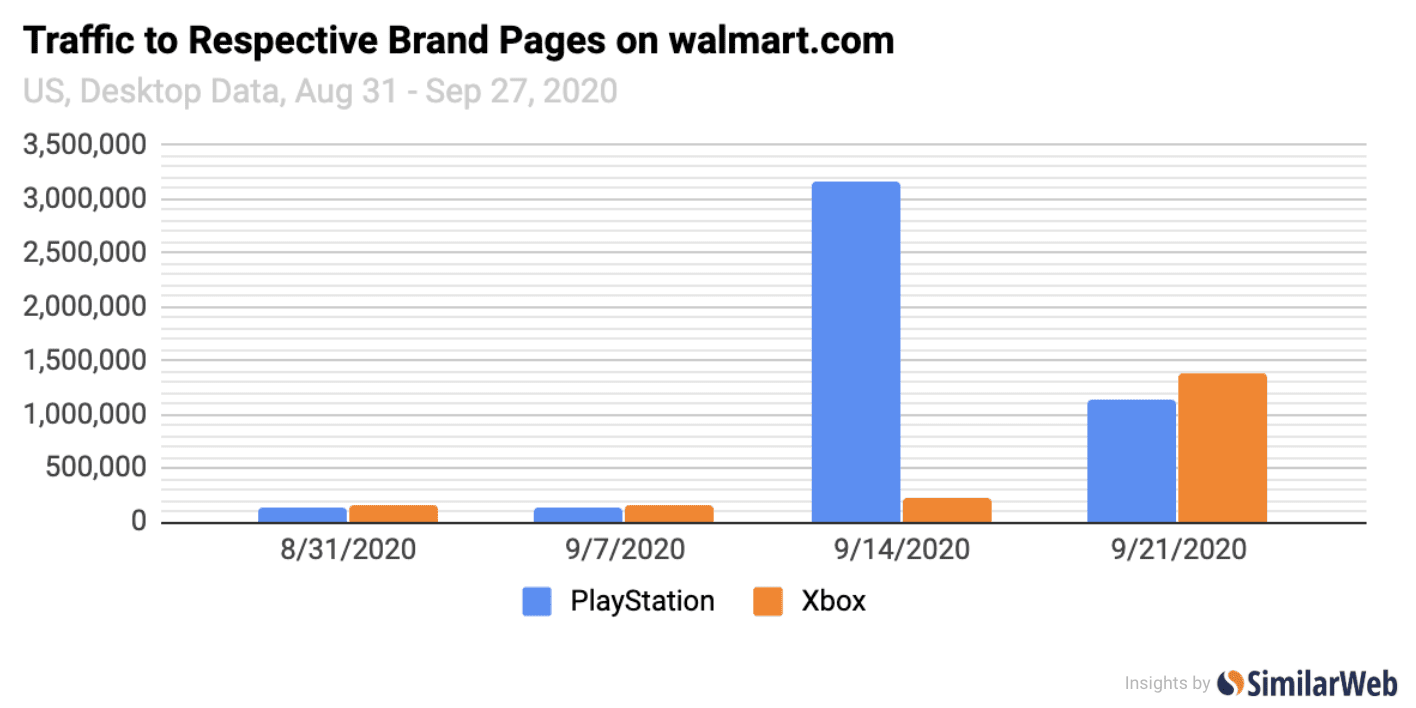 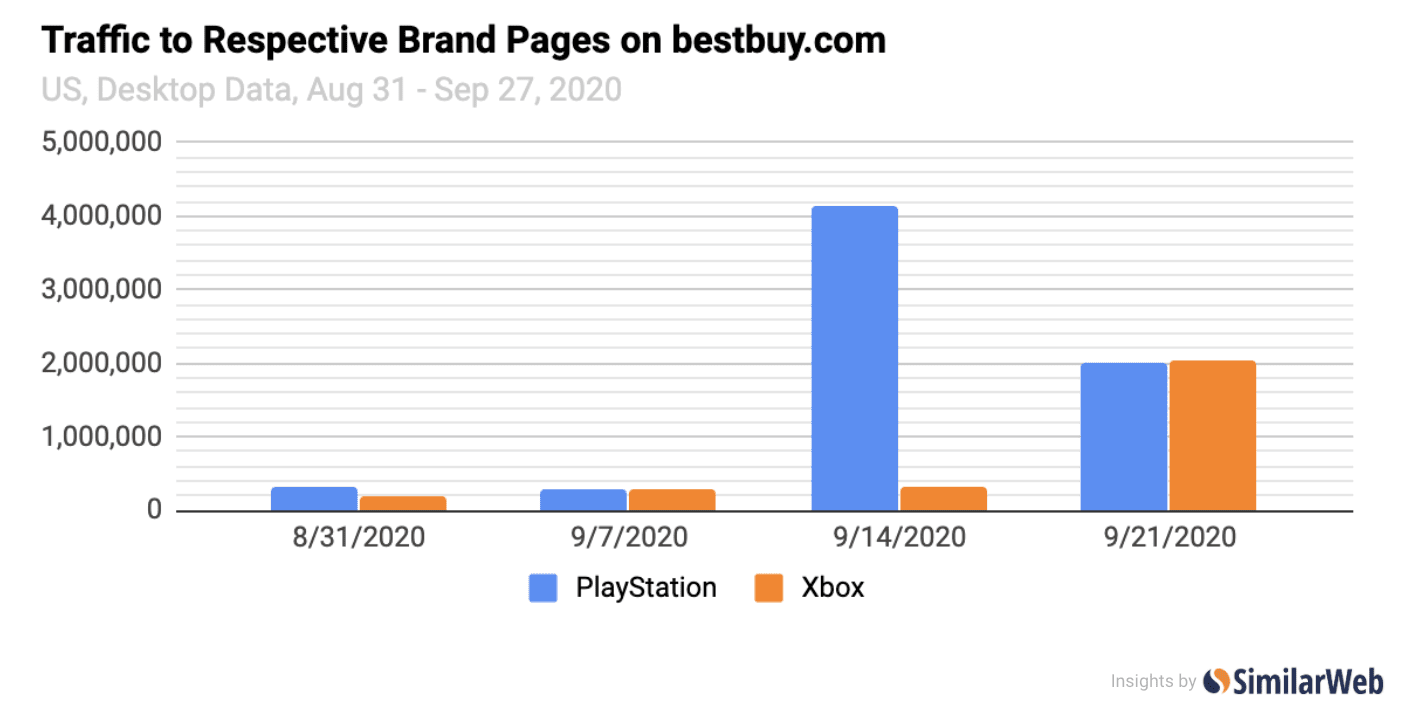 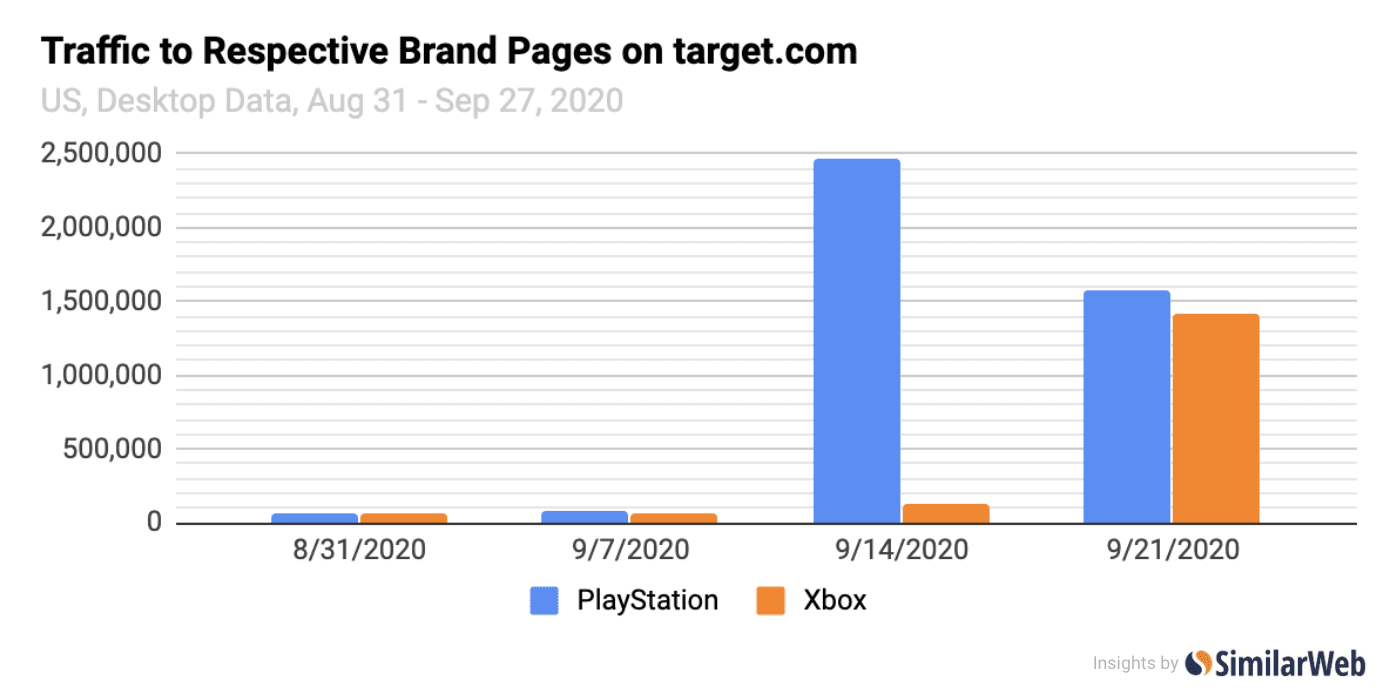 “On the contrary, during the week of the Playstation 5 pre order launch, across all retailers, the Playstation page significantly outnumbered the Xbox page, even though there are no redirects from the parent site,” SimilarWeb adds.