Google’s Pixel 6 and Pixel 6 Pro will officially be launched on October 19, and in typical fashion, we know a ton of details about the phones well before their release. That’s in part due to unintentional leaks, but also because Google itself has already told us a ton of information about the device’s hardware.

There’s a lot to be excited about with the Pixel 6, as it seems Google is taking hardware seriously for the first time since… well, ever. Pixel phones have always been vehicles to show off Google’s software and AI chops as opposed to hardware showcases, but the Pixel 6 appears to be a dramatic pivot in the specs department.

While we do still expect Google to keep some surprises up its sleeve — at least, we hope so — here’s what we know about the phones so far. To keep your expectations in check, we’ve divided this list into the details that we know directly from Google and what we’ve learned from the rumor mill.

Official: Google is moving to its own custom ‘Tensor’ processor

By far the biggest news about the Pixel 6 is the confirmation Google has designed its custom processor, dubbed Google Tensor. The chip will be present in both the regular and Pro models of the device, and it’s supposed to enable many cool new software tricks.

So excited to share our new custom Google Tensor chip, which has been 4 yrs in the making (? for scale)! Tensor builds off of our 2 decades of computing experience and it’s our biggest innovation in Pixel to date. Will be on Pixel 6 + Pixel 6 Pro in fall. https://t.co/N95X6gFxLf pic.twitter.com/wHiEJRHJwy

Google Tensor will be “competitive” in raw processing power, but its real strength is AI and machine learning tasks, which Google claims will improve the camera, voice commands, translation, captioning, and dictation.

Official: It has a very different design language with beefy cameras

Pixel phones have essentially looked the same since 2019’s Pixel 4, with a ‘squircle’-shaped camera bump and a matte body design. The Pixel 6 takes a completely different direction with a massive ‘camera bar’ that indicates the phone will finally use a larger camera sensor, as well as a two-tone color scheme above and below this camera bar.

Current Pixel phones have managed to remain competitive due to the sheer efficacy of Google’s image processing, but the company can’t keep the competition at bay with software alone; it’s about time Google used camera hardware to match its software chops.

I think it looks pretty snazzy, but hey, looks are subjective.

Official: It has more competitive specs all around

Before we delve deeper into the realm of rumors and leaks, here are the other details that Google has officially revealed in advance of the phone’s launch:

Leak: Google Tensor may have a highly unusual collection of processing cores

While we listed what we officially know about the processor above, leaks have given us a bit more detail about what might make this processor more unique. I go into more detail in this article, but one of the most fascinating rumors about the chip is its use of dual high-power ‘Cortex X1’ cores. 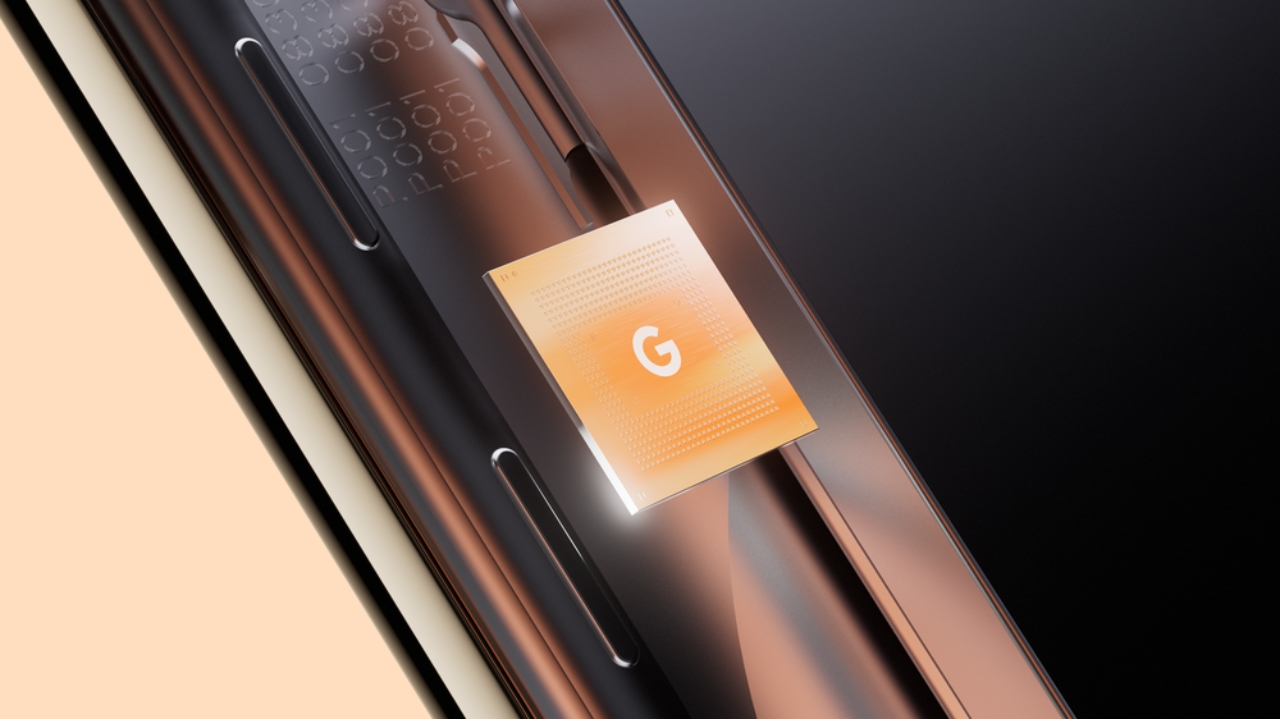 Most current flagship Android phones use three core types — low power Cortex A55 cores, medium power Cortex A78 cores, and a high power Cortex X1 core. The Google Tensor appears to be the first phone to use dual X1 cores, which could lead to great performance in tasks that require high clock speeds.

On the other hand, the rest of the cores appear to be weaker than what you’d find on other Android flagships, so it’ll be interesting to see how Google balances performance and battery life with this unique arrangement. And this is to say nothing of how the AI-focused part of the chip will be designed.

For the last few years, Google has been using a relatively puny camera sensor, at least among flagship phones. In fact, the 1/2.55″ camera sensor hasn’t changed since the Pixel 3, and that sensor was actually smaller than the one in the Pixel 1. In other words, Google has barely made a meaningful upgrade in the primary camera sensor’s image quality since 2016. That might as well be a millennium in the tech industry.

But with the Pixel 6 and Pixel 6 Pro, the company finally appears to be using camera hardware worthy of its software. Google will likely use Samsung’s GN1 sensor, a massive 50MP, 1/1.31″ imaging chip that would be among the largest on the market — and nearly four times the size of the Pixel 5’s. Just for reference, here’s how on leaked marketing image shows off the size difference:

As noted above, the new sensor-lens combo will be able to capture 150% more light, and a larger sensor also tends to come with corresponding increases in dynamic range and color accuracy. The sensor is also supposed to be capable of shooting 1080p slow-mo at 400 fps, although it’s up to Google to implement that feature.

Of course, Google is upgrading its camera software too. In fact, the Google Tensor chip is supposed to enable some of the most interesting camera shenanigans yet.

Leaked marketing materials show a ‘Magic Eraser’ feature that will make it easy to “remove strangers and unwanted objects” with just a few taps. Some other notable camera improvements:

Leak: It might have fast wireless charging, but no charger in the box

A new wireless charger (with a fan for cooling) would make the Pixel 6 duo some of the fastest charging phones in the US market. Rumors have pointed to either 23W, which would put it behind only OnePlus’ 50W charger. By comparison, most phones charge wirelessly at 10 or 15W.

Likewise, the phone will reportedly be able to charge at 30W via USB-C, which isn’t remarkably fast when you have 100W phone charging these days, but it’s still a welcome improvement over the 18W charging of prior models. It’ll reportedly charge to 50% in 30 minutes, and reverse charging is still in tow.

On the other hand, Google will apparently follow the trend of not including the charger in the box.

Leak: It’ll come with at least 4 years of Android updates and 5 years of security patches.

Phones often seem to be built with the intention of making you upgrade every year, but Google is reportedly planning to supports its new phone for at least four Android updates, with 5 years of security patches. That’s practically unheard of in the Android industry.

It’s just another sign that Google is finally taking hardware seriously, and it makes Android phones more attractive to those who appreciate Apple’s (relatively) long-term support of older iPhones.

It’s hard to keep track of all the leaks, but here are some of the other specs we’ve seen reported thus far:

How to watch the launch event

The Pixel 6 will launch on October 19 via an announcement video that goes live at 10 AM PT / 1 PM ET. As one might expect, you’ll be able to watch the launch on YouTube:

Stay tuned to Plugged as we cover the launch.