Raleigh, North Carolina-based startup WedPics has raised $1.1 million to further the growth of its photo sharing app for weddings. The company calls itself a “personalized, private social network for weddings.”

This new round of funding, which includes investments from former Redhat CEO Bob Young and Reverbnation co-founder Jed Carlson, will be used to boost WedPics’ marketing and user acquisition plans as it eyes monetization strategies.

WedPics followed an interesting path to get where it is today; after receiving attention from local press, the startup faced eviction for running a 13-person business inside of WedPics founder Justin Miller’s home. That setback turned out to be a blessing, as TechCrunch reported — it led the local startup community to establish a new coworking space and helped WedPics land a $250,000 investment. To date, the company has raised $1.35 million. 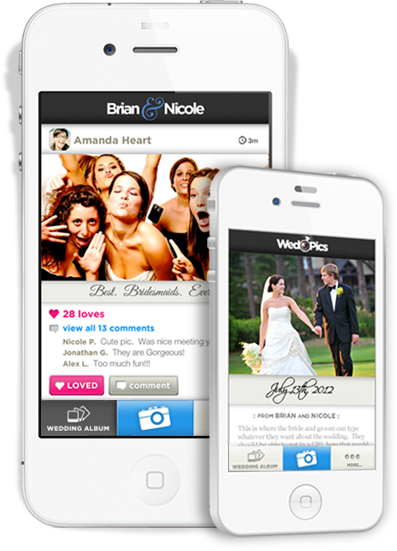 For the most part, photo sharing apps have been done to death — very few have received major traction since Instagram first exploded onto the scene. WedPics, however, is positioning itself firmly in its Wedding niche, and will have to compete with apps like WeddingParty in order to succeed in the long-run.

For more on startups in the wedding space, check out our review of Loverly’s new iPhone app.