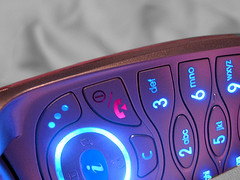 [The Netherlands] Hollywood crime blockbusters have long told us that a cell-phone with a battery in, even if it is switched off, can be used to track your whereabouts.

Now, using motion-sensing gadgetry already built into many handsets, plus some smart thinking from the Technical University of Delft in the Netherlands, your phone might even be able to predict what you’re going to do next.

Could a ‘Minority Report‘ scenario, where citizens are policed based on crimes they are only predicted to commit really be driven along by an app on your iPhone?

Maybe not, but Arjen Peddemors from Delft thinks that by recording the repeated physical moves you make using the accelerometer in your phone – normally used for sensing when to flip the display from portrait to landscape – and combining that with GPS data and 3G cell coverage could create a powerful new system.

The benefits of this location/movement aware system could be handsets that know in advance how to manage the YouTube video you are watching so as to take account of the dip on 3g signal you are likely to pass through in a few minutes time. Similarly, your handset might automatically defer large downloads to a time and place when it can be certain that there will be sufficient, sustained bandwidth.

New Scientist notes that the law enforcement community will doubtless take an interest in the development of such systems, meaning privacy campaigners will have to strive to keep the benefits in the hands of the users for as long as possible.