This article was published on December 14, 2012

Cinepapaya has raised funding from 500 Startups to boost the growth of its movie information and ticket sale portal, the Peruvian startup announced on stage this week in Miami during the first Wayra Global Demo Day and America’s Venture Capital Conference (AVCC).

Cinepapaya’s website is similar to other sites such as US-based Fandango and Tiger-backed French company AlloCiné, which operates in several countries (Spain, UK, Russia, China, Turkey, Brazil, Canada) under different brands. Here’s a video presenting Cinepapaya, including a cameo from Steve Wozniak:

Cinepapaya is one of the 10 teams that participated in Wayra Peru’s inaugural class. As we reported, the program’s launch in Peru had a very positive impact on the country’s startup scene, and helped like-minded people come out of the wood and start working together to build a local ecosystem.

In addition, Cinepapaya is already thinking beyond Peru; after participating in Start-Up Chile’s acceleration program, it is now operating in three countries: Peru, Colombia and Chile. Ultimately, the startup’s ambition is to expand all across Latin America and venture into other emerging markets. While movie attendance is down in the US, Cinepapaya points out that these countries registered a 16% annual growth in movie ticket sales.

According to Bedy Yang, who is responsible for leading the investments in Latin America at 500 Startups, this expansion potential is one of the main reasons why the Silicon Valley seed fund decided to invest: 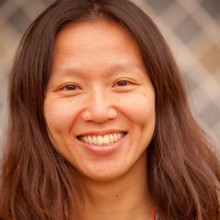 “Cinepapaya is our first Peruvian deal, but what really excited us at 500 Startups was that they are targeting the Andean market. Chile, Colombia and Peru combined have 100 million people and through last year’s integration initiative, these countries are listed together on stock exchange Mercado Integrado Latino Americano [MILA], becoming the second largest regional stock exchange.

More importantly, the Cinepapaya team has done a great job in testing the prototype with key customers such as Cinemark. We are excited to be on board.”

One of Cinepapaya’s key assets is its multi-platform approach: since it doesn’t belong to one particular movie theater chain, users can buy tickets for any session in partnering venues, right from their mobile phone or browser. Its “search by free time” feature is also an interesting tool for people who don’t know what they want to watch.

As you may remember, Cinepapaya was runner-up and at Startup World: Lima, Peru at TNW Conference Latin America’s Startup Battle (here’s a video of their pitch). Its co-founders Gary Urteaga and Manuel Olguin also got support from mentors such as Jeff Hoffman, co-founder and ex-CEO of Priceline.com. “I have no words to express how much and valuable are all the Skype calls we have with him. His will and nature to help and advise entrepreneurs is really amazing,” Urteaga says.

The startup is now seeking investors to complete its seed round, and seems to have made interesting contacts during its stay in Miami:

From the movie business perspective, it is certainly refreshing to see that there are reservoirs for growth in emerging markets – and companies such as Cinepapaya which are prepared to tap into this opportunity.