Earlier this week, AVG Technologies, providers of security software, released the latest part of its series about the activity of children online called Digital Diaries.

The study was conducted by Research Now for AVG and the series covers child digital development through different age groups. The latest installment is about 14 to 17 year olds and the project began in 2010 with children who are not even born yet.

According to earlier reports in the series, 23% of children in the UK have a digital footprint before they are born as parents post sonograms and other details about their lives. So it’s worth considering how the next generations will grow and what their digital activity will look like in the future.

The information was released at an event where Tony Anscombe, AVG’s senior security evangelist, Simon Milner, Facebook’s director of policy for the UK and Ireland and Steve Kuncewicz, a lawyer, specialised in online and social media issues discussed the upbringing of children in a digital age.

Anscombe says that the many stages of the Digital Diaries research is important to AVG, “It’s interesting to us as a tech company to know what our children are doing as we can see both where to develop product and where kids need to be safe. It’s also interesting to find out how online security works in a family home.”

According to AVG’s reports, 41% of UK parents have accessed their child’s social networking account without that child knowing. 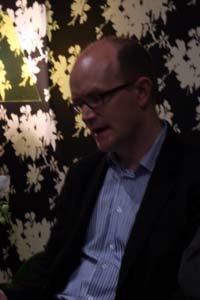 Milner has a teenager and a twelve year old of his own and remarked that as with most parents of children that age, he does not get a lot of communication from them. He said he saw little harm in the examples of parental snooping but that Facebook does try to help parents know that their children can control their own online experience.

“I don’t expect Facebook to help with parenting but I do expect Facebook to provide the tools to help them keep safe. Most of the spying is probably innocent. Beyond this, there may be a point where checking up on your kids may be invading their privacy and likely to be resented, which is counter-productive. Parents need to be approachable and have a trusting relationship. Though this isn’t easy, it should include their children’s internet lives. We aim to provide the tools for kids to manage their profiles and find help when they feel vulnerable. We think it’s important that parents understand that as well as keeping an eye on their kids, they need to have a conversation about digital footprints and how to manage that.”

The discussion at the Digital Diaries launch also looked at the possibility that a child’s online profile could be compared to their diary. If that is the case, should it have the same level of privacy?

Kuncewicz says that a reasonable approach is needed when it comes to tackling the privacy of children. “You have to consider whether the things that kids do have a reasonable expectation of privacy. Balance their human right to their private family life against whether their parents can intrude. Parents should be looking at this sort of thing because it is easy to advocate responsibility to Facebook but in my experience, people don’t tend to use the tools available or read the terms of use to understand the controls you have. It’s easier to block someone on a social network than it is to make sure your kids aren’t ‘sexting’ from a mobile phone.

Simon Milner says that Facebook’s controls are becoming better adapted to suit user requirements, “As a platform like Facebook matures, people get to know the tools available. There’s a lot more inline control now for users. You can use your timeline as a diary and you can set it so so that only you will see that. We see people using those tools more and more.”

Last year’s EU Kids Online [PDF] study provided a comprehensive set of data where kids and parents were asked about their online activity. The differences between risk and opportunity were outlined. Most kids in the research played games, learned or communicated online and some were aware of risks. The definitions of risky behaviour for children online may not be entirely clear to all parents but the report goes some way to clarifying this.

It says that 40% of 9-16 year old internet users in Europe had looked for new friends, 34% added people to their networks that they had never met face-to-face. 15% had sent personal information to someone they had never met face-to-face and 14% had sent a photo or video of themselves to someone they had never met. Though some parents may be wary of breaking the bond of trust with their children, talking through the issues and providing support should help children be prepared for when children feel hassled or uncomfortable online.

There have been recent cases highlighted where job interviewees or established employees have allegedly been asked for their passwords for social networking sites. But even without bizarrely asking permission for the keys to someone’s profile, there is concern that young people are not always aware of the consequences of their actions online and how that may impact on their later life decisions.

Simon Milner says that it is to be expected that parents would be concerned about this. “It’s the same with everything to do with teenage children,” he says. “You worry about everything but it is dependent on the child and how they act too. When it comes to digital technologies, parents have always worried about the latest innovation, television, mobile phones and now digital footprint and social networks. Services like Facebook are set up to control a digital footprint and parents are best equipped to advise on life decisions. You cannot stop kids from making mistakes and in some cases sometimes children need to make mistakes so that they can learn.”

Kuncewicz says that employers are still finding their way when it comes to the acceptable boundaries of vetting prospective employees. He also points out that there are areas where social profiles can cross over into the information that a prospective employer is not entitled to ask for. “Employers are struggling to work out what they can use amid the information that is out there. You have to be very careful as an employer possibly using personal data, even when it is posted publicly because there is often information there about religious beliefs, sexual proclivity and a lot of employers will routinely look people up without thinking about the fact that there may be a data protection problem or other issue under the equality act.”

As the latest instalment of Digital Diaries covers young people up until the age of 17, it is on target for the age where kids are thinking about applications to universities. Ancombe says that he believes that higher education establishments are likely to be searching the profiles of prospective students.

Facebook does go some way to protecting minors on its site so at least if they are prone to posting indiscretions, it is not as easy to spot. “We have default settings that make the profiles of under 18s more private,” says Milner. “They are not searchable. So even the things they think they are showing to everyone, they’re not. It’s important to ensure that your kids have the right age on their profile, to ensure they don’t get inappropriate adverts but also to ensure that by default they are more private than adult users.”

But there is research that says there are many users of Facebook who are too young and not only do parents know that their underaged kids are on social networks but that they actively helped them to get there.

Milner says that underaged children are not welcome on Facebook. “We don’t want kids under thirteen on the platform and we will deactivate and delete these accounts. It’s an issue we are aware of but we don’t have a solution to it, other platforms have the same problem and no one has a solution to it.” 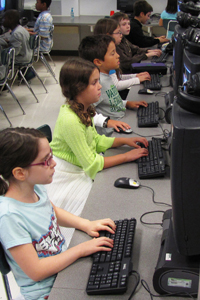 So who is responsible for the digital education of youth? In many other aspects of growing up, teachers as well as parents take a role in child development. Should social networks also play their part?

Milner feels that there should at least be acknowledgement. “I think that the role of bringing up kids is between parents, teachers and wider society,” he says. “Facebook knows that it has a role to play in how children mature digitally. Teachers have a tough job and I don’t think we should suggest that managing their pupils social media profiles should be their prime role.

“Not only can we think of social networking in education in terms of e-safety but there is a sense that schools can and are using Facebook for education where people can learn in a more social way. Facebook in schools, rather than be a worry for teachers, could be a useful tool.”

Naturally this tallies with the roll out of FB pages for schools currently beginning in the States.
Milner says that already groups are available now and people can set up and control very carefully who has access to it. The difference with the Facebook Communities product is that it has tools so that only people with an email account for that specific institution can access it.

Milner did not know when the Facebook communities pages for schools would be coming to the UK and clarified that one of the issues that has come up along this process is how best to transfer an existing group to a community page. He says that the issue is still being worked through.

The implementation of official school pages for schools may also broach the awkward area of teacher-pupil relations online. Kuncewicz says that teachers have been warned off online communication with pupils in the past so the provision of services like this may offer some clarity about the boundaries between teachers and their students online.

With mobile Web, peer pressure for kids to have technology earlier and teenagers accessing the web in their rooms, it’s no wonder that parents worry about what their offspring may be getting into digitally. This research on habits and interaction at least goes some way to knowing what to expect as more and younger children arrive online.