The City of NY has lately kept itself knee-deep in the tech industry and social media. Now, NYC is launching its first official Facebook photo contest, #loveNYC, encouraging users of Instagram and Hipstamatic to snap pics of things that show why they love NYC.

The winning 10 photos will be featured in Times Square, along with the city’s Facebook, YouTube and Twitter pages. According to NYConvergence, the #1 photographer “will also be crowned as the city’s ‘Official Instagrammer’ for a day – and gets to take pictures of Mayor Bloomberg at city events.” Anyone can submit photos until April 6th, so long as they are taken within the city’s five boroughs. 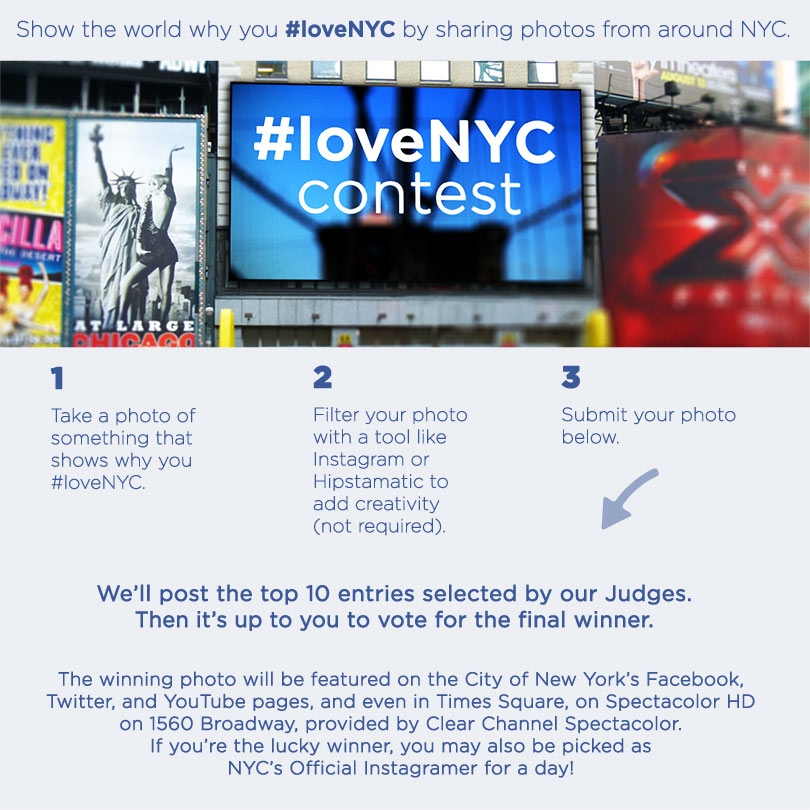 The contest judges include Jen Bekman, founder + CEO of 20×200, Rachel Sterne, Chief Digital Officer of NY and Mal Sherlock, fashion photographer. The 10 winners will be shared on NYC’s Facebook page on April 9th, and the #1 photo will be chosen by the public.

Overall, it’s a light-hearted way for the city to stay involved with its community while growing its social media reach. Check out the link below to learn more.

For more NYC coverage, you may want to read: WiFi and cellphone service are finally coming to 30 NYC subway stations and Square is now rolling out to NY taxis with brand new, sexy hardware