After 15 months in public beta, Singapore-Philippines cloud document specialist Insync has released its first full version, complete with a range of features built to appeal to power users of Google Drive, Google Apps and Gmail.

We first covered the startup — which is backed by LinkedIn CEO Reid Hoffman, Joi Ito’s Neoteny Labs and others — when made its product free in December 2011. Since then, the cloud storage space has seen many changes, with Google launching Drive and Dropbox moving into a range of new verticals, and Insync’s product has evolved too.

Founder and CEO Terence Pua tells TNW that Insync 1.0 has “new code from the ground up” and revised pricing, a one-time $9.99 fee comes after a free 14-day trial. A plan dedicated to business, enterprise and SME customers is coming within the next month.

“Our target is the power user, who has been forgotten as Dropbox, Box and Google Drive slug it out among the ‘normal’ users,” Pua explains.

Essentially the service builds a local repository for all of files stored in Google Drive, adding a bundle of enhanced features that make working with Drive, Gmail and Google Apps a more connected experience. Support for multiple accounts and desktop notifications are among the benefits that I’ve founded to be particularly useful.

Insync 1.0 is available for Mac and Windows, and is currently in a free beta for Linux. The features include:

Insync was previously based heavily around Gmail and Dropbox, helping marry up the need for cloud storage with working environments like email, but the launch of Google Drive changed its position, and not in a bad way. Speaking to TNW back in July 2012, Pua said that the basic nature of Drive left many opportunities for value-added services, and that remains the same with Insync 1.0.

“We’ve found that a lot of people will use Google Drive but will have issues, or are seeking something better,” Pua, who has spent time working in Silicon Valley and Southeast Asia, says. “I hope we’ve built want they are looking for.”

Enterprise is also a key focus and the upcoming business accounts will include a range of powerful features that help make cloud storage and documents a more completion solution for companies.

Pua reveals that some of the enterprise features will include events, to allows administrators to see all deletions and edits on a document during any day/time; email alerts on events; audits of employees and document trails, and more.

For now, there’s no dedicated support for Dropbox, or other cloud services like Box. Pua declines to go into specific details about future product support but he does say that Insync’s goal is to “do more with cloud storage”. Given that statement, its past support for Dropbox and its notable line-up of investors, it’s fair to assume that support for other clients will come in the future.

Insync has offices in Singapore and Manila, Philippines, and a headcount of 9, of which 7 are engineers. The company maintains a fairly even split between its two bases.

Interestingly, much of the work for Insync 1.0 was done in Thailand, on the beaches of beautiful island Koh Phangan, where the team spent a month-long work stint — one of the perks of being a young startup.

The company quietly launched the new version to members of its forums last week and, after just three days, it was seeing more than 500 sign-ups per day. Pua says that the rough split is 60 percent Gmail users to 40 percent Google Apps users, while, a week after the soft launch, there are paying customers from 21 countries worldwide. 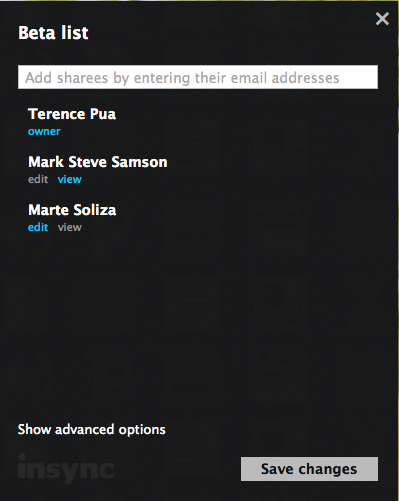 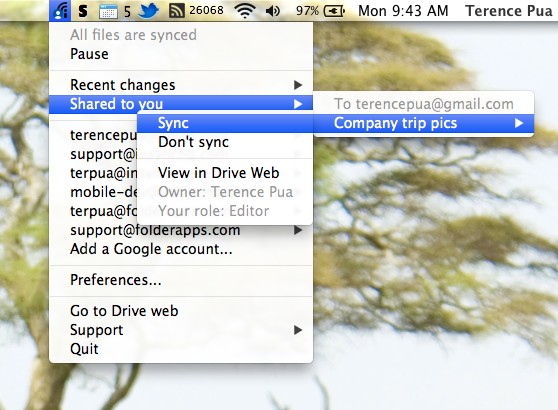 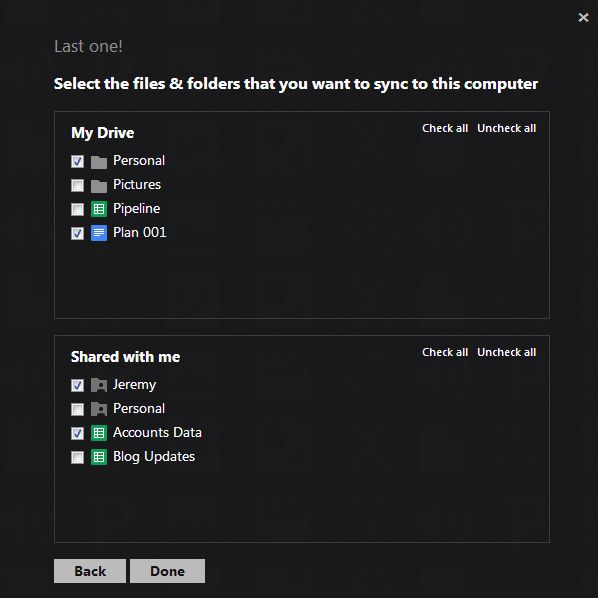 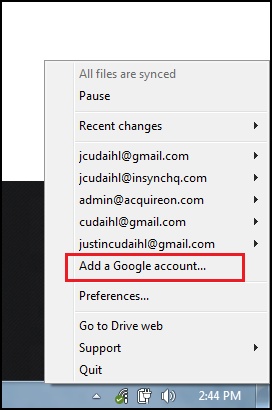 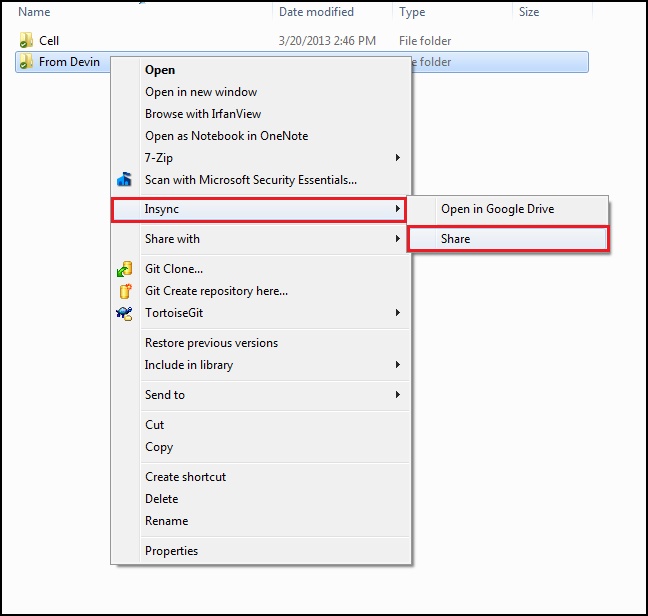