When Barnes & Noble announced its Nook Tablet earlier today, as we reported, it made no mystery on its ambition to fire back at Amazon’s tablets; the presentation even included several slides overtly comparing Kindle and Nook tablets.

So how do the Nook Tablet and the upcoming Kindle Fire stack up? Let’s have a look at their key features.

While both the Nook Tablet and the Kindle Fire have 7-inches IPS LCD screens, Barnes & Noble is confident that its device will offer a better display than its previous products – and hopefully than its competitor’s.

Indeed, the company worked on limiting reflection and glare thanks to full IPS lamination to offer “extra-wide viewing angles”, which it describes as “perfect for sharing.” As for video, it will support HD content (1080p.) In terms of the image itself, we will have to see it for ourselves to confirm how the VividView technology compares to Amazon’s devices.

Both tablets have 1 GHz dual-core CPUs, but the Nook tablet has more RAM (1GB vs. 512MB for the Kindle Fire.) According to Barnes & Noble CEO William Lynch, it matters when it comes to multi-tasking – don’t be surprised if the Nook turns out to be faster than Amazon’s Kindle.

As we already know, the Kindle Fire will come with a 30-day free trial of Amazon Prime, the company’s $79-a-year membership service that includes streaming video and free two-day DVD and Blu-Ray shipping. Amazon Prime’s subscribers will also be able to stream top US TV series and films from their tablets, as Amazon has been working on a series of partnerships with Hollywood studios (see our story ‘Amazon continues its Prime Instant Video licensing charge with Disney-ABC deal‘.) 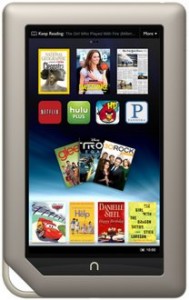 Knowing this was one of Amazon’s main differentials, B&N upped its game, challenging Apple’s iPad at the same time. As a result, the Nook Tablet will be deeply integrated with both Hulu and Netflix, turning the tablet into an attractive option for the services’ free and paying users. As the Kindle Fire, it will also include free trials of Hulu Plus and Netflix.

According to Barnes & Noble, Nook Tablet’s users will get access to the Nook Store and its 2.5 million books, most of them priced at “$9.99 or less.” B&N also reminded today’s audience of its market share, as it is responsible for 27% of e-books sales in the US.

In comparison, the Kindle Store ‘only’ offers one million titles under copyright, while also facilitating access to “nearly two million out-of-copyright, pre-1923 books.”

Besides books for sale, the Nook Tablet also offers a Newsstand similar to Kindle’s magazine offer and a Comics section, with what B&N presents as the largest collection of Marvel graphic novels available on a tablet. As for Amazon’s device, one of its differentials will be the lending option it recently introduced (see our previous story ‘Amazon launches Kindle book-lending service with 11,000 US libraries.‘)

While the Kindle Fire is priced at $199 as the Nook Color, the Nook Tablet will be more expensive $249.99 (but obviously much cheaper than an iPad.) It may not have been a matter of choice for B&N; according to reports, the Kindle Fire costs $209.63 to make, and Jeff Bezos had declared that Amazon “worked hard to charge less for the Kindle Fire.”

Although we can’t confirm the exact reason for this price difference, it may have to do with Nook’s storage capacity. The Nook tablet includes 16GB of storage and an SD slot that can handle up to 32GB, when Amazon’s solution is more cloud-centered, with only 8GB built-in storage for apps and other local content.

However, it’s worth noting that B&N is cutting on Amazon’s pricing with its entry-level product, the Nook Simple Touch. Indeed, it will be available for $99 without ads, while Amazon’s clients will have to spend $139 to get an ad-free Kindle Touch (see our previous post ‘Most of the Amazon Kindles introduced today cost more without “Special Offers”‘.)

Both tablets are available for pre-orders in the US (here for the Kindle Fire and here for the Nook Tablet). However, they won’t hit the shelves on the same day: buyers will have to wait until November 15th to get a Kindle Fire, while Nook Tablets should be in stores and delivered later next week.

If you’re not in the US, you will have to wait before being able to buy a Nook Tablet or a Kindle Fire, as neither Amazon nor B&N have announced international release dates for their latest tablets. As a US-based bookstore chain, it would be surprising for Barnes & Noble to venture outside its home market. As for Amazon, it hasn’t made public any plans to sell the Kindle Fire abroad yet, and it took two years for the previous Kindle to be released outside of the US.

Do you prefer the Nook Tablet or the Kindle Fire? Why? Let us know in the comments. 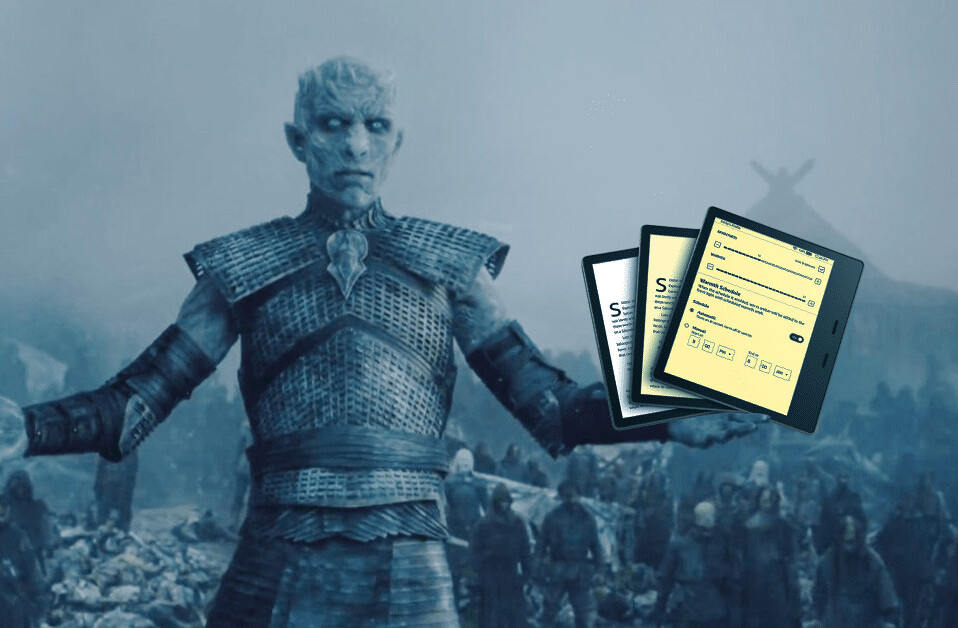