The funds will be put toward expansion in the Unites States where the company is looking to open up a presence on the East and West coasts.

NewVoiceMedia provides a cloud service that includes patented routing capabilities and unique ways that clients can personalise the service for customers. The company is growing by more than 200 percent a year and now serves more than 8,000 agents in 30 countries including Parcelforce, PhotoBox, QlikTech and SHL. 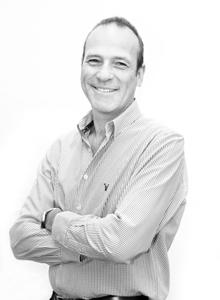 Tim Pickard, Chief Strategist at NewVoiceMedia explained to The Next Web how the development of the company’s platform has been beneficial. “We have built the platform from the ground up and so it is innovative in the tech sense, so it will scale out to significant numbers of users,” he said. “Some companies are hosting other people’s technology but we decided to differentiate ourselves with our own which allows us to innovate quickly”.

NewVoiceMedia’s platform, ContactWorld, integrates natively with Salesforce.com Service Cloud and Sales Cloud. CEO Jonathan Gale says that the move to the US has been spurred on by existing interest. “We have about 15 percent of our customers headquartered out there. That’s an interesting dynamic for us as they have come to find us and we have not been actively marketing in the US other than offering a local phone number.”

The company’s connection with Salesforce.com is an important one and Gale says that it is something others should be paying attention to.

“What the competition in the call centre space have missed is the importance of vendors like Salesforce. People are looking to consolidate onto a single platform across sales, marketing and customer service. That platform more often than not is Salesforce. 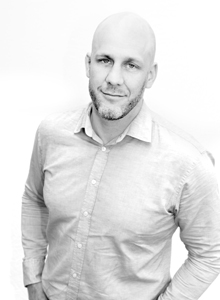 “Call center evolution has not kept pace with the other channels. What we have done is taken the usual capabilities and leveraged the data they have with Salesforce to personalise the calling experience. So rather than just being handled in order when you arrive in a call centre queue, the proliferation of mobile devices means that 90% of the time, we know who it is that’s calling and we can treat each call differently. That’s the key difference we offer.”

NewVoiceMedia currently employs around 85 people and Gale says that the company is growing rapidly. He expects between 30-50% growth for the team in the next twelve months. For now the firm is investing in sales and marketing for the US entry as well as development. The development team will remain in the UK where sales roles are likely to appear in the US.

Along with the cash, Laurence Garrett, General Partner at Highland Capital Partners Europe will be joining the board at NewVoiceMedia.

As a fast-growing company that has been established for some time, Gale notes that he is pleased to be a part of the UK wave of B2B SaaS cloud companies that are raising capital and expanding into the US. He pointed out the connections between the investors and firms that are leading the way.

“NewVoiceMedia has been around with a clever idea but it didn’t have the funds or resources to do what it needed to do from a sales and marketing perspective and from a product development perspective,” he said. “Notion Capital and Eden Ventures who are two of the four investors in this round are VCs focused on B2B cloud businesses. The team at Notion Capital were the founders behind MessageLabs. I worked with the Notion Team at MessageLabs when it was about 30 people in 2001. I was there for 9 years. Notion and Eden started bringing in people they had worked with before – like myself and Tim who was at Mimecast.”