One week after Mobiles Republic bagged a fresh $3m funding round, the French apps publisher has rolled out version 2.0 of its hugely popular News Republic app for Android and iOS.

News Republic is a neat app that lets users curate their own news feed by creating ‘channels’, covering broad subjects such as technology, business and sports, whilst also letting them build more topic-specific feeds, such as ‘football’, ‘Apple Inc.’ or ‘Barack Obama’.

With version 2.0 now out of the starting blocks, it has been given a brand new ‘look-and-feel’, and we must say it really is rather nice.

But cleaner, mosaic-based interfaces aside, it also comes replete with a host of new features, such as ‘Moods’ which is kind of similar to the ‘Like’ feature on Facebook, but much more extensive.

It lets you ‘react’ to articles, so you can either let the world know that you’re astonished, pleased, indifferent, worried or sorry, about a particular story. You can also choose to filter stories based on the mood created in other readers.

I’m not sure how accurate this feature will prove to be, though. When I filtered by the sorry option, it seems the story that got folk the most upset, by quite some distance, was that the female beach volleyball players were to be offered the option of wearing shorts during the London Olympics this year.

Galleries and other features 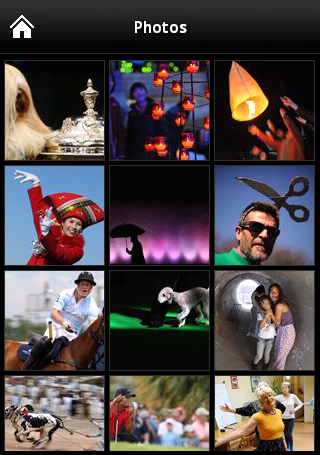 Then there’s the new gallery features. So if you don’t dig words all that much, you can browse some of the day’s great snaps and videos from around the globe.

In terms of curation, News Republic now lets you select your exact news sources for all your channels, from Al Jazeera (new) and the Associated Press, to ITN and The Next Web.

Elsewhere, the app has been designed to harness the specific strengths of Android 4.0 (Ice Cream Sandwich), meaning you can ‘beam’ (send between two devices by touching them together) to share an article, and you can play the video gallery back through iPlay on Apple TV (iOS only).

Founded in 2008, Mobiles Republic has developed a range of mobile apps, and has developed TagNav, which is the semantic search and targeting technology that powers its News Republic, APPY Geek, Biz Report and Glam Life apps.

If you haven’t checked out News Republic before, now’s a good time to start. We think you’ll like it.