Native Instruments today announced several updates to its lineup of DJ/production gear and software. From quality of life upgrades to a new DAW integration that could revolutionize the way producers work, it’s going to be an exciting year for everyone in the company’s music ecosystem.

It means you’ll be able to seamlessly load any sample or loop from Sounds.com into your workflow the exact same way you access pre-loaded sounds.

If you’re unfamiliar with Sounds.com, it’s an online audio library featuring one-shots, loops, and other sounds designed for use in music production. The site has more than one million sounds available – many of which are provided by famous musicians such as Kid Capri and Willie Donut – including full-on track-building kits.

Unfortunately, to use the sounds, you have to log in to the site, navigate the web page, download the sounds you want to your computer, and then import them into your DAW or hardware. This is the status quo, and it’s a pain in the ass.

In practice, what this means is that I surf Sounds.com for inspiration when I have some spare time and, if I find something that sparks a song idea, I’ll download.

NKS is, basically, a protocol that lets me hear a sample-sound as I scroll through what’s available. I don’t have to look at a screen or download anything, I just listen and dial in the noise I want. It’s very intuitive and means I’m never pulled out of my workflow. If I need a snare, I use the “drums/snare” filter and I choose from what I have.

Native Instruments is adding full NKS support to every sound in the Sounds.com library. And that means you can produce music on the fly with instant access to more sounds than you could ever actually use.

It’s like having thousands of instrumentalists, orchestras, and producers shoved inside of your DAW. Instead of choosing from dozens of drum sounds to find the one you like best, for example, you’ll just keep looking until you find the perfect one.

Native Instruments‘ Maschine 2 DAW will receive the integration with a free update in February.

And if you’re interested in using Sounds.com within a different DAW, there’s more good news. Komplete Kontrol, the company’s sampling and NKS integration software will get a free version called “Komplete Start” that should bring Sounds.com integration into any DAW-based workflow.

Komplete Kontrol, the paid version, will also receive an update to include Sounds.com integration and more. Both versions will roll out in March.

It’s hard to overstate how exciting the integration between NKS, Sounds.com, and Native Instruments production ecosystem is. As a producer, this will keep you locked inside your workflow instead of taking breaks to surf the web.

But, if you’re a DJ, maybe that’s not so exciting. A new version of Native Instrument’s excellent DJ software should perk you up though.

Traktor DJ 2 is designed from the ground up for iOS support, and that means it’s perfectly suited for use with an iPad. Native Instruments hasn’t provided a firm release date yet, but Traktor DJ 2 should arrive in “spring” this year.

The company also announced a few new hardware additions that expand the production lineup in ways that, ultimately, empower the nomadic producer to burn down their recording studios and never look back.

The Komplete Kontrol M32 is a new take on the company’s already popular S and A-series keyboard MIDI controllers. And this one might be the perfect iteration for producers seeking portability. From what we’ve seen it has a smaller footprint than the S or A-series, and it’s cheaper. 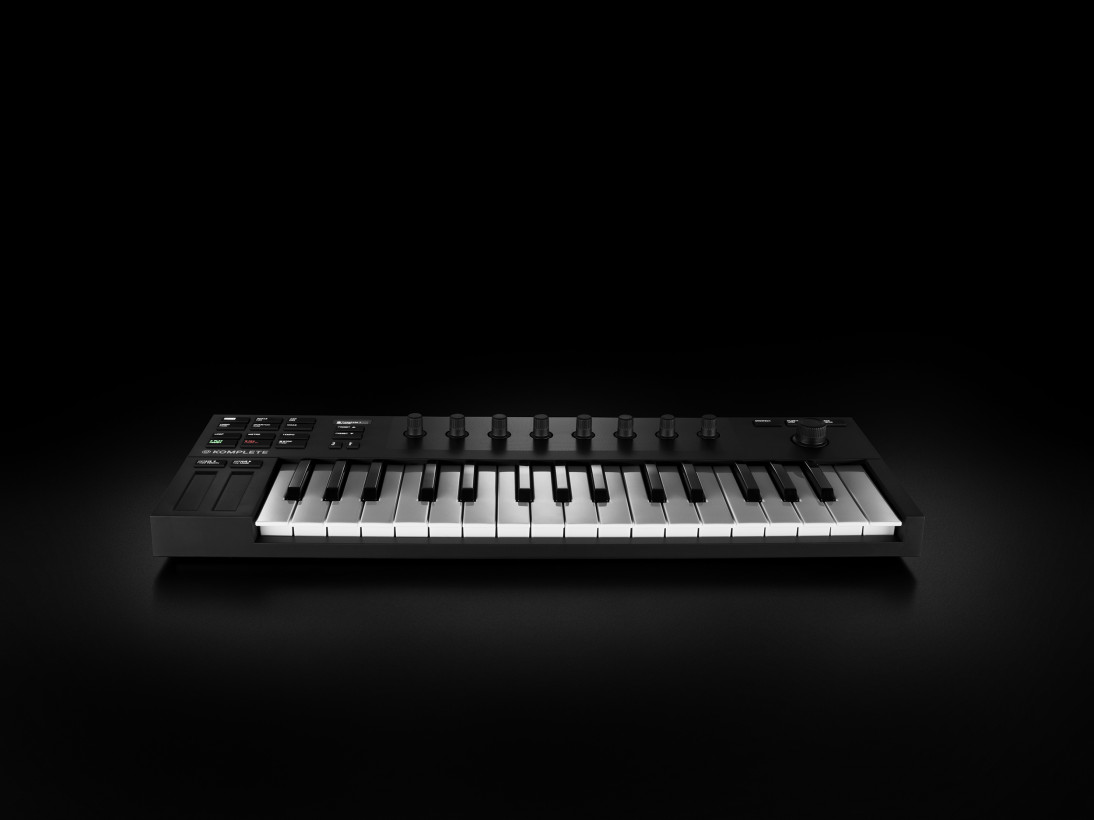 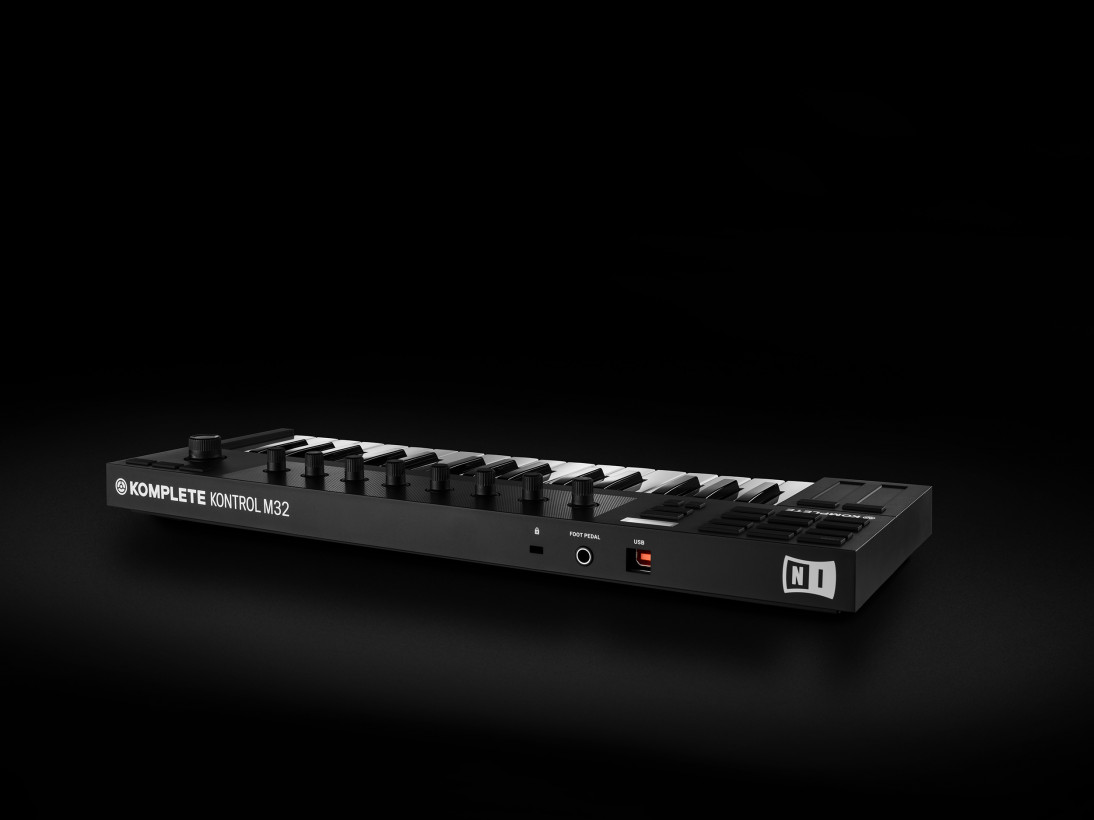 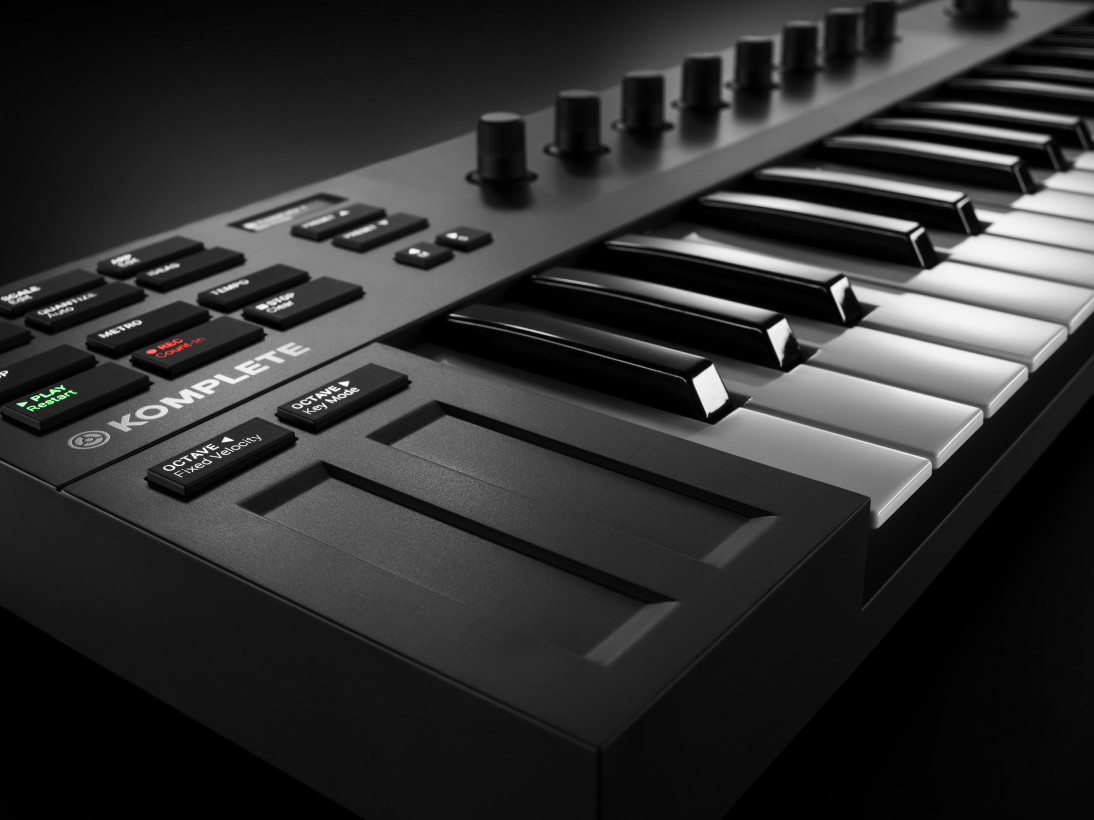 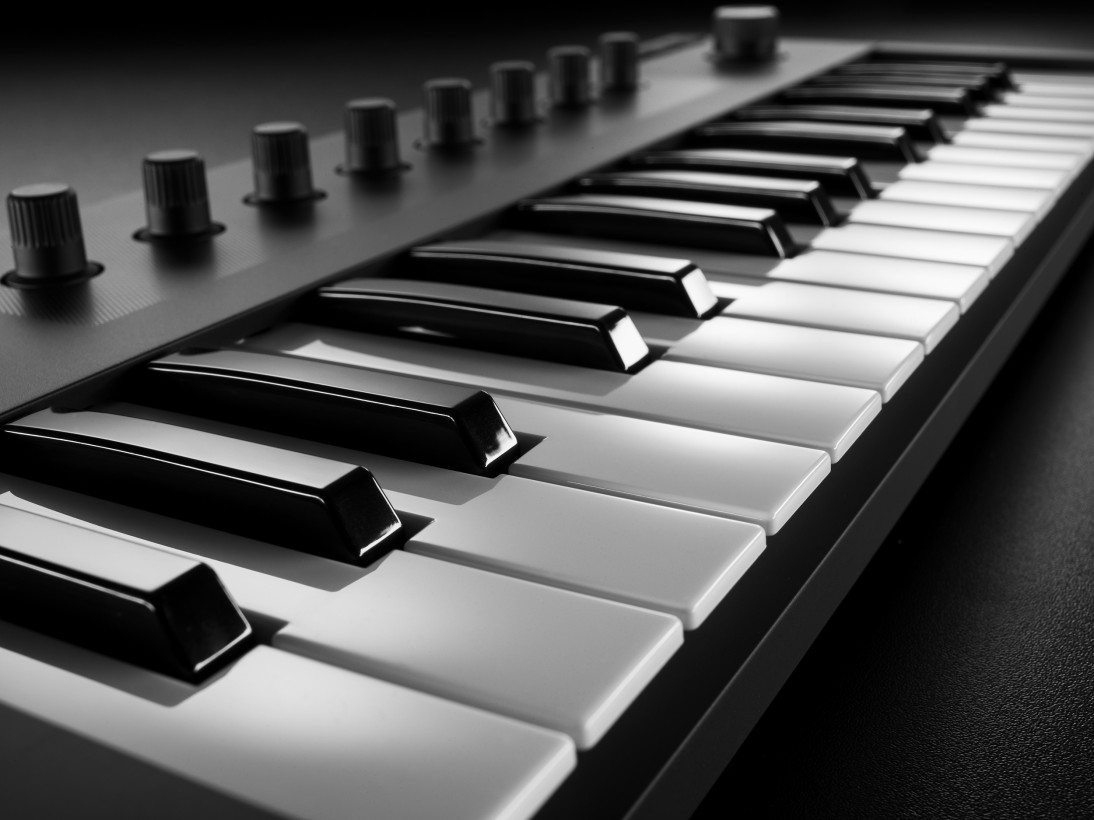 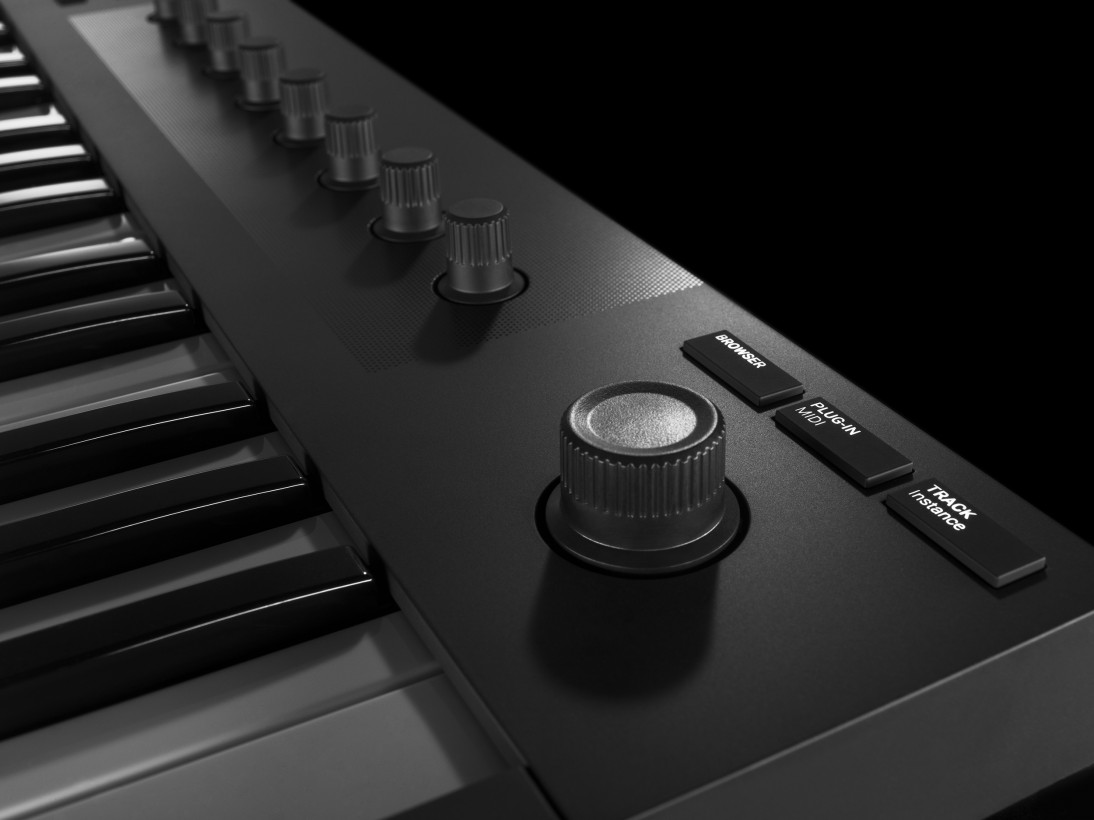 The A-25, an excellent MIDI controller, has fewer keys but currently costs $159. According to Native Instruments the M32 will retail for $129. As far as we can tell the M32 has the same hardware functionality as the other series, but will likely ship with less instrument expansions. And, if you integrate a Sounds.com membership, you probably won’t miss them.

Native Instruments will also bring two new audio interfaces to market. The Komplete Audio 1 and 2 are a couple of gorgeous devices that ship with a plethora of sounds packs. We don’t know a whole lot about them yet, but they look beautiful and should complete the package for singer/songwriters, producers working with instruments, or beat-makers who want to collaborate with vocalists to make music on-the-go. Both interfaces will be available in March. 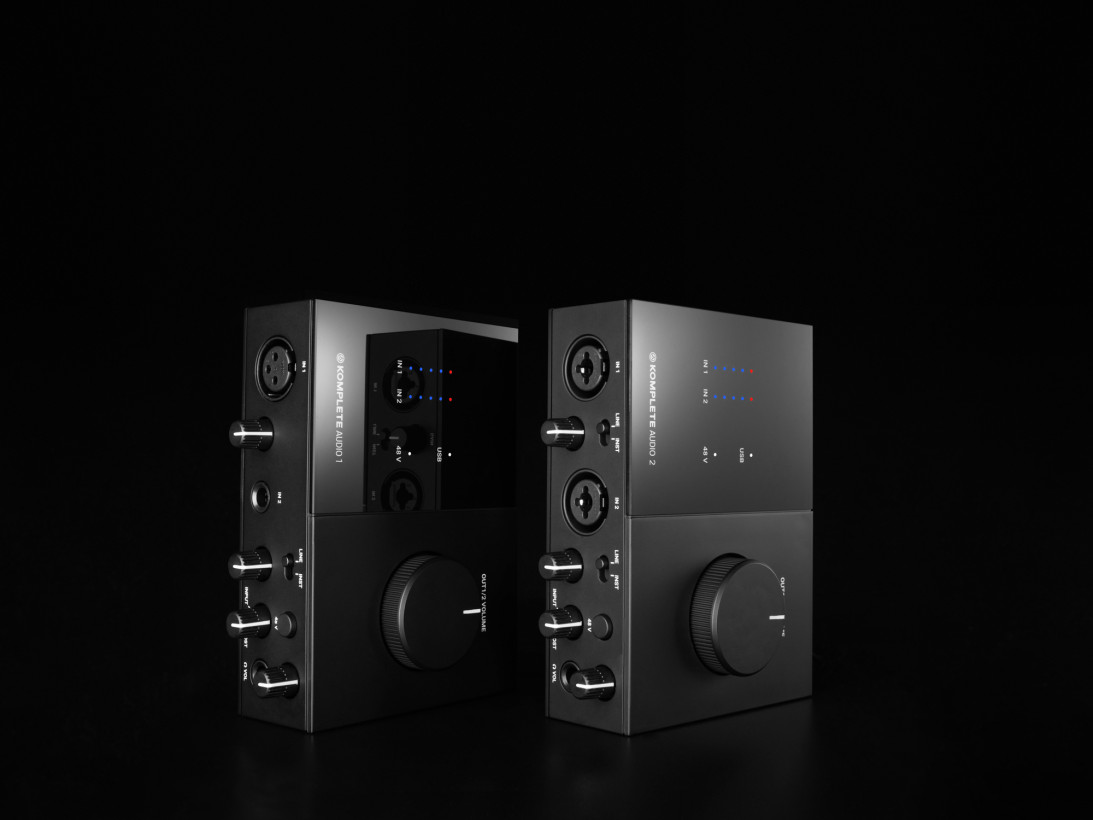 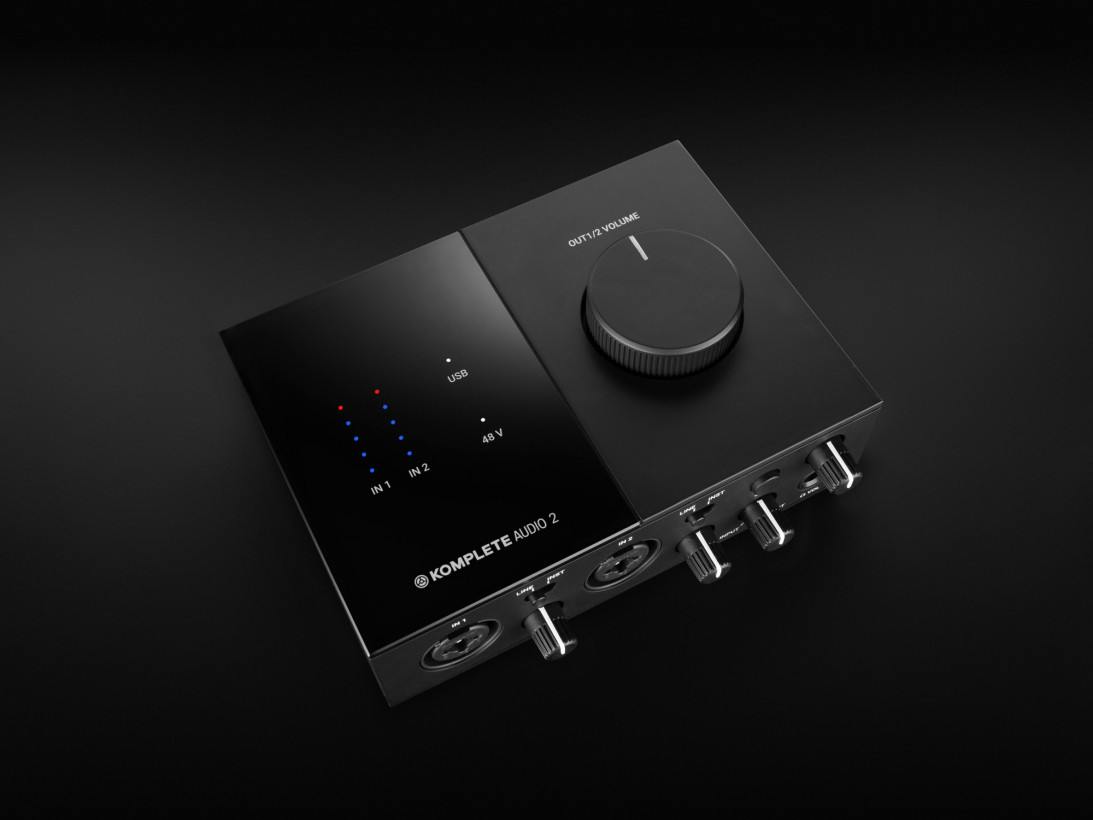 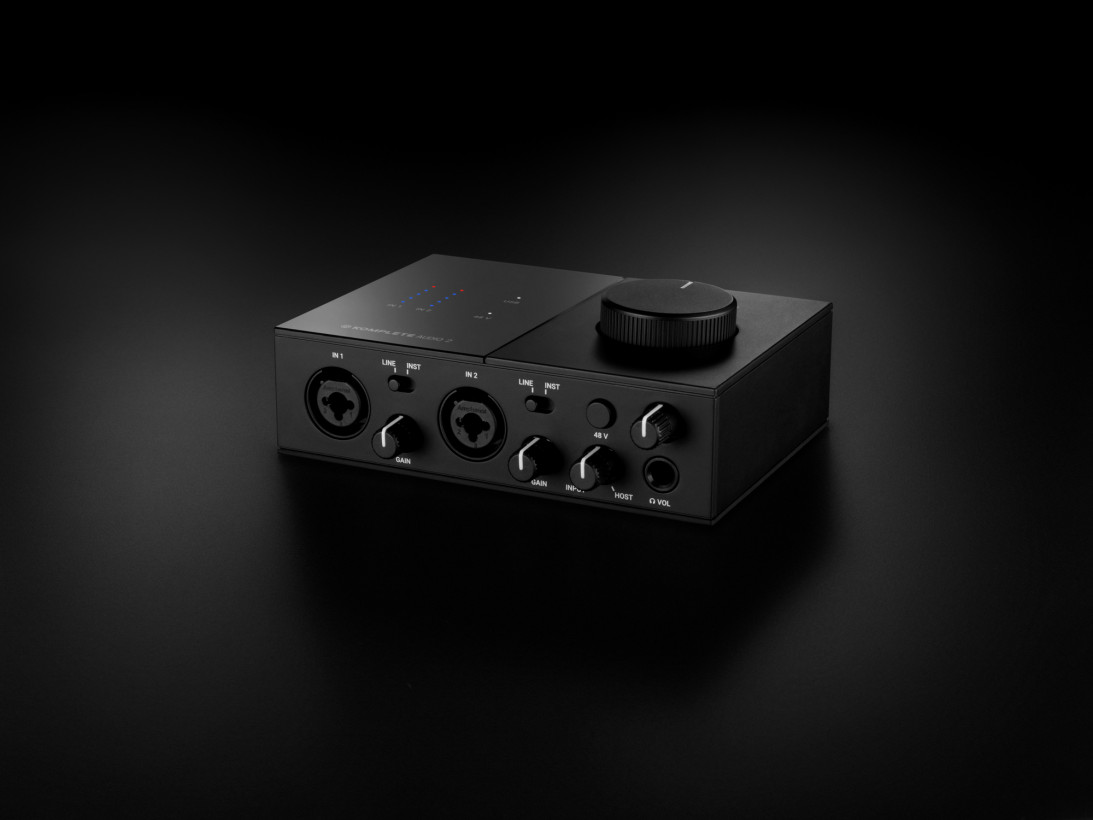 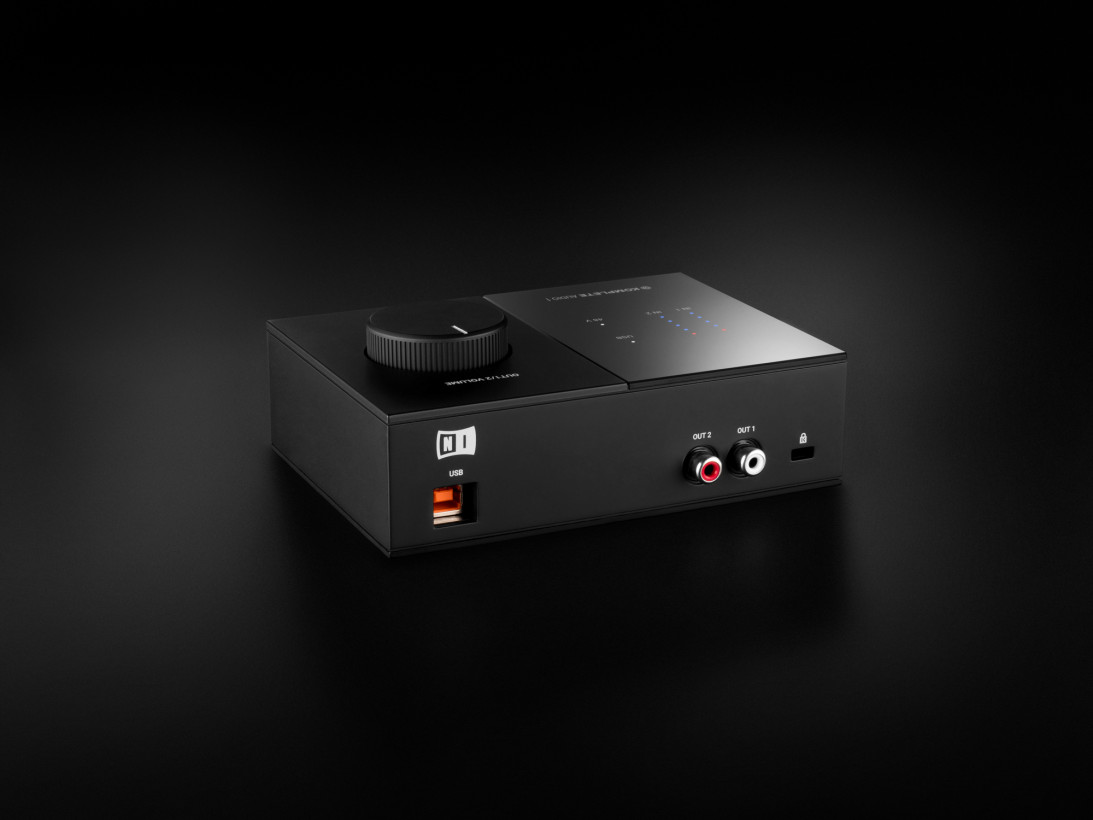 Every piece of hardware Native Instruments makes comes with software packages that connect it to everything else the company makes. With NKS, Sounds.com, Native Instruments hardware, and an iPad or laptop you can make music on a bus, at the park, or in between classes in your school’s hallways.

Five years ago, anyone who wanted to produce or DJ music outside of the studio or a venue had to come up with creative cobbled-together solutions (or spend a lot of money). Now nomadic producers can make studio-quality tracks on a park bench. We’ve come a long way.