Tucked under the belly of the buggy, a helicopter named Ingenuity had hitched a ride to the red planet. Its mission: to complete the first powered flight on another world.

Immediately after landing, NASA began searching for an airfield for the chopper. The area needed to be flat, lacking obstacles, and situated within a larger flight zone.

Officials back on Earth scoured images from satellites and photos taken by Perseverance for a suitable spot.

“We began to realize that we might just have a really great airfield right in front of our noses,” said Håvard Grip, Ingenuity’s chief pilot, at a press conference on Tuesday.

They pinpointed a 10 by 10-meter area just north of where Perseverance landed in the Jezero Crater, which scientists believe was once flooded with water and home to an ancient river delta.

Once the rover started driving, the team began gathering more images from its navigation cameras to measure every rock and pebble on the terrain.

They’ve also been forecasting the weather on Mars to predict when Ingenuity can safely take-off.

They estimate that the first flight will take place no earlier than April 8, although that could move a few days in either direction. The helicopter will get a total of 30 Martian days (31 Earth days) for its test flight campaign.

On the first flight, Ingenuity will climb to an altitude of three meters, hover for about 30 seconds, make a turn, and then descend back to the surface. If that trip is successful, the team will attempt further voyages of greater distances and altitudes.

The helicopter can snap about 30 photos per second. The images will be analyzed alongside sensor measurements to make tiny adjustments that keep Ingenuity on its trajectory and safe from disturbances such as winds.

Video and photos will be taken every step of the way, but it will take a while for them to get back to Earth. NASA expects to have the first images within a couple of days of the first flight.

Perseverance is already driving to the deployment area. When it arrives within the next couple of days, it will gradually drop Ingenuity to the ground, before driving away to a look-out point, leaving the helicopter to collect solar power for its batteries.

It will need to keep warm through the intensely cold Martian nights, which can reach temperatures of minus 130 degrees Fahrenheit (minus 90 degrees Celsius). NASA’s models suggest that the batteries will last just 25 hours without getting sunlight on the helicopters’ solar panels.

“While getting deployed to the surface will be a big challenge, surviving that first night on Mars alone, without the rover protecting it and keeping it powered, will be an even bigger one,” said Bob Balaram, Ingenuity’s chief engineer.

The next challenge will be the take-off. The surface gravity on Mars is only about 38% of Earth’s, but its atmosphere is just 1% as thick, which makes it hard to generate lift. Ingenuity only weighs 1.8 kilograms, but NASA’s wind tunnel tests suggest it will have enough power to fly.

Once it’s in the air, the helicopter will provide a new perspective on the red planet’s geology. But its primary objective is testing the potential of flying on other worlds.

“If we can scout and scientifically survey Mars from the air, with its thin atmosphere, we can certainly do the same in a number of other destinations across the solar system, like Titan or Venus,” said Balaram.

Flights would also broaden the scope of what’s possible on Mars. In the future, they may even help astronauts explore the red planet. 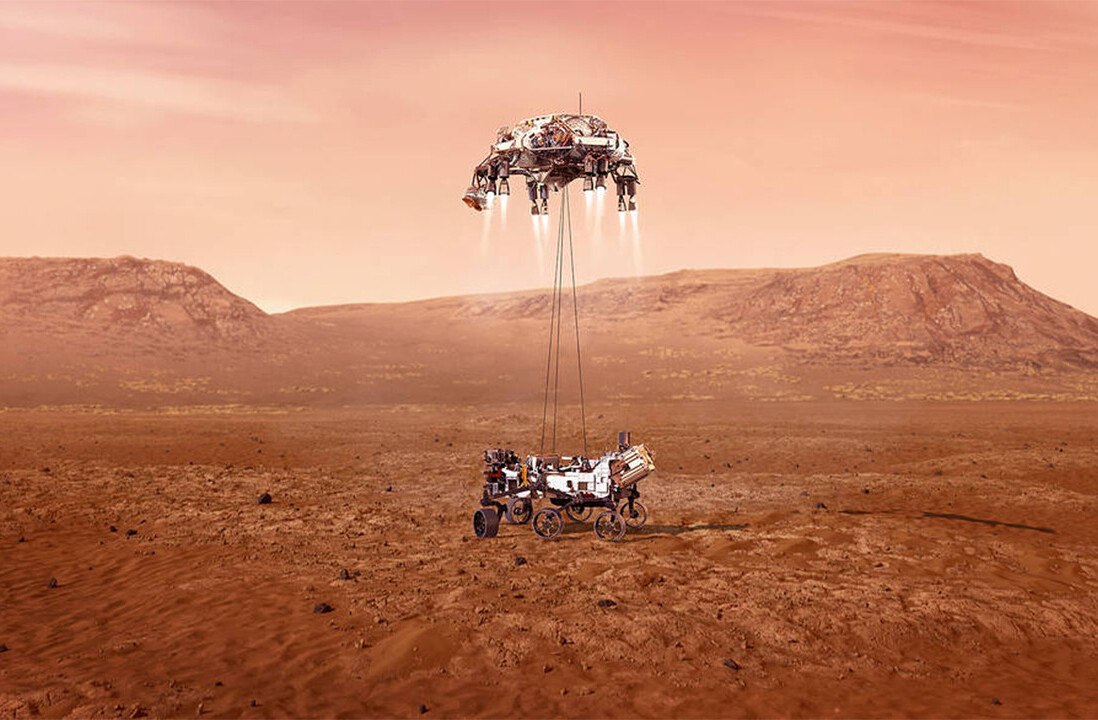