NASA’s Perseverance rover has captured a mysterious high-pitched scratching noise on the surface of Mars.

The sounds were recorded as the rover drove along the Jezero Crater, an area that scientists believe was once flooded with water and home to an ancient river delta.

🔊 Hear that? That’s the sound of me driving over Martian rocks. This is the first time we’ve captured sounds while driving on Mars.

In the clip, you can also hear a discordant mix of bangs, pings, and rattles, as Perservance’s six wheels roll over the rocky Martian terrain.

“If I heard these sounds driving my car, I’d pull over and call for a tow,” said NASA engineer Dave Gruel. “But if you take a minute to consider what you’re hearing and where it was recorded, it makes perfect sense.”

The cause of the peculiar screech, however, remains unknown.

Perseverance’s engineers suspect it was triggered by electromagnetic interference from the rover’s electronics boxes or interactions between the mobility system and the Martian terrain. The team says they’ll continue investigating the cause.

The first version includes over 16 minutes of raw, unfiltered noises, generated by the rover’s wheels and suspension rolling along the surface, as well as the high-pitched scratching.

The second clip is a 90-second compilation of sounds from the journey, which were processed and edited for clarity.

They were recorded by Perseverance’s entry, descent, and landing (EDL) microphone during a 90-foot drive on March 7.

The off-the-shelf mic was added to the rover to let the public hear the sounds of its February 18 touchdown, but it remains operational today.

A second microphone installed on Perseverance’s SuperCam instrument has also been sending sent sounds back to Earth.

They include recordings of the Martian wind sighing and a rapid ticking noise produced by the Supercam’s laser zapping rocks to understand their structure. Scientists will use the data to search for signs of microscopic life.

You can listen to all the recordings here. Let us know if you hear any signs of alien life. 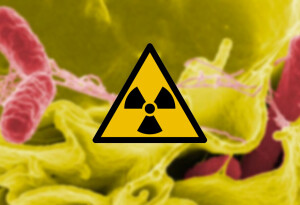