Calorie counter service MyFitnessPal has announced an integration with Adidas that will add support for data syncing from the miCoach platform.

With the integration, you’ll now be able to automatically import data from miCoach devices, which include smartwatches and heart rate monitors. Since miCoach tracks the calories you burn in your workout, you can match that up with the calories you’re consuming to see how you’re doing with your weight loss goals.

The combination of MyFitnessPal and miCoach plays to each respective product’s strengths. while MyFitnessPal offers exercise journal features, it has always been best for logging what you eat. miCoach, on the other hand, is tailor-made for coaching you through and measuring your workouts. The two companies plan to work beyond this initial integration to find deeper ways to sync their platforms. 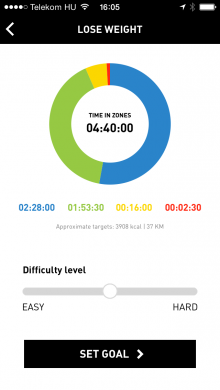 MyFitnessPal boasts over 65 million users, and for good reason. CEO Mike Lee said in an interview that 88 percent of users that track their calories for seven days succeed at losing weight. The firm estimates it has helped users lose almost 200 million pounds in aggregate over the past nine years.

In addition to Adidas, MyFitnessPal has over 50 API partners, including Strava, Garmin, Runkeeper and MapMyFitness.