This article was published on November 5, 2014

Firefox OS, Mozilla’s open-source mobile operating system, is continuing its rollout to new territories with the news that Africa is next on the radar. 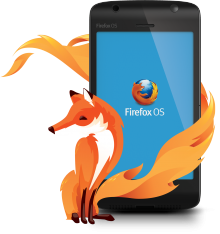 Firefox OS adopts open standards, focusing on things like HTML5 apps and open Web APIs, and first entered the market via South America in 2013 with a couple of manufacturers.

It’s been slowly arriving in new markets over the past year, and is now available in 25 markets across Europe, Latin America, Asia and Australia. It was only a matter of time before Africa was added to the mix.

Mozilla has reeled in local networks Airtel, MTN South Africa and Tigo, though it hasn’t given any timescale for the launch beyond “soon.”