UPDATE: Microsoft has told The Register that it won’t be taking full control of Skype, but is instead seeking another partner. Skype’s APAC director of communications, Judd Harcombe, says that details of a new joint venture will hopefully be revealed soon. He also clarified that TOM overstated the number of Skype users in China, and there are no country-specific figures available.

Microsoft officially acquired Skype in 2011, but in China, Skype is still being run by TOM Online — part of Tom Group — a mobile Internet company in the country. Skype describes TOM as a majority joint venture partner that helps to provide access to Skype for Chinese customers, “using a modified version that follows Chinese regulations, called TOM-Skype.”

However, that is set to end soon as Microsoft is taking over Skype’s operations in China, according to an announcement on TOM-Skype’s website, as spotted by Techweb. TOM will be handing over the reins of Skype to Microsoft on November 24.

In the announcement, it was also revealed that Skype has currently surpassed 100 million users in China. It is little wonder why Microsoft is keen to take over Skype’s operations, considering that this means a huge potential market for the US firm to tap into.

When Skype turned 10 earlier this year, it announced that the service has helped connect more than 300 million people around the world, letting them talk for more than 1.4 trillion minutes (2.6 million years of conversations). It’s not clear if the 300 million figure refers to registered users, but China’s users stand at one-third of the number of people Skype has ever connected — a very impressive statistic indeed.

Given the growing usage of messaging apps in China including WeChat, China Telecom’s Yixin and Alibaba’s Laiwang, it is an opportune time for Microsoft to take control of Skype and step up engagement with its users so it can eventually promote its ecosystem of products to them. 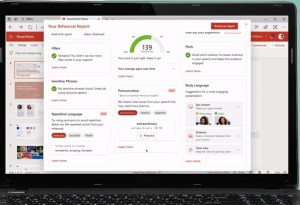