This article was published on February 11, 2012

The small city of Newry isn’t the kind of place you’d expect to find a thriving startup hub with a global profile, but that’s exactly what it could become if one highly ambitious woman and her team have their way.

Newry is in Northern Ireland; part of the UK, on the border with the Republic of Ireland. Its location made it a flashpoint during the Troubles – the conflict between the Catholic and Protestant communities in the country between the 1960s and 1998. While those days are largely behind it, the region still faces considerable challenges, not least rising youth unemployment and a strong reliance on public funding. However, there’s hope in the form of Emerald Valley, a new initiative launched in the city which has big plans to turn Newry around.

Emerald Valley is, in essence, an incubator. It offers startups a place to work closely with others, helps them find the right support and focuses on “nurturing, encouraging and growing the entrepreneurs of tomorrow.” With seven startups now at home in the facility, it’s already heading towards full capacity.

The startups include a mix of local companies and some from Silicon Valley that have set up a base there; but why Newry? It’s hardly the hive of tech activity you’ll find an hour’s drive down the road in Dublin, where companies like Google, Facebook and Twitter have presences.

Paul Graham (not Mr Y Combinator) of location-based commerce startup Phlok says that Dublin has largely priced itself out of the startup market thanks to the large salaries that the Internet giants there can pay. Graham has based himself at Emerald Valley to harness the talent in the nearby technology college, in addition to the support that the incubator offers.

Aaron Gibson of Yumpod is a born entrepreneur, who got the bug when he renovated a bike and sold it at a profit at the age of 8. He hasn’t been tempted to take his company to Dublin, London or elsewhere as he has faith in Newry’s trajectory. “I don’t think there’s much point of moving out of somewhere that’s starting to grow so rapidly. It’s better staying here when you know it’s going to be so big in the future.”

Meanwhile, early-stage Silicon Valley startups Kallsafe and Awayonbiz relocated to Newry not only for the proximity of Dublin but the beauty of the area. Its tree-lined hills and historic river (where Saint Patrick is said to have planted a Yew tree) ooze Irish charm that is irresistible to many Americans.

The woman with the vision 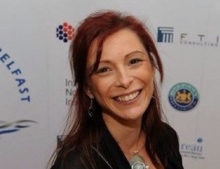 Emerald Valley was founded by Nichola Bates, who had a vision to build a tech community in Newry, which is already home to First Derivatives, a successful, publicly traded company that serves the capital markets industry around the world. Newry also benefits from being well-connected to the Internet via fast fibre optic cable connections that run through the city and being situated between Dublin and the Northern Ireland capital, Belfast.

Bates moved to Newry from Belfast and was surprised to find a lack of any technology community, despite First Derivatives employing 250 developers in the city. In an attempt to develop a more active scene, she organised Bizcamp Newry, which featured talks from figures in the worlds of business, entrepreneurship and digital media. “People said no-one would come to Newry and that it would be a flop, but we had over 100 people on our first time so it was clear that there was something there, and that’s where it started.”

For the past two years, Bates has been investigating how to build an ecosystem in Newry that can take advantage of its proximity to Dublin but offer the benefits of being based in the UK, such as tax credits for research and development, and a startup visa that allows companies to relocate to easily the country. One of the key things that was missing was a central location to serve as a focal point for the city’s technology scene, and with private investment from American investor Eve Earley, Emerald Valley officially opened its doors last month.

Bates says that the word ‘Incubator’ is over-used and under-delivered upon, but she wants Emerald Valley to be different. For example, she meets with each startup each month to review their progress and identify where they’re not pushing themselves hard enough. Emerald Valley aims to be a place where startups can develop, and learn the skills they need to be successful.

Turning the city around 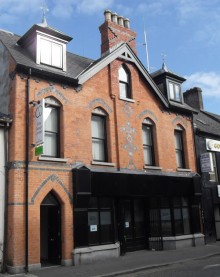 Now that Emerald Valley is full, what next? “Now it’s a case of knuckling down and making the startups that we have really successful. Our focus over the next twelve months is getting out there to the world and taking our startups by the hand and saying ‘Come on guys, we need people to know that you’re here.’ We need to start raising them significant amounts of money to grow them, so that we can fill our building, fill the next building, build a city. It’s a huge plan.”

Emerald Valley has room for four more startups in its current premises, and its next step involves a 500,000 square foot property on a local industrial estate.

Bates’ ambition extends way beyond attracting a few startups to Newry – she wants to help turn the town around. “It’s a wee bit mad but I don’t think it’s totally insane,” she says. Emerald Valley wants to engage with deprived parts of the community to show them that entrepreneurship is an accessible, achievable goal.

The building will host CoderDojo coding classes for young people, to introduce them to the idea of building software and Web products. Meanwhile, building successful, high-growth companies in the city will have a wider positive economic effect.

Bates is resolute that Emerald Valley should be a completely private enterprise with no public money involved. She says that this is something that has been met with resistance from the public sector, which feels that it should be funding such projects.

“What happens in Northern Ireland is that the minute you take the (public funding) soup, they own you and the focus completely changes.” Bates describes public funding as ‘welfare for the middle class’, and says that companies can become addicted to it, and constrained by the conditions it imposes.

“A number of the public sector organisations around us are very uncomfortable and feel that we’re in competition with them. But I’m free – there’s no handcuffs on me, there’s no muzzle. I can say exactly what needs to be said without anybody saying ‘Well, we’ll just pull your funding.’ What I offer is entirely a commercial model.”

Keep an eye on Newry

While Newry is still a long way from being one of Europe’s key startup hubs, in Nichola Bates it has a figurehead with the guts and drive to make it happen. Bates admits that the coming year is crucial in proving that her vision can yield solid results, and  we’ll definitely be keeping an eye on Emerald Valley’s progress in 2012.