When Web 1.0 became Web 2.0 we lost something. That self-curated connection that was enabled heavily by forums and chat rooms seems to have gone away, replaced instead by automatically-curated experiences. But if Mathew Ranauro and the Meeps team are correct, people still want to have conversations around topics and they’ll do it inside of Meeps.

“Really it’s just about creating a social experience. A lot of apps miss that. Highlight, Sonar and those kinds are onto something, but it’s not natural. Conversation is social and people love to do it. So we’re wrapping conversation around interests and people love that interaction.”

Loading up the app, you’ll see a setup that is similar to many apps, yet strikingly different. Meeps does a great job of bringing together images and text, so that you have visual representations that can strike up conversations just as much as the words that are being used. 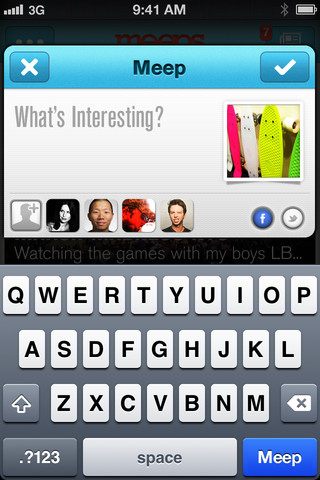 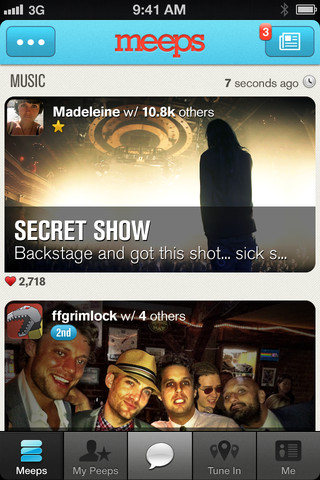 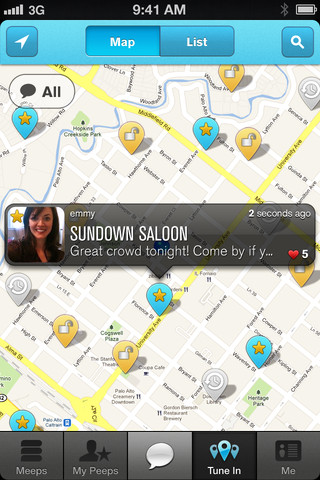 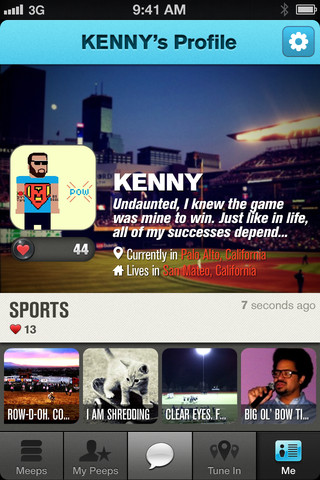 That multi-sensory appeal is no accident. Ranauro has a background in advertising, working with firms stuck as Boulder’s Crispin Porter + Bogusky. He’s an alum of New York’s prestigious Parsons School of Design, but he says that he always tended to come back to coding, following in the footsteps of his father.

There’s a somewhat new school of thought that says that your designers should know how to code, so that the balance can be found more easily. Ranauro and his team are well aware of the necessity for good design to be backed up by solid code, and the iOS app is evidence of this methodology.

So if people are tending toward Twitter and Facebook for conversation, how do you offer something more? According to Ranauro the answer is to focus on what Meeps does best, and that is being both “ephemeral and temporary”.

“The topics change a lot and that creates a different dynamic. It’s not about who you know, but rather what’s going on in your world.”

After a productive SxSW, the Meeps team was pleasantly surprised to find itself featured in Apple’s App Store. Unfortunately that newfound popularity also put the team into scramble mode as the team is seeing their signups double almost daily. Ranauro tells me that they’re nose-down right now, hoping to push a 1.5 version of the app sometime in the very near future.

Operating only on a “little bit” of Angel money, the team is hoping to keep itself afloat by raising a seed round. Monetization will be handled via in-app purchases, as well as strategic partnerships with brands based on keywords that drive discussions.

Want to see what all the fuss is about? Meeps is available for the iPhone and iPod touch, and best of all, it’s free. So get downloading and let us know your thoughts in the comments.

➤ Meeps, via the App Store