Google has planned to bring Material Design to Chrome for more than a year, but efforts to bring the design language to the browser have recently started accelerating.

According to a recently filed request on Google Code, it’s expected the first Material Design tweaks will appear in Chrome OS starting with version 50.

We’re able to get a look at the changes today, which are hidden behind a number of special flags as they’re unfinished, but almost complete.

The changes are fairly minimal at first glance, but the browser now uses square edges on tabs rather than rounded ones and ditches the ‘hamburger’ menu for three dots instead. The buttons animate when clicked using small explosions from under your mouse.

It also redesigns the infobars, security icon and bookmark buttons.

A design specification from Google Code also shows a preview of the new all-black incognito mode that’s part of the redesign but may change as it’s implemented.

Another design specification shows a preview of an updated media player planned for Chrome OS and implemented today.

A number of smaller changes are littered around the browser, such as improved scrolling bars, tweaked buttons, new icons and more.

There’s a number of other pages individually being redesigned by the Chrome team, including Downloads, Extensions, Settings and History. These have already made their way into the browser on Windows and Chrome OS, hidden behind individual flags. 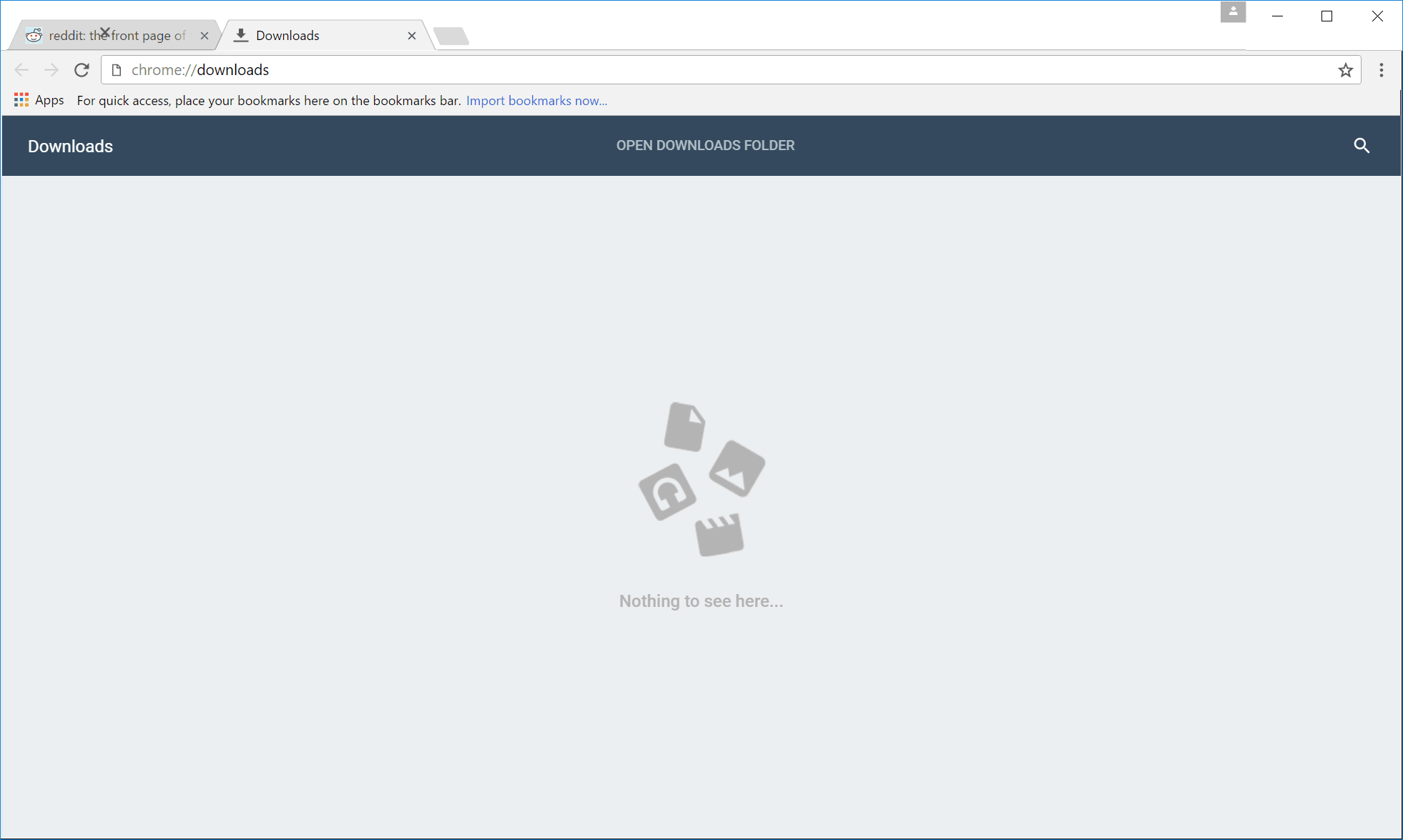 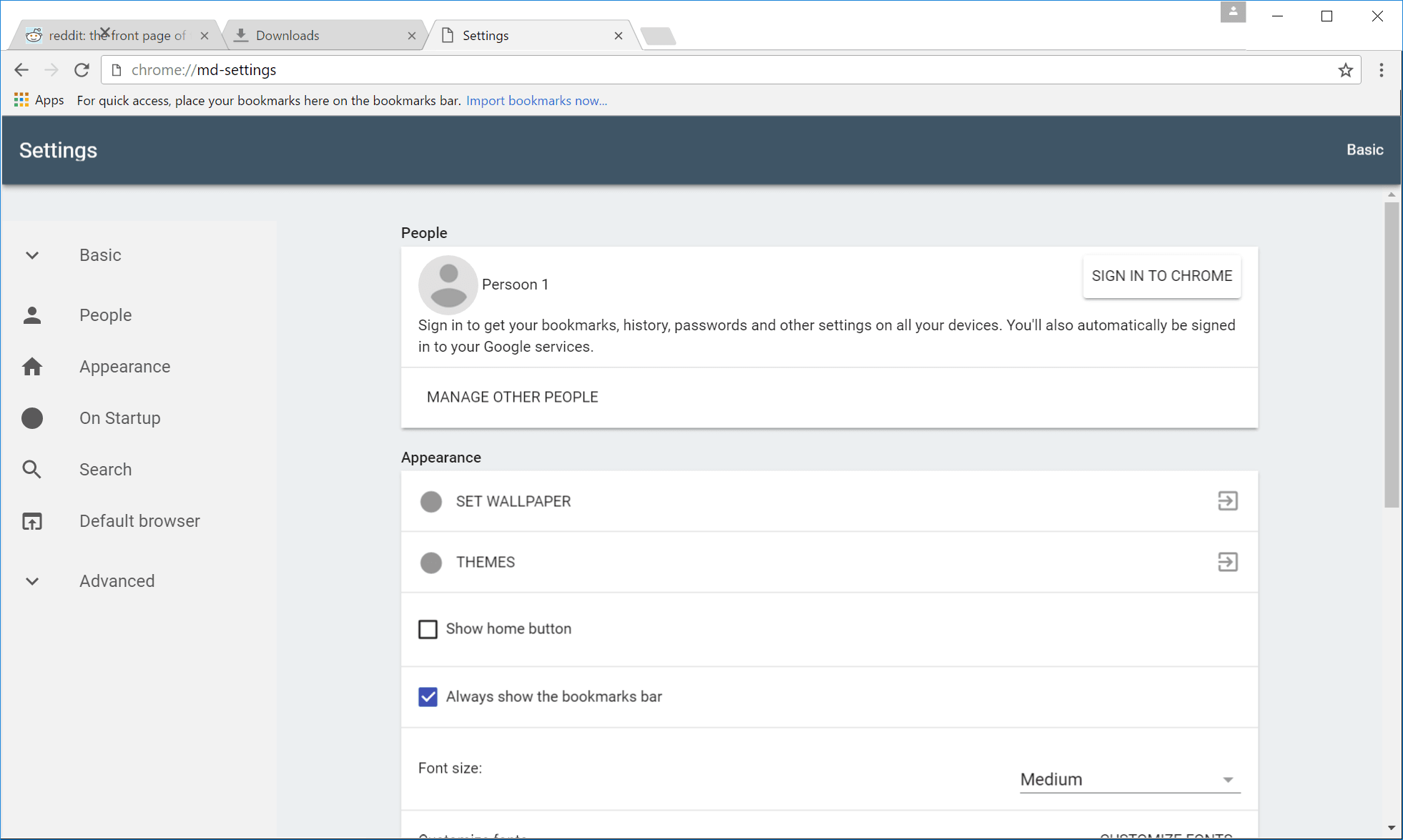 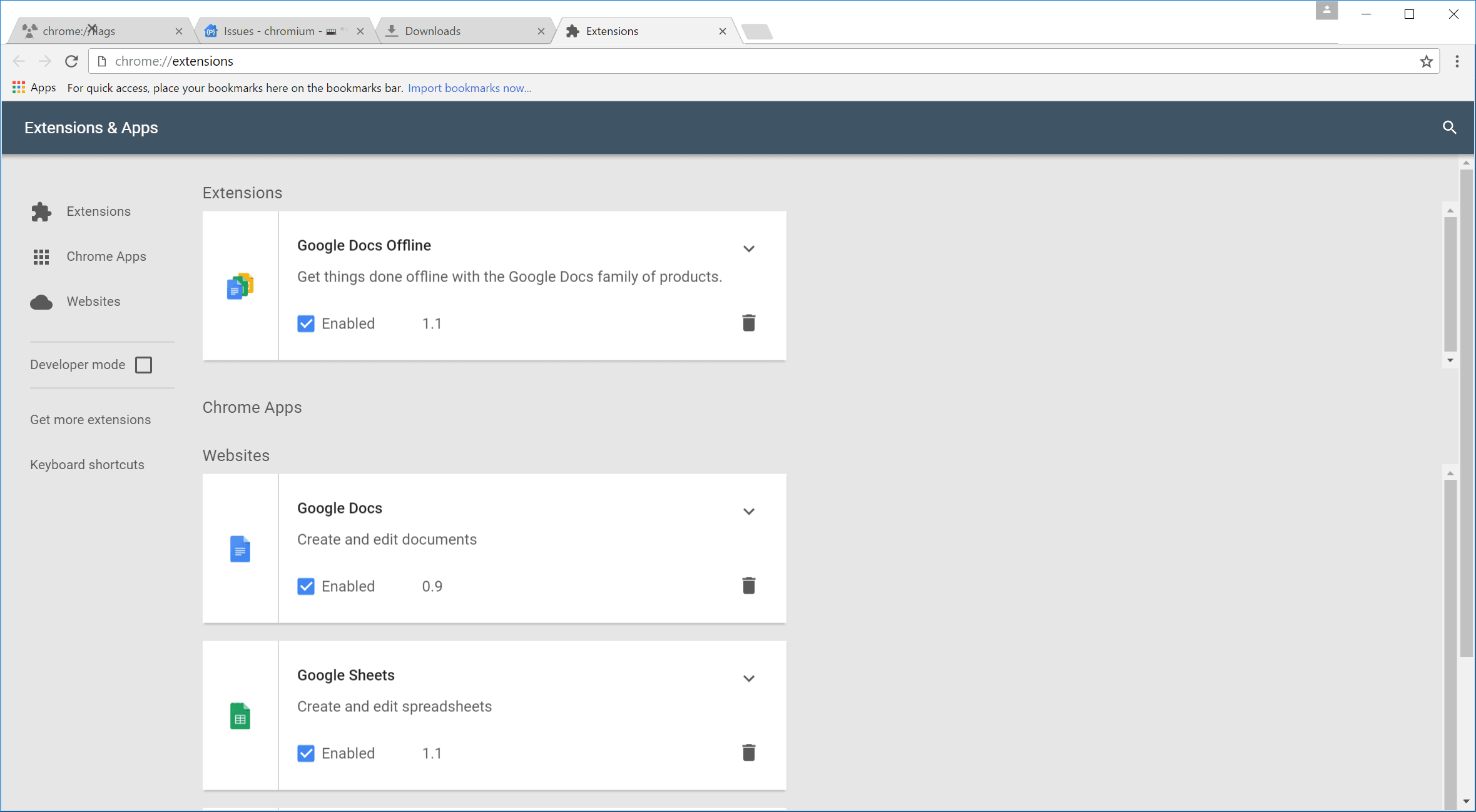 Many of these changes are still at an early implementation phase, such as the Settings page, so aren’t fully working yet.

Material Design changes to the top bar work for both PC and Chrome OS, but enabling them on OS X does nothing right now. That said, almost every browser element has an issue open to upgrade its design, many of which have been active as of late 2015.

If you want to try some of the tweaks in your browser, many of these options are available for testing right now — head over to this post to find out all the options you can enable while you wait.