Mark Earls wrote a book titled ‘Herd: How to change mass behavior by harnessing our true nature.’ So the first thing he did when he was announced today at The Next Web Conference 2010, was to ask the crowd to demonstrate that they are indeed a herd.

What better way to demonstrate that with a ‘wave’. And yes, they ALL did it. 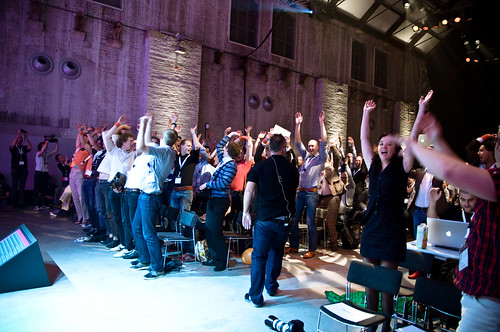 Then Earls entered the stage and did his presentation. What followed was a energetic rollercoaster of a presentation with numerous annecdotes and lots of theoretical evidence of what we demonstarted in the beginning of his talk. Yes, we are a herd. 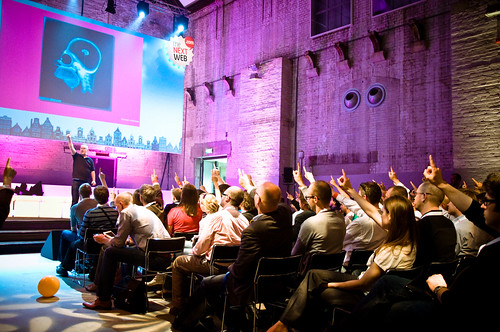 Second, Earls believes that copying (not originality) rules – or another way of saying it is that we learn socially. For example, he said that humanity didn’t go around during the end of the Stone Age and say, “you know what, I’ve tried the stone and the bronze and I like the bronze better” – instead, people simply copied what others were doing, and that holds true to the present.

Finally, Earls said that humanity cannot fight the tides of the “social soup”, instead we have to just go with the flow and let the tides carry us to where we’re going.