Drone owners are a dedicated bunch of hobbyists, and clearly have no issue spending quite a bit on their aircraft. Though it’s a touch on the expensive side, the Manfrotto D1 Drone Backpack is probably an accessory every drone owner should have.

The D1 was designed for the DJI Phantom, but can fit any similarly sized drone. Its main compartment holds the drone, while a top pouch houses your remote. Another compartment further up is meant for a DSLR camera, but the compartments can be used as you see fit.

Around back, it has a sleeve for your laptop and tablet, should you need them in the field.

Inside, there are several dividers and compartments that are modular, so your drone gets a snug fit (because who wants their drone bouncing around?). If you’re filing your escapades, there’s even an external tripod mount for toting one around.

For those in wetter climates (like me), the D1 has a foldout rain protector. I can’t say I’d want to fly in the rain, but it may be handy if you didn’t see those clouds creeping in. 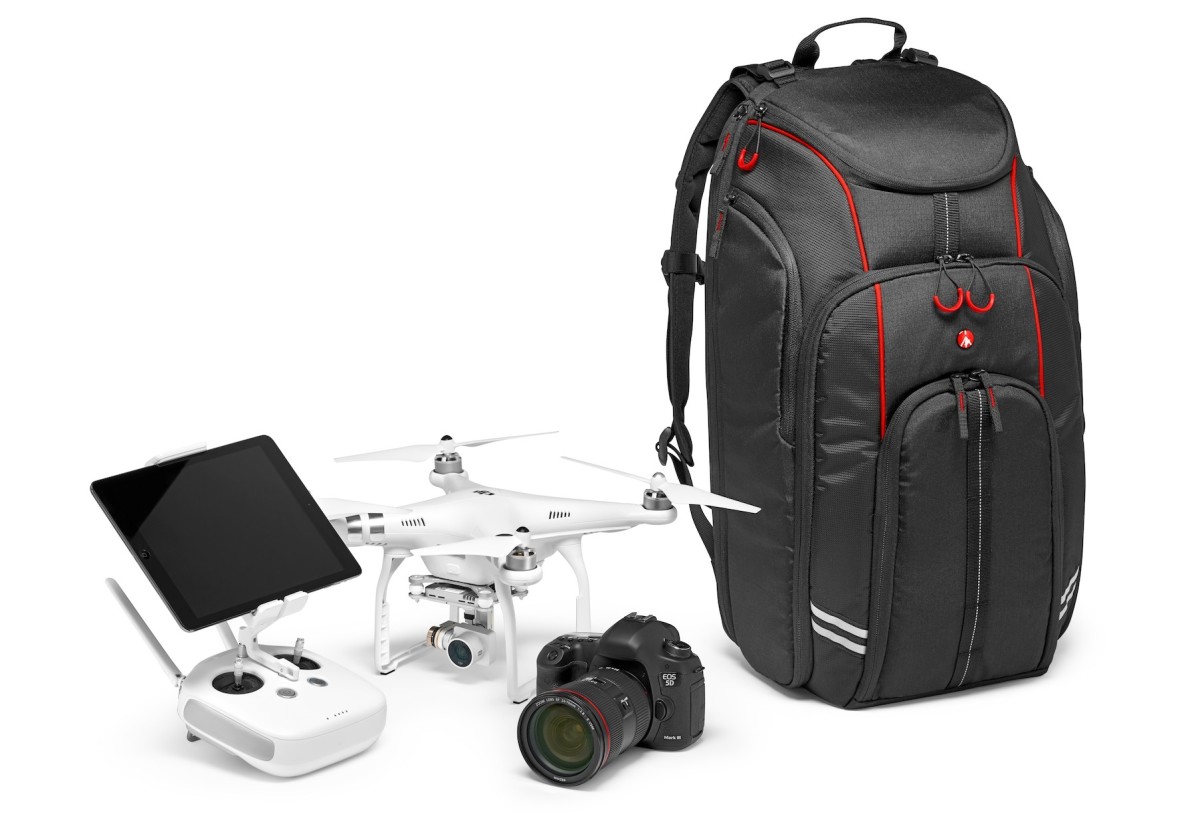 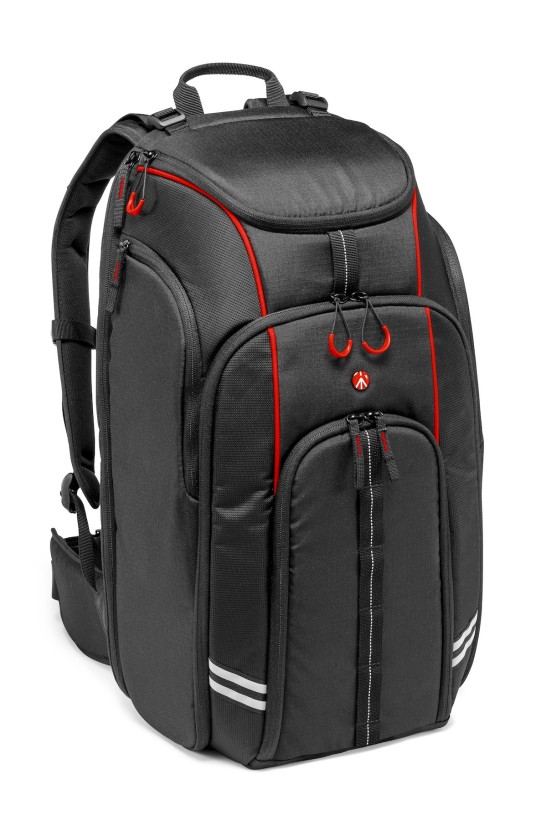 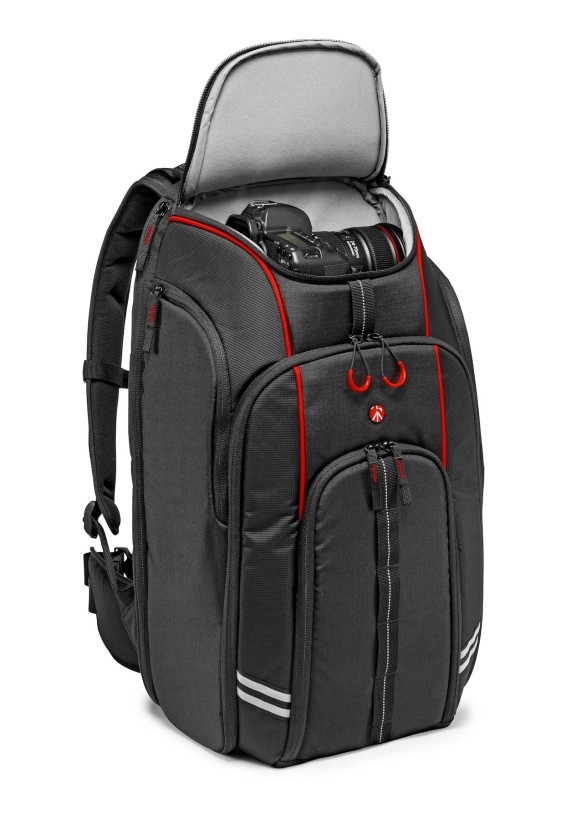 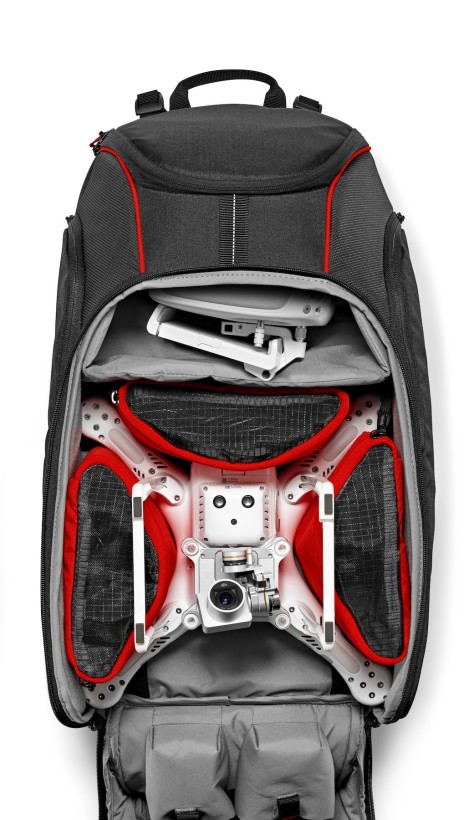 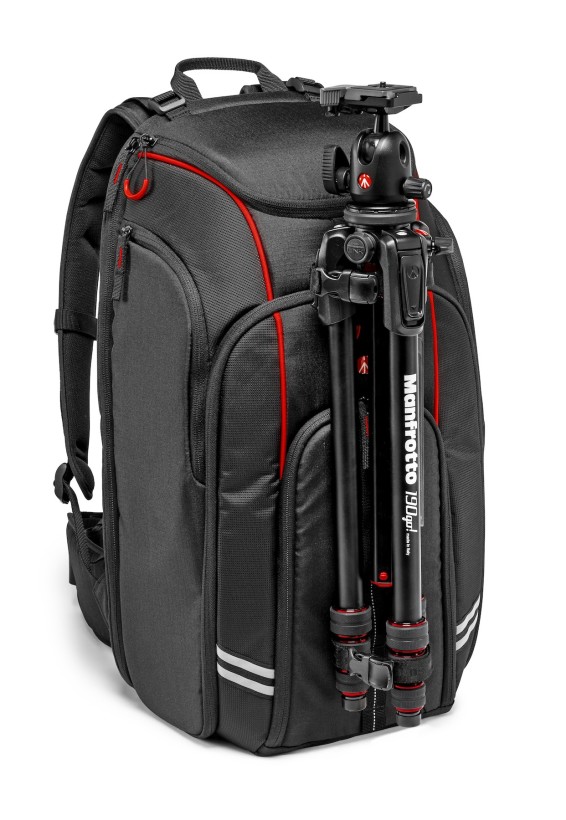 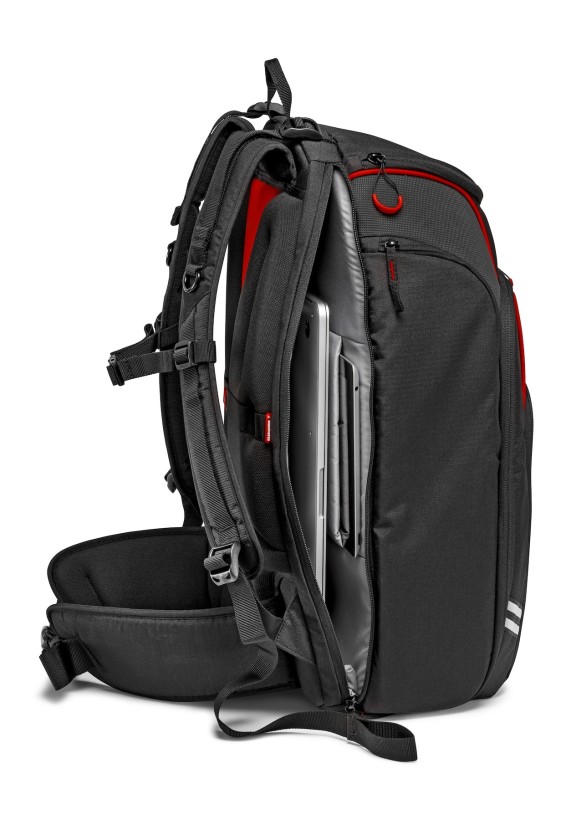 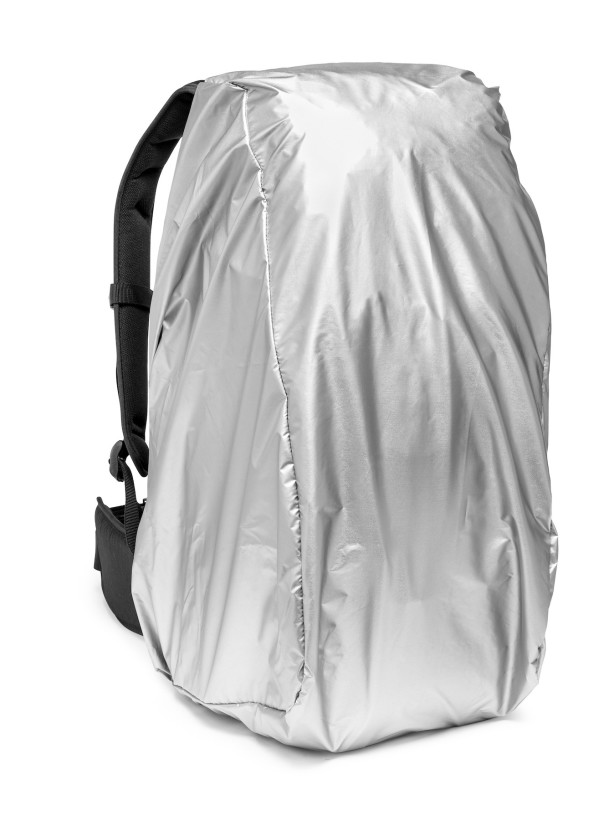 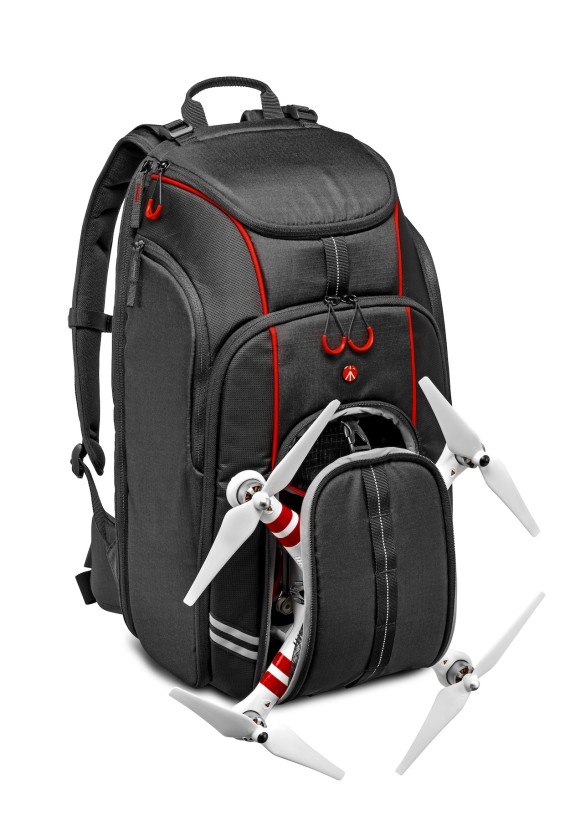 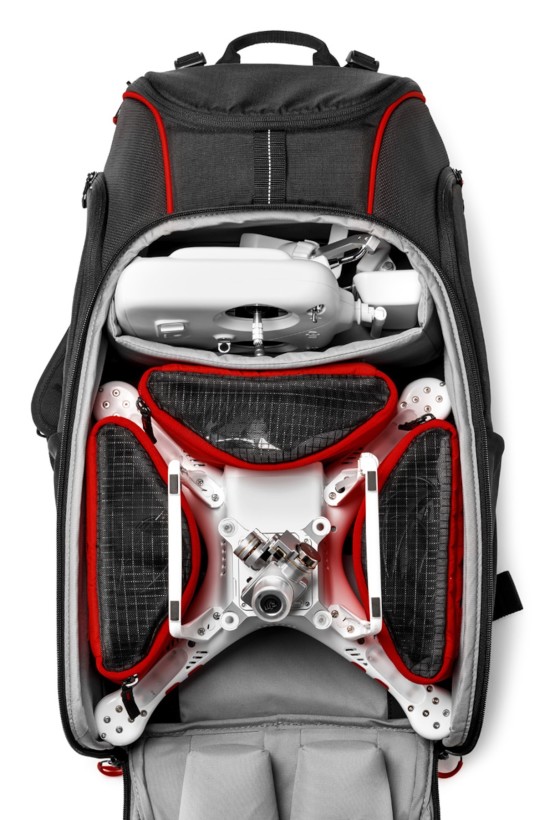 In use, I found the D1 to be subtly awesome. While I typically drive to open areas to fly my drone, it comes in handy for longer walks. It’s also great for trips, and a nice place to store extra goodies like batteries.

Probably the coolest feature is that the D1 can hold your drone with the propellers on. Though it’s designed for a quick tear-down when you’re not flying, it can accommodate a drone with the propellers attached via a front pass-through, which is great if you just want to move to a new location (or are asked not to fly where you’re at and want to make a quick getaway).

It’s not a hard case, but I can’t say it’s any less protective in normal circumstances. Similarly priced hard cases seem to aim for a smaller footprint, which leaves less padding. Manfrotto has made a name for itself protecting delicate equipment, too, which puts the mind at ease.

At $199, the D1 is asking a lot. Considering your drone may have cost upwards of $1,500, though, it’s one of those ‘better safe than sorry’ scenarios.

I also like the D1 because it looks less like I’m porting something expensive and precious. To the layperson, it just looks like any other bag.

If you’re a drone owner, I’d suggest you take a look at the D1; it hits all the right notes. You can pick one up from Manfrotto, or have in in two days via Amazon Prime.