Manchester City Football club has never been afraid to push digital boundaries to engage its fans. Today the club has announced a partnership with the location-based social network Foursquare.

City supporters can now check into Foursquare at the Etihad Stadium, City Square, City Stores and official Heart of the City venues to take advantage of special Club offers on merchandise, food and drink.

As you might expect, users can also share photos, tips and lists with fellow fans on where best to catch City in action on televised away-days. 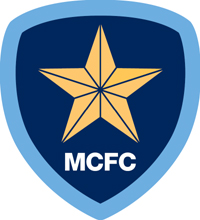 The club has already set up arrangements with YouTube, Facebook and Twitter to offer fans a rounded service online. It’s a great way to reward loyalty in the places where people gather naturally.

City’s Foursquare page has already attracted over 16,000 followers, a strong presence that reflects the fact that the club has a pre-formed audience just waiting to take part in new ways to engage.

“Innovating with digital media has been a huge focus for us over the last year. We’re constantly striving to build more meaningful and rewarding relationships with fans, wherever they are in the world, and this deal is a fantastic addition to the City services. Foursquare’s a great company to work with and we’re delighted to be the first in football to offer our fans this service.”

Manchester City and its fans are already celebrating its Premier League title, but of course the more important question now has to be, who will be its Mayor on Foursquare?