Whether you’re a fan of Madonna or not, as a The Next Web reader you ought to be interested in how the artist and her management are banking on the Web to promote and sell her new, twelfth studio album, named ‘MDNA’.

The Wall Street Journal this morning reported on Madonna’s use of social networking services Facebook and Twitter to push the new album.

Not mentioned but noteworthy is the fact that Fab.com, a startup that’s not even a year old, will be one of the few places on the Web where the album will be up for sale, alongside the usual, huge suspects such as Amazon and iTunes.

Available only to its U.S. members, Fab will be featuring a special offer today, selling the deluxe edition of ‘MDNA’ at $7.99 compared to $14.99 at retail.

That’s nearly half the price, so not a bad deal at all. Says Fab:

“General fandom aside, this a huge honor for us. From Keith Haring to Andy Warhol to Gaultier- there’s no question that Madonna appreciates great design and has made a lasting impression on the design community.” 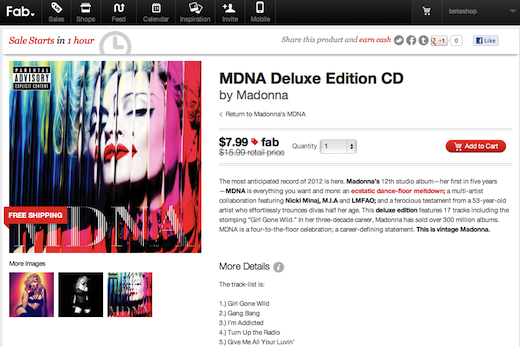 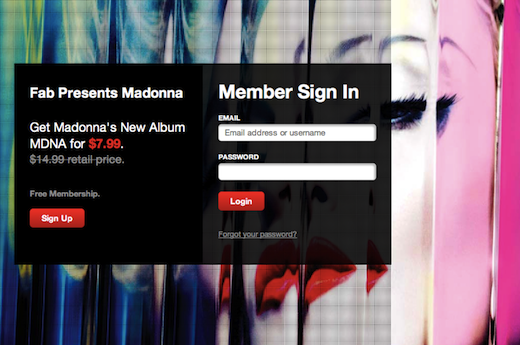