The London Web Summit is a little over a week away, and The Next Web will be there at The Brewery venue in the UK capital on Friday March 1st to bring you news and interviews from the event.

It’s always better to be at this kind of event in person though, so as we’re an official media partner, here’s a preview of what you can expect. Get yourself a ticket and we’ll see you there. As you can see, there’s a lot happening.

1. Get the inside story of Europe’s biggest exits

Selling Autonomy to HP for $10.8 billion, Mike Lynch achieved one of the biggest and most controversial exits in European tech history. Now leading Invoke Capital, a $1 billion fund focused on the next generation of British tech successes, he’ll be telling his story and looking to the future.

A trio of similarly successful European entrepreneurs will also be taking to the stage later in the day to talk about the highs and lows of exits – Fabian Heilemann of Dailydeal.de which was acquired by Google, Tommy Ahlers who sold both Podio and ZYB for over $50 million and Wendy Tan White who steered Moonfruit to a $29 million acquisition.

Startups are at the forefront of London Web Summit. The organisers say that its second annual Startup Competition attracted hundreds of applications. These have been whittled down to a top 25, who will be pitching live at the event.

The final four will then progress to the final, taking to the main stage for a showdown. Last year’s winners, Seedrs, went on to raise a €1.5 million round straight after the Web Summit.

As well as the wealth of panels and interviews on the main stage, the afternoon will see workshops from industry experts offering practical advice on solving the challenges startups face. Microsoft, Salesforce, 99Designs, Eventbrite and Dyn will be among the organisations hosting sessions.

4. Hear from two of tech’s most influential women

Esther Dyson is one of the world’s most intriguing investors with a focus on healthcare, aerospace and Russia. She’ll be in conversation about her career, the future of space exploration and the current state of tech. Joanna Shields has been at the heart of European tech for over a decade in senior positions at Bebo, Facebook and Google and now as CEO of Tech City. As the face of East London’s startup hub, she’ll be reflecting on her first few months in the role and the capital’s future.

5. Find out what makes investors tick

As well as the many investors attending London Web Summit, Saul Klein of Index Ventures, David Tisch of BoxGroup and Eileen Burbidge of Passion Capital will be sharing their insights onstage. Between them the trio have been intimately involved with or invested in hundreds of firms including Skype, Lovefilm, Boxee, Fab and Mendeley.

6. Be inspired by the man who built WordPress

One of the most significant figures in the development of the modern web, WordPress co-founder Matt Mullenweg will be in conversation at London Web Summit. The driving force behind massively popular products like WordPress.com, Akismet and Gravatar as well as an investor in his own right, he has a unique perspective on the state of the industry and what it takes to execute on your ideas.

7. Learn from the Spotify story

Spotify is one of the biggest European success stories of recent years and Shak Khan has had a front row seat. As Head of Special Projects and a personal advisor to Spotify’s founder and CEO, Daniel Ek, he’s perfectly placed to share the lessons the team learned in going from startup to global player. Having also been Head of Special Projects at Path, Shak has been an insider at two of the world’s hottest startups.

8. Get a global perspective

While London and Europe will be in the spotlight, the Web Summit will have a global outlook with young entrepreneurs including Patrick Collison of Stripe and Alicia Navarro of Skimlinks sharing their experience of working internationally and hot US startups such as Waze taking to the stage.

9. Discover the secrets of the Internet’s meme machine

As the man behind Cheezburger Inc, the largest social humour network on the internet, Ben Huh knows what makes content compelling. He’ll be joining Dan Cobley, Managing Director for Google UK and Ireland, Mark Read, Director of Strategy at WPP and CEO of WPP Digital and Alicia Navarro of Skimlinks to unpick the future of digital advertising.

10. See the future of connected tech

Alex Hawkinson, CEO of SmartThings, will be demonstrating the next step in connected tech live onstage. Winners of the Spark of Genius Award at Dublin WebSummit 2012, the company will show how sensors will radically change ever facet of our lives and businesses.

Tickets for the Web Summit are available now. 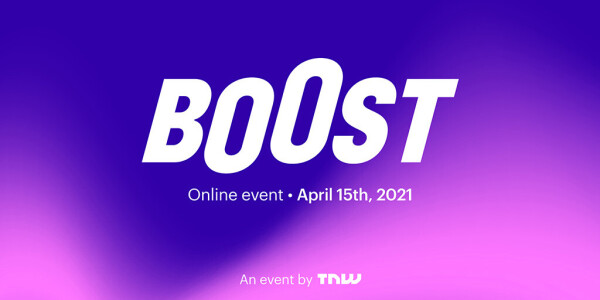