A good headset is every gamer’s best friend — a way of getting ourselves properly immersed into the worlds we love, shutting out the mundanity (and, given this year, horrors) of the regular world. So is the new Logitech headset worth its price tag? Yes… but with some reservations.

Logitech recently launched the wireless version of its Pro X headset. Logitech products have generally treated me well — I even reviewed (and appreciated) a set of speakers from the company, so I knew it could do the sound thing right. My go-to headset up to this point was my old reliable HyperX, but it’s over 5 years old now and wasn’t perfect to begin with, so I wanted to see if Logitech‘s offering was any better.

The Pro X Wireless headset is virtually identical to the Pro X wired headset, except it runs on 2.4 Ghz frequency by way of USB dongle. It comes with two sets of cups, a charge cord, and built-in Blue Vo!ce microphone filters.

I’ll be upfront: I’m not our site’s resident sound person. That’d be my esteemed colleague Napier Lopez. So I’m not coming at it from the perspective of whether these are just the best sounding cans ever. I’m coming at it from the perspective of whether it fulfills the needs of a gamer. Is it going to keep the same level of sound quality across multiple kinds of games? Can I wear it for upwards of eight hours at a time without issue? Does it handle voice chat well?

I tested the headset on three of my gaming devices: my PC, PS4, and my docked Nintendo Switch. I tested both the faux leather cups and the softer fabric ones. I played Doom Eternal, Ghost of Tsushima, and Bayonetta (look, I’m not going to have my favorite game on the Switch and not play it) and a few other titles. I also tested the headset and mic on Discord calls, just because it was easier to convince someone to listen to me test the various voice settings there than in the middle of a multiplayer match.

I’ll start with this upfront: the headset is really good. I enjoyed using it very much and I had no complaints most of the time it was on my head. I appreciated that it was easy to use on all three of my gaming devices, and how consistent it was every time.

The sound quality in general was excellent. It wasn’t too obnoxious or overpowering. I played the whole opening sequence of Bayonetta — which can charitably be described as a punch-em-up set to Dies Irae while a deep-voiced narrator drones exposition — and was able to fully hear everything going on. Also, playing Ghost of Tsushima was great, as the Pro X gave me a great sense of direction from its sound, and it was easy to pick out from using it where sounds were coming from. It certainly made stealth missions more entertaining than they were with just my TV speakers.

The wireless latency and range was also amazing. I put on a YouTube video and walked from one end of my house to another and never did I lose connection or did the sound quality go down. Granted, my house isn’t large, but it’s still impressive that there wasn’t a single drop no matter how far away I got. Walking around the room while listening to a podcast wasn’t even an issue. The battery life was also phenomenal, and I could go for almost a week of constant gaming before it really needed a charge.

Also, this headset is just… insanely comfortable. I’m very picky about comfort when it comes to devices I’ll be using for hours on end, day after day — they either fit right the moment I put them on (or sit on them, or whatever) or they’re not for me. I’m happy to say the Pro X Wireless fell into the former category. Of the two cups it comes with, I prefer the fabric cups, though I will concede that they don’t do as good of a job of noise-blocking. I wore the headset for some pretty lengthy weekend gaming sessions and forgot it was even there a number of times.

The Logitech G technology might not be a draw for everyone, but I did appreciate how customizable the sound was within the G Hub app. I get that most people would just want to plop the headset on, no fiddling required. Ordinarily I’m one of those people. But the G Hub controls were at least easy to use.

Now, on to my problems with the Pro X Wireless. First, it’s not the most flexible device. Not that I need a headset to be able to bend very much when I’m using it, but I would have liked the cans to have even a little give to them. The placement of the buttons took some getting used to. Based on where the microphone jack is, the buttons for turning the mic on and off, and the dial to turn sound up and down, are on the back of my left ear cup. So every time I went to take the headset off, I inevitably either turned my mic on or cranked the volume up to 11 by accident, since these controls were exactly in the place my thumb naturally landed, and it took a little bit of self-training to correct.

Also, the microphone, while not terrible, wasn’t that good, either. Sure, the G Hub app gives you the aforementioned Blue Vo!ce options, but I decided to live dangerously and jump into a Discord call the moment I plugged the dongle in, not bothering with it. And… I didn’t sound that great. Not terrible, but not amazing, either. Not to knock the Blue Vo!ce technology, either, but while those controls are appropriately fun to fiddle with, I found I had to do quite a lot of fiddling just to get my voice to a somewhat passable sound.

As for the sound, while it’s generally very good (see above), I will say the bass is kind of disappointing. Again, I’m not Napier, and I’ll probably disappoint the heck out of him with my lackluster listening skills, but the best way I can describe it was “wimpy.” Playing Doom Eternal, a game in which a metal band constantly follows you around (more or less) was just not as exhilarating in this headset.

Probably my biggest bugbear, though, is the charge cord. It doesn’t enable an audio connection, meaning you’ll still need to have the dongle plugged in in order for the headset to work even as its charging on another cable. Sure, the headset‘s lengthy battery life means this is only going to be an issue once in a while, but it’s still weird to me that I need to sacrifice two USB slots in order to charge and use it at the same time. I have a crapton of devices — I rarely have two USB slots open at the same time without sacrificing something else.

One final thought: at $199.99, the headset costs a pretty penny. I think a good headset is worth investing in, but I also know not everyone has quite this much in the bank.

In conclusion, I think it’s an amazing headset that I would keep using, but it’s not the best I’ve ever used. I can see some of the issues being dealbreakers for you, even if they weren’t for me. But if you want a solid headset from a recognizable company with great battery life, sound, and a reliable wireless connection, I do recommend this one. 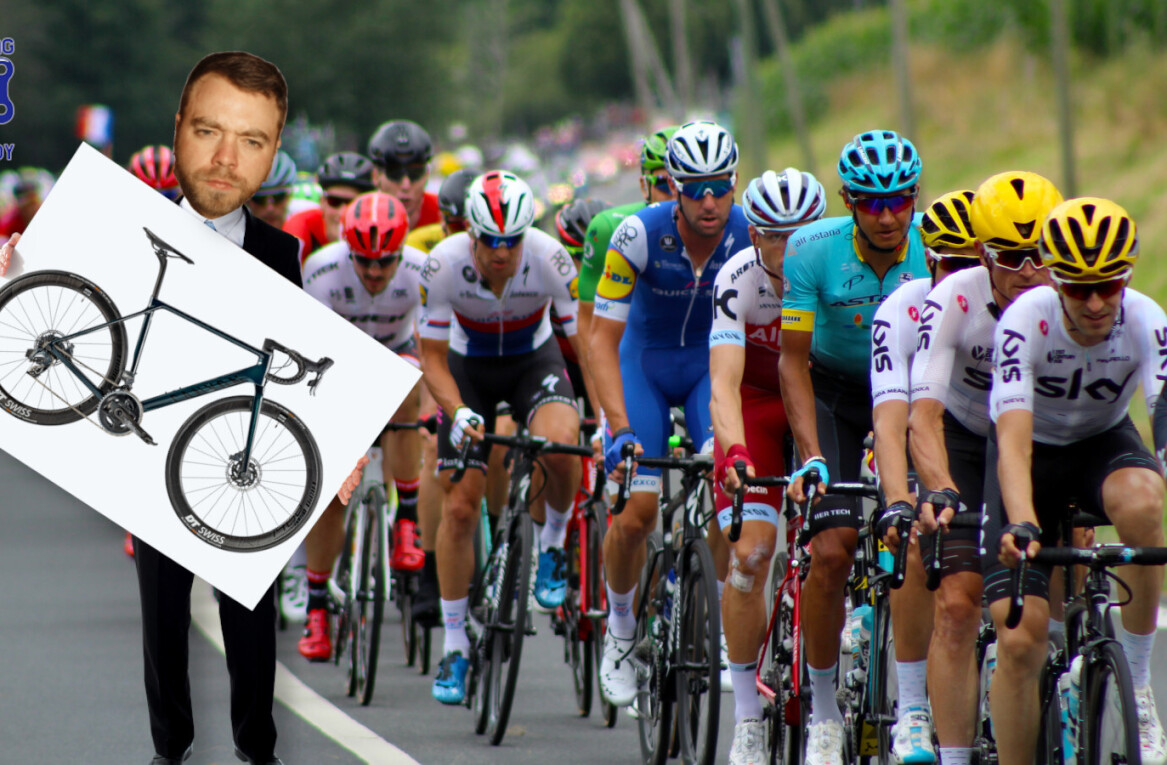 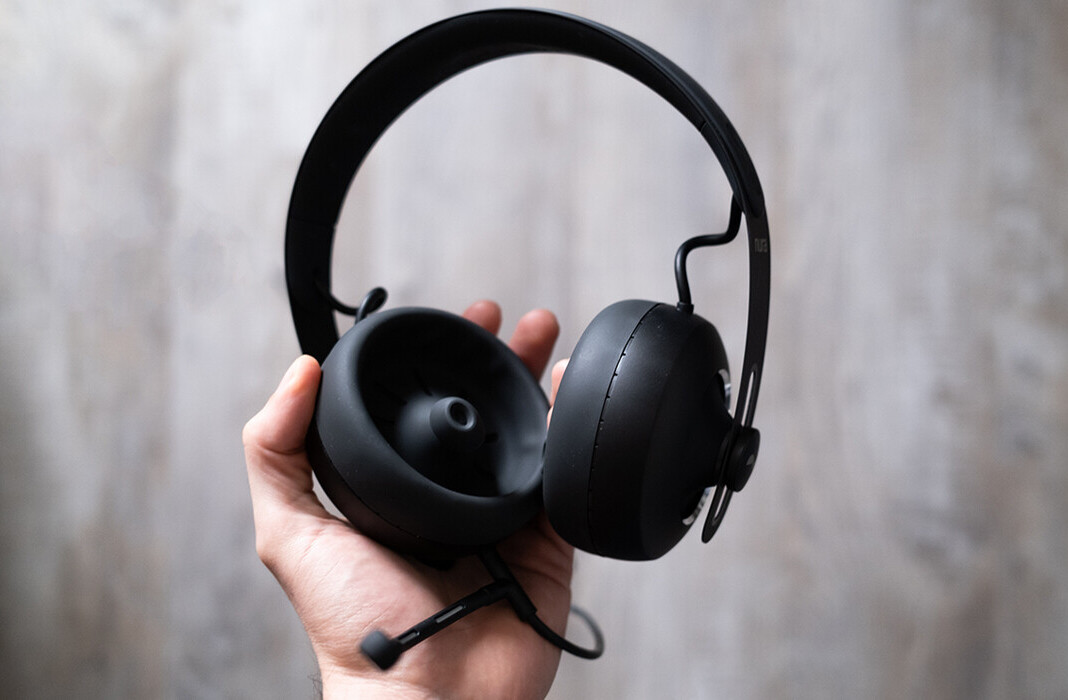